You are here: Home / The Species / Bald Eagle, Then Considered Endangered, Has Made Its Comeback

Even though some conservation efforts can seem a little bleak, sometimes we can get rewarding, positive results as well. For instance, after years of trying to protect and bring back bald eagles in Vermont, the bird has been removed from the state’s list of threatened and endangered species.

“This reflects more than a decade of dedicated work by Vermont Fish & Wildlife and partners. It shows that Vermonters have the capacity to restore and protect the species and habitats that we cherish.”

During a two-week survey and observation in 2021, biologists saw at least 44 bald eagles, 25 adults and 19 juveniles. Even though it doesn’t sound like a lot, this number is actually greater than what they found in the previous four years.

According to the U.S. Fish & Wildlife Service, the USA used to be home for over 100,000 nesting eagles when the president declared them the national bird in 1782.

Unfortunately, humans in the olden days (well until the retro years) didn’t know better and/or were ignorant that they nearly wiped out the population, especially the use of DDT.

Hey farmer, put away your DDT

What seemed to be a totally harmless substance to use had left a significant impact on the bald eagle population. Per conservation biologist for Vermont Audubon Margaret Fowle, all birds which were at the top of the food chain declined dramatically, as DDT was prevalent until mid 1900s.

Because it was widely used, this pesticide made its way into the waterways and contaminated everything, including the wildlife. Eagles fed upon poisoned fish and the pesticide thinned their egg shells, causing them to crack before they could even develop.

It was so devastating that in 1963, there were only 487 nesting pairs of bald eagles in the US. DDT was fortunately banned in the 70s, and the bird was under the Endangered Species Act protection. Since then, the numbers have climbed up.

Fowle said, “The bald eagle is one of the original species listed under the Federal Endangered Species Act.

“It was kind of a wakeup call with this decline that the bald eagles went through for us to realize some of the things we’re doing to the environment and how they affect the wildlife and the ecosystem.”

According to Vermont Audubon, the state had challenges when it wanted to restore and recover the species.

In 1987, the state labeled them as endangered. Then, they did a reintroduction program from 2004 to 2006, releasing 29 eagles. Even so, Vermon remained to be the only state in the US that saw no success in terms of eagle breeding until 2008, when an adult pair managed to raise an eaglet.

And it’s only recently that these eagles have made its comeback.

Vermont Secretary of Natural Resources July Moore said, “It’s an exciting moment. And frankly, I look at this as building on the history we’ve had of successfully recovering birds in Vermont, including osprey and peregrine falcon and common loons.” 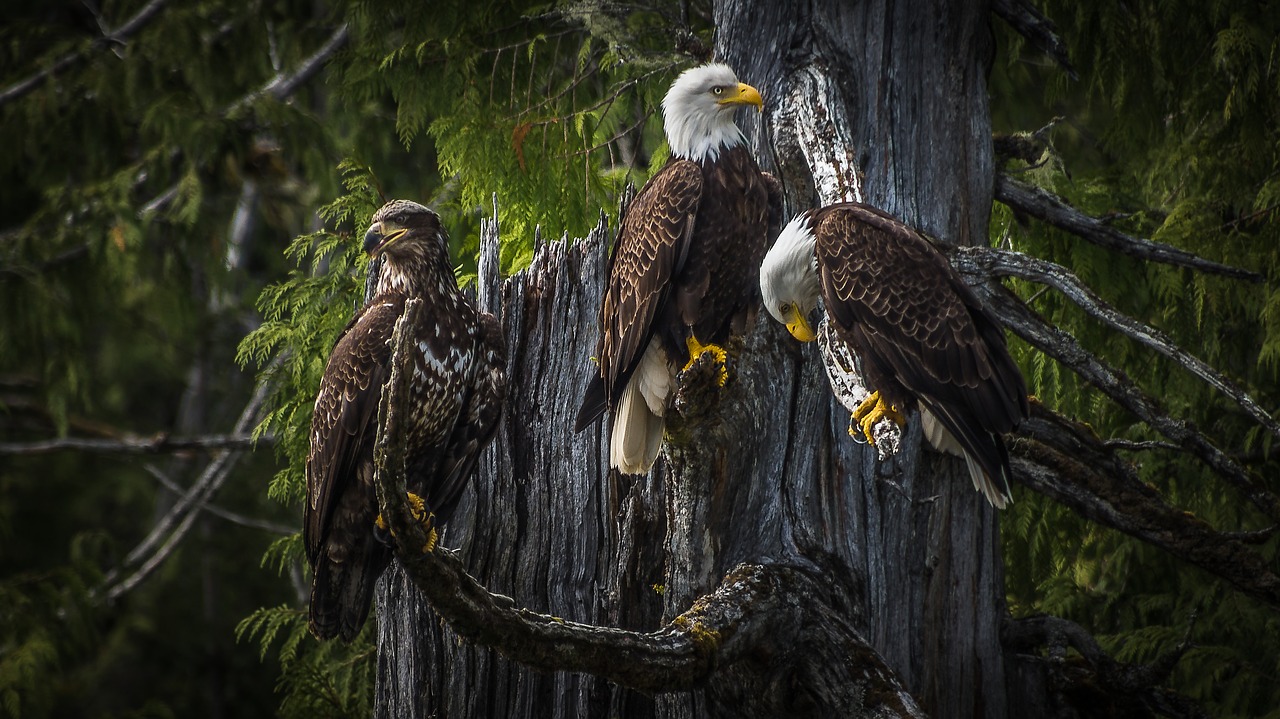 The journey from near extinction to the eagles’ return

It all began when the Continental Congress put the bald eagle on the Great Seal of the United States in 1782.

This species itself has been revered by Native American cultures, and it’s endemic to North America. That’s why, American people back then who wanted to separate themselves from Europe began to assert that image to the country. Ever since, the bald eagle has reigned as a symbol of national unity and strength.

But it wasn’t long after that sort of pride that the past-life American kept targeting the bird for eradication s they did other predators and animals, like wolves and coyotes. Rather ironic since they displayed its image in public ceremonies.

It was so bad that in 1940, Congress passed the Bald Eagle Protection Act to preserve “a symbol of the American ideals of freedom.” Harming an eagle now brought fines and a prison sentence.

At first, it was okay, it looked as if there was a chance for the birds to make a full recovery, and things were improving. That is, until the American began using DDT, as mentioned above.

The causes, however, were not only limited to DDT. As we know, factories began to spread, people began to depend more on convenient and easy stuff. Biocides still contaminated the eagles’ food, factory and automobile exhaust their air, and waste products tainted their water.

Thanks to 20 million Americans nationwide in the 70s, there was a major clean-up and tree-planting campaigns and protest marches on the first Earth Day, April 22 that year.

Ever since, people have become more aware about how important it is for the eagles to have a quality of life within healthy habitats.

What happened after the 70s movement?

After the first Earth Day, Congress responded in swift order with a series of landmark environmental laws, including the Clean Air Act and Endangered Species Act.

And as mentioned, finally DDT got banned and the U.S. Fish and Wildlife Service imposed harsher penalties for harming eagles, and Congress gave decisive bipartisan support to the Clean Water Act.

Recently, the CWA initiated the revitalization of our rivers, lakes and coastal waters, the majority of which were unsafe for fishing and swimming. More efforts were done to ensure the eagles’ comeback.

And in 1974, the U.S. Fish and Wildlife launched initiatives to reintroduce eagles to revitalized environments, counting on their domestic instincts to advance their recovery.

Having elevated their breeding population in the lower 48 to more than 6,000, bald eagles were ready to come off the Endangered Species List in 1999. However due to bureaucracy, it was delayed until 2007.

Now, amidst the sad decline of some of the world’s national animals like India’s tigers and leopards and Masai Giraffes, the bald eagles are steadily increasing.

During the 2010s, their population quadrupled, reaching roughly 300,000 in the contiguous U.S.—equivalent to the estimated number in the 18th century.

Let’s hope that they will continue rising in populations so that the USA can keep having these birds as its national unity and strength, and they won’t ever become merely a symbol on coins or seals like our long-lost Dodo.