You are here: Home / The Species / Birds Living in Urban Areas Have Song Learning Deficits

Traffic—we hate it when it’s congested or jammed, don’t we? Well, birds don’t exactly fancy traffic either, due to the many noises it generates.

It may be a simple, day-to-day thing for us humans, but traffic noise is actually a serious pollutant for many. Other than the health of our lungs, there has been records of severe noise-induced diseases in adults as well as links to learning impairments and language deficits in children.

Now, songbirds are like children, in a way that they learn vocalizations from adult tutors during a sensitive period early in life. Within usual, normal circumstances, the songs become stable and stereotyped at an age of around 90 days. Then, everything stays the same until the end. This process is called “crystallization.”

What happens if humans and their creations intercept such process? To understand the cause and effect of chronic noise exposure to cognitive deficiencies, researchers studied the song learning and immune function of young zebra finches exposed to traffic noise.

In this study, the scientists raised male zebra finch chicks in two groups. When it was time for their crucial song learning period, the researchers played recorded song of adult males in both groups.

However, one group got an additional exposure to traffic noise which had been prerecorded in bird habitats close to busy roads in the city of Munich, Germany.

Next, the researchers observed the singing activity of each male and compared their song development and learning success. Other than that, they measured each finch chick’s immune responses while they were growing up.

After the research, the scientists found that young zebra finches with an exposure to realistic levels of city noise had weaker immune responses than chicks from quiet nests. Therefore, noise in that group had become a source of chronic stress in these young birds.

Moreover, birds in the noise-exposed group had stunted vocal development. They went through the process of crystallization more than 30% than control group, with significantly lower accuracy in their song learning.

Research project leader Henrik Brumm said, “Our findings indicate that young songbirds, just like human children, are particularly vulnerable to the effects of noise because of its potential to interfere with learning at a critical developmental stage.”

Results of this study suggest that traffic noise, which has been an issue for humans, can also have the potential to leave permanent negative impact on the cultural evolution of bird song. The reason being that noise-induced copying errors are likely to accumulate as song passes from one bird to another.

“Our paper marks a breakthrough in the study of the effects of anthropogenic noise,” said one of the research team, Sue Anne Zollinger.

“It establishes bird song as an experimental paradigm for future studies on noise-related cognitive and developmental impairments, especially in regard to vocal learning deficiencies and speech development,” Zollinger said. 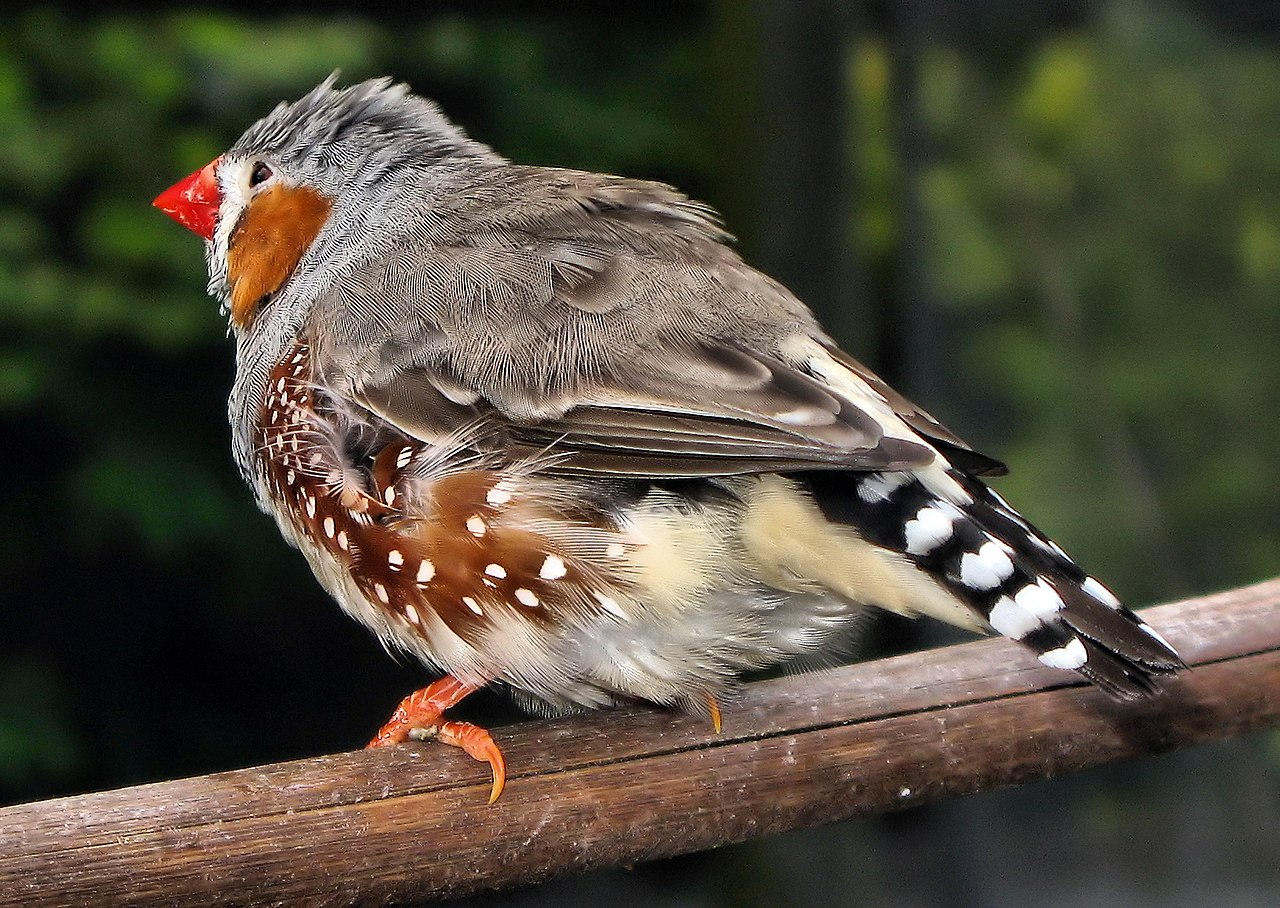 Bird populations around the world are getting smaller

The noise pollution research is important not just because it helps us conserve songbirds, especially those living in urban areas, but also preserve the species better in the near future. It may be a lot more significant sooner or later, since global bird populations has declined and will continue declining.

Senior lecturer at Manchester Metropolitan University and lead author Alexander Lees said, “We are now witnessing the first signs of a new wave of extinctions of continentally distributed bird species.

“Avian diversity peaks globally in the tropics and it is there that we also find the highest number of threatened species.”

According to the study, there are many estimated numbers that, while some may look encouraging, the rest of the numbers doesn’t.

Approximately, 48% of existing bird species worldwide are known or suspected to be undergoing population declines. Populations are stable for 39% of species, with only 6% are showing increasing population trends, and the status of 7% is still unknown.

The changes in avian biodiversity that the authors assessed were from data of International Union for Conservation of Nature’s “Red List”. They looked at population changes among the world’s 11,000 bird species.

What they found was similar to the results of a seminal 2019 study. In that previous research which was led by the same lead author, the scientists determined that nearly 3 billion breeding birds have been lost during the past 50 years across the United States and Canada.

Ken Rosenberg from the Cornell Lab said, “After documenting the loss of nearly 3 billion birds in North America alone, it was dismaying to see the same patterns of population declines and extinction occurring globally.

“Because birds are highly visible and sensitive indicators of environmental health, we know their loss signals a much wider loss of biodiversity and threats to human health and well-being.”

Still optimistic about the future

It may seem a little bleak, but the study authors still believed in the current avian conservation efforts. However, there needs to be transformative change.

Lees said, “The fate of bird populations is strongly dependent on stopping the loss and degradation of habitats. That is often driven by demand for resources. We need to better consider how commodity flows can contribute to biodiversity loss and try to reduce the human footprint on the natural world.”

Other than degradation of habitats due to land use, there are many other things that may improve bird populations such as reducing traffic noise, which proves to be problematic for their growth, as well as keeping invasive species at bay and keeping cats indoors.

Because yes, even though your cats don’t look the type, hybrid (indoor-outdoor) cats could boost the decline of bird populations. As explained in this previous article, cats are actually excellent hunters and the Australian who have unique, endangered, native species haven’t been happy because of their existence.

There have been initiatives to improve the hunting cat problems, along with other efforts. And Rosenberg remains having a positive outlook about bird populations in the future, too.

“Fortunately, the global network of bird conservation organizations taking part in this study have the tools to prevent further loss of bird species and abundance. From land protection to policies supporting sustainable resource-use, it all depends on the will of governments and of society to live side by side with nature on our shared planet,” Rosenberg added.