You are here: Home / The Species / Drinking Invasive Crabs: A Distillery Turns Them into Whiskey

Where it is from, namely the coasts of northern Africa to Norway and Iceland, European green crab is just considered a usual, problem-free type of crab. However, in the USA and Canada, they’re the opposite.

Coming in the 1800s, this species traveled to many parts of the world like the Mid-Atlantic to Prince Edward Island and Newfoundland by ballast water of trading ships.

Ever since, the crabs have thrived and grown their numbers significantly. For one, the crabs have monstrous appetites and are adept to adapt and reproduce. As you’ve probably guessed, they’ve feasted on soft-shell clams and blue mussels, overtaking fisheries in many affected areas by outcompeting them.

Consuming these crabs has been one of the main solutions, much like eating signal crayfish in England. But what if there’s another way to enjoy slash reduce the crab population, like drinking their “extract,” so to speak?

A distillery in New Hampshire called Tamworth Distilling is fighting the East Coast’s invasive crabs by turning them into “Crab Trapper,” a cleverly named crab-flavored whiskey.

Product developer Will Robinson said, “People are going to hear crab whiskey, and I’d venture to say three-quarters of them are going to go, ‘No, absolutely not.’ But if you can get them to taste it, they totally change their tune for the most part.”

To make the whiskey, the process starts with crab stock that’s then distilled using a vacuum still. Then, the distillery mixes and combines spices like mustard seed, coriander and cinnamon with a bourbon base.

What does it taste like then? “A briny and better Fireball,” said owner Steven Grasse. According to the distillery, each bottle uses about a pound of crabs.

Green but not eco-friendly crabs

European green crabs are barbaric–annihilating any creature that dares cross their path—including each other.

I mentioned that they are adept at adapting, and you can take my word for it. They’re incredibly hardy, being able to live in a wide range of temperatures and salinities, survive out of the water for long periods of time, and produce an abundance of offspring.

Marine biologist and fisheries specialist at the University of New Hampshire Gabriela Bradt stated, “They are probably one of the most successful invasive species that we have in North America, at least in the marine world. They can eat about 40 mussels a day, just one crab. And so you multiply that by a bazillion, and you have no more clams.”

Previously, New England has kept numbers of green crabs down. However, the population has exploded in the last ten to 15 years as temperatures have become much warmer.

Apparently, green crabs are popular in Venetian restaurants. But inspired by the success in Europe, the University of New Hampshire’s NH Green Crab Project is exploring establishing a similar fishery and market demand in the U.S. as a possible solution.

Robinson said, “Currently, there is no strategy in place to control the populations of green crabs, and there is no real commercial market or fishery for these invaders. Green crabs are edible, although they are notoriously low yield, providing significant challenges to being used in traditional culinary creations.” 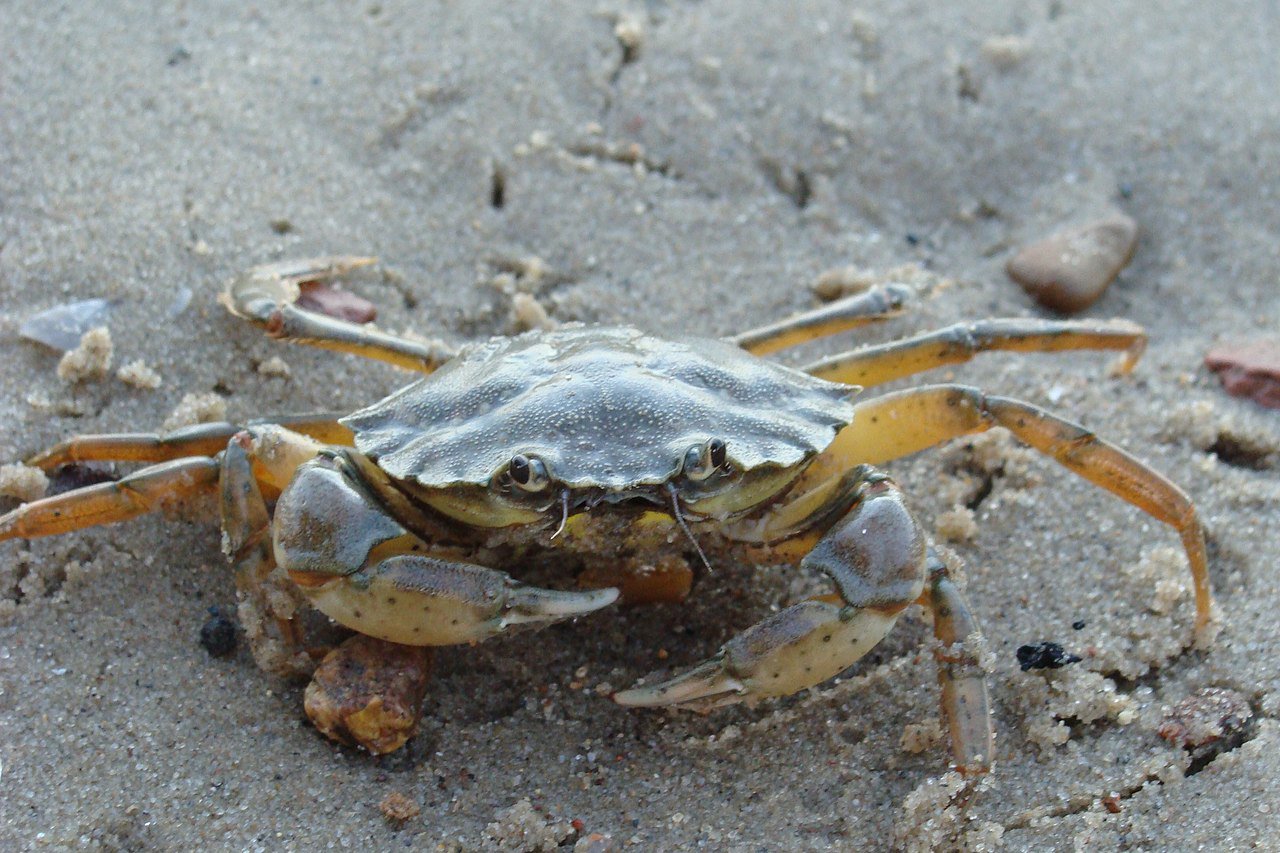 Previously, Tamworth Distilling has experimented with unusual flavors in the past. Last year, they’ve produced “Eau de Musc,” using the oil extract from the castor gland of the North American beaver to flavor the whiskey.

Other than the distillery, the company also wants to be a sustainable business. Grasse said, “Sustainability and the wilderness surrounding our facility in Tamworth, New Hampshire, is a major source of inspiration for all new products. The unexpected results of these wild experiments are why we love using local flora and fauna as ingredients in our spirits.

“Totally unexpectedly crab and whiskey do in fact go together — but who knew the unique flavor combination would create an all-natural and sustainable riff on Fireball? We certainly didn’t!”

When one has got a species called carcinus maenas that translates to raving mad crab to deal with, and they’re invading a territory, one must do something to stop that.

It is said that these crabs are, to their core, the perfect invasive species due to their adaptability and rapid reproduction–made worse with the warming waters.

For instance, The Gulf of Maine is heating up faster. This has given fisheries in Main a lot of obstacles and challenges to overcome. According to one report, at least 64 invasions have been documented in the Gulf, with more anticipated and possibly many others unaccounted for.

And as I mentioned, people have consumed them as food for years as one of the ways to combat their invasion. Sadly, turning them into food has its challenges.

Marissa McMahan, director of fisheries at the environmental nonprofit Manomet said, “One of the biggest challenges with creating a market for any invasive is … do you focus mostly on creating supply or do you focus on creating the demand? And how do you divide your effort among those two things?”

Despite many encouragement and small campaigns about eating these crabs, they’re basically an unknown culinary entity. For now, McMahan is concentrating on boosting more interests from people.

Therefore, she reached out to restaurant owners, chefs, and educators, introducing them to the crab’s potential as a main ingredient.

But it’s not just that, the regulations could potentially make things harder as well. As of now, there’s no rules for fishing green crabs. But once the green crab fishing becomes a profitable fishery, there might be some.

On one hand, Waks Adams who used to run restaurants in the past uses the crabs in her recipes. On the other hand, the ones eating her food are not all too happy. She questioned, “How do you create a market for something no one is really looking for?” 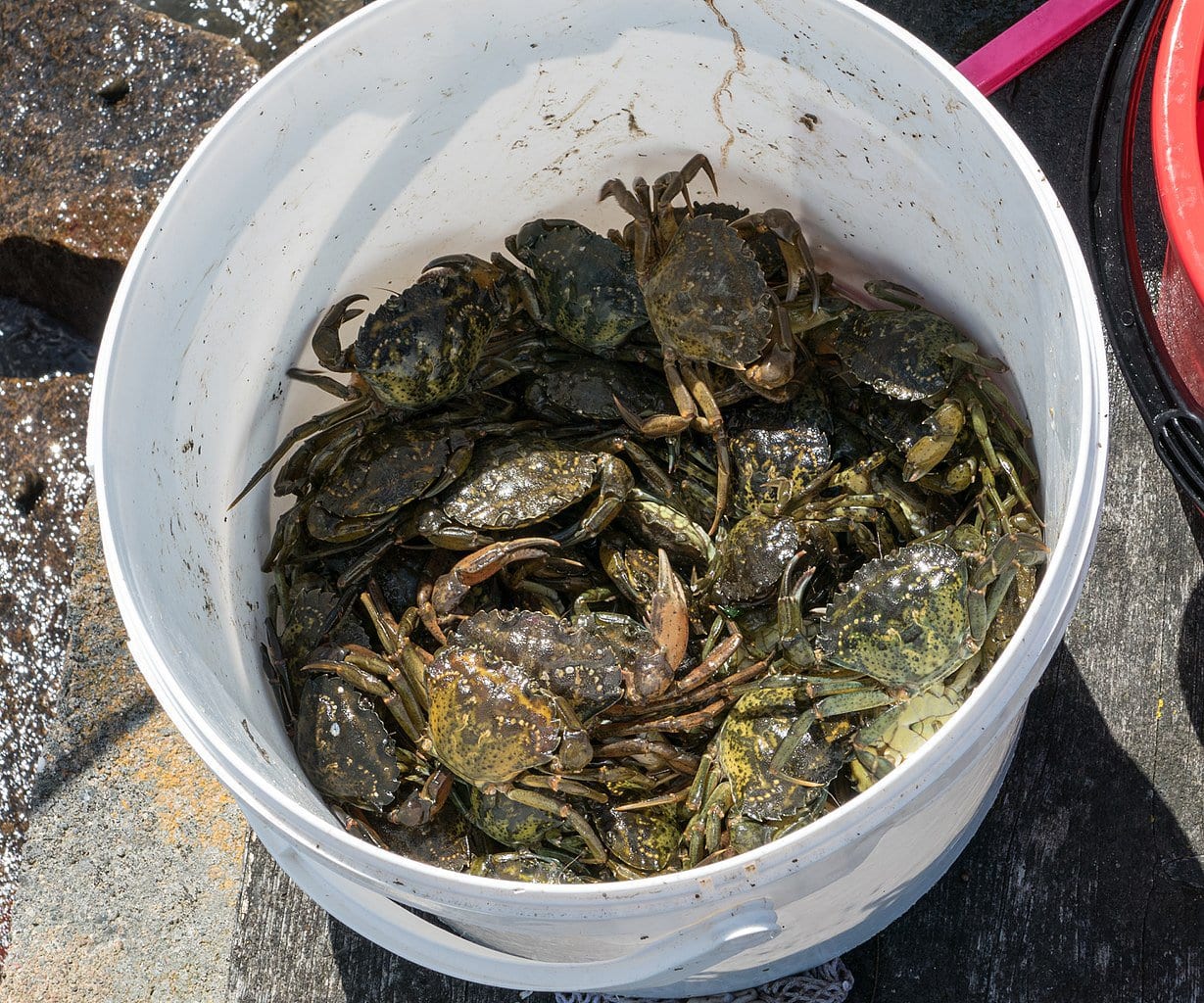 Not a great solution?

Many people who have tried the cooked green crabs have said that they can be delicious, despite having rather tricky preparations. Moreover, there are green markets abroad, and the potential for a fishery seems high and likely.

However, critics have stated that eating invasive species, whatever it may be, is not an effective tool for culling them. In fact, that could spread the populations to different regions.

Of course, the critics face a rebuttal saying that eating them is better than nothing. Besides, coastal places with a lot of seafood specialties like Maine could be a great place to market and promote eating ocean invasives.

In some ways, the mood has been established. Who wouldn’t want to eat tasty green crabs in a place known for being a seafood region? McMahan said, “Maine has a great culture of eating local, and an amazing reputation for seafood in general. So yes, it is a great place to eat invasives, particularly marine invasives.”

But what do you think? Should we eat the green crabs or should we do other things to get rid of them? Do share your thoughts in the comments.