Green Surgery? Anaesthetic Gas Can be More Eco Friendly in the Future

You are here: Home / Eureka Green / Green Surgery? Anaesthetic Gas Can be More Eco Friendly in the Future

In my musings, I frequently wonder if an activity is eco friendly or not (like a beauty salon, online business, etc), but I had never wondered about hospitals. And I’ve just found out that conventional anaesthetic gas is not sustainable. A hospital in the UK has switched to the greener version, so in the future, all hospitals might do the same.

Now, the thing about hospitals is that there are actually hazardous chemicals resulted from activities carried out during a typical day at a healthcare facility like processing lab samples, burning fossil fuels, and many more.

According to an essay from National Center for Biotechnology Information (NCBI), “Anesthetic agents used today are volatile halogenated ethers and the common carrier gas nitrous oxide known to be aggressive GHGs. With less than 5% of the total delivered halogenated anesthetic being metabolized by the patient, the vast majority of the anesthetic is routinely vented to the atmosphere through the operating room scavenging system,”

In the UK, doctors have tried to stop the use of desflurane, which is one of the most commonly used gases to put patients asleep, because apparently it is nearly 4,000 times more harmful for global warming than carbon dioxide. It’s twice the amount of the one in NCBI essay. 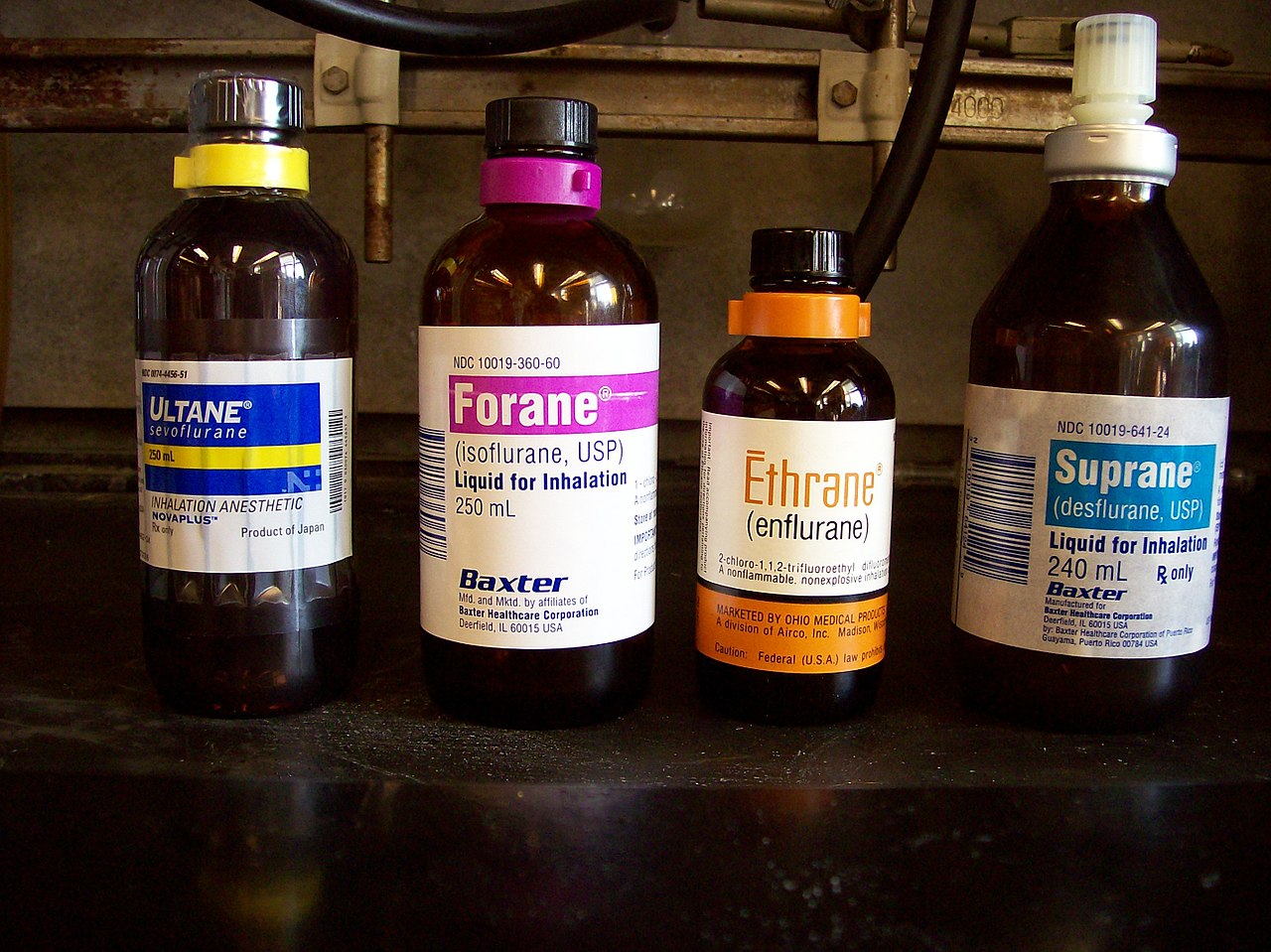 And not just that, nitrous oxide used frequently to give pain relief for women giving birth is also under the spotlight for its damage to the environment. This one is a bit complicated, though, because it’s safe to use and midwives can administer it without the need of a doctor’s presence.

A Scottish hospital Raigmore Hospital has effectively stopped using desflurane over climate change fears, and they’ve switched to another anaesthetic agent called sevoflurane. This way, they’ve reduced the hospital’s CO2 equivalent emissions by 4.5% and saved around £73,000 a year.

Both desflurane and sevoflurane are actually potent greenhouse gases and they are common inhalational anaesthetic drugs. However, the latter is less harmful.

Health officials stated that using desflurane for eight hours of surgery emits the equivalent of driving a car around 6,700 kilometers. Sevoflurane has 349 times the global warming potential over 20 years of carbon dioxide, but desflurane has 3,714 times. Additionally, all types of anaesthesia used by one mid-size hospital contributes the same emissions as up to 1,200 cars on average every year.

In other words, anaesthetic agents that are widely available until today is quite problematic after all. But as I mentioned, that might change in the future because the beginning of the shift has begun.

Maybe I’ve been so stuck inside my own world for quite a while that I didn’t know the NHS produces about 22.8 million tons of carbon dioxide equivalents per year.

According to a report by the Health Care Without Harm (HCWH), the NHS produces higher emissions than the global average for healthcare and is responsible for 5.4% of the UK’s total carbon emissions, equivalent to the greenhouse gas emissions of 11 coal-fired power stations.

That amount of CO2 is mostly found through the use of Entonox (gas and air) in labour wards. Therefore, The NHS Long Term Plan commits the health service to cutting its carbon footprint, with a decrease of 2% by changing anaesthetic practices.

Simon Stevens, NHS chief executive, said, “The NHS has already cut its carbon footprint by one fifth in the past decade and is working with clinicians to use lower carbon anaesthetic gases, where it is safe to do so, as set out in the Long Term Plan which is not only good for patients but also the planet.”

Women in labour could use remifentanil PCA (patient-controlled analgesia). It’s a drug that has become more widely used in recent years and is thought to reduce the use of epidurals, and it’s a greener alternative for women who need pain relief. 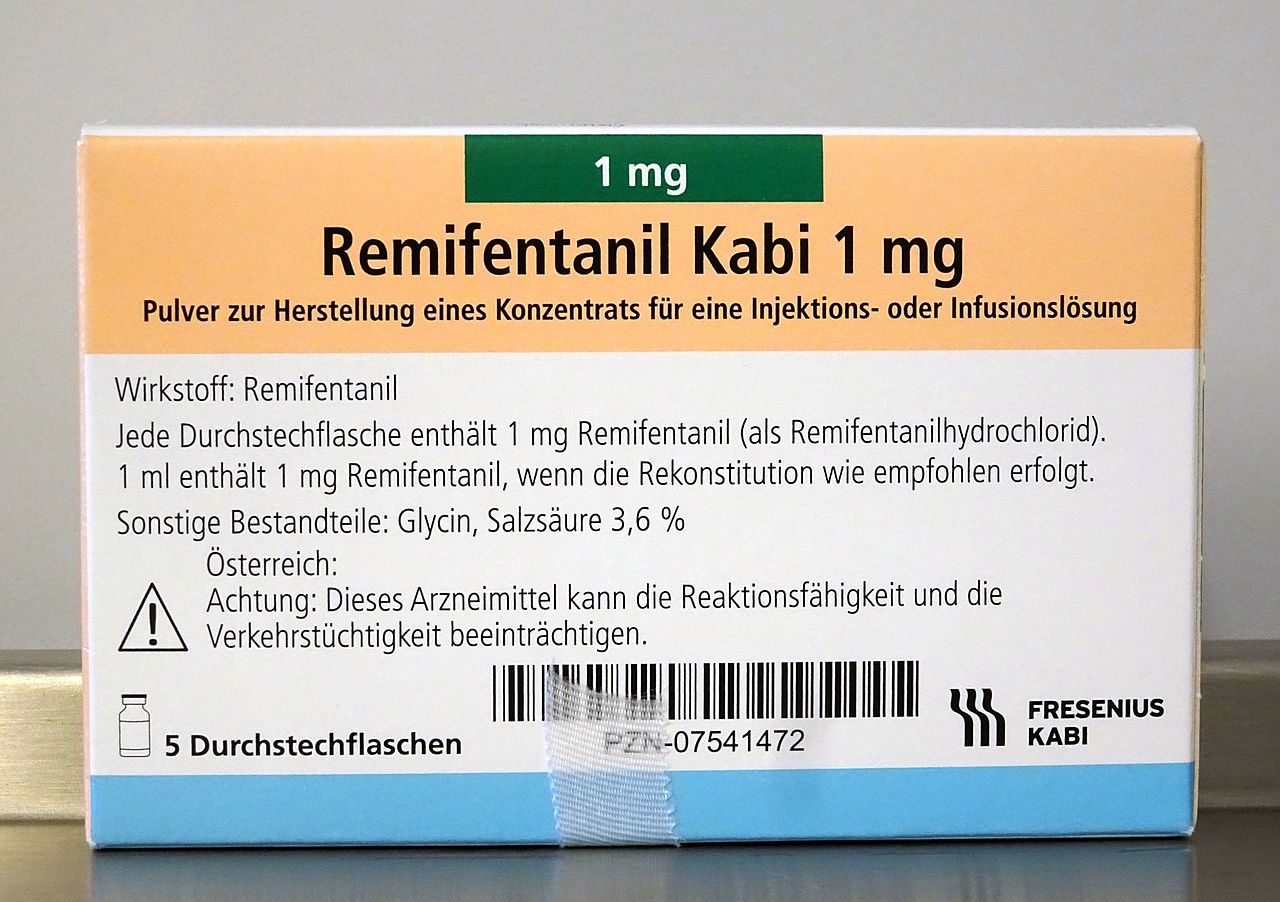 “Remifentanil is a very potent morphine-like drug that is broken down in the body very quickly. It is hundreds of times more potent than other drugs used for pain relief in labour such as pethidine, morphine or diamorphine (heroin),” said Prof Harrop-Griffiths.

“It must be delivered by computerised syringe pumps that can accurately give small amounts of the drug intravenously on demand. Algorithms in the computer make sure that the woman cannot demand too much drug.”

Unfortunately, hospital rules usually demand continuous monitoring by a midwife, and this is a problem because the NHS faces a staffing shortage. Harrop-Griffiths said, “With many hospitals experiencing shortages of midwives, the use of remifentanil may have to be limited for safety reasons,”

“Remifentanil may help the environment by reducing nitrous oxide use, but patient safety must always come first for the NHS and, if we do not have sufficient numbers of trained midwives, we may not be able to decrease the use of nitrous oxide as much as we would like to,”

“Entonox has a long and safe track record in labour – it is a 50/50 mixture of oxygen and nitrous oxide that provides pain relief. It is not as effective as an epidural but is safer, does not require a doctor to prescribe or administer and is often all that is needed to help a woman with the pain of labour,”

“Nitrous oxide is very safe – it is not possible to give an overdose. Remifentanil in overdose can quickly stop a woman breathing. Although there were initial concerns about its use for labour – for the safety of the woman and the baby – experience is increasing with its use and studies suggest that it can be used effectively and safely provided women are monitored closely.” 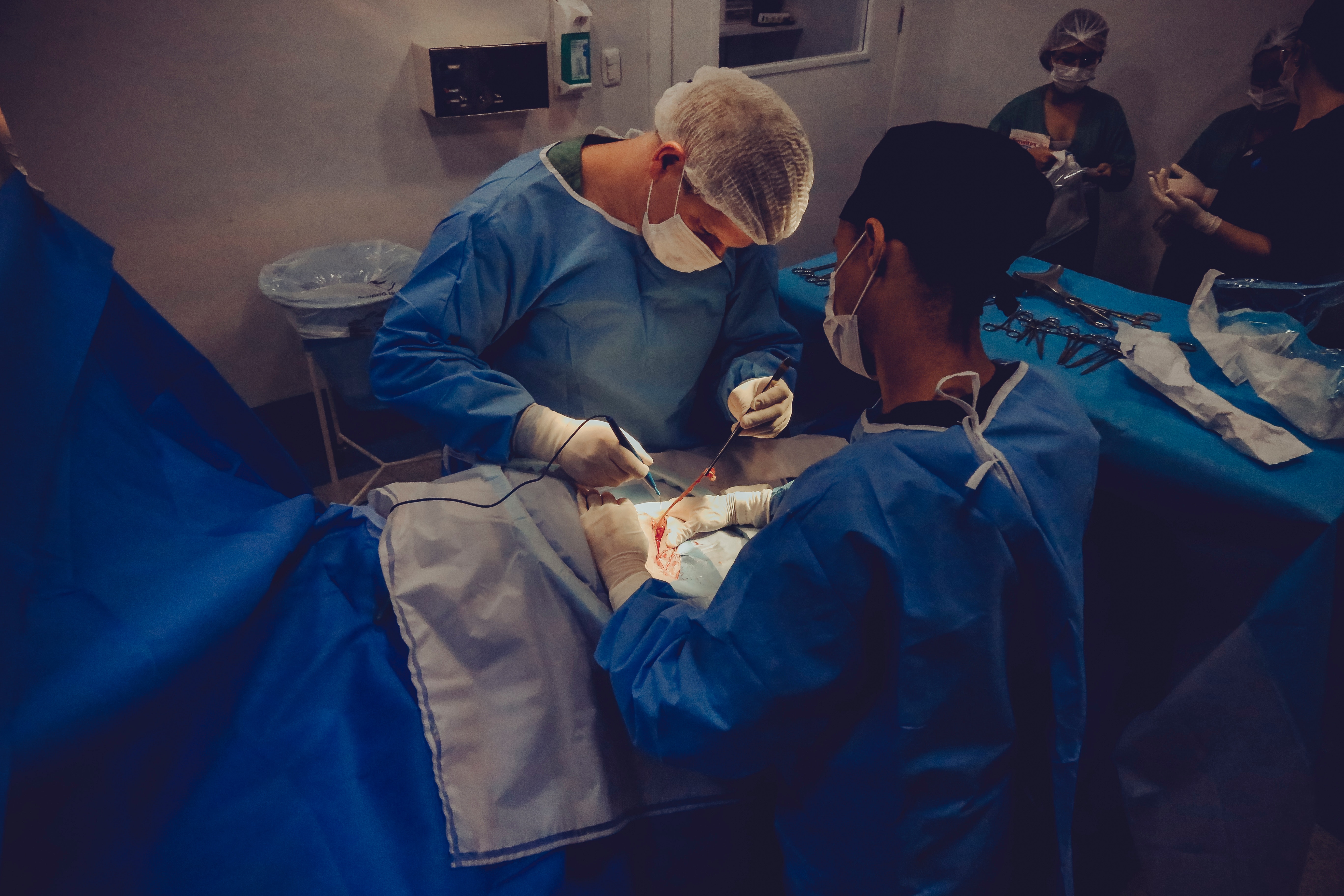 After finding out that there are things that are not eco friendly in healthcare practices, I found out that there are also ways to reduce carbon footprint in hospitals. The complete list is here, but one thing that caught my attention is reusing surgical equipment. I thought surgical stuff are meant to be disposable since the procedure needs all kinds of sterile things, but apparently that’s not always the case.

In fact, research in Australia and Germany has shown that reusing standard breathing circuits used to deliver oxygen and gases to anaesthetised patients does not increase the risk of microbiological contamination. Moreover, reusing them yearly for a six-theatre operating suite saved around A$5,500 and the equivalent electricity and water savings of one entire Australian household.

So I guess, if you run a clinic or anything that requires sterile equipment, find out the ones that you can reuse so that you reduce your carbon footprint as well as your expenses.