You are here: Home / Hello Earth / When the Place You Live in Gets Awfully Hot, AC is No Longer a Luxury

Heat waves have been overwhelming the United States, Europe and Africa, with some areas recording the highest temperature of all time. Many have felt and witnessed the deadly impact extreme heat can have in a country ill-prepared for scorching temperatures.

In the UK, for example, air conditioning is rather scarce. And as a result, public transportation shut down, schools and offices closed, and hospitals canceled non-emergency procedures. Because of impacts like these, a lot of people have been asking if things are going to get better or worse as we progress into the future.

AC is a technology that people take for granted in a lot of countries, particularly the tropical or wealthy ones. However, it can also be a lifesaver during the scorching days. Unfortunately, only about 8% of the 2.8 billion people living in the hottest parts of the world currently have AC in their homes.

What’s going to happen in the future?

In a recent paper, a team of researchers from the Harvard China Project made a model of the future demand for AC as the global temperature gets warmer and hotter as time passes. The team found a massive gap between current AC capacity and what will be needed by 2050 to save lives, especially in low-income and developing countries.

Then, the researchers estimated that by 2050, there will be roughly 70% of the population in several countries in need of air conditioning if the rate of emissions continues to increase. That number gets higher in equatorial countries like India and Indonesia.

The team then calculated that even if the world meets the emissions thresholds laid out in the Paris Climate Accords, an average of 40% to 50% of the population in many of the world’s warmest countries will still require AC.

First author Peter Sherman said, “Regardless of the emission trajectories, there needs to be a massive scale-up of air conditioning or other space cooling options for billions of people so that they’re not subject to these extreme temperatures throughout the rest of their lives.”

Sherman and the fellow researchers examined the days when the combination of heat and humidity could kill even young, healthy people in a matter of hours.

Lethal and fatal events like these can happen when the temperatures are sufficiently high or when humidity is high enough to prevent perspiration from cooling the body.

“While we focused on days when the simplified wet-bulb temperature exceeded a threshold beyond which temperatures are life-threatening to most people, wet-bulb temperatures below that threshold may still be really uncomfortable and dangerous enough to require AC, especially for vulnerable populations. So, this is likely an underestimation of how much AC people will need in the future,” Sherman said. 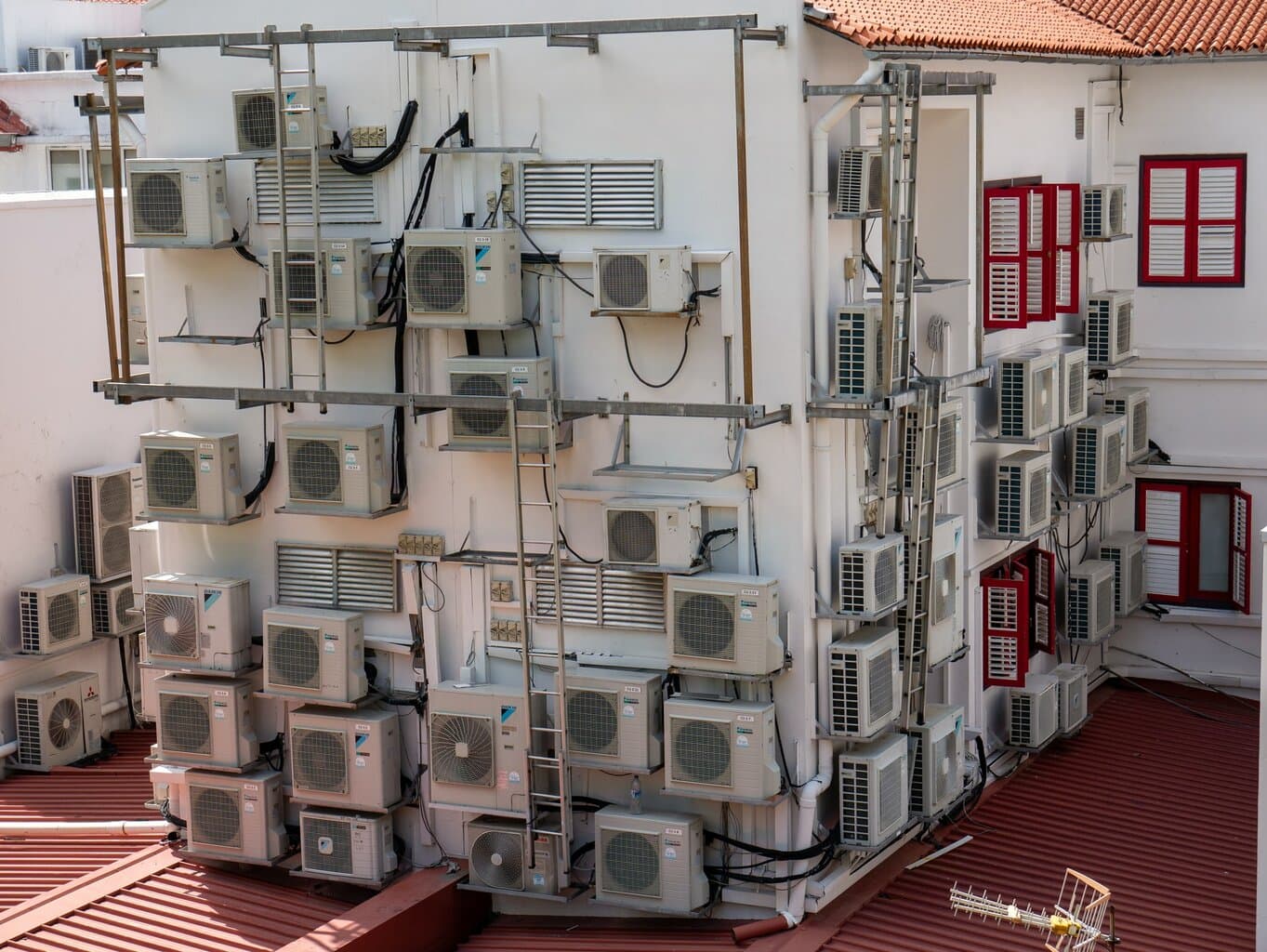 The team looked at two futures. In one case, the emission of greenhouse gases increases significantly from today’s average. In another, which is in a nearer future, the emissions are scaled back but not cut completely.

Countries with high income like the US have a better outcome when it comes to preparedness for even the worst future. Currently, some 90% of the population in the U.S. has access to AC, compared to 9% in Indonesia and just 5% in India.

When the heat becomes too much to near for these two countries, both will need to deploy more air conditioning for each of their urban populations.

What about the energy problem?

However, a question arises. How about the emissions and use of energy from all those ACs? More air conditioning means more power, and the massive increase of usage and demand of these cooling systems could lead to a problematic outcome. For example, air conditioning already accounts for more than 70% of the peak residential electricity demand on extremely hot days in the US.

Sherman said, “If you increase AC demand, that has a major impact on the electricity grid as well. It puts strain on the grid because everyone is going to use AC at the same time, affecting the peak electricity demand.”

One of the researchers, McElroy, said, “When planning for future power systems, it’s clear that you can’t simply scale up of present-day demand, especially for countries such as India and Indonesia. Technologies such as solar power could be particularly useful for handling these challenges, as the corresponding supply curve should correlate well with these summertime peak demand periods.”

Tech expert Saifur Rahman offers tips for conserving energy. “Heat waves are causing heavy usage of air conditioning this summer, which places heavier demand on existing generation assets and transmission lines in areas across the country that could result in blackouts,” Rahman explained.

According to Rahman, areas like Europe have become quite worse by the shortages of oil, gas, and coal used for fuel in generation plants.

Rahman added, “While small steps can be taken now to conserve energy, it will take years to build new generation and transmission capacities. There are no simple solutions to meet this growing demand.”

Conserving energy, per Rahman, must be done shortly.

Tips on how to conserve energy during heat waves

Rahman explained that we could raise the temperature setting on thermostats without being too much. That can drop the air conditioning load by 10–15%.

Lighting is also one of the major loads in commercial buildings. That’s why we can reduce lighting intensity in businesses based on space usage patterns during the day. This reduction can drop electricity usage up to 15–20%

As for residential buildings, one can try to set the thermostat to 80 degrees or higher when no one is home, which can significantly reduce power demand thus relieving stress on the power grid.

Another thing that may lessen the increased electricity demand is dehumidifiers, due to the significantly less power or energy it needs, compared to air conditioners.

Whatever the solution, it’s clear that extreme heat isn’t just an issue for future generations.

“This is a problem for right now,” said Sherman.