You are here: Home / Hello Earth / Italy is Trying to Revitalize Rural Towns, and You Should Go There

What goes to your mind when you hear the name of this country? Probably pizza, pasta, remnants of ancient Rome, coffee, and the people’s accent and hand gestures.

But, before Italy became Italy, this country was a large collection of towns and villages, borghi in Italian, with wildly varied architecture, topography and cultural histories.

Here’s an example of how diverse it is; in the northern towns, Italian is often the third language spoken after German and Ladin, a surviving Latin dialect with roots in the Roman conquest of the Alps.

The central region of Abruzzo has a medieval village that made the Medici family a fortune in the wool trade and another with a church built on the ruins of a Roman-era Temple of Jupiter.

Did you know that until the 20th century, most Italians lived in such rural hamlets, which were often rich in history and natural beauty albeit short on economic opportunity and social services.

It’s just that when industrialization happened, there were migrations to the cities, leaving behind thousands of borghis. As a result, populations declined rapidly and the towns fell into disrepair or worse. To make it worse, floods, earthquakes, wildfires, and landslides damaged them further.

According to the National Association of Italian Municipalities (ANCI), more than 5,000 borghi are considered at risk of depopulation today. Some 2,000 are on the brink of total abandonment—of becoming ghost towns.

Fortunately, not everyone forgets about these rural towns.

Also, local governments will even sell you a house for €1 in 61 towns across the country. The good news is, you don’t have to be Italian to purchase it; but you have to prove you have plans to restore it.

Despite the charm of this highly publicized initiative, the results haven’t been too fruitful. It’s a surprise since nowadays people like contents or shows about remodeling and restoring old or abandoned houses.

The town of Gangi in Sicily, for example, is considered an exemplary success. However, only 13 such houses have sold since the program began in 2009, a rate of just one a year.

Hope is not all lost, though. A recent opinion poll found that this may change soon: two-thirds of people under 39 living in Italy’s borghi say they hope to remain there, suggesting the reversal of a trend from way back; from cities to rural towns.

Not long ago, there was a village which dates back to 7th century BC—a part of Greek colony—that saw the arrival of its first new resident in nearly 40 years.

It was Makandjan Thunkara, a young refugee from Mali, who is working with the town’s only other resident, Rossella Aquilanti, a former postwoman, to restore an abandoned farm.

They work together with young people who come to stay and work the land and look after the pigs and goats. Aquilanti said, “We make cheese and bread, we have a vegetable garden. The only thing we have to buy is wine.”

The borghis that you have to take a look at

So here are the rural towns that you need to visit, take in the view, and absorb the surroundings. There could even be a chance for you to be madly in love with these towns and moved to live here permanently, couldn’t it?

As briefly mentioned above, Abruzzo had a fortified medieval village that was once the Medici family’s base for raising sheep. They sell the wool in Florence, and it sold very well that it helped to make the family rich.

The wool trade remains an important local industry, but the town is equally famous for its lentils, which have been farmed here since A.D. 1000 and are known for their intense flavor, due to the altitude.

In spite of its success, Santo Stefano has lost a large proportion of its population and today is home to only 60 permanent residents.

Just prepare your legs before coming to this village, though, because Santo Stefano’s terrain is so steep that many streets and alleys consist of long, mazelike staircases.

Ostana is not far from the French border in the western Alps. This town lost a lot of its residents to industrial jobs in nearby Turin in the 1950s and ’60s.

Recently, however, it’s lured new residents with a civic cooperative that built a co-working space and a children’s library and organizes artists’ residencies.

According to Roberta Caruso, a Vaccarizzo di Montalto native, the townspeople have lost everything through the years that even the post office shut down.

However, in 2019, architects and entrepreneurs affiliated with MIT launched a program to revive the village, renovating buildings, blazing hiking trails and opening an artisanal food shop.

Sitting on sloping crest of Mount Marone, 50 miles southeast of Palermo, this town was settled in the Roman era, if not before. In 2014, it was one of the first in Italy to sell abandoned houses for €1, a program that here, at least, has been relatively successful.

This town was the one having its first new resident in 40 years. Founded by Greeks in 7th century BC, as mentioned, the town is famous for a 17th-century blood feud between aristocrats.

In the 1960s, poverty and devastating flooding led to abandonment. But the arrival of Rossella Aquilanti and Makandjan Thunkara sparked a small-scale revival.

After a major earthquake in 2009, half of the town’s homes were sadly condemned as unsafe. Today, however, Fontecchio is buzzing with construction and activity, and has become a hub for international artists. 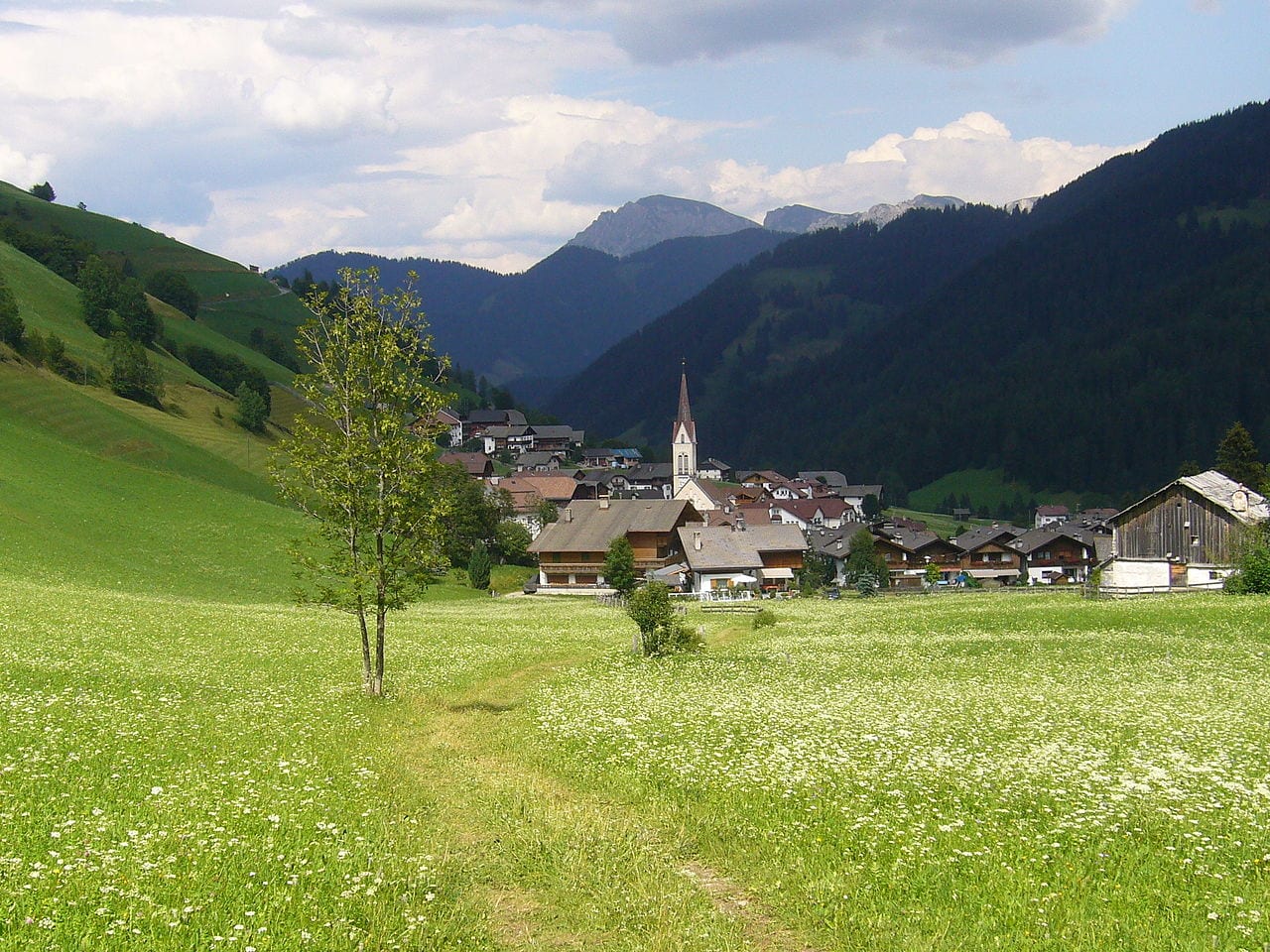 Tucked away in the Dolemites, the village has retained a small but steady community of Ladin heritage, the surviving Latin dialect that goes back to ancient times.

In the past, residents farmed wheat and barley but now rely on dairy production and sustainable tourism, which is closely regulated. Perhaps you can eat or sip the products of Longiaru’s dairy goods while trying to learn Ladin and enjoy the quaintness. Wouldn’t that be fun?

So, which one is your favorite borghis? Would love to know what you think in the comments!