Jet Engine that Runs Without Fossil Fuel? Is This a Dream?

You are here: Home / Eureka Green / Jet Engine that Runs Without Fossil Fuel? Is This a Dream?

Humanity has used fossil fuel for the longest time as primary energy source, mostly in transportation and machines like jet engines. We all know now that this type of energy isn’t sustainable and can be harmful to our health. It contributes to a lot to greenhouse gas emissions, global warming, and respiratory problems for us. Thankfully there are scientists and technology to give this problem a solution.

A team of researchers at the Institute of Technological Sciences at Wuhan University has demonstrated a prototype device that uses microwave air plasmas for jet propulsion. You can find details about this engine in the journal AIP Advances.

“The motivation of our work is to help solve the global warming problems owing to humans’ use of fossil fuel combustion engines to power machinery, such as cars and airplanes. There is no need for fossil fuel with our design, and therefore, there is no carbon emission to cause greenhouse effects and global warming,” said author Jau Tang, a professor at Wuhan University.

Beyond solid, liquid and gas, plasma is the fourth state of matter, consisting of an aggregate of charged ions.

According to our favorite website Wikipedia, “plasma is a state of matter in which an ionized gaseous substance becomes highly electrically conductive to the point that long-range electric and magnetic fields dominate the behaviour of the matter.”

It exists naturally in places like the sun’s surface and Earth’s lightning, we can also generate it. The researchers created a plasma jet by compressing air into high pressures and using a microwave to ionize the pressurized air stream.

There were previous attempts to create plasma jet thrusters, but Wuhan University’s researchers’ method is different from them. Other plasma jet thrusters, like NASA’s Dawn space probe, use xenon plasma, which can’t overcome the friction in Earth’s atmosphere, and are therefore not powerful enough for use in air transportation.

In contrast, the authors’ plasma jet thruster generates the high-temperature, high-pressure plasma on site using only injected air and electricity.

This prototype design can be scaled up to a full-sized jet by building a large array of thrusters with high-power microwave sources. The goal of the researchers from Wuhan University is to improve the efficiency of this device, and they’re working on that.

“Our results demonstrated that such a jet engine based on microwave air plasma can be a potentially viable alternative to the conventional fossil fuel jet engine,” Tang said.

Wuhan University researchers also admitted that they still had quite a long way to go. But, they have a smaller version of their invention. The prototype plasma jet device can lift a 1-kilogram steel ball over a 24-millimeter diameter quartz tube, where the high-pressure air is converted into a plasma jet by passing through a microwave ionization chamber.

Maybe it seems like a kilogram of steel ball (2.2 pounds) isn’t that special. But the researchers claim that the thrusting pressure is comparable to a commercial airplane jet engine. Basically, it can propel a plane.

“We used a home-made device to measure the lifting force and jet pressure at various settings of microwave power and the air flow rate,” the researchers stated on the AIP Advances website.

“We demonstrated that, given the same power consumption, its propulsion pressure is comparable to that of conventional airplane jet engines using fossil fuels. Therefore, such a carbon-emission free thruster could potentially be used as a jet thruster in the atmosphere.”

Of course, this device is still in its early development, however the prototype shows a great potential. Maybe someday we can ride planes and motor vehicles which are powered primarily by electricity and the air around them. The sooner the better, because we don’t want to be dependent on fossil fuel all the time. 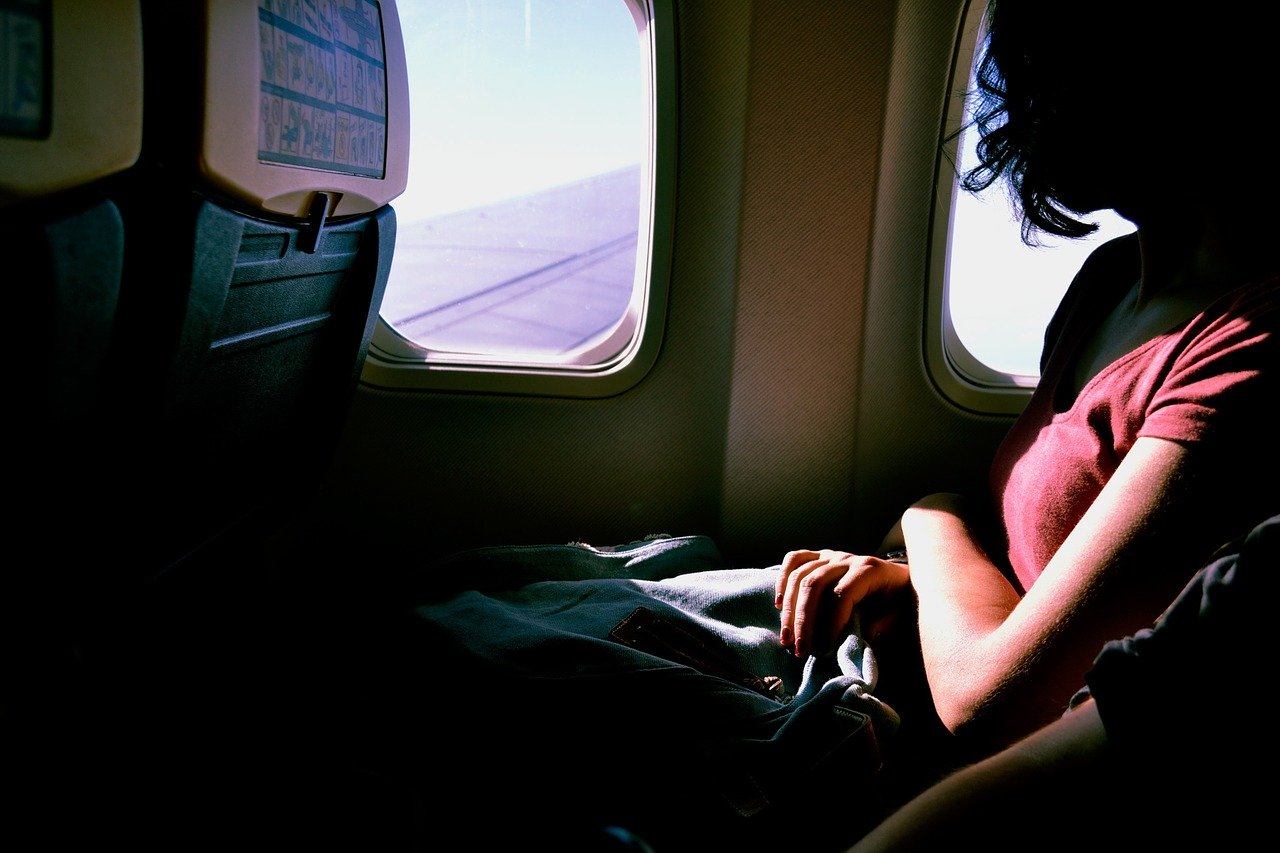 Speaking of jet engines and airplanes, a study stated that there is another way to curb their climate impact. But before that, we all know that transporting through air isn’t eco friendly.

In 2018, commercial flights emitted 918 million metric tons of carbon dioxide. That is about 2.4% of humanity’s total for that year. Might look small for now, but according to United Nations projections, this number could triple by 2050.

People are more aware of this matter now, and that’s great. A decline in air travel certainly helps with climate change, and there are other ways too, like changing the fuel to biofuel, hybrid, or renewable fuel.

A study claims that there’s a new way to do that. Planes should fly at lower or higher altitudes.

The study found that aircraft would only need to adjust their altitudes by about 2,000 feet (600 meters). Since some flights have a larger climate impact than others, only a small fraction of flights would need to make any adjustments.

“According to our study, changing the altitude of a small number of flights could significantly reduce the climate effects of aviation contrails. This new method could very quickly reduce the overall climate impact of the aviation industry,” said lead author Marc Stettler of Imperial College London’s Department of Civil and Environmental Engineering, in a statement.

If you’re asking, “How does flying low or high help?”, you’re not alone. Apparently, it all goes down to vapor trails or contrails, which is condensation trails left by aircrafts in the sky.

These trails form when planes fly through very cold, moist air, where black carbon particles in their exhaust provide a surface on which moisture can condense into ice particles. They’re the thin cloud-like lines that we see behind airplanes.

Most contrails last only a few minutes, but some spread and mix with other contrails as well as cirrus clouds, forming “contrail cirrus” clouds that linger for longer. These trails play also play a big role in the climate impact of air travel, even rivaling the warming effect of all CO2 emissions from aviation.

It should be noted that there is a reduction in contrails when planes fly at lower altitudes, but this increases flying time, which means burning more fuel, which means more emissions.

However, in certain circumstances, the benefits of curbing contrails can outweigh the negative impact of burning more fuel. There’s a 2014 study published in the journal Environmental Research Letters which states that re-routing flights in strategic ways can allow significant contrail reduction without major extensions to trip length.

For instance, reducing contrail on a flight between New York and London would only add about 23 km (14 miles) to the journey.

Researchers added that changing altitudes should be accompanied with better engine technology in order to help curb contrails. Black carbon particles are produced by incomplete fuel combustion, and with more efficient engines, aircraft could reduce contrail generation by as much as 70%.

And so, when the right engine is combined with altitude changes for a small fraction of flights, this could help reduce overall contrail problems by 90%. At least the study stated so.

Unfortunately, like plasma jet engine above, this study needs more research and development and the improvement we want/need isn’t going to come any time soon. Well, while waiting for this technology, we can always choose to not fly too often and we can help curb carbon emissions through other ways.

Scientists Created A Jet Engine Prototype Powered By Only Electricity