When I see mountain goats, I think of them as a fascinating creature. I mean, they’ve got only hooves (well, I know they’re special hooves, but you know where I’m getting at), but they’re able to climb those rocky terrains.

Little did I know that they can be invasive too.

Recently, the National Park Service (NPS) killed a total of 58 of these goats in an aerial gunning operation. Why did they do it? Well, that’s their efforts to protect the native herd of Rocky Mountain bighorn sheep in Grand Teton National Park.

The shooting itself, according to the NPS which hired contractors in helicopters, is safer and more effective. Previously they did ground-based hunts that enlisted trained volunteers, but it turned out that those weren’t good enough.

Launched just about three years ago

The conservation effort is part of the park’s Mountain Goat Management Plan. It was launched in 2020 to protect bighorn sheep. What sort of protection do the sheep need, I hear you asking? The kind that allows the sheep to not have habitat competition as well as bacterial diseases. Because apparently, the goats carry them.

According to the original plan, the NPS enlisted “qualified volunteers” to aid the park in culling the goats. Not long after the plan’s launch in 2020, 108 volunteers killed 43 non-native mountain goats. Then, the park invited volunteers again for another round of hunting in 2021, and they managed to “remove” 20 mountain goats.

Looking at the number of kills as well as the safety concerns of the volunteers, it became clear to the NPS that ground shooting might not be the best solution. The NPS stated that a team of volunteers attempting to recover culled mountain goats was left stranded overnight and needed assistance to descend from the area the following day. That’s why the program switched to utilizing gunners in a helicopter a.k.a aerial sharpshooters.

Shooting goats from air proved to be successful in terms of reducing mountain goats, as the Grand Teton has used this method the second time. The NPS did hire contracted helicopter gunners in February 2020, and 36 of these goats were culled. 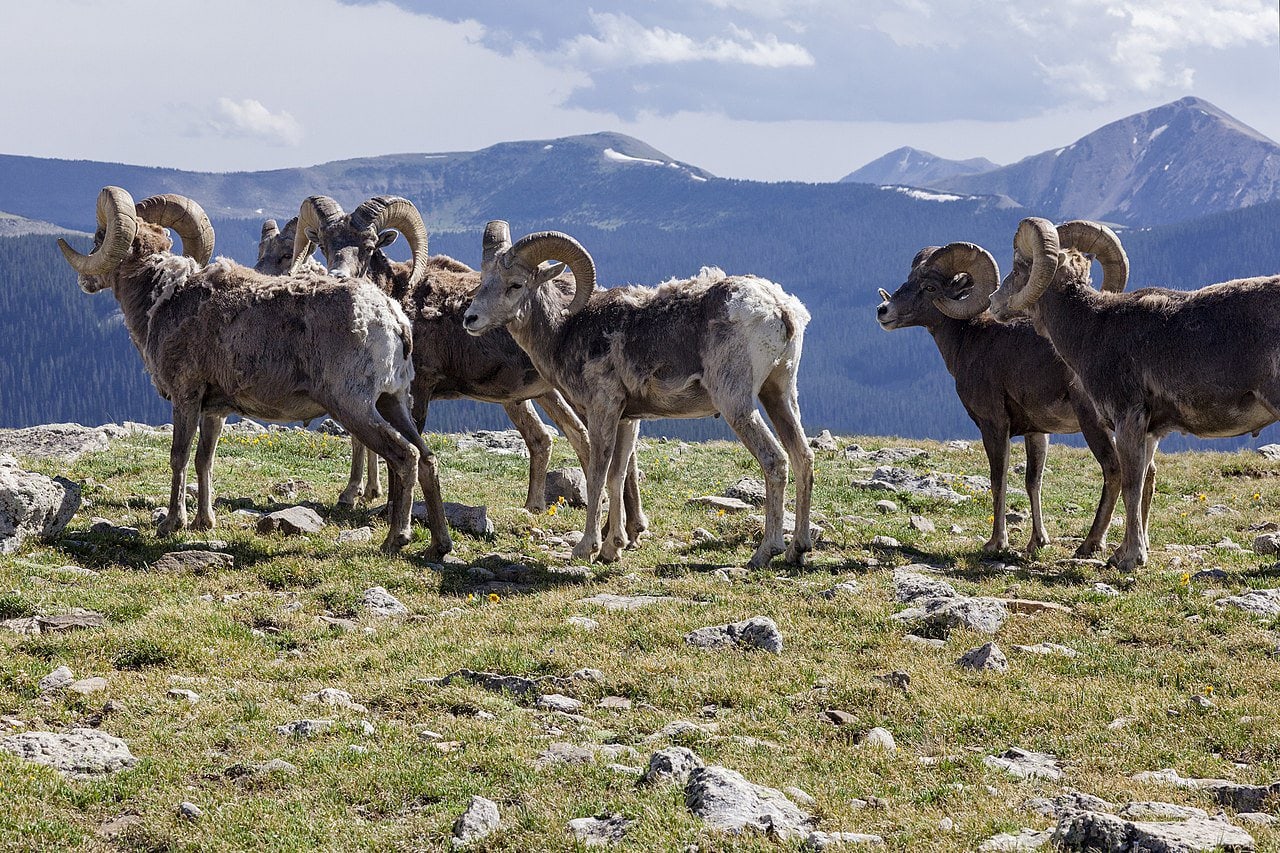 Bighorn sheep that are getting small (in numbers)

North America used to see millions of this type of sheep. Starting from the early 1900s, the numbers dropped to only thousands. You’ve probably guessed one of the main causes: yep, hunting.

But other than hunting, domestic sheep were one of the main killers of their bighorn “cousins.” They brought diseases, pushing them to areas of the West, like the Teton Mountain Range where they have roamed for the longest time.

Today, the populations are much smaller and at a risk for extinction. The NPS estimates that the current Teton Range herd has only 125 individuals.

And this has been made worse by the mountain goats issues. Like the domestic sheep, these goats carry bacterial diseases that are lethal to the herd which traditionally isolates itself. These goats were first introduced in the Snake River Range along the Idaho-Wyoming border so that people could hunt them (for recreational purposes).

Alas, the mountain goats migrated and established themselves in the Teton Range in the 1960s and 1970s. As a result, other than bacterial diseases, the goats put pressure on already limited food sources for the sheep.

Wildlife management coordinator at the Wyoming Game and Fish department Doug McWhirter, “Where we think that issue really becomes significant is on winter ranges. In the Tetons, those winter ranges are very restricted, high elevation, wind-blown areas, and they don’t support a lot of mouths.”

In total, there have been more than 100 culled goats since the program began, but there could be more. Grand Teton National Park chief of staff Jeremy Barnum said, “Given the terrain, it is hard to determine precisely how many mountain goats remain in the park. Every mountain goat that was located was removed, but we assume there could be a few remaining in the range.”

All of us realize that conservation efforts aim to prevent some animals from going extinct, since humanity has done it many times before. But then comes the question, particularly from animal lovers, “Is it really okay/ethical to kill the other animals?”

It’s understandable when you think of it as rather distasteful. After all, some of us have been disenchanted by trophy hunting, and it can look sad when we kill lots of animals at once. Especially if the invasive ones are rather cute and innocent-looking.

In some areas like New Zealand and Australia with a lot of unique species, however, invasive species are a big deal. In NZ, for example, native animals like the kiwi and kakapo had been free from predators for the longest time and they’ve evolved to roam freely without much worry, only to have newer intruders which have massively reduced their numbers. Kakapo, in particular, hasn’t adapted to protect themselves and are now critically endangered.

Therefore, in 2016, the country’s then prime minister announced that the goal for New Zealand was to become predator free by 2050. This plan doesn’t only want to reduce, it wants to eradicate the whole population of invasive predators. 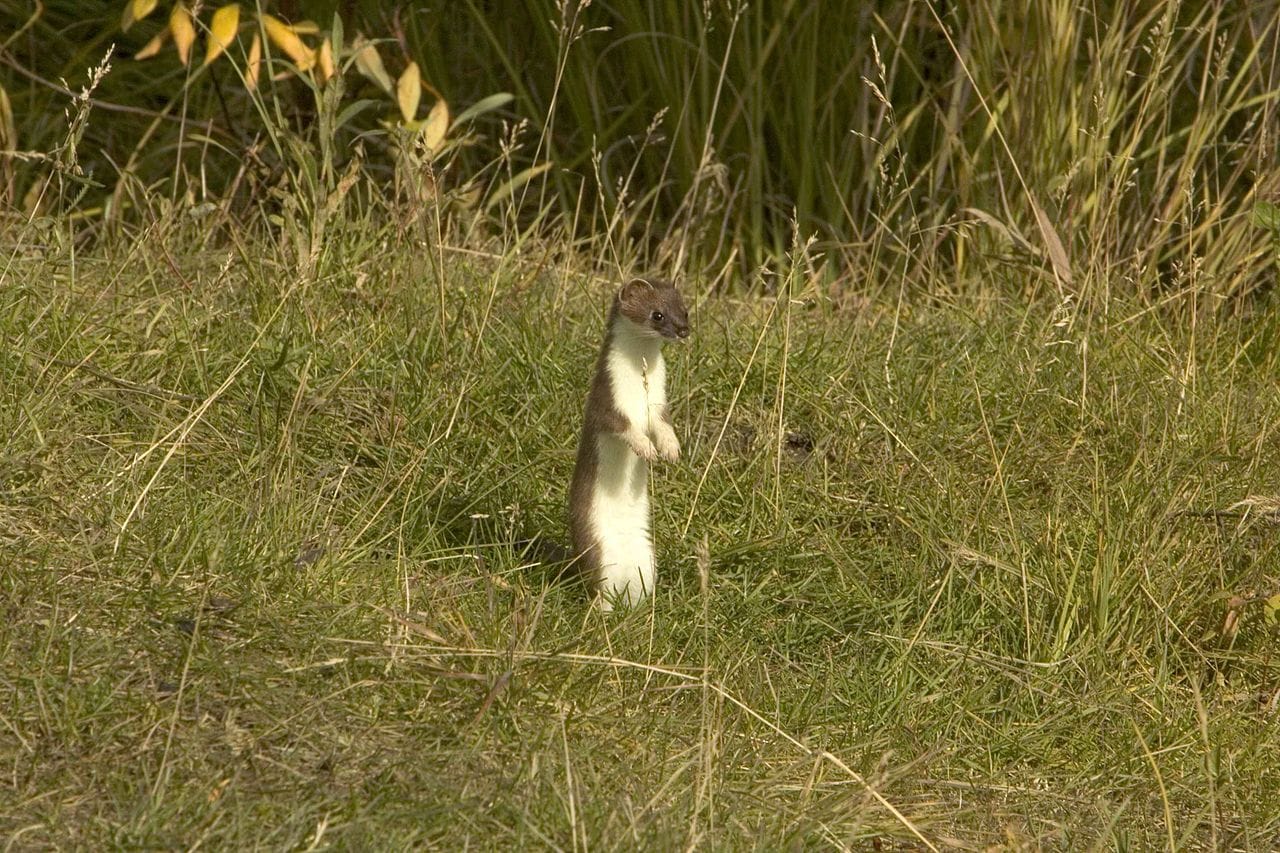 Before the invasive predators, New Zealand only had one mammal predator, the New Zealand lesser short-tailed bat. Now, the island is home to three species that are rapidly killing the native species: rats, stoats, and possums. While rats spread because they sort of escaped from ships or storerooms, stoats and possums were purposefully introduced to this country.

Possums were brought to this country to establish a fur trade in 1837, and the stoats were given a task to combat rabbit destruction of sheep pastures in 1879. It never crossed the mind of New Zealanders back then about the severity of the negative impact on the native birds. Hence, the government takes drastic measures in order to preserve the remaining animals and repair the damages.

Most people are in favor of this initiative. In a survey carried out by New Zealand’s Department for Conservation, 84 per cent of the 8000 people surveyed agreed that pest species posed a significant conservation risk.

The challenge of not using poison

There are challenges. One of which is the techniques used to achieve the goal. The government initiative uses a lot of strategies, ranging from placing single-use traps to drops of 1080 poison on larger areas. The 1080 poison is the problematic one, according to some groups.

1080 poison (Sodium fluoroacetate) is banned in most countries, due to the fact it is a high-risk to land mammals, including cats and dogs. Countries such as Australia, Israel, Japan, Korea, Mexico, and New Zealand still use the poison, with animal rights groups campaigning against it.

However, the Department for Conservation recently reaffirmed their support of the use of 1080. They stated it is necessary to deal with invasive predators in hard to access regions.

Predator Free 2050 is not free from criticism, and time will only tell if the support will remain positive, and if the success will happen.