Did You Know? Powerful Pacific Cyclones may be Making Global Warming Worse

You are here: Home / Hello Earth / Did You Know? Powerful Pacific Cyclones may be Making Global Warming Worse

We all know that climate change is wreaking havoc on our planet in a lot of ways. But, a new research shows that there’s something more than that. According to a report in Science magazine, tropical cyclones in the North Pacific Ocean may be fueling north-flowing ocean current.

This boosts the amount of heat that it carries to the northern latitudes by amplifying the speed of some ocean whirlpools (eddies) and suppressing the spin of others. These storms can accelerate Kuroshio Current, which carries heat, and that could warm the planet further.

But, the influence of tropical cyclones hasn’t generally been included in most climate simulations. Yu Zhang, a physical oceanographer at the Ocean University of China in Qingdao, said that the interaction of these storms with a calm, passive ocean has been considered insignificant in the long-term climate picture.

In reality, the ocean is not quiet or dormant. Zhang stated that it’s full of energetic eddies, known as mesoscale eddies. They tend to persist for around a few months, spanning from 10 to 100 km (about 6 to 62 miles) across and can extend more than 1 km deep (around 3000 feet).

That makes the ephemeral eddies key players in mixing up and redistributing the ocean’s heat, salt, and nutrient content.

Zhang said, “The collision of these two giant monsters — tropical cyclones and mesoscale eddies — will probably lead to dramatic climatic impacts that are far beyond our imagination.”

Kuroshio current and its effects

Another powerful player in the North Pacific is the Kuroshio Current, a swift, broad ocean current originating off the east coast of the Philippines. It transports warm, tropical waters toward Japan, warming the climate and nourishing rich fishing grounds, as well as allowing the world’s northernmost coral reefs to thrive.

Its speed is primarily linked to winds. The strange thing is, the push of those winds has decreased in strength by more than 30%. While in the last 20 years, the Kuroshio hasn’t slowed down as much as would be expected.

Zhang and her colleagues suspected that changes in the spin of ocean eddies in the region, linked to the intensification of North Pacific tropical cyclones, were helping to keep the Kuroshio speeding along.

Researchers used a combination of satellite data and ocean-based Argo floats, which track temperature and salinity. Then, the team examined how eddies’ energy and spinning motion, called “potential vorticity,” were changed when the swirls interacted with a passing tropical cyclone.

Researchers said that when the eddies spin back into the current, for example, off the coast of Taiwan, the strengthened counterclockwise eddies, on balance, help accelerate the northward flow.

When the Kuroshio speeds up, it could create a positive feedback loop to global warming by delivering more heat to higher latitudes, helping to warm them even more. That warming then could drive stronger cyclones that could in turn speed up the current more in a continual cycle, the researchers say. 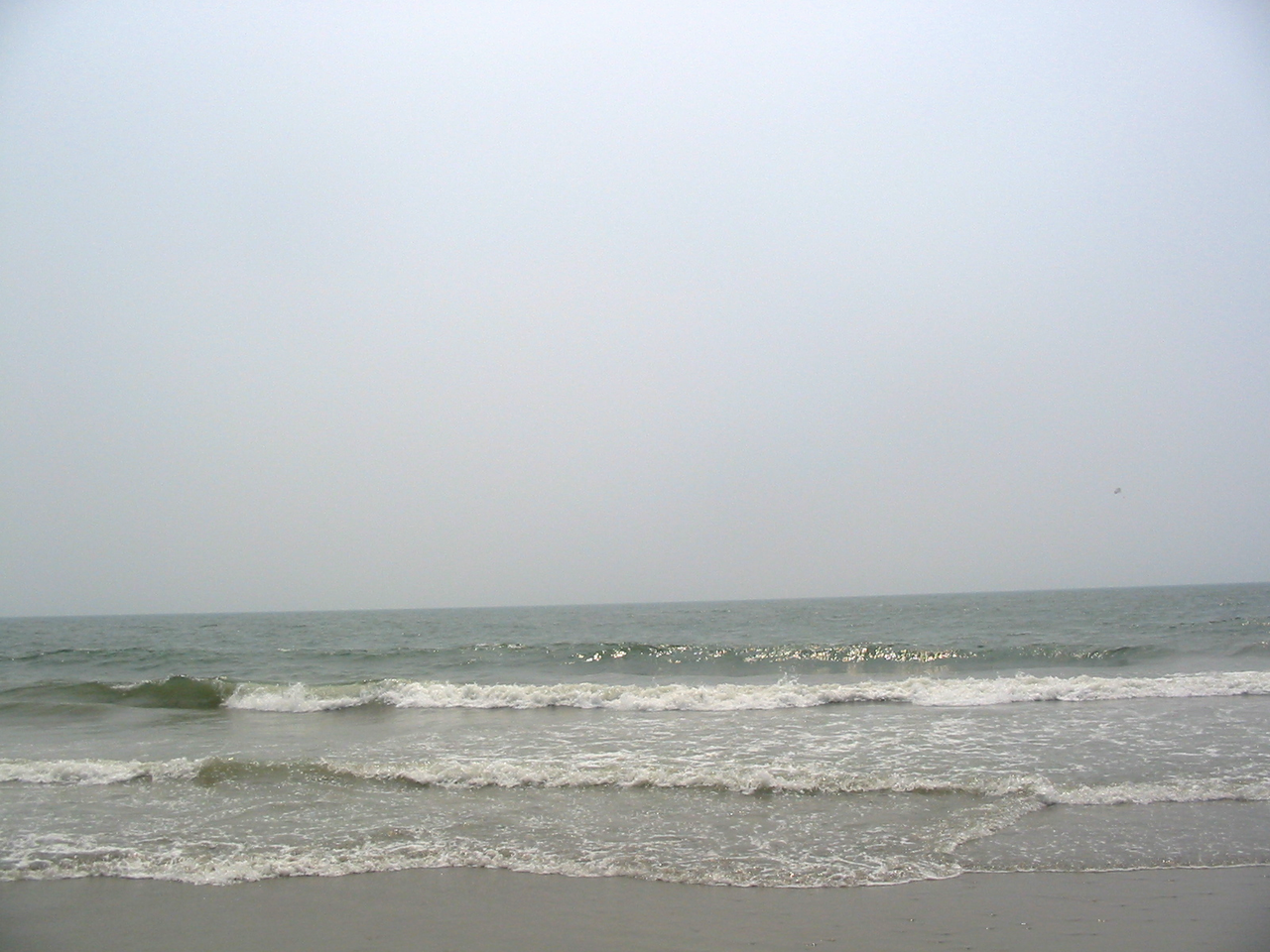 There’s a similar scenario where more powerful tropical cyclones accelerate the Gulf Stream (warm current similar to Kuroshio) is playing out in the North Atlantic Ocean.

Unfortunately, researchers are less clear about whether climate change is playing the role in the intensification of North Atlantic Ocean hurricanes. In that region, though, there’s another culprit that’s supercharging the storm: a large, natural ocean-atmospheric climate pattern called the Atlantic Multidecadal Oscillation.

Kerry Emanuel, an atmospheric scientist at MIT, said that the research authors made a compelling case for a feedback of tropical cyclones on global warming. He said that strengthening the Kuroshio could accelerate warming outside the tropics.

Takeyoshi Nagai, a physical oceanographer at Tokyo University of Marine Science and Technology, stated that the study of these eddies focuses more on how the Kuroshio affects its southerly parts.

As the current goes to the north, nearer to Japan, the pattern of ocean eddies become even more complex. It becomes unclear what impact storm-altered eddies might have on this part of the current.

Nagai said that better understanding of that interplay would be useful, because that’s the region where extra heat could most affect climate and the fishing industry, by shifting, for example, the mix of fish species. 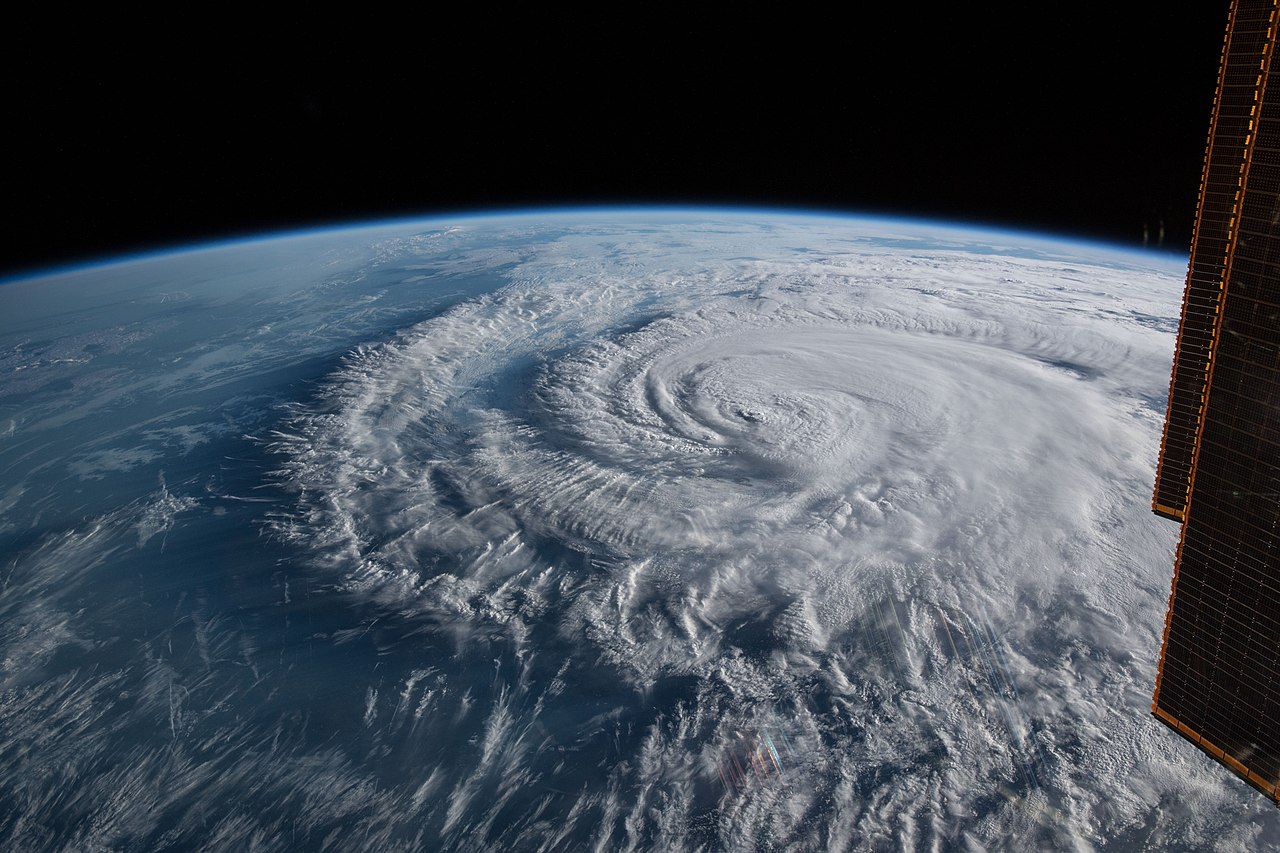 On a related note, climatologists said that global warming caused by humans might lead to more hurricanes that move slowly. As we all know, the slow hurricanes can cause more damage than the fast-moving storms, because the longer it takes, the more time it has to cause destruction.

Recent storms such as Dorian (2019), Florence (2018), and Harvey (2017) that caused extraordinary damage have prompted Gan Zhang from Princeton to wonder whether global climate change will make these slow-moving storms more common.

Zhang and his colleagues selected six potential warming patterns for the global climate, then ran 15 different possible initial conditions on each of the six patterns. From that simulation, they got 90 possible futures.

In all 90 simulations, researchers told the computers to assume that global carbon dioxide levels have quadrupled and the planet’s average temperature has risen by about 4 degrees Celsius.

“Our simulations suggest that future anthropogenic warming could lead to a significant slowing of hurricane motion, particularly in some populated mid-latitude regions,” Zhang said.

His team found that the storms’ forward motion would slow down by about 3.2 kmh (2 mph), which is around 10 to 20% of the current typical speeds, at latitudes near Japan and NYC.

“This is the first study we are aware of that combines physical interpretation and robust modeling evidence to show that future anthropogenic warming could lead to a significant slowing of hurricane motion,” said Zhang.

“Since the occurrence of Hurricane Harvey, there has been a huge interest in the possibility that anthropogenic climate change has been contributing to a slowdown in the movement of hurricanes,” said Suzana Camargo, the Marie Tharp Lamont Research Professor at Columbia University’s Lamont-Doherty Earth Observatory.

The researchers found that 4 degrees of warming would cause the westerlies (strong currents blowing through the midlatitudes) to push toward the poles. Weaker midlatitude weather perturbations go along them, and these changes could slow down storms near populated areas in Asia and on the US eastern seaboard. 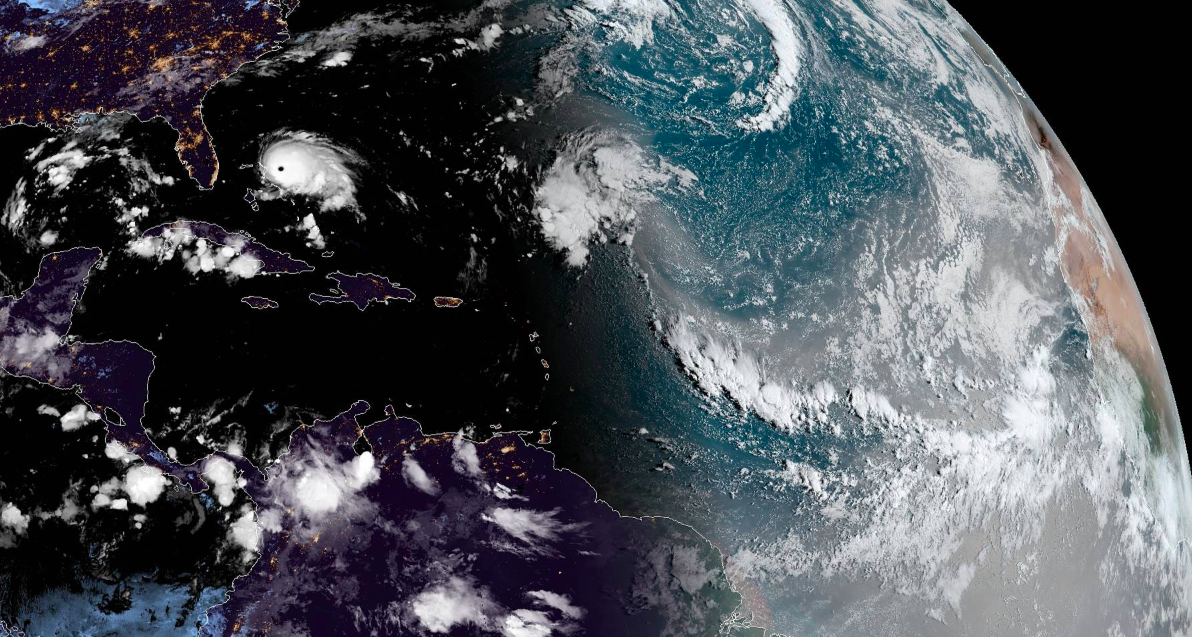 Before we jump to conclusions, we should know that some other researchers have suggested the slowing down of tropical storms which has happened since 1900. Zhang and his colleagues utilized their climate models to see if human-caused warming must be held responsible for the observed slowdown.

However, they couldn’t find a compelling link, at least based on trends since 1950 in their simulations. They also noted that the observed slowing speeds could also arise from natural variability rather than destruction caused by humanity.

Slowdown trend in hurricanes or tropical storms over the past century could also because of small-scale local changes, or just random occurrence, Zhang said.

“We do offer some evidence that there could be a slowdown of translational motion in response to a future warming on the order of 4 degrees Celsius. Our findings are backed by physics, as captured by our climate models, so that’s a new perspective that offers more confidence than we had before,” said Zhang.