When we talk about sustainability, eco consciousness, and the likes, we mostly talk about reducing plastic packaging—especially the single-use ones. And that’s what happens today; people who adapt an eco-friendly lifestyle would now choose products with minimal to no plastic packaging.

Consumers, however, are less reluctant when it comes to packaging using single-use plastic that keep food commodities fresh, e.g., cooked foods, cheese, or meat in the fridge.

But since the general public perceives that sustainable means less use of plastic, retailers have begun to minimize or eliminate the use of packaging. At the same time, they aim to project products as environmentally sustainable.

According to a study done by researchers at Empa, Swiss Federal Laboratories for Materials Science and Technology, Laboratory for Biomimetic Membranes and Textiles, plastic with this purpose may not be that bad.

We’ve come to a time when plastic packaging automatically gets the bad judgment and people would want to find other alternatives.

Per the researchers, paper bags which has a much higher environmental impact due to their higher weight will be perceived positively because it appears to be more environment-friendly.

“Therefore, it is imperative that the consumer is periodically made aware of the actual impacts of packaging in relation to the entire supply chain of a food product such as cucumbers, which is precisely the aim of this study,” said the authors.

As a means to protect

The wrapping has a purpose to protect perishable produce from moisture loss and contamination. As a result, the wraps prolong longevity or shelf life in a similar way as the peel of a fruit or vegetable.

For this study, the researchers use cucumbers as an experiment. In general, and when wrapped in plastic, this refreshing veggie/fruit has a shelf life almost three times longer than unwrapped cucumbers. The main reason for that is reduced moisture loss.

Therefore, plastic wraps increase the amount of time the cucumbers can be on display shelves of a supermarket. They also ensure that the produce can stay fresh after purchase.

This type of protection is especially important for imported produce. As for local-sourced fruits and vegetables, the wrapping is not necessary and can be omitted.

With that in mind, imported cucumbers that go through a longer journey need such plastic wrappings. Recent efforts by several retailers to not use plastic wrapping for cucumbers have actually resulted in much higher amounts of food waste.

Getting rid of plastic packaging, in this cucumber case, leads to more negative impact because of the energy and natural resources going into the production, distribution, and disposal of the food.

Using the wraps can prevent food waste and shouldn’t always be thought of as unsustainable or “evil.” 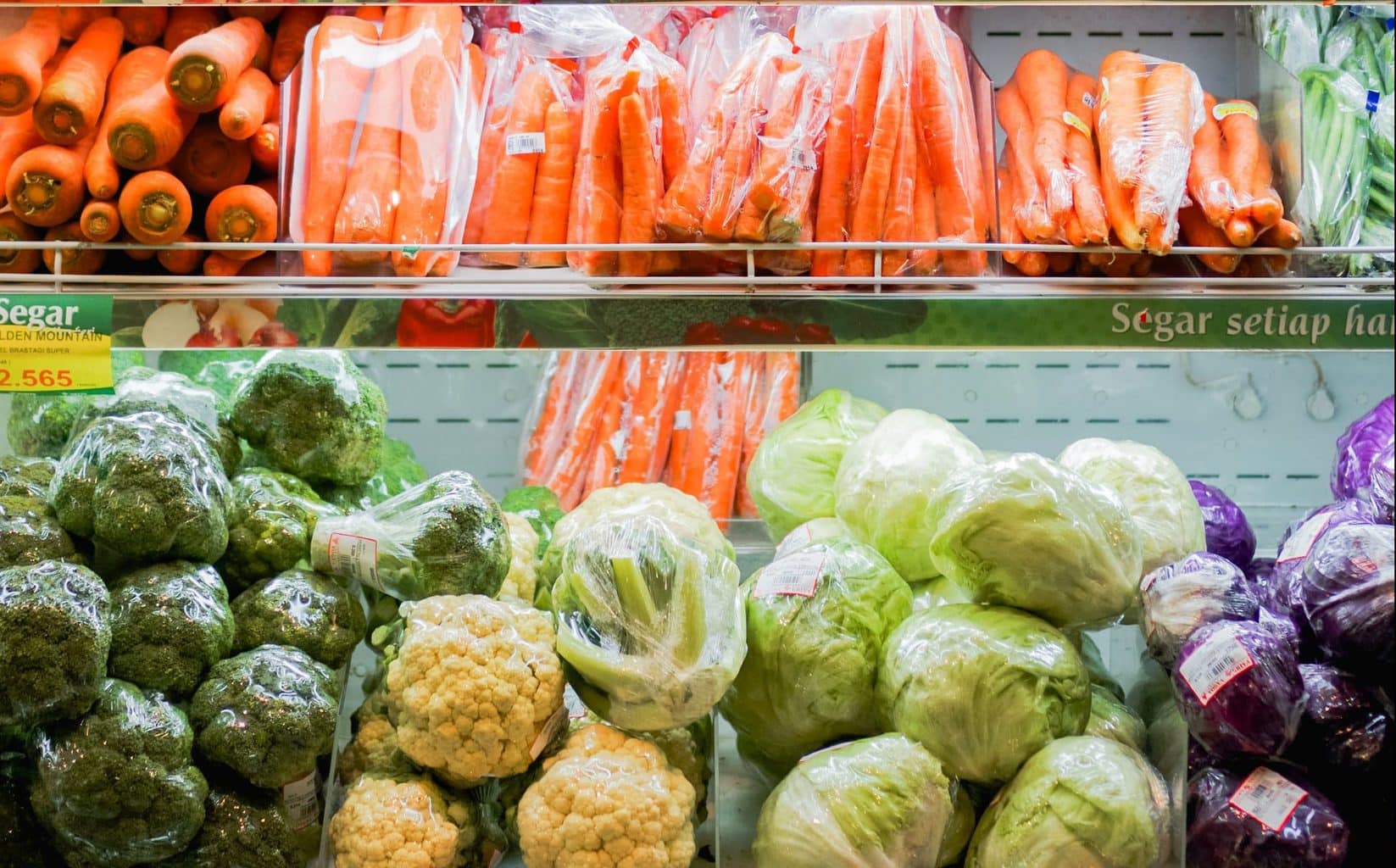 Environmental impact due to food waste

After conducting the research and comparing the scenarios of using/ditching plastic wrap for cucumbers, the researchers found that the wrapping reduces the overall climate change impact.

“This is primarily because the benefit of a reduction in food waste is much more than the additional impact caused by the plastic wrapping,” the authors stated.

To be more specific, when the researchers compared impacts caused by food waste and plastic wrapping, they discovered that the wrapping lowers impact by 157 kg CO2-eq per ton, which is 4.9 times higher than the negative environmental impact due to the packaging itself.

Moreover, the team found that every single cucumber that goes into the garbage pile equals the impacts of the plastic packaging needed to wrap 93 cucumbers.

Previous study suggests that environmental impact of plastic and packaging is highly overestimated by consumers. Compared to the impact of personal actions like air travels, plastic impact is actually much lower.

That’s why, the authors said, it’s important to explain and educate the benefit of plastic packaging to consumers; that food waste is also a problem, and plastic can in fact play a role in sustainability in terms of food waste.

Other than plastic wraps, there are possible solutions that retailers can apply to lower food waste for cucumbers. The team suggests maintaining a high relative humidity at all times during transport and retail, cooling the cucumbers at retail, or using biodegradable packaging.

The researchers reiterate that it’s important to ensure that the other solutions don’t harm the environment more. For instance, higher food loss or inducing a much higher energy consumption due to additional refrigeration.

Not saying that plastic is still all okay

The team makes it clear that despite their defense towards plastic wrapping for cucumbers, packaging made from this material has its own associated impacts. However, when necessary, the plastic can significantly lower food waste in the entire supply chain. And in turn, it can lower the net environmental impacts.

And actually, the packaging doesn’t only apply to cucumbers. Previous study reported similar findings for other products like apples, bread, cheese, and steaks.

No doubt that less use of plastic packaging has its good intentions. However, too much reducing can have its own negative impacts, as indirect environmental impact like food waste increase.

“Awareness of this balance is important to bring about a shift in the perceptions of food system stakeholders, packaging designers, and consumers alike, as ‘sustainability’ may not always be synonymous with ‘the absence of packaging,’” the authors stated. 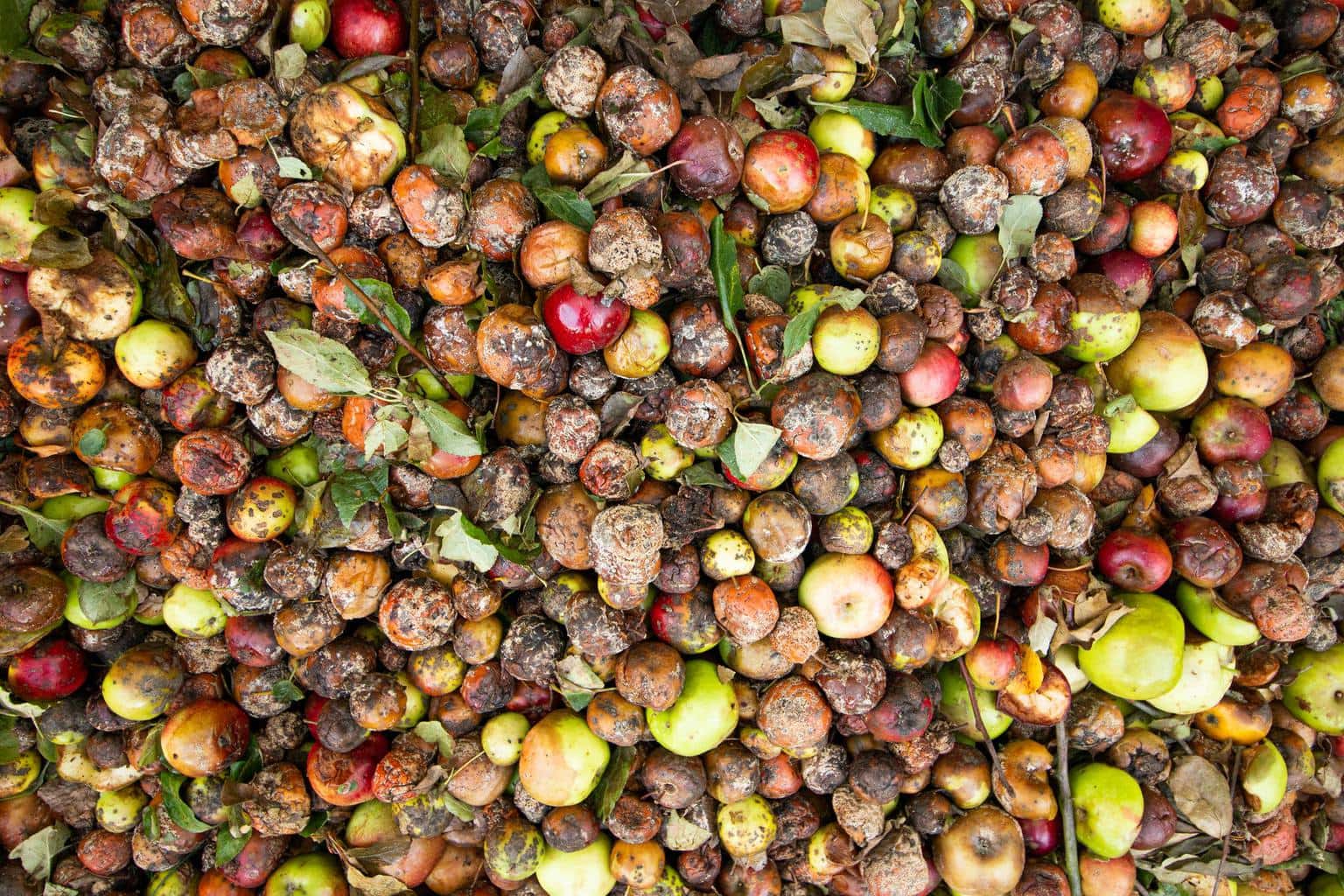 Recent findings from a large research program by British non-profit Wrap didn’t find the same conclusion as the Empa study. Wrap looked at the impact of plastic packaging on five fruits and vegetables frequently wasted by households: apples, bananas, broccoli, cucumbers, and potatoes.

Contrary to the research above, Wrap found that plastic packaging doesn’t reduce household waste for any of the products.

The results are different, probably due to the fact that Wrap conducted the study in households, whereas Empa’s evaluated the impact from farms to retailers or supermarket shelves.

Putting the difference aside, Wrap’s report could actually give insights and action areas for food manufacturers, retailers and other stakeholders.

Suggestions from the sustainability charity

According to the non-profit, retailers should first sell loose produce. This way, consumers would buy only what they need. For apples, potatoes, and bananas, this could lead to better result.

Wrap’s chief executive Marcus Gover said, “We found that for most items, the plastic packaging they were sold in made little or no difference to their shelf life. In cases where consumers had no choice but to buy more than they needed in pre-packed packaging, this could actually increase food waste.”

Second, we shouldn’t apply date labels to uncut fresh produce. 8 – 11% of people rely on date labels to determine whether their produce is still good. When they feel that the produce is near its end, they’ll throw away perfectly edible food.

When there’s no date labels, consumers would rely on their own judgment to decide if the produce was still good. According to its data, one in 10 people dump groceries based on the date, resulting in good food being thrown out.

Moreover, Wrap calculated that if the five items didn’t have packaging with no best-before labels, it could annually save more than 10,300 tons of plastic and about 100,000 tons of food from being wasted. Per the non-profit’s study, it’s the equivalent of 14m shopping baskets of food.

Third, there should be better guidance for storage at home. Consumers don’t entirely know how to store food in the best way. Some people don’t put apples in their fridges, despite the fact that apples can last almost 70 days longer when refrigerated at the right temperature.