There’s no denying that most ladies experience something called menstruation on a regular basis (or not, for some). It’s a completely natural thing, for sure, but the ones women usually use when the time comes are usually not natural. Yep, we’re talking about plastic in sanitary pads or tampons.

Plastic waste that comes from menstrual products is tricky. Because it contains blood, pads and tampons are labeled as medical waste and they don’t need to be tracked. Additionally, there’s been only a little research that addresses the scope of the problem.

But if you look at the number of plastic produced by these products, it’s very telling that we need to greatly reduce it or stop completely. In 2018, North Americans bought 5.8 billion tampons, and over the course of a lifetime, a woman will use around 5 to 15 thousand pads and tampons. Most of those products will end up in landfills as plastic waste. Moreover, it’s quite hard to remove plastic out of these products because the design has been entrenched for the longest time.

Most women menstruate for about 40 years in total, bleeding for about five days a month, or about 2,400 days over the course of a lifetime—about six and a half years. Of course, all that blood has to go somewhere, and most ends up in a tampon or a pad, and eventually in the trash bin. 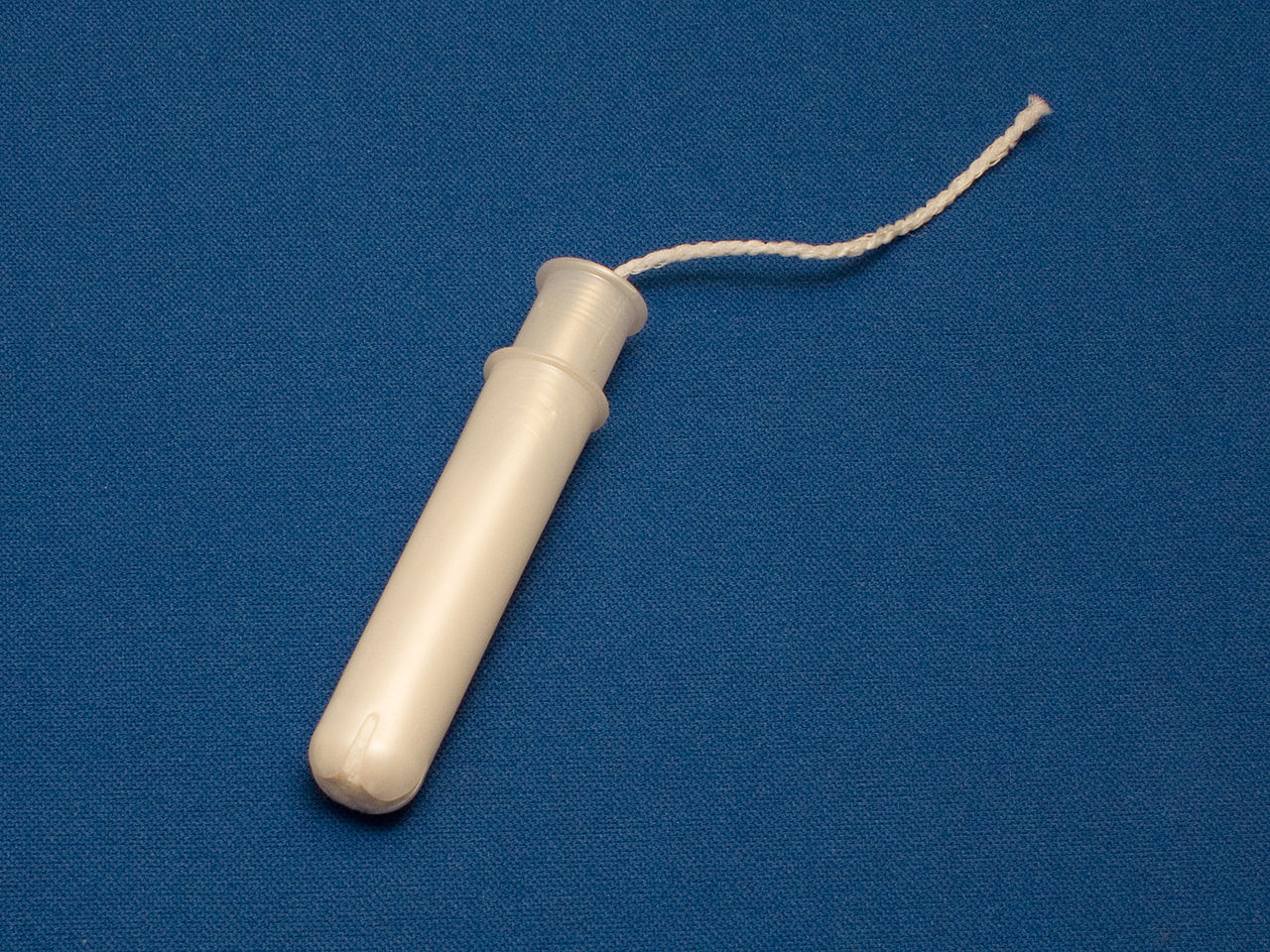 Plastic isn’t the only thing included in the pads or tampons. Most of us know that they come wrapped in plastic. Tampons have plastic applicators, the strings are usually made from plastic, and many even include a thin layer of plastic in the absorbent part. Similar things happen to pads because there’s a leak proof base to the synthetics that soak up fluid to the packaging.

Ann Borowski, who researched the ecological impact of sanitary products, said, “I don’t want to contribute 40 years of garbage to a landfill just to manage something that shouldn’t even be seen as a problem. It seems like something we should have a little more control of by now. I don’t want to have that kind of burden on the planet.”

Before the 20th century, women used anything in order to absorb the fluid. They repurposed all kinds of commonplace items into pad- or tampon-like objects. Historian Susan Strasser explained that women used leftover scraps of fabric, soft strips of bark, or whatever else was available and absorbent. However, this was not favored because those items become bulky, were uncomfortable, and they had to be washed and dried.

In 1921, Kotex became available in a drugstore counter. And it sold well and became the standard of disposable menstrual products. Kotex were made with Cellucotton, a hyper-absorbent plant-based material that had been developed during World War I for use as medical bandaging. Nurses around that time began to repurpose the material for menstrual pads, and the practice stuck.

Now, pads are not very conventional for active women such as dancers or athletes. Therefore, they used another product that suited them more: tampons. Back in the 1930s, tampons were not that different from the ones we know today, but they were in a way more organic, since tampons were generally made of a wad of dense cotton or a paper-like material attached to a string.

Women who entered the workforce also found disposable pads convenient. Pads and tampons were readily available in many drugstores, and since they were busy, they didn’t need to prepare cloth before working and wash them all at the end of the day. They simply need to change to a new one if the products are full and discard the filled ones.

Since the products were all disposable, marketing campaigns really tried to sell the convenience and ease whenever ladies had their period. Therefore ladies were convinced to buy or stock up each month for decades, benefiting manufacturers or companies. “From the beginning, the companies pushed this idea that the way to be modern was to use these new disposable products,” sayid Sharra Vostral, a historian at Purdue University.

As a result, there was a massive shift in the market, and by the end of World War II, sales of disposable menstrual products had quintupled across the U.S only.

New forms of plastics and other synthetics were developed by chemists in the 1960s. That sort of technology were progressing at a quick rate, resulting in manufacturers searching for new markets into which they could incorporate their new materials. One of the markets they found was menstrual products.

And so it began. Pad designs began to incorporate thin, flexible, leak-proof polypropylene or polyethylene as the base. Then, adhesives came and it offered even more convenience to the pads, allowing them to be attached to underwear directly rather than hanging off a complicated, bulky belt system.

As time progresses, more ease and comfort seems to be the selling points of these menstrual products. By the late 1970s, designers realised they could make flexible plastic “wings” that would wrap around underwear and anchor a pad in place. Additionally, a new design incorporates polyester fibres so that the pads become more absorbent. Since then the absorbent materials has gotten more and more advanced.

These developments might sound minor to people who don’t menstruate at all. But to women, those improvements were sort of a life changer. Lara Freidenfelds, a historian who interviewed dozens of women about their experiences with menstruation for her book The Modern Period, said, “Adhesive or wings—those sound like a minor product improvements, but actually people talked about them being really important. Like, wow, that was a big one, that really improved my life.”

But as convenient as they are, plastic is still a major problem in menstrual products today. If we’re talking about big manufacturers changing the design so that there will be less plastic, that definitely won’t happen any time soon. So this problem is unsolvable then?

Not necessarily. Using less plastic is, right now, the only thing women can do to reduce plastic when they’re on period. In Europe, most tampons are sold without applicators. Might not seem much, but it already helps.

Also, reusables help reduce your carbon footprint a lot. In the U.S., women are shifting towards reusable menstrual products. In a recent survey, almost 60 per cent of the women questioned were considering a reusable product (about 20 per cent were currently users). “That’s a tectonic shift in the way women are thinking about managing their periods,” said Susannah Enkema, a researcher at the Shelton Group who worked on the survey.

Reusable menstrual cups are getting more popular all over countries, which is a good thing. Same thing happens to reusable pads, a better-designed version of a very old technology. Moreover, some companies are designing underwear that absorbs period blood directly and can be washed and used over and over.

All in all, changing period habits into the eco-friendly one is important for our planet. And with today’s technology and availability, women can still get convenience without compromising Earth’s well-being.