You are here: Home / The Species / Prairie Dogs, Keystone Species that We Don’t Hear Often

As someone who doesn’t live in the northern America, I like prairie dogs—to me, they’re like chubby meerkats or earless bunnies (and remember the dramatic prairie dog meme?). Some people see them as pests, but ecologists think they’re super important because they change the landscape and support many species in the prairies.

We don’t hear about this animal that much probably because they’re sometimes considered as pests or that they’re not big and charismatic like bison, grizzly bears or pandas, However, they have quite a significant role in the ecology.

Moreover, these rodents are controversial (to my surprise). The cause for their controversy is the same reason that they are so important: these burrowing rodents make a unique and significant impact on the prairie landscape.

Prairie dogs live in huge colonies composed of countless small family groups, called coteries. It’s an understatement to say that they’re good diggers, because they can make complex burrow systems with specific areas for sleeping, nursing young, storing food and even disposing of their dead. I mean, they’re like ants but cuter.

A single colony’s burrow system can cover thousands of acres, with an average of about 20 prairie dogs per acre in the summer after the young emerge. These burrows are sometimes called prairie dog towns, and I don’t think there’s any more fitting name than that.

Other animals that depend on prairie dogs

These burrows are not only the place for prairie dogs, though. The critically endangered black-footed ferrets eat prairie dogs (almost exclusively) and are not found outside of prairie dog towns.

There are also desert cottontail rabbits, prairie rattlesnakes, barred tiger salamanders, plains spadefoot toads, camel spiders, innumerable insects, and other animals that can’t dig on their own also live in prairie dog burrows. Some species live there actively while the others like burrowing owls live in the abandoned areas.

As stated, this animal’s landscaping creates another unique habitat for other wildlife. Birds that live in short-grass habitats often prefer prairie dog towns to similar areas without them. Some of these birds, like horned larks and long-billed curlews, are still relatively common.

Not many of them

Just like bison which once roamed the plains as huge herds about 200 years ago, there were a lot of prairie dogs that live on enormous areas of grassland in numbers more like cities than towns.

Naturalist Vernon Bailey once described an enormous prairie dog town that in 1901 spanned nearly 25,000 square miles across central Texas and contained an estimated 400 million prairie dogs. Imagine the size of that population.

How can they transform the landscape? By digging and grazing. Of course, it was initially not a problem. But when humans wanted to settle down in those areas, they saw prairie dogs as a destructive force.

The colonization of the West led to the prairie dog’s rapid decline of population. The conversion of prairie to farms destroyed their habitat, and systematic poisonings removed colonies from land set aside for cattle.

Over time, prairie dog numbers dropped by more than 95%, there are about 10 to 20 millions of them now. It’s still a large number, but compared to how many of them were in the 1900s, we can see the stark difference.

Also, their loss of population represents more than just the loss of one species. It accelerated the decline of all species mentioned above which are supported by prairie dog engineering. 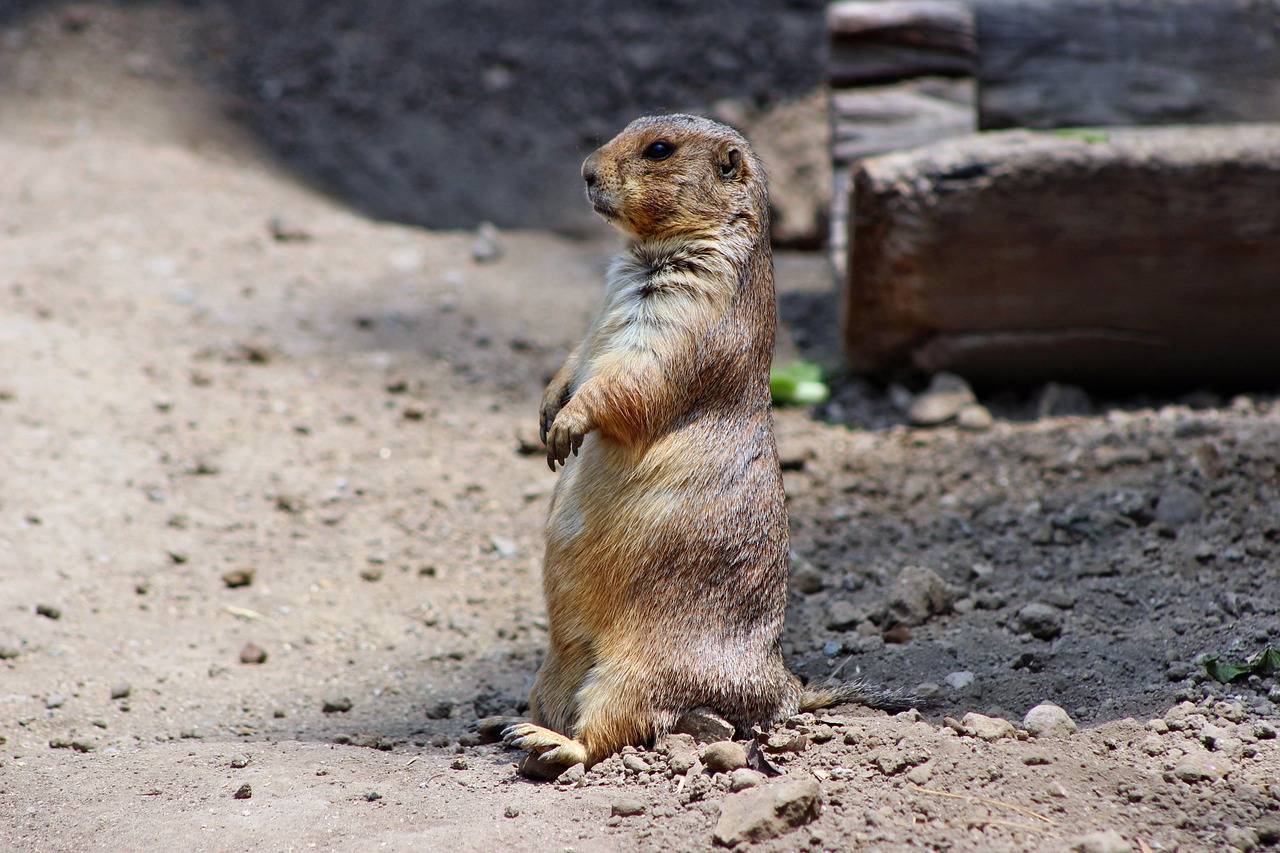 The adorable thing about prairie dogs is that they don’t change their environment by digging burrows, but also keep the lawns around their colonies neatly trimmed. We can say that they quite enjoy gardening, but actually it’s their way of surviving.

I mentioned about grazing, well they keep on doing that on grasses, clipping plants to the ground, both to eat and to maintain a clear view of potential predators in all directions.

When they see a predator sneaking up, both on the ground or in the air, they immediately sound the alarm by repeatedly “yipping” to warn their neighbors about the threat.

But anyways, as adorable as they are, we don’t know what will happen to these rodents because they continue to lose ground. It was made worse when in the 1930s, the sylvatic plague was accidentally introduced to prairie dogs by fleas that arrived on ships from other parts of the world.

Since they have little resistance of the disease, sylvatic plague typically kills prairie dogs. Outbreaks remain widespread to this day and can wipe out entire colonies in a matter of months.

Because of this plague, many don’t want to get close to them and choose to exterminate them. But according to The Centers for Disease Control and Prevention, the fear is irrational. Probably because plague, rodents, black death. People don’t want that history to repeat itself.

“The number of human plague infections is low when compared to diseases caused by other agents, yet plague invokes an intense, irrational fear, disproportionate to its transmission potential in the post-antibiotic/vaccination era,” stated the health institute.

Additionally, recreational shooters also use prairie dogs as target practice, killing large numbers of the colonial rodents. And, prairie dogs many of the same grasses as cattle, which is why some people consider them as pests, threats, and eventually, intentionally poison them.

Evidence regarding how prairie dogs and cattle compete for resources is mixed. According to the Smithsonian Magazine, they do eat and clip grasses, but they also help maintain grassland habitat for cattle.

How so? Their landscaping prevents woody shrubs from taking over and can increase the nutritional quality of grass by promoting the growth of young grasses that contain extra protein and are easier to digest.

Competition between cattle and prairie dogs is still a highly debated topic and in order to understand the full picture, we need more research. 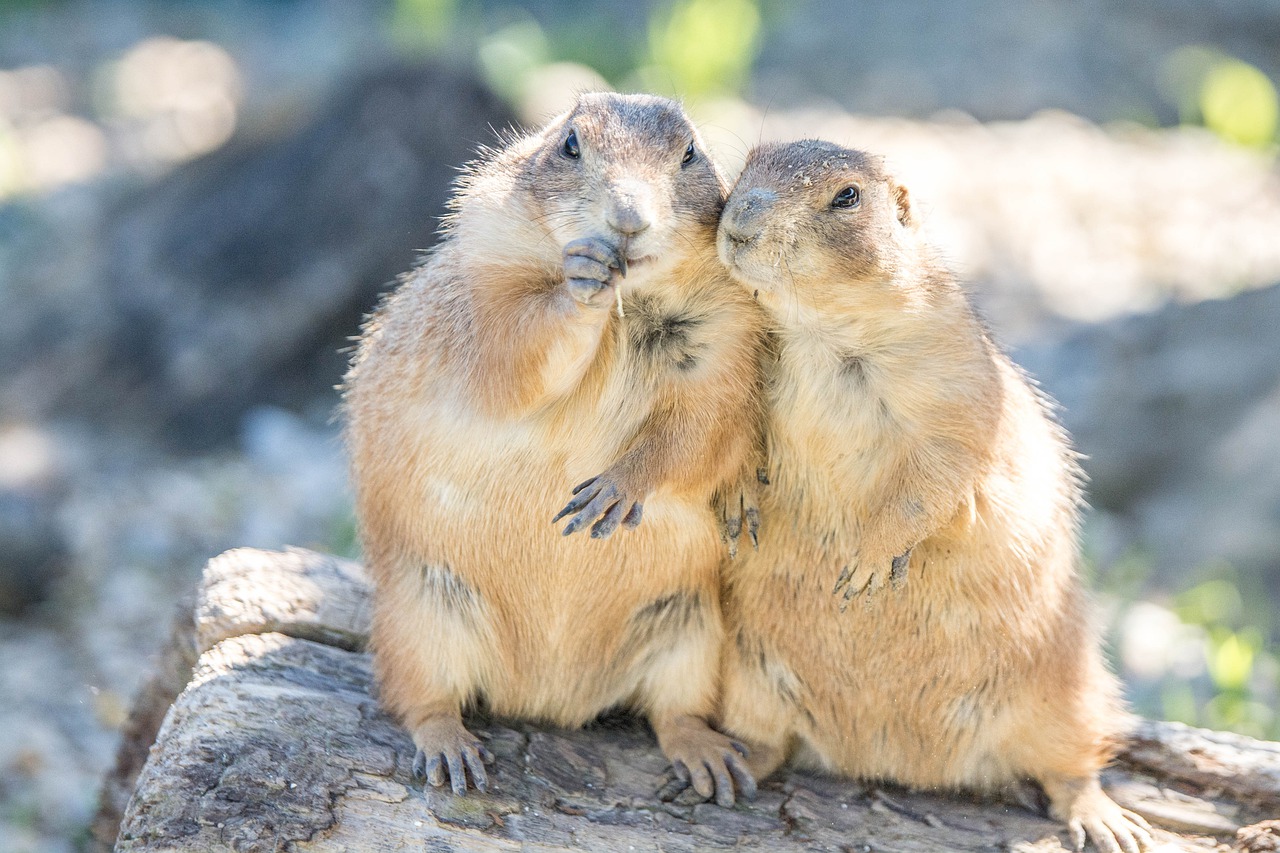 We know only a glimpse about prairie dogs and we know how people can see them as unwanted animals. Nevertheless, they’re still a keystone species like bison and wolves.

Those animals have indirect impact, but still important on the animals surrounding them. What we need to do is researching a lot about prairie dogs so that we can unravel more details.

For instance, do nesting birds and their chicks get a boost to their diets from the communities of insects, spiders and other arthropods that live on prairie dog towns?

Surely more research efforts can help us understand how prairie dogs affect the species that rely on them. And in turn, conservationists and land managers across the Great Plains will be better equipped to conserve and manage prairie biodiversity.