Due to Human Error, Reusable Bags can be Worse than the Single-Use Ones

You are here: Home / Hello Earth / Due to Human Error, Reusable Bags can be Worse than the Single-Use Ones

It has been ingrained to us that plastic bags are big no-no. And then, we quickly switched to reusable bags in order to reduce the usage as well as plastic waste. Some places require us to bring our own bags so that they won’t charge us for the single use ones.

The idea is great. But like all ideas, the reality may not go hand in hand. It turns out that some people don’t reuse these bags that much. Since these reusable bags are usually made from plastic as well, the fact that they’re not reused that much means that we’ve simply replaced cheap single-use bags with the more expensive and denser ones.

While it may seem that we’ve done something good for the environment, and we can say “Well we can reuse them anyway so what’s the harm?”, plastic pollution problem can become worse.

A report from the Environmental Investigation Agency (EIA) and Greenpeace looked at grocery stores in the United Kingdom and found that the top 10 stores reported selling 1.5 billion plastic reusable bags so far in 2019, which cashes out to roughly 54 reusable bags per household. The year before, the top eight grocers sold 959 million of these bags.

In conclusion, these numbers prove that the bags are not in fact used for life and get replaced regularly instead, at a pace that’s increasingly approaching single use.

“Our survey reveals a huge rise in the sale of plastic ‘bags for life,’ demonstrating the inadequacy of the current policy which is clearly not providing a strong enough incentive for people to stop using ‘bags for life’ as a single-use option,” the report stated.

Fiona Nicholls, one of the report’s authors, said, “We have replaced one problem with another. Bags for life have become bags for a week.”

Now, plastic used in these reusable bags is thicker and sometimes woven with fine plastic fibers. If we use them only a few times and then it gets discarded, we’re going to add more plastic to the landfills than if we use cheap single-use bags. Moreover, the fibers can become microplastics which can be harmful not just to us, but also to other life forms.

Alright, what about cotton? 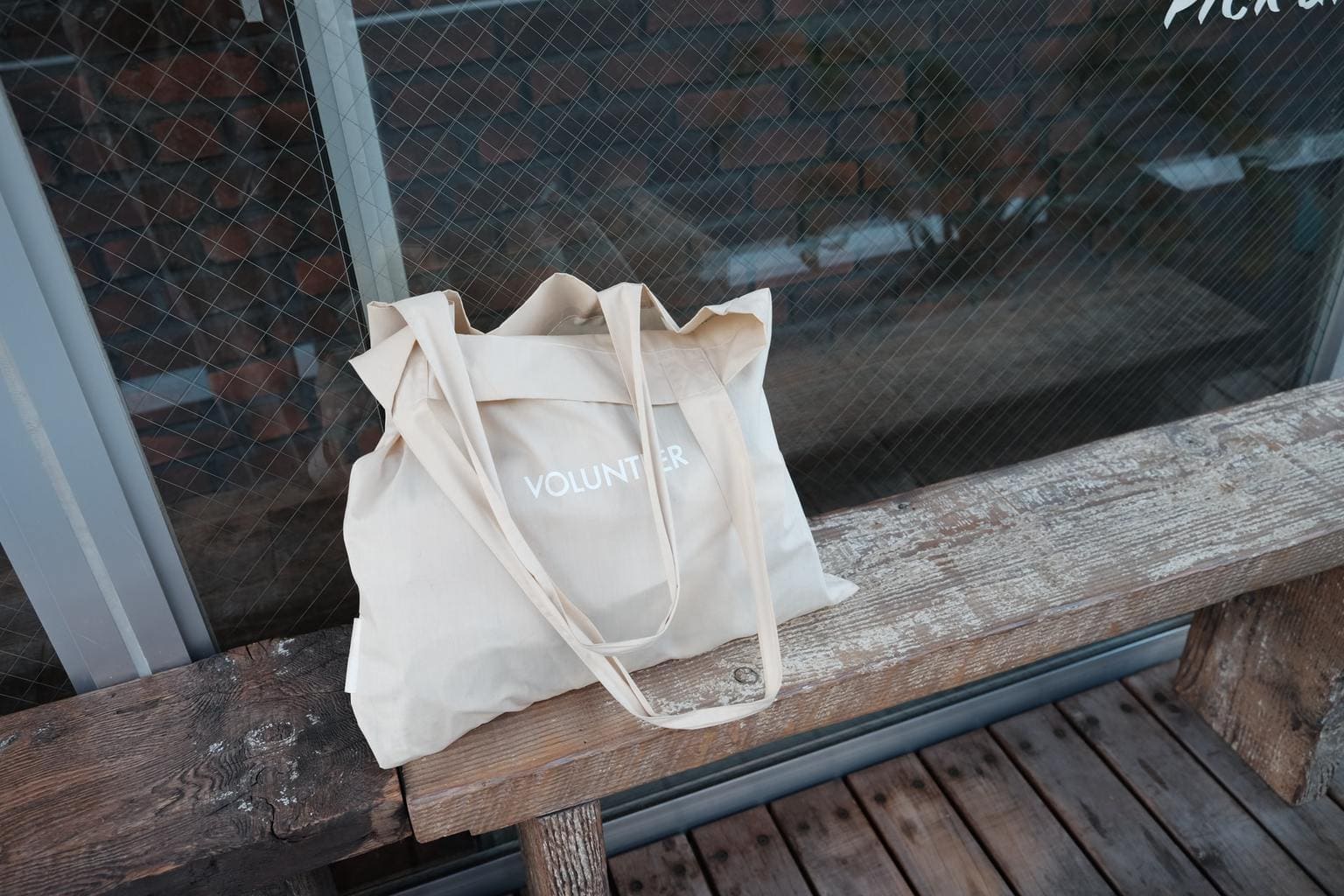 Since the problem above seems to revolve around plastic, comes the question, “Cotton is something not synthetic, so it’s alright with cotton bags then?” Not so fast.

In a 2018 life-cycle assessment, Denmark’s ministry of environment and food agreed with previous similar studies, finding that classic plastic shopping bags have the least environmental impact. Now, this study doesn’t take marine litter into account, even though we all know it’s a big problem in itself.

However, when we consider other factors, such as the impact of manufacturing on climate change, ozone depletion, water use, air pollution, and human toxicity, those classic, plastic shopping bags are actually the most harmless of the current common options.

There is a comparison provided by Quartz, which uses data from the Denmark study and you can see how plastic bags need to be used once before being incinerated, which according to the study, is possibly the best method of disposal.

Cotton bags must be reused around seven thousand times before they meet the environmental performance of plastic bags. Additionally, the Denmark researchers wrote that organic cotton is worse than conventional cotton when it comes to overall environmental impact.

One can adjust the benefits of organic cotton production like less fertilizer and pesticide use, which lead to less eutrophication and water contamination caused by growing it. Even so, the report believes that conventional cotton still has the higher ground. The report also assumed the cotton could not be recycled, since very little infrastructure exists for textile recycling. 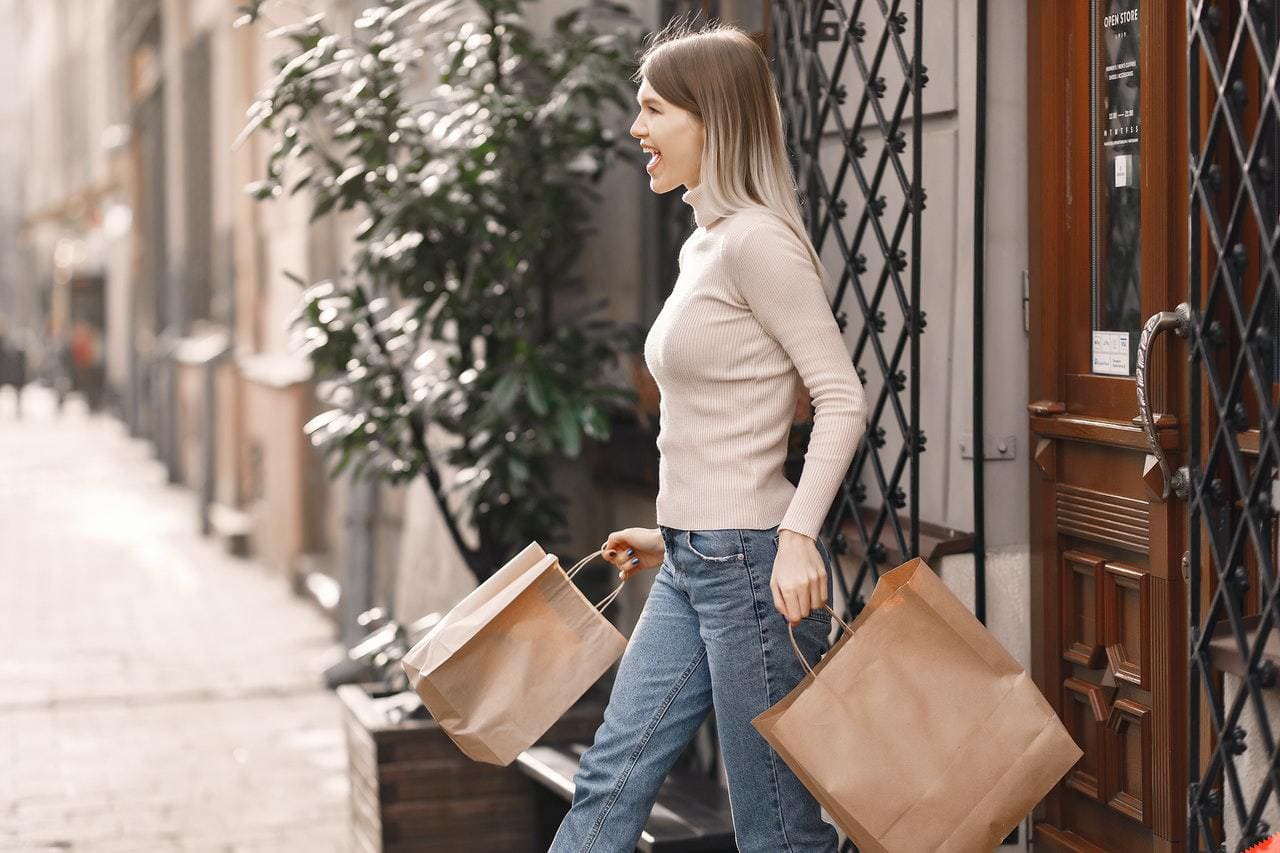 The United States Environmental Protection Agency stated that Americans go through hundreds of billions of single use plastic bags each year. As a result, they gather in the streets, the ocean, and landfills where they don’t biodegrade and endanger the wildlife. They are recyclable most of the time, but usually aren’t.

Now, paper bags are usually biodegradable and easy to recycle or compost. However, the production isn’t exactly eco friendly. It needs a lot of water, fuel, and possible deforestation in order to produce them in large numbers. Paper bags require more energy, so for other environmental considerations besides litter, paper products may be worse than plastic ones.

We know the problem with cotton bags, which leaves us to the plastic, non single-use ones. Reusable bags made from nonwoven polypropylene (PP) plastic are also actually less carbon-intensive to produce.

So, when we’re faced with the question, “Should we use plastic, cotton, paper, or reusable plastic bags?” The answer lies in how we use (how many times, specifically) and dispose of them. Because everything is not that simple.

From the comparison table which takes data from the Denmark study, we need to reuse cotton bags 52 times (149 times for the organic cotton variant) to have the same climate change impacts as a classic plastic bag and to account for its higher impact on the production side. Therefore, if we’re going to use this bag at least for five years (and really reuse it), it’s all good.

So, by looking at the data, we can consider the material, origins, and how many times we need to reuse the bags we choose. If you can, use or buy second hand tote bags instead of buying a new one. We can also keep reusing the bags we have (plastic bags, paper bags, cotton totes, what have you) until they fall apart and we absolutely can’t repurpose or reuse them anymore.

And whatever you choose, it’s our actions that speak louder and make the greatest difference, not the bags we prefer to use. Actually reuse your reusable bags and don’t keep forgetting about bringing them with you, cycle, walk, use public transportations as much as you can, and buy your groceries or daily needs locally.

So, what is your choice of reusable bags then?