Invasive species. The thing about it is that at times the bad animals can look so small and seems indefensible just like the mosquitofish. Some may say they’re cute and can look like they make good pets. Don’t be fooled, though, because they’re actually a nasty bunch.
In their invasion zone, they outcompete other freshwater dwellers like other types of native fish and tadpoles, and eat their eggs. It’s been made worse with the fact that they don’t have any natural predators in that zone. And just like the good old invasive lionfish, their population has bloomed beyond control, threatening the native wildlife.
Back in the 1900s, scientists introduced this species everywhere in the world as an effort to control mosquito populations, hence the name. It was with a sound purpose: reducing the spread of mosquito-related diseases like malaria.
But then came the inadvertent disaster. Instead of feasting on mosquito larvae as the scientists would want them to, they devoured native animals and their eggs and they still do until today. Because they’re able to reproduce freely without predators, it was way too late to reverse the effect.
Scientists have tried to figure out a way to control mosquitofish in a way that doesn’t harm the ecosystem at the same time. That was quite the unattainable goal until recently: the researchers have come up with a robotic fish that can be a new, horrible device that could intimidate and perhaps drive away mosquitofish.
Lead author Giovanni Polverino stated, “Instead of killing them one by one, we’re presenting an approach that can inform better strategies to control this global pest. We made their worst nightmare become real: a robot that scares the mosquitofish but not the other animals around it.”

Shaped like a largemouth bass, one of the fish’s natural predators, the robot has a camera to differentiate between mosquitofish and tadpoles. Researchers set up 12 tanks with six mosquitofish and six tadpoles in each one and allowed them to acclimate for a week before meeting the robot.
Then, the scientists place each tank group with the robot for one hour and twice a week in the span of five weeks.
They found that whenever the robofish was around, the mosquitofish spent more time clustered together, and their swimming became more erratic. And because of the invasive fish’s anxious and fearful behavior, the tadpoles could roam more freely without fearing that the fish would nip at their tails. These effects even lasted for weeks after the final encounter with the robot.
And when researchers put them all back to their own tanks, the mosquitofish were less active and didn’t eat as much. And according to the scientists, those are signs of anxiety.
These invasive critters were so stressed and (finally) lived in fear that they started to lose weight. Moreover, the males’ body shapes changed so that they could be more streamlined, likely so that they can escape more quickly when they need to. Last but not least, their sperm count dropped by around 50%.
Polverino said, “You don’t need to kill them. We can basically inject fear into the system, and the fear kills them slowly.”

Wild mosquitofish could (sadly) be at ease for now

While this experiment and study showed promising results and could be an effective, non-harmful solution for the mosquitofish problem, the robofish must stay in the labs for now. The research team needs more time to understand the long-term impacts on other wildlife and downstream effects on the ecosystem as a whole.
However, Polverino stated that the team has proven that fear can in fact affect the survival and reproduction of mosquitofish.
“Hopefully, our approach of using robotics to reveal the weaknesses of an incredibly successful pest will open the door to improve our biocontrol practices and combat invasive species. We are very excited about this,” Polverino said.
So after this, the team is going to test the robot in freshwater pools in Australia, where mosquitofish threaten multiple endangered species. 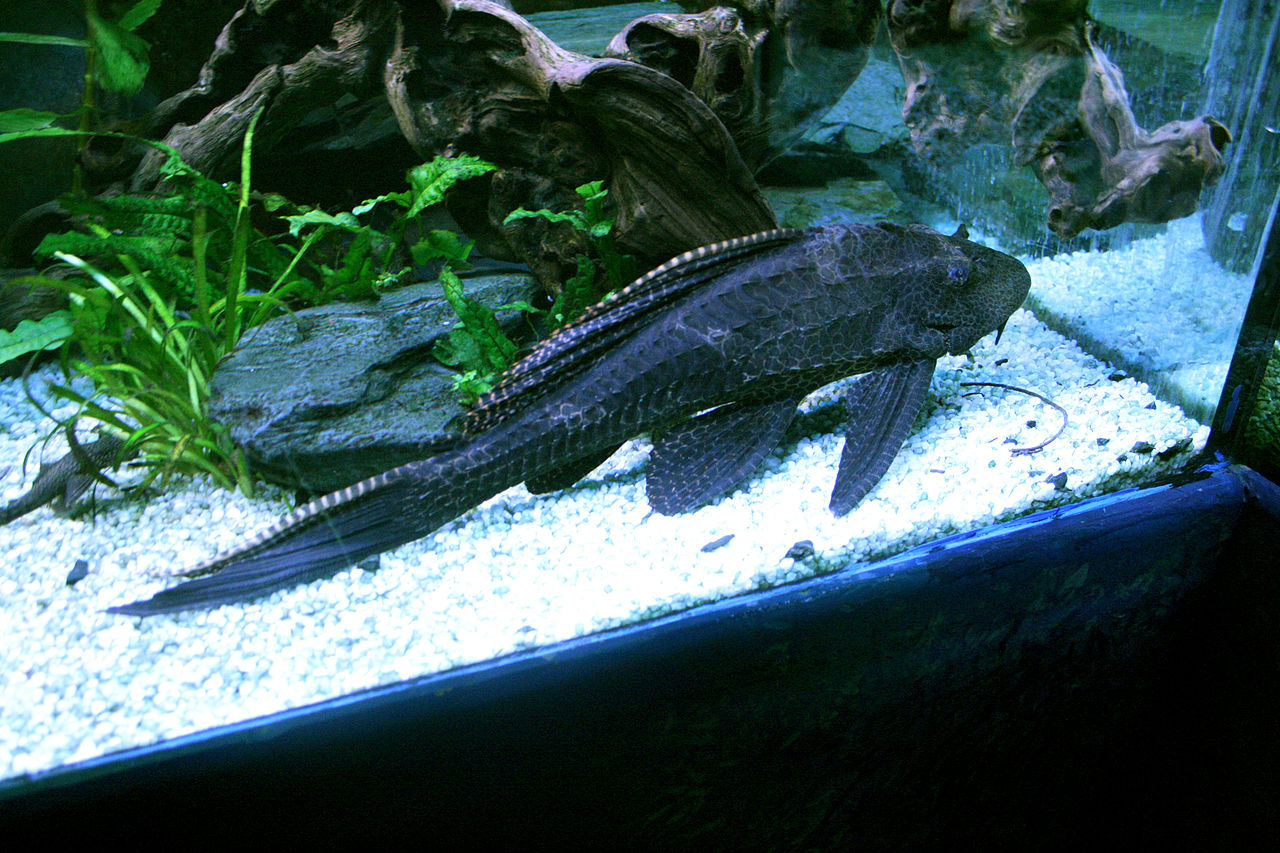 The need for better education about dumping exotic, non-native fish

While mosquitofish started as a solution for what was a threatening problem back then, sometimes invasive species was just the result of recklessness and lack of education.
Take lantana, for example. The flowers look pretty and one might think it’d look good in their garden. Unfortunately, this plant has created a multi-layer problem in Australia and control efforts have been rather unsuccessful.
And in Texas, the problem would be suckermouth armored catfish. According to Texas Parks and Wildlife, researchers have pulled 406 of them from the San Marcos River.
The catfish species are native to South America, Panama and Costa Rica. And people like keeping them in aquariums because they eat algae in tanks. If only people had kept them within the tanks, that wouldn’t have become such a problem. Unfortunately that’s not the case, and people have dumped them into many water bodies in Texas.
Melissa Bryant from the San Antonio River Authority said, “A lot of time people purchase plecos for their fish aquariums to clean the bottoms of the fish tanks and the sides and keep algae out of the fish tanks, and they don’t realize they can get up to two to two-and-a-half feet long.”
These suckerfish, also called plecos, grow rapidly without natural predators in Texas. Furthermore, they can survive out of water for more than 20 hours and they’ve got armored skin, to make it worse. Since their population has boomed, Texan rivers are rife with problems.
Fisheries scientist Gary Garrett said in a 2011 statement, “They take over important habitats such as springs, push out and replace native species (including listed species and species of conservation concern), decimate native vegetation and undermine and destabilize banks. In no way do they have any redeeming qualities.”

In the 1960s, invasives cost an average of $2 billion per year. But in the 2010s, that number spiked to over $26 billion, meaning that the cost in North America has increased without any possibility to decline.
Other than money issues, the native wildlife has been at a constant risk of extinction. According to the National Wildlife Federation, about 42% of threatened or endangered species are at risk due to invasive species.
To back the organization’s claim, scientists have suspected that armored catfish may have caused population reductions in a native species called Devils River minnows that live in San Felipe Creek in Texas.
What do they do with the 400 captured fish? According to Texas Parks and Wildlife Department’s senior scientist Monica McGarrity, scientists will euthanize and use them for research. “They want to look at the age and growth rate of the individuals in the river to get information about population dynamics,” McGarrity said.
Last year, researchers fitted the catfish in the San Marcos River with tags last year to study their movements and increase the effectiveness of removal efforts. Will Texas see a large removal of the invasive suckermouth after more research? Only time will tell, and we sure hope that it’ll happen.