What’s the Best Method to Clean Up Oil Spills? This Smart Sponge

You are here: Home / Eureka Green / What’s the Best Method to Clean Up Oil Spills? This Smart Sponge

One of the worst disasters is, in my opinion, oil spills. I mean, the effect is just dreadful, particularly when the process of fixing the problem takes a long time. This smart sponge might be able help us well in the future.

Let me sell this sponge upfront. It has an ability to absorb more than 30 times its weight in oil, it can clean up oil spills without harming marine life efficiently without costing too much, and you can reuse it a lot of times without losing its effectiveness just by squeezing the oil out.

Vinayak Dravid, who led the research said, “Oil spills have devastating and immediate effects on the environment, human health and economy. Although many spills are small and may not make the evening news, they are still profoundly invasive to the ecosystem and surrounding community. Our sponge can remediate these spills in a more economic, efficient and eco-friendly manner than any of the current state-of-the-art solutions.”

In this research, Dravid teamed up with Vikas Nandwana, a senior research associate in Dravid’s laboratory, and is the paper’s first author

The background of this research is based on the expensive and complicated process of oil spill clean-up which most of the time harms marine life and further damages the environment.

Popular solutions to clean the spill up include burning the oil, using chemical dispersants to breakdown oil into very small droplets, skimming oil floating on top of water and/or absorbing it with expensive, unrecyclable sorbents.

“Each approach has its own drawbacks and none are sustainable solutions. Burning increases carbon emissions and dispersants are terribly harmful for marine wildlife. Skimmers don’t work in rough waters or with thin layers of oil. And sorbents are not only expensive, but they generate a huge amount of physical waste–similar to the diaper landfill issue,” Nandwana said.

The substance that makes sponges smart

This sponge provides a good solution the challenges by selectively absorbing oil and leaving clean water and unaffected marine life behind. The secret lies in a nanocomposite coating of magnetic nanostructures and a carbon-based substrate that is oleophilic (attracts oil), hydrophobic (resists water) and magnetic.

The nanocomposite’s nanoporous 3D structure selectively interacts with and binds to the oil molecules, capturing and storing the oil until it is squeezed out. The magnetic nanostructures give the smart sponge two additional functionalities: controlled movement in the presence of an external magnetic field and desorption of adsorbed components, such as oil, in a simulated and remote manner.

Additionally, we can use the OHM (oleophobic hydrophobic magnetic) nanocomposite to coat any cheap sponge that is available around us. The researchers applied a thin coating of the slurry to the sponge, squeezed out the excess and let it dry. The sponge is quickly and easily converted into a smart sponge (or “OHM sponge”) with a selective affinity for oil.

Vinayak and his team tested the OHM sponge with many different types of crude oils of varying density and viscosity. They found that this sponge consistently absorbed up to 30 times its weight in oil, leaving the water behind.

Oil spills usually happen in moving water, be it river or sea, so the researchers did test the sponge in mimicked natural waves. They put the OHM sponge on a shaker submerged in water. Even after vigorous shaking, the sponge release less than 1% of its absorbed oil back into the water.

“Our sponge works effectively in diverse and extreme aquatic conditions that have different pH and salinity levels. We believe we can address a giga-ton problem with a nanoscale solution,” Dravid said.

“We are excited to introduce such smart sponges as an environmental remediation platform for selectively removing and recovering pollutants present in water, soil and air, such as excess nutrients, heavy metal contaminants, VOC/toxins and others. The nanostructure coating can be tailored to selectively adsorb (and later desorb) these pollutants,” Nandwana added.

Other than this, the team is working on another grade of OHM sponge that can selectively absorb (and later recover) excess dissolved nutrients, such as phosphates, from fertilizer runoff and agricultural pollution. The researchers want to develop and commercialize OHM technology for environmental clean-up.

Now, if only this sponge was available in large quantity now, we might be able to clean oil spills more easily. Recently there’s been an incident within the Arctic Circle in far northern Russia. About 20,000 tons of oil from a power plant leaked into a river. President Vladimir Putin had declared a state of emergency.

On May 29, oil leaked from a tank in an industrial plant operated by a subsidiary of Norilsk Nickel, the world’s largest producer of palladium and one of the largest producers of nickel, platinum and copper.

“The accident took place at the industrial site of the Nadezhdinski Metallurgical Plant, and part of the spilled petrochemicals, a considerable amount actually, seeped into the Ambarnaya River,” said Putin.

According to Reuters’ report, Putin was shocked to discover that local authorities had only learned of the incident from social media two days after it happened. Additionally, he admonished the regions’ governor Alexander Uss.

“What are we to learn about emergency situations from social networks? Are you alright health wise over there?” said the president. Then, he supported a proposal to declare a national state of emergency in the area as it would assist the clean-up effort.

On the company’s website, Norilsk Nickel stated, “The accident was caused by a sudden sinking of supporting posts in the basement of the storage tank” and that emergency teams “immediately arrived to the site to start clean up works.” They added that the spill happened in a remote area and no local had been impacted.

We don’t know if the company was telling the truth or not, but Norilsk Nickel stated that they were trying to limit damage to the local environment. “A regional emergency situation has been declared in the city of Norilsk and Taymir region. An emergency response team has been set up chaired by the city mayor of Norilsk,” the company stated.

Also, they’d brought in a special team to deal with the oil spill. The company stated, “In total, Norilsk Nickel has mobilized 250 personnel and 72 equipment items to work on the liquidation. As of June 3, a total of 262 tons of diesel fuel has been collected near HHP-3 (the power plant), a total of 800 cubic meters of contaminated soil has been removed and approximately 80 tons of fuel has been collected from the spill to Ambarnaya river.”

The president, who stated that the country hadn’t had this kind of experience/major accident before, has ordered officials to do an assessment. Reuters reported that the state environmental watchdog plans to finish its assessment of the damage by July 1.

Hopefully they act quickly or else the spill can move towards the Arctic Ocean, which would be horrendous, to put it lightly. 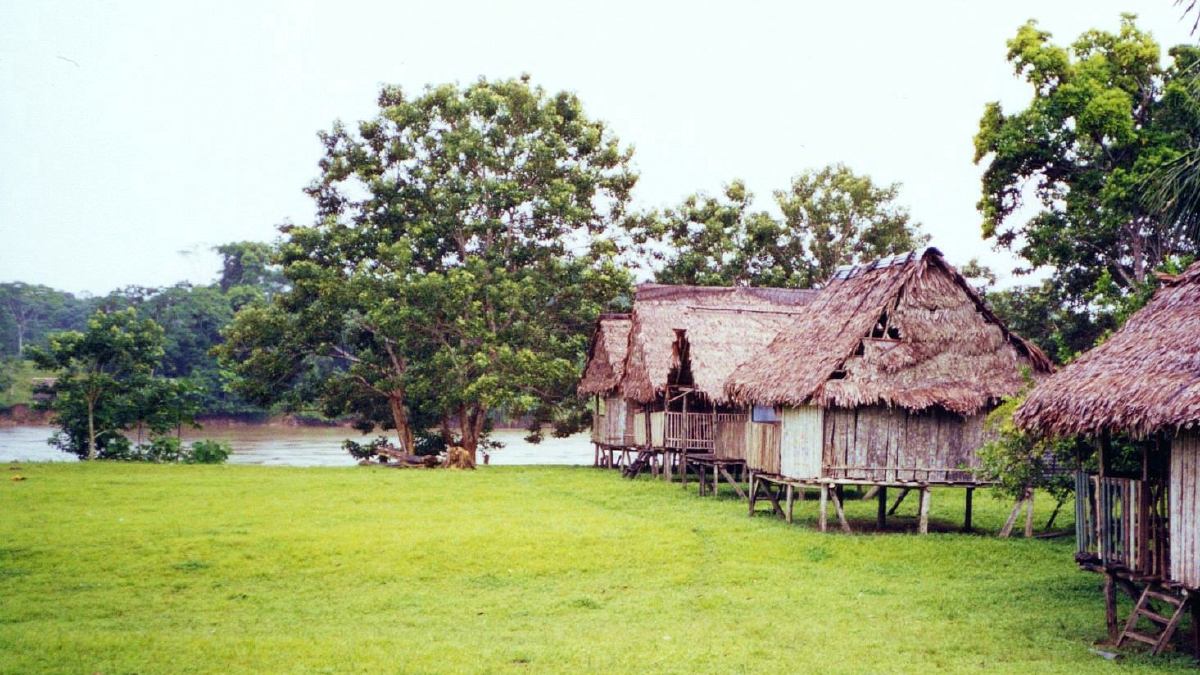 In Orellana province, near the Peruvian border, there was also an accident involving oil back in April. A landslide ruptured three of the country’s main pipelines, and as a result, the spill happened.

Around 120,000 people from around 150 indigenous communities living along the Coca and Napo river banks in the Amazon region are thought to have been affected by the accident. The spill, said to be one of the worst Amazon oil spills in 15 years, has made the communities fallen ill.

Communities closest to the source of the spill have reported an outbreak of illnesses such as painful headaches and diarrhea. Sadly, they’re being refused treatment because of fears over the coronavirus. Many claim that the local medical centers and hospitals have turned them away because they can only accept Covid-19 patients or those with acute emergencies.

If only we could get those sponges right now. Let’s just hope for the best and do what we can do to help, you know, by donating, volunteering, and stuff.