You are here: Home / Hello Earth / Scientists Have Played Recordings of Healthy Ocean to Allure Animals to Coral Reefs

Serendipity is always welcome, particularly in times when it’s truly needed. Such was the case for Stephen Simpson, a marine biologist who’s found a way to help coral reefs in an unconventional way: playing recordings of healthy ocean to marine animals.

In 2014 – 2016, cyclones smashed reefs, turning corals upside down, followed by a massive bleaching. Simpson felt devastated, saying that it was like swimming in a graveyard.

The next year, he and graduate student Timothy Gordon built new miniature reefs and placed speakers nearby to play recordings made when the reefs were healthy. Unexpectedly, twice as many young fish settled on the reefs near these speakers. “We found that we could actually start to rebuild the reef community,” Simpson says.

This experiment came to mind because of the fact that a healthy ocean is noisy. In a normal state, sounds coming from fish whistling and grunting, sea urchins scraping food, dolphins squealing, and spiny lobsters playing their antennae like violins. Marine animals love this noise, and just like how big cities attract us humans, this hustle and bustle attract young creatures looking for a new, permanent home.

Researchers have found that sound is one of the cues that baby fish use to find and settle on a coral reef after spending their first weeks swimming in the open ocean. Simpson said, “We realized that the fish might be hearing their way home.

“The acoustic world underwater is critical for the survival of most animals. We are starting to see the world from their perspective in a way that we don’t, really, when we simply swim around with our eyes open.”

The power of sound

This is actually not the first time that sound is used to attract animals so they can help rebuild or restore ecosystems. Brittany Williams, a graduate student at the University of Adelaide Australia, reviewed such projects to try and spread the knowledge that sound has great potential.

Earlier experiments were done to attract seabirds, including Arctic terns and marbled murrelets, to new testing sites. While William’s own research, which begun during her postgraduate degree in Australia, looked at how sound can help oyster larvae choose where to settle.

The thing about oyster larvae are, they’re tiny animals, barely big enough to spot without a microscope. But, they have little feet that flap around to help them reach their chosen location. “Then they stick onto it and grow into the adult oyster, and they stay there forever,” Williams said. 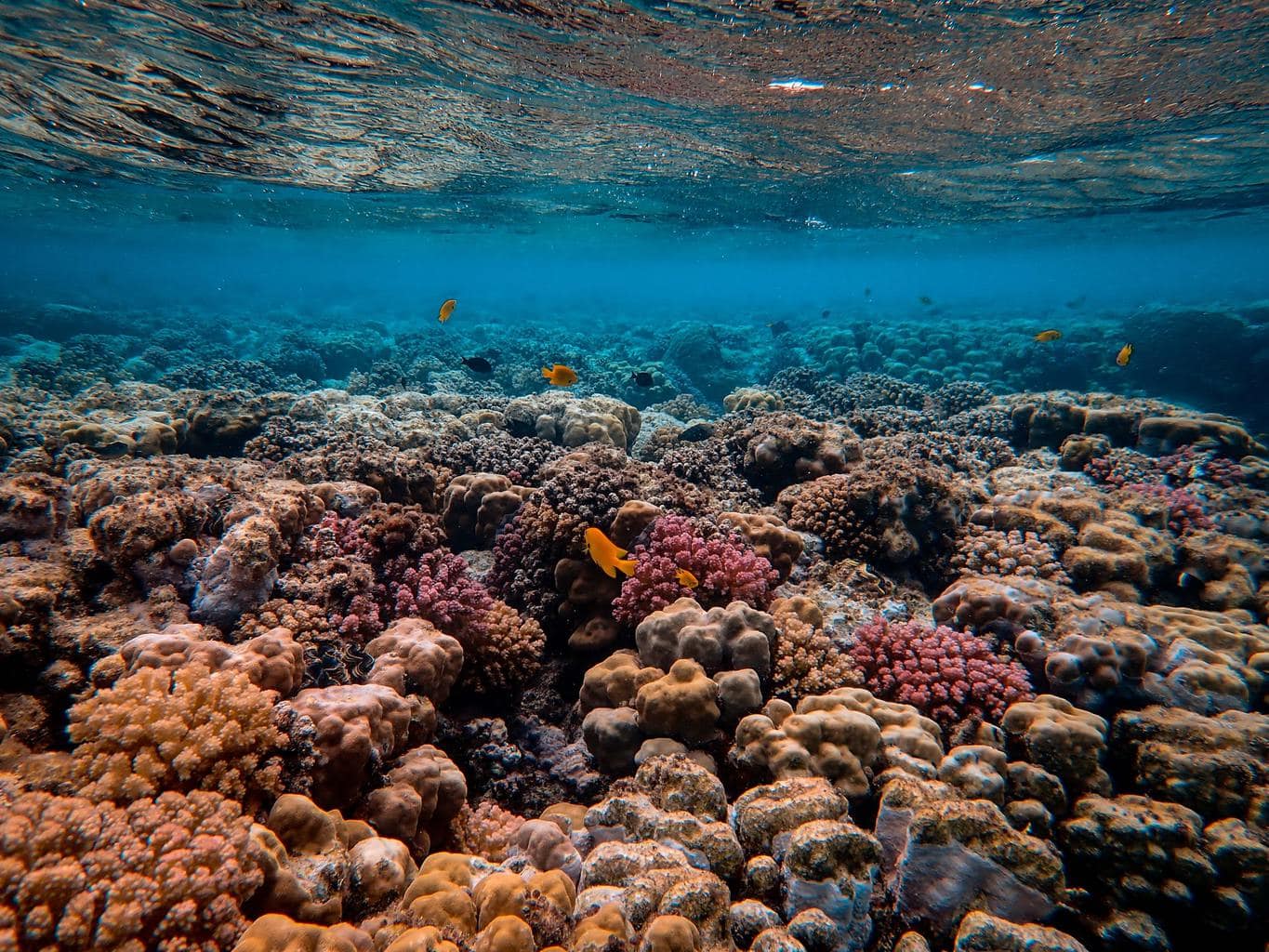 In the lab, Williams put oyster larvae into jars and played some of them a recording from a barren site where an oyster reef used to be.

Other oysters were played nothing, while a third group heard the sound of a restored reef that crackled and popped with snapping shrimp. The larvae that heard the restored reef were about twice as likely as the others to settle and attach themselves at the bottom of the jar.

“I was like, wow, I almost can’t believe it! I ran off and told my supervisors,” Williams said, upon seeing the difference. The results motivated Williams to pursue a PhD and continue this research. She said, “It’s exciting to have a bit of a role in figuring all of it out.”

Currently, Simpson has tried new experiments in the Caribbean to see how well sounds attract fish there. On the other hand, Williams has also started her own field experiments to attract oyster larvae by playing different reef sounds.

Williams hopes to learn which elements of the soundscape oysters like best, and whether it’s possible to attract larval oysters without also drawing fish that will eat them.

Simpson says audio playback is an exciting tool that may soon enhance reef restoration projects in the wild. People are already rebuilding reefs and waiting for ocean life to populate them. Sound could speed up that process.

Hopefully, these experiments can turn out to be fruitful, and get more researchers to do it to bigger animals.

But what about pollution in the ocean?

One thing we must remember is that the ocean is not as clean as some decades or ages ago.  I believe that attracting marine animals is important, provided that the location is clean. Because if not, it can be death traps to some of them.

I’m talking about tires from car and truck that end up in the ocean. Tires do get reclaimed or recycled or burned as fuel, but some people still illegally dump them or let them be in landfills.

Some people may argue that tires don’t exactly harm the ocean or it may help the aquatic life thrive. But, tires can actually release toxic chemicals into the environment, and their shapes prove to be deadly for some crustaceans, particularly hermit crabs.

Scientists found that hermit crabs climb into abandoned tires, seeking shelter or a meal only to find themselves unable to escape the recurved walls of the tire’s interior, starve to death. 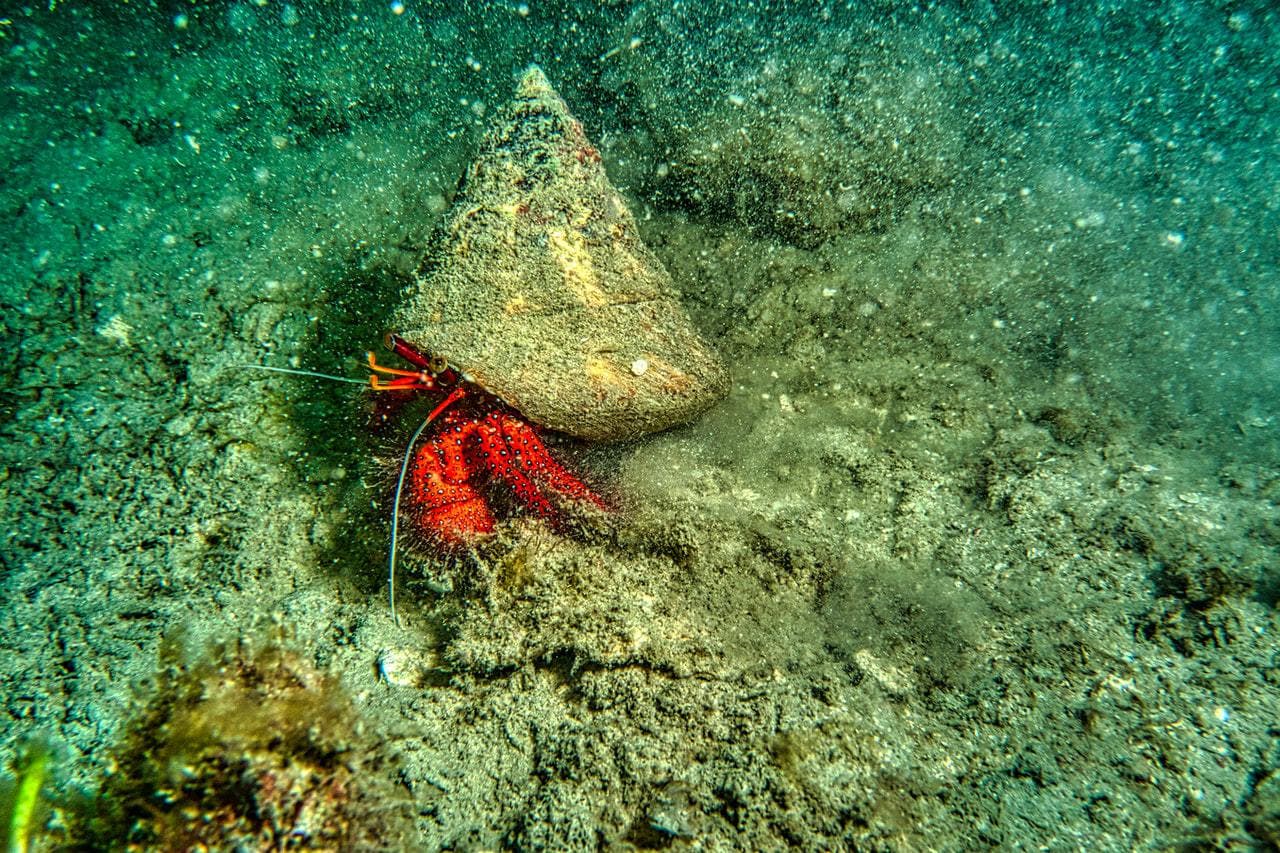 Under no-intervention circumstances, hermit crabs are actually attracted to the smell of their own dead, probably because they sense that some good, new shells are available.

In just one year—with intervention—the researchers counted more than 1,200 hermit crabs that became accidentally imprisoned inside a set of six tires placed on the seafloor.

The study lead author Atsushi Sogabe stated that the inspiration came when he was studying pipefish in 2012. During a research dive, he found a tire full of shells on the seafloor.

Some of those shells contained hermit crabs, and Sogabe suspected that the tire’s shape created an ecological problem. In order to find out if these animals can’t in fact find their way out of a tire, Sogabe and his team set up a pair of experiments.

Sogabe and his co-author fixed six passenger car tires to the seafloor with tent spikes in about 7.5 meters of water. Then, they left the tires to marinate in the brine for about a year and a half to more closely mimic tires that had spent long enough in the marine environment to accumulate algae and barnacles.

Since this was a conditioning for the tires, the researchers made sure to rescue any sea creatures that got in the tires.

After a year, Sogabe and his team swam down to the tires each month and counted the hermit crabs they had captured. By the time their observation ends, the researchers removed the animals from their rubber-walled prisons and released the critters a good distance away.

The second experiment was done in the lab, designed to test hermit crabs’ abilities to escape an average car tire under controlled conditions.

Similar to the experiment in the ‘open’, the researchers dropped a tire inside a large aquarium and then released groups of ten hermit crabs at a time either inside or outside of the tire and gave them 18 hours to figure things out.

Out of 120 hermit crabs from two different species, 19 managed to crawl inside the interior of the tire and none escaped. Additionally, the tires trapped a total of 1,278 hermit crabs over the 12 months Sogabe and his co-author spent observing them in the actual seafloor.