The Next Time You Go to Japan, Visit These Incredible Underrated Places

You are here: Home / Hello Earth / The Next Time You Go to Japan, Visit These Incredible Underrated Places

Alright, I’m not gonna be a hypocrite. If someday I went to Japan (I haven’t been there), I’d definitely visit the popular, touristy spots at first, because that’s the thing about holiday isn’t it? But if I had more chances to go there, I’d go to the low-key, underrated places to really experience different country and culture. So if you’re like me, or if you wanna have anti mainstream first visit to Japan, here’s a list for you.

Did you know? Yakushima Island is Japan’s first World Natural Heritage Site in 1993 and it has a nickname “The Alps on the Ocean”. The island is almost circular with more than 45 mountains over 1000 meters high with Mount Miyanoura being the highest in all of Kyushu standing at 1,936 meters.

Located about 135 km south of Kagoshima, this island has a unique ecosystem. Yakushima is a rather an isolated location which attracts more rainfall. Most of the islands have cedar forest covering them. There are many ancient trees older than 1000 years and you might spot them if you go trekking or hiking this island.

A must-visit spot of Yakushima would be Jomon Sugi which is a giant cedar tree believed to be 2000 to 7200 years old. Older than old civilizations we know. Another one is Shiratani Unsuikyo Gorge that starts at an altitude of 600 meters, which might look meh if you don’t like moss covered forest, but this place is said to be the inspiration of Ghibli’s Princess Mononoke.

Wanna know where you can find places that look like your favorite Japanese manga, anime, film, or novel? You might want to visit Onomichi. This little city near Hiroshima is known for its labyrinth hill alleys and small town architecture with a lot of small shrines and temples and house cats that like to observe passerby.

Because of the city’s relaxed and old-time atmosphere, many Japanese who visit this city feel nostalgic that they feel like they come home each time they go to Onomichi.

In Gifu prefecture there are beautiful villages in the remote Ryohaku Mountains. The villages are known for their wooden houses that use a unique construction called Gassho-zukuri. The steep roof is meant to resemble hands clasped when praying, hence the name gassho (hands in prayer).

Go to villages Ogimachi, Ainokura and Suganuma. When you go there, you’ll find farmhouses that become open air museums and it feels like you’re travelling back in time. It’s probably best to go here during winter. Yes, it will be cold, but at night, the villages give you an out of the world view that’ll make you want to have more. 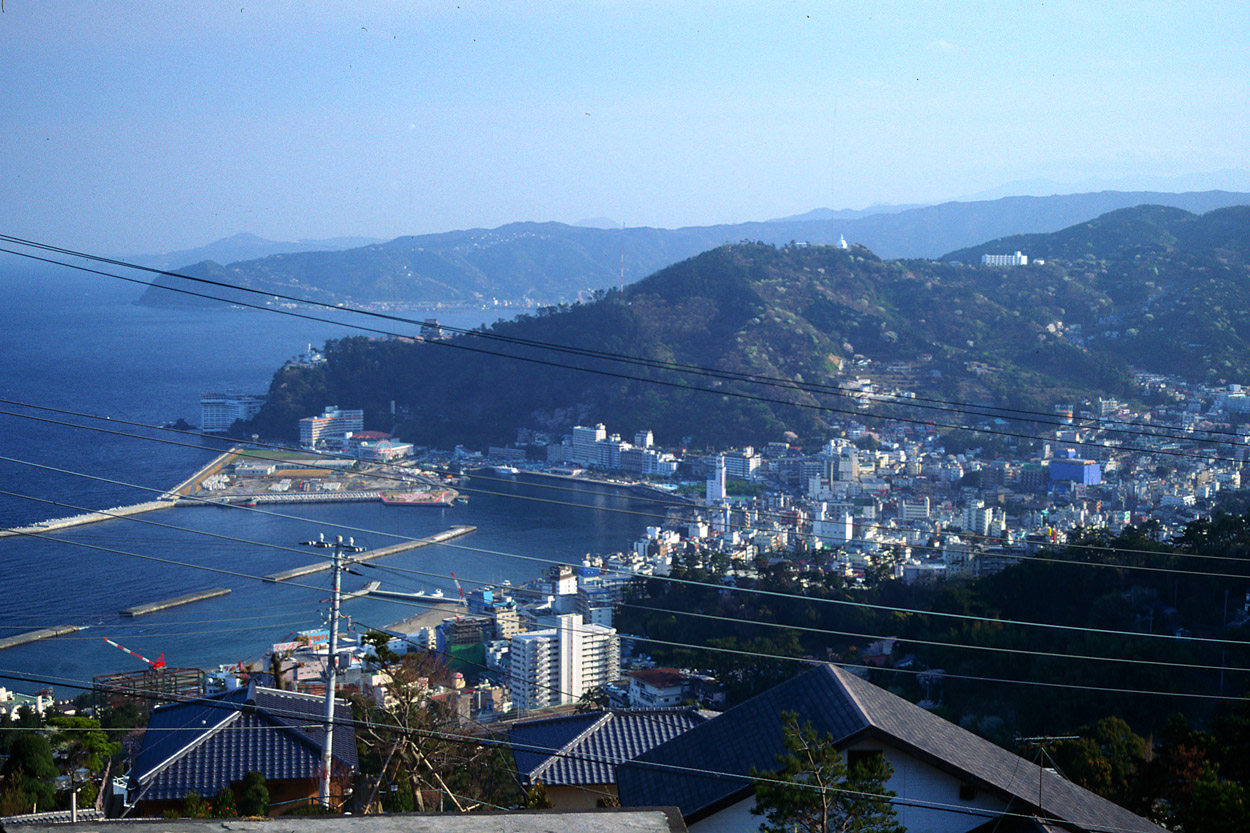 If you wanna go to a quiet place with ski and onsen resort, Atami is your place. This city was built during the Japanese asset price bubble in the 80s and a lot of people left it when the bubble burst in early 1992. Which is why this rather quaint city doesn’t have a lot of people.

There is a huge museum of art on top of a mountain and not many people go there. So again, when you do visit this place, you’ll find yourself be surrounded by a pretty view and since it’s so quiet, you can sort of meditate here. Interested? Atami is about one hour away from Tokyo by train.

Is having an ultimate Japanese experience your priority? If so, you’ll find one of Japan’s best onsen and an option to stay in a traditional Japanese style inn in Beppu. There are many geothermal spots in this city and there are eight hot spring areas called Eight Hells of Beppu.

Because of the geothermal spots, steam keeps rising from the ground in Beppu. Sounds really scary but it’s actually a unique sight. Well, maybe it does at night because it might look like a scene from old horror films.

The best way to spend your time in Beppu is stay in Japanese ryokan (traditional inn) and release every tension of your body or stress in the natural onsens. Other than hot springs, you should try the mud bath, sand bath, and steam bath as well. Experience Beppu further by trying the local cuisine. Here, you can try “Steam Hell Cuisine” that uses hot steam as a way of cooking.

For a day trip, you can go to Takasakiyama Monkey Park at the base of Mt. Takasaki. There are about 1500 wild Japanese macaques and you can get here from Beppu City very easily. But all in all, if you’re all about relaxing by soaking yourself in hot springs, this city will absolutely meet your expectations. 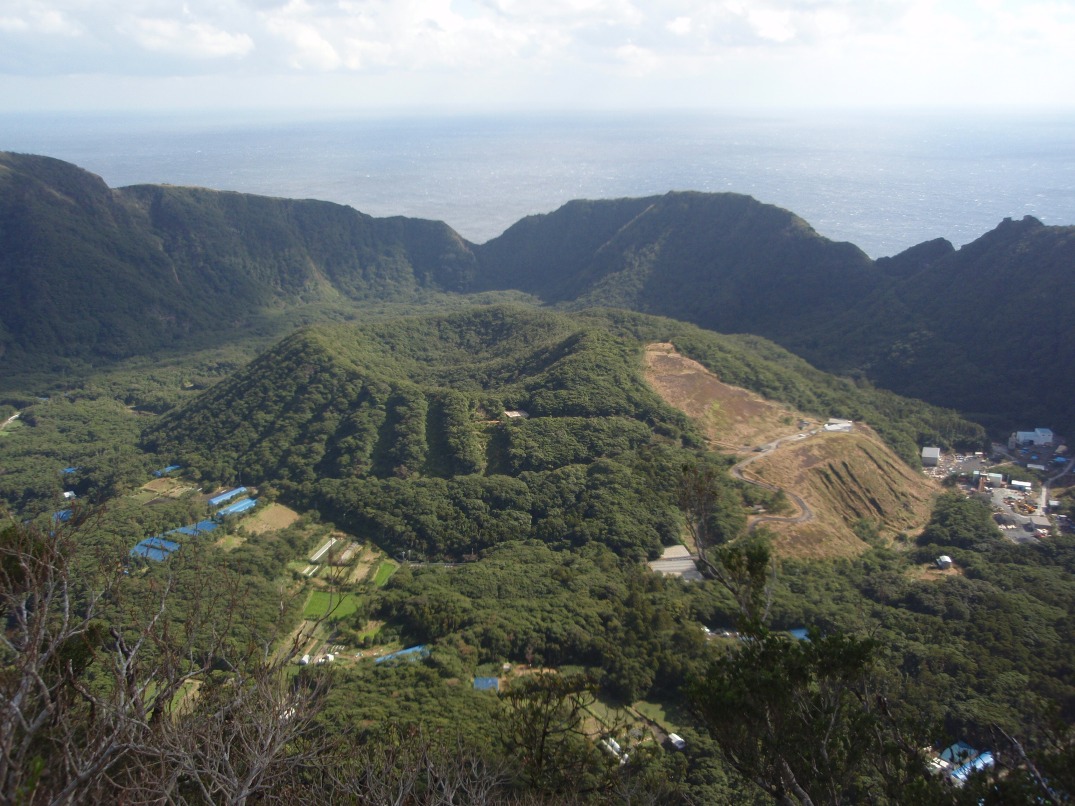 The selling point of Aogashima is that it looks pretty prehistoric albeit being 250 km from Tokyo. However, it takes some effort to reach this island as it’s remote and difficult to reach. Part of the Izu Archipelago in the Philippine Sea, this island is surrounded by steep rugged cliffs and the center looks like a bowl or some sorts.

There’s an active volcanic caldera in the center, giving the island its unusual shape. Records in Edo period states that the last eruption was around 1652 and the last volcanic activity recorded was around 1781 to 1785. There’s still steam escaping from the ground as well as sulphur, which is why it’s still considered an active volcano.

Even though it’s very remote, there are actually people who live here. Nobody knows how it all began but right now, there are around 160 inhabitants of this island. Probably if you go there, you’d want to be one of the inhabitants as well, since the scenic views of Aogashima is incomparable.

When you go to Aogashima, make sure you go scuba diving and spend your time at the geothermal sauna. If you wanna enjoy the view and take lots of pictures, well simply take a look and walk around you.