It ain’t magic, but a recent internet-sensational photo of sled dogs in Greenland looks like they used some kind of magic to walk on water. It’s all but an illusion.

Annually, climate scientists at the Danish Meteorological Institute went to the Greenland sea ice to collect their instruments before all of them melt down. Usually, the dogs walk on ice, but the warming temperatures made them splash around in ankle-deep water.

The photo was taken back on June 13 by climatologist Steffen Olsen from the Center for Ocean and Ice at the institute. Rasmus Tonboe, Olsen’s colleague, tweeted the photo saying, “Rapid melt and sea ice with low permeability and few cracks leaves the melt water on top.” Olsen tweeted that the dogs were actually running on sea ice flooded by surface meltwater.

Read also: Everything is Warming Now That Mount Everest is Showing Its Deceased Climbers

Ruth Mottram, a climate scientist at the institute, told The Guardian, “This year the expedition to retrieve the instruments – by dog-sled, still the most practical way to get around in this region at this time of year – ran into a lot of standing water on the sea ice,”

“The ice here forms pretty reliably every winter and is very thick, which means that there are relatively few fractures for meltwater to drain through. Last week saw the onset of very warm conditions in Greenland and in fact much of the rest of the Arctic, driven by warmer air moving up from the south,” Mottram continued.

She said that those conditions led to a great amount of melting ice. The ice is thick and since water couldn’t find fractures where it can drain, it pools on the surface. Actually, events like this are not rare, but they don’t usually happen until late summer.

Mottram stated that when Olsen took the photos of the dogs splashing through the water, the temperature hit about 63 degrees, which according to her is pretty warm for Northern Greenland, even in summer.

Although it seems like this is the doing of global warming, Mottram said the temperatures are out of the ordinary, it’s still too early to say whether global warming plays a part in this pooling water. Mottram stated that this condition was “still a weather-driven extreme event, so it’s hard to pin it down to climate change alone.”

But she also added, “Our climate model simulations expect there to be a general decline in the length of the sea ice season around Greenland, but how fast and how much is very much dependent on how much global temperature rises.”

Read also: These Polar Bears Tried To Send Us A Message

For a Climate Watch segment, CBSN reported that Greenland had a temperature increase with more than 40 degrees above average and it led to an estimated 2 billion tons of ice loss. Experts believe that the sudden and dramatic loss of ice early in the summer could have a tremendous impact on weather across the planet.

Ted Scambos, a senior research scientist at the University of Colorado – Boulder’s Earth Science Observation Center said that the Arctic takes the small increase in the global average temperatures and amplifies it.

Scambos said that the beginning of snow and ice meltdown in the region allowed the surface of Earth to absorb more heat and it would lead to more melting. The effect would throw the balance of the planet’s climate system out. 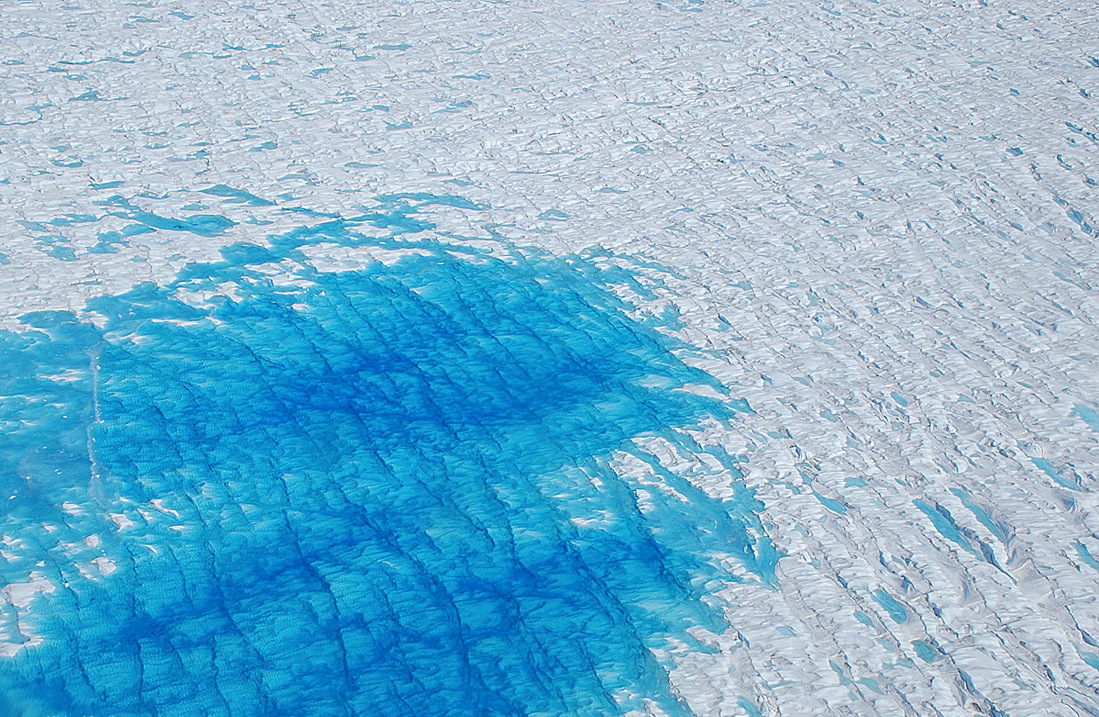 “There is warmth in the tropical regions and the poles are supposed to be cold, and white and radiate a lot of heat away, and that sets up a big circulation pattern that leads to all the things we think are common to weather,” He said. This includes the direction storms usually blow in from and the prevailing wind currents.

“Those things happen because the poles are cold, and if we start to warm the poles, and change that ice cover, we change the entire dynamic of the Earth’s climate. That’s beginning to happen, with more severe storms, more persistent weather patterns, longer droughts; all that stuff is dependent on the fact that the ice on the ocean in the Arctic and the ice on Greenland are more or less the way they used to be, or we’re going to see big changes,” Sambos added.

Situation looks even more grim than ever when this senior researcher put it that way, but Scambos said that we still have time to delay the speeding rate of climate change and sea level rise.

The scientist said, “We’re going to roll into a warmer climate at the end of the century, but we don’t have to careen into it at breakneck speed. That’s the thing that I think is being pitched more widely by the scientific community; let’s adapt, let’s mitigate and let’s get started on a path that’s slowing down the pace of global warming. That’s the most important thing.”