Scientists Have Found an Unconventional Way to Kill Invasive Trout

You are here: Home / Hello Earth / Scientists Have Found an Unconventional Way to Kill Invasive Trout

Animals and plants and basically everything in the world are beautiful, unless they’re invasive. We already know the famous ones like lionfish, but there’s another species of fish that makes everything in Yellowstone National Park miserable, lake trout.

These trouts arrived in the national park around 25 years ago and just within a short time they tried to replace native cutthroat trout and made the ecosystem absolutely in chaos. The park service staff has tried a lot of things to bring back the balance, but not all were successful.

Lake trout is a species that’s bad news to the ecosystem of Yellowstone National Park mainly because they’ve devoured cutthroat. The cutthroat fishery worth an estimated 34 million dollars and it benefits the area. On the other hand, lake trout don’t have the same value as cutthroat and they’re not easy to catch.

Two of fourteen cutthroat species are already extinct, meaning that the park has to protect the species’ genetic wellbeing. Additionally, otters, ospreys, bears, and eagles that prey on easily caught, shallow-water-dwelling cutthroats can’t catch lake trout because this fish species is a deepwater dweller and hard to catch. 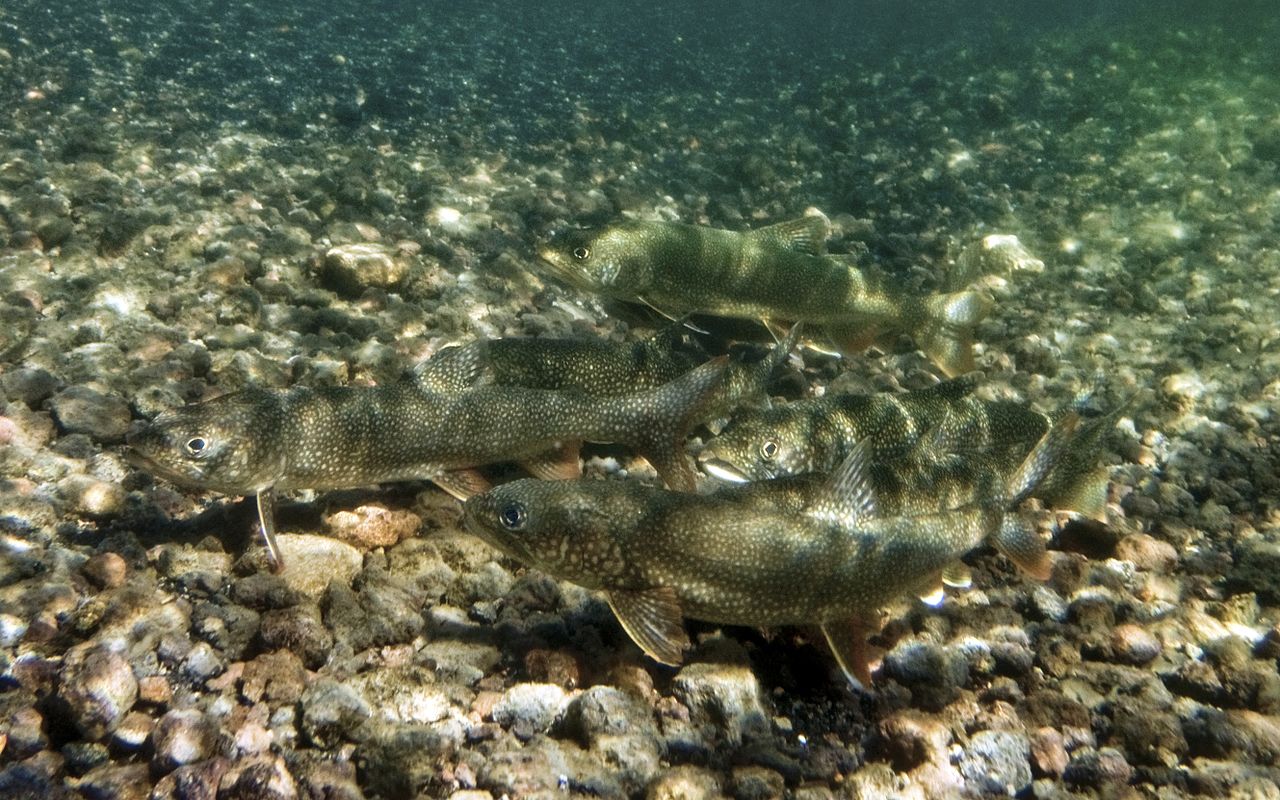 A supervisory fisheries biologist for the park said that there were 50 nesting pairs of ospreys in the lake system area, but now there are only three and four, which proves the damage done by lake trout even more.

And just like any other invasive species, lake trout is so hard to get rid of. The Park Service has hired commercial fishermen to remove as many trout as possible. Although they’ve managed to get more than 300,000 lake trout out of the park, the fish will still be a trouble. The fishermen has only slowed down the growth but not completely solved the problem.

One of the craziest things that the staff has considered doing is introducing harp seals to eat and devour the invasive trout. They’ve also tried vacuuming and electrocuting lake trout eggs as well as suffocating the eggs with lake trout carcasses. The latter worked for some time up to a point when it created unintended consequences.

Read also: Did You Know? Mesquite Trees Are an Invasive Species Taking Over Africa

The start of a good solution

Everything started in 1994 when Bob Greswell found a park ranger holding up a 45cm trout with a grey-green body, white spots, and forked tail (cutthroat is coppery with pink color around the gills). Gresswell, being an meritus research scientist with the U.S. Geological Survey, thought that that moment would be the end.

Nobody knows how the invasive trout, which is native to Canada, Alaska, the Great Lakes, and New England, could ever get into Yellowstone Lake. However, when everybody began to realize, lake trout was quite entrenched in the national park, getting rid of the native cutthroat. 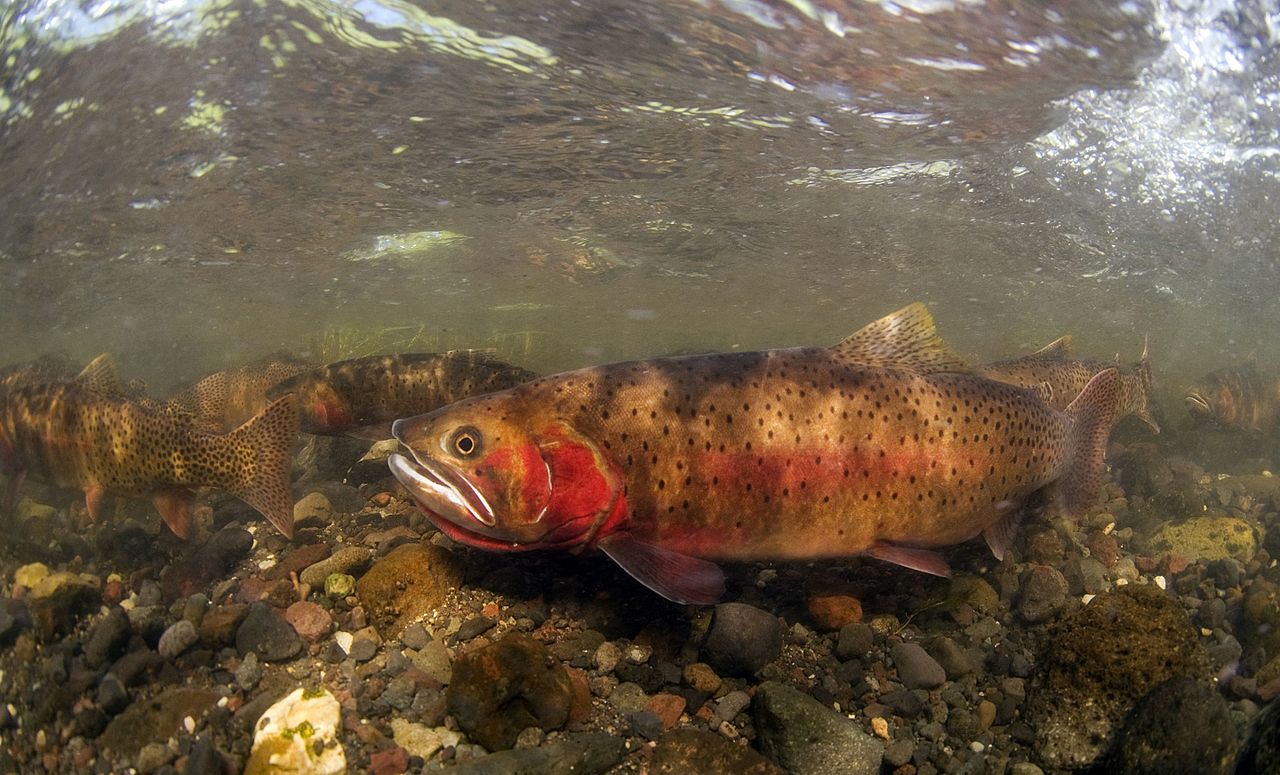 Of course, cutthroat trout populations crashed. Gresswell said that one stream dropped from 50,000 spawning cutthroat in the 1980s to 500 by 2005. Chaos ensued. Grizzly bears, ospreys, and bald eagles which fed on cutthroat trout struggled to find food. As a result, they turned to other animals, from baby swans to elk calves.

When lake trout populations bombed, biologists realized their best battle tool would be gill nets, the same method blamed for overfishing around the world. With gill nets, fish could become tangled in the fine twine when they try to swim through, and then fishermen pull them to the surface.

This method worked. According to a park fisheries biologist Patricia Bigelow, lake trout populations decreased to 32% from their peak in 2012. Unfortunately, the program was costly. The park service spent around $2 million each year and it was only directed to fish which are two years and older. Biologists believed that killing eggs is a more effective way to obliterate the invasive trout.

Philip Doepke, another park fisheries biologist stepped in to help Yellowstone. As mentioned before, the service attempted to kill eggs by electrocuting them using a rectangular frame that’s twice the size of a bed with wire stretched across the middle. Then, the shorter, weighted wires are hung down and put into the rocks, delivering electric current. Unfortunately, the lake’s pure water wasn’t a good electricity conductor so the method proved to be ineffective.

Then, the service tried vacuuming. It wasn’t effective because the method didn’t capture enough eggs. They also used tarps to reduce water flow and oxygen, but it turned out to be too weak. When the staff got desperate, they came up with an idea to bring harp seals, which are predators native to the North Atlantic and Arctic Oceans.

Introducing harp seals was rejected because biologists agreed that they wouldn’t bring another foreign species into the park to get rid of the existing invasive one. It would bring another problem to an existing problem.

Read also: The Beauty, The Mistery, And The Facts About Kudzu

So what’s the solution?

Killing eggs was still a priority, so biologists came up with a creative idea. They covered lake trout’s spawning beds with thousands of pounds of fish carcasses. The carcasses attracted grizzly bears and other large carnivores. Putting carcasses resulted in artificial feeding, which isn’t good for the ecosystem.

Therefore, biologists ground lake trout bodies into pulp. The decaying fish removed oxygen from the water and in turn suffocated the eggs, killing them as planned. Although this method had worked wonders, there would be fewer carcasses to kill the eggs in the long run. So two years ago, researchers developed a pellet made of soy and wheat gluten that sinks to the bottom, nestles next to the eggs, and works just like decomposing fish. 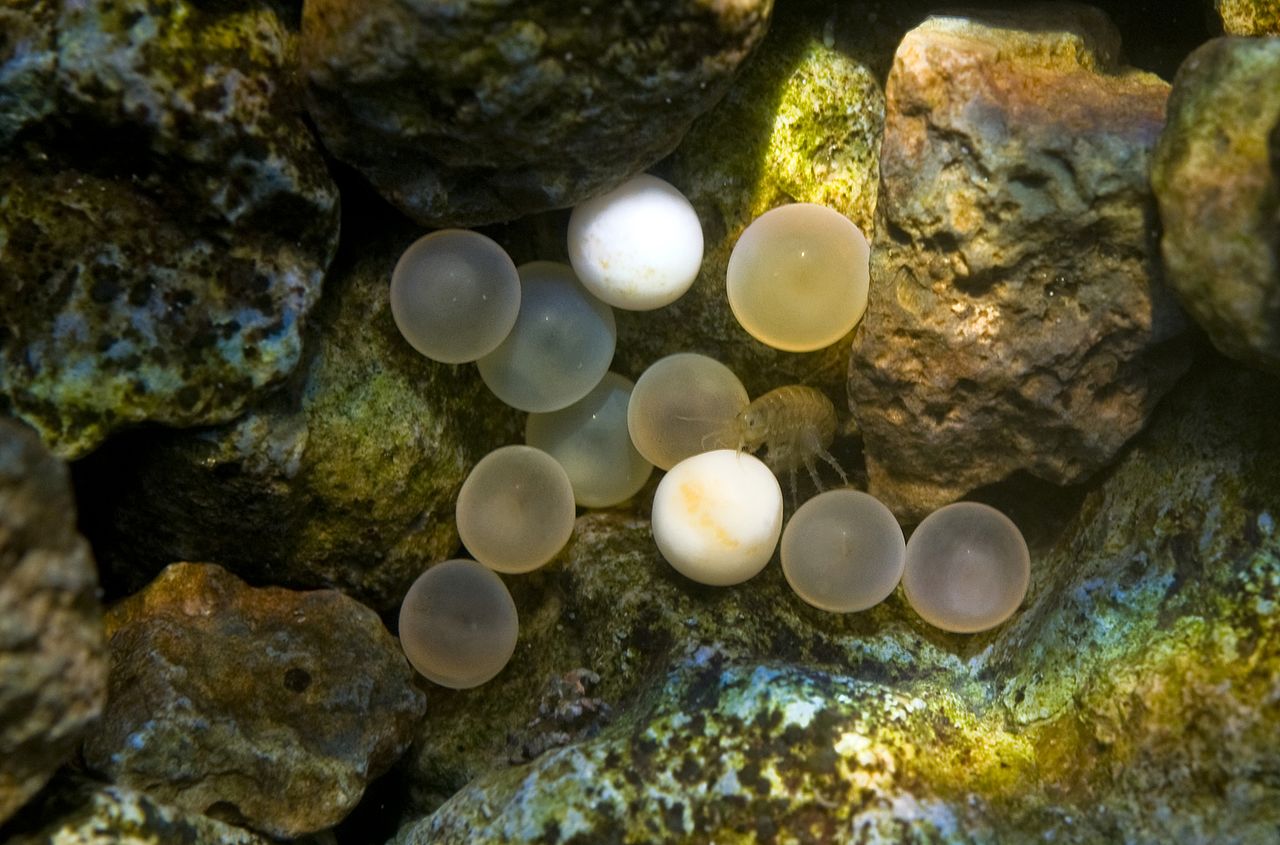 Researchers are still reviewing whether these manmade pellets have ecological consequences to the national park or not but the researching team should have completed the work in the next two years or so.

Biologists agree that even though the pellets and other egg-killing methods work, gill nets are still within the list of effective solutions. Yellowstone lake is very big, and the chance of remaining males meeting females is still too high.

Although, gill nets are also risky to the native cutthroat, since lake trout swim near the bottom of the lake and the native species closer to the top. Cutthroat as well as ducks and waterfowl could get entangled in the nets, but biologists agree that it’s for the greater good. Sacrificing some of them is worth it to obliterate lake trout population and in turn bringing the ecosystem balance back.

Thanks to this combo of solutions, bears, eagles, and ospreys are returning to the lake in growing numbers, and standardized random sampling of cutthroat trout show the population has almost tripled since 2010.

With this successful experiment, hopefully biologists and researchers can find ways to combat other invasive species in other areas of the world as well.

Read also: 10 Invasive Species (Animals and Plants) That You Might Not Know Yet