See How Nature Continues to Impress You by Visiting Active Volcanoes

You are here: Home / Hello Earth / See How Nature Continues to Impress You by Visiting Active Volcanoes

Visiting volcanoes might be the last thing you think of when you talk about travel destinations. But knowing the raw power they can make or how it can be devastating and also enriching will make you appreciate nature more. And that is why you should add visiting active volcanoes to your bucket list. Here are the places that you can visit.

At first you might be intimidated by the name because you’re scared of pronouncing it (if you’re not a Scandinavian or Icelander, that is), but the place itself is just as scary.

In 2010, Eyjafjallajökull sent ash to the sky, disrupting flight traffic all across Europe. However, you can still climb the steep ascent to the summit or enjoy the lava formations and other views from a super jeep tour.

Fun fact: Eyjafjallajökull is actually the glacier that covers the volcano, not the volcano itself.

Japan is very prone to earthquake, so it’s not surprising to see active volcanoes in this country. Now, Sakurajima used to be an island, however after a great eruption in 1914, the lava flow connected it to the Osumi Peninsula in southern Japan. Scientists say that there would be another major explosion in the next few decades.

The volcano is constantly smoking and the locals use umbrellas on ashy days. Until now, you can’t actually get too close to Sakurajima. But you can sate your curiosity by taking a ferry ride from Kagoshima and walk the Lava Road. The views are still amazing.

There are 37 volcanoes in Guatemala, but Pacaya is the most active albeit not the tallest. It’s not hard to reach the mountain so you can go here as a side trip. You’ll hike for about two hour and you’ll be rewarded by views of recent lava flows and three neighboring volcanoes.

Pacaya is named after the flower of the date palm that grows in Guatemalan lowlands and the dates are usually found in Guatemalan cooking. Therefore, you should also try the culinary while you’re there.

Read also: Bless In Disguise: How People Are Living In The Ring Of Fire

Etna is the tallest and most active volcano in Europe, but it’s also so stunning. Even though it’s tall, you can get to its highest point in half a day. And once you reach the top (and if the weather is friendly) you can see picturesque views of the Ionian, Adriatic, and Mediterranean seas.

There’s also a train that circles the base of the volcano in three hours and passes through barren black lava. Once you’re done with the sightseeing, enjoy drinking wine from grapes which flourished in mineral-rich volcanic soil. 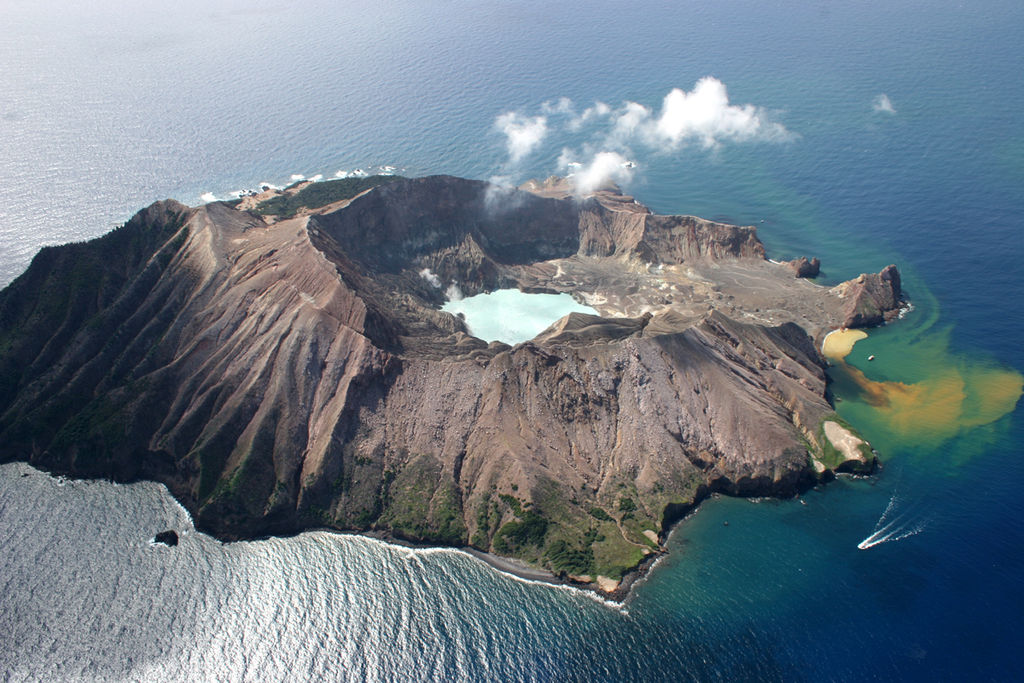 Located in the waters of the Bay of Plenty in the Pacific Ocean and about less than 50km from the North Island, this place is both an island and active marine volcano like Indonesia’s infamous Krakatoa. You’ll immediately see blowing hot water from its crater floor and hissing steam when you get here.

Now, marine volcano is dangerous, but it’s not impossible to visit Whakaari. There are licensed tour operators that can take you there by cruising and you can get up close to the bubbling mud, volcanic streams, as well as yellow and orange streaks of sulfur.

There are a lot of volcanoes in this country, but this one is the most active. The last major eruption of this mountain was in 2010, and everyone living within 20km of the crater was evacuated. Even so, some people became victims.

I went to the houses that were devastated by the hot air and volcanic ash clouds. It was like a mini Pompeii and it was so sad to see pictures of dead cattle that couldn’t save themselves as well as a car that two volunteers used to evacuate people (but they got into danger themselves and passed away).

However, people still come to experience the danger by hiking to its summit and see the lava closely. Merapi lies in the border between Central Java and Yogyakarta, and you can reach the mountain from the village of Selo on the north face of the volcano.

Read also: Park Rangers Are The True Rangers For The Wildlife All Around The World

One can predict, but one will never know when nature strikes. People of Quito have been living in fear of “the big one”, which is a major eruption of this mountain. Why are they afraid? Because when it happens, it could melt a giant glacier that can cause huge mud slides, wiping some of the Ecuadorian capital off the map. 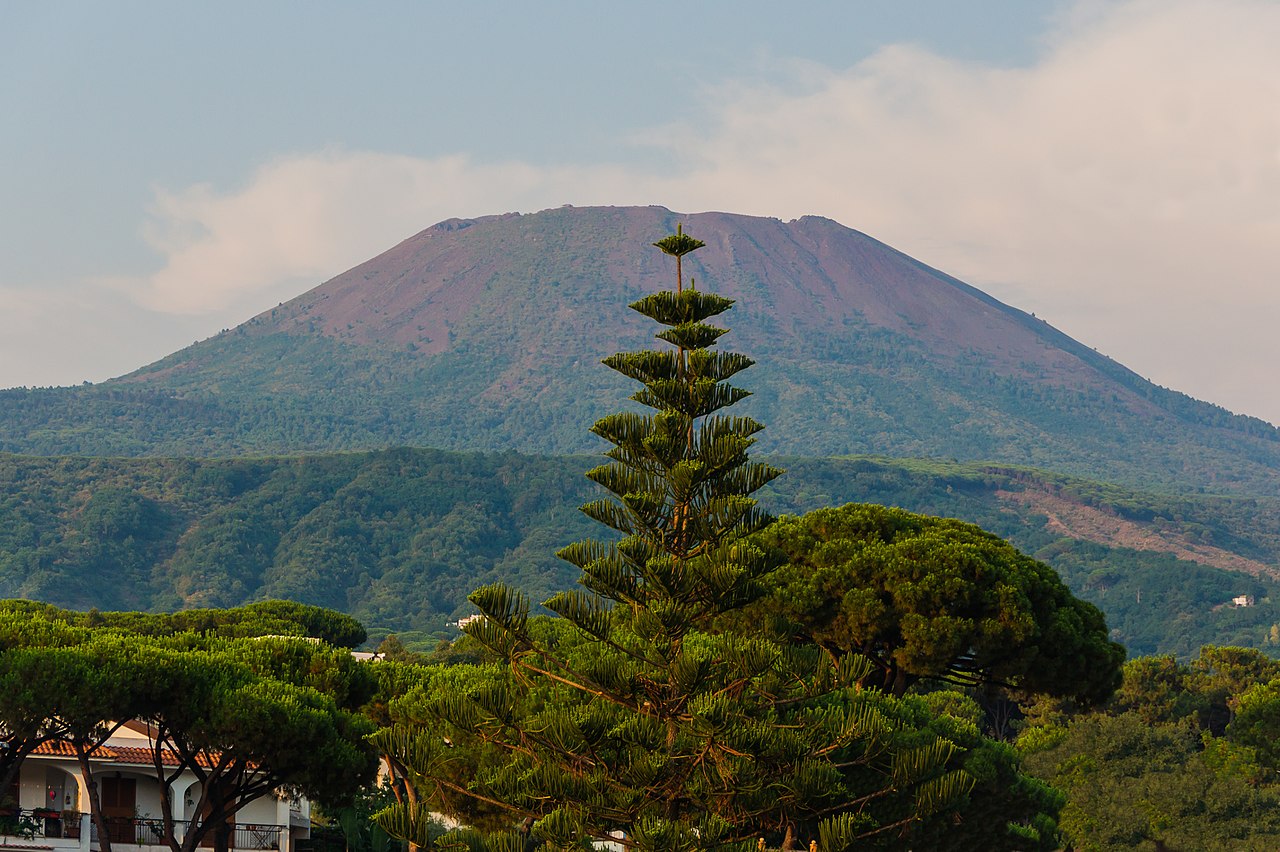 I think most of you are already familiar with this name, since this mountain was the main “antagonist” of Pompeii’s destruction in AD 79. And until today, you can see how destructive it was by looking at the ruins as well as the victims of Vesuvius’ brute force.

Vesuvius’ last major eruption was in 1944 and reportedly, another one is due. Although it’s sort of menacing (considering what it has done), this mountain is open to visitors. You can climb to the summit through mountain roads and hiking trails. It’s going to be a different kind of daredevil experience.

Nyiragongo is an active volcano that has erupted many times and it has always come with dangerous consequences. The crater is about three kilometers wide and it contains a lava lake, making it the largest lava lake in the world. When you look at it, it looks similar to some scenes in video games.

You can reach this mountain by firstly going to Virunga National Park and then trek through.

Read also: 9 Amazing Eternal Flames From All Around The World

Despite its beauty, Mount Arenal is one of the world’s most active volcanoes until just a few years ago. In 1968, there was an eruption that destroyed Tabacon, its nearby town. That’s why you can’t climb this mountain and you’re only permitted to explore its foothills where you can see endemic wildlife and exotic flora.

Although you can no longer see eruptions, you can still see the beautiful cone when the sky is clear. Also, the wildlife as well as the remnants of those eruptions do make up for the lack of lava.

I’ve been to this destination a couple of times and I agree when people say this place is beautiful. I just wish that I hadn’t been there when it was peak season. For starter, you should get up very early to see the sunrise from the rim of the crater. And you can visit Bromo through an ash desert (and take pictures!).

Oh, and every year there’s a Kasada festival when Tenggerese people climb the mount slopes to throw vegetables, flowers, and livestock into crater as an offering to the mountain gods. If you can, you should definitely witness this celebration.

Do you have active volcanoes in your country or near your area? Tell us in the comments below. For a related reading, don’t forget to click this article.