You are here: Home / Hello Earth / 9 Amazing Eternal Flames From All Around The World

Nature will not stop to amaze us, there are so many natural occurrences beyond our imagination and the number of it is enormous. This time, lets talk about a flame that will never goes out. Yes, it is an eternal flame.

No, we will not talk about the song from The Bangles, we will talk about real flames. These natural occurrences are not rare because it can be found all over the world. From Australia until Himalayas have its own eternal flame which are famously known to never turn off.

Here we show you nine most famous eternal burning flames all around the world derived from the article in Mother Nature Network. 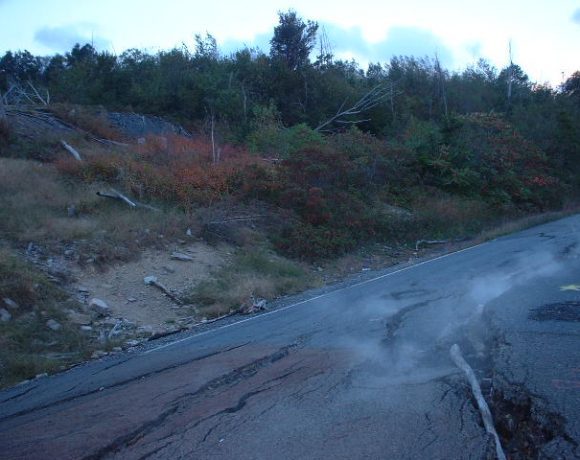 An uncontrollable coal mine fire forced the evacuation of all of the residents in Centralia, Pennsylvania in 1984. The evacuation process made this town a ghost town now, but it is now a tourist stop because of the eternal flame occurrence in the area. Now, there are only 10 people living in the area.

The flame itself believed to have sparked since 1962, but nobody noticed it until the 1984. They just noticed it decades later after they feel weird tangible effects beneath their homes. The effect of the burning under the earth can be seen from the melting asphalt road and smokes escaping from holes. 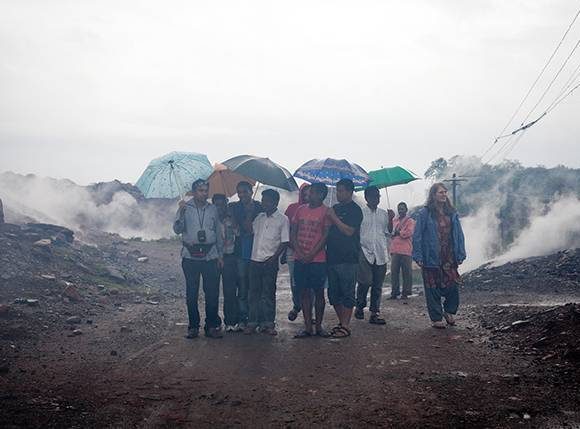 Similar to Centralia, this area is burning from underground coal deposit. However, ignoring the danger from collapsing ground and the health problem from the smoke of eternally burning coal, people in Jharia choose to not leave this area.

If Centralia only have about 10 people left who stubbornly live in that area, the residents of Jharia which is located in Jharkand, can reach hundreds of thousands. They choose to get living as tour guide for tourists who want to visit the area. 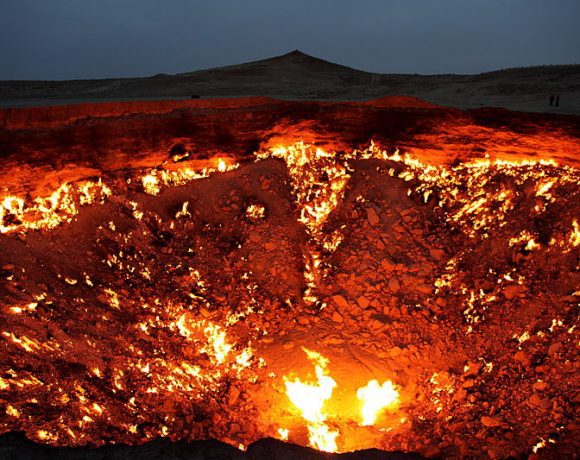 This eternal flame spot is called door to hell because of the unusual shape. It looks like a pit in the middle of Karakum desert with eternally burning flame which can be seen clearly in the night. And that time is the favorite time for tourists from all around the world to visit the eternal flame.

What makes this flame eternal is because of enormous amount of natural gas beneath the area. The gas escaped through the hole after the digging done by Soviet petrochemical engineers in 1970. Originally, the hole was not that big, but after the digging, the ground below collapsed and created the big hole.

Because of the drilling operation, huge amount of methane gas burst from the earth and it was poisonous for people. So, to hamper the poison effect from the gas, engineers chose to burn the hole, thus creating the eternal flame.

They thought the burning will only take about weeks because the amount of gas reserved underneath was not that big. But they miscalculated the amount of the reserve and up until nowadays the hole is still burning. 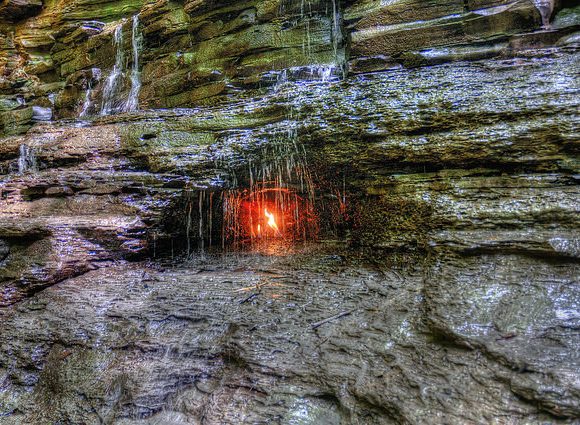 Fire and water are opposite elements in its nature, but this eternal flame burns as close as possible to its archenemy element. The flame in Orchard Park, New York is produced from natural gas deposit below the waterfall that escaped the earth decades ago.

Actually, sometimes it sputters out because water falls on it, so it is not really lights up eternally. But tourists who came to the Chestnut Ridge County Park, where the waterfall and the burning flame are located, bring lighter take no time to relit it when they notice it has gone out. 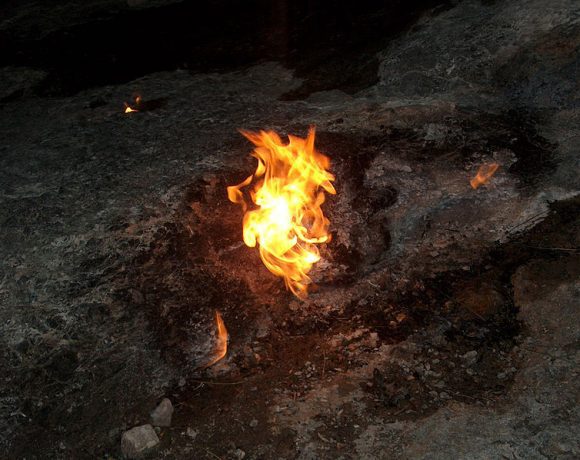 Have you ever heard about the legend of chimaera? Chimaera is a mythical animal whose body is the combination of several different animals. It is depicted to have lion’s head, eagle’s wing, tail of snake, and horn of goat. And this mythical creature can breathe fire.

The eternal flame located in Yanartas, Olympos Coastal National Park, Turkey is believed to has emerged from the breath of a chimera living beneath the earth. This fire is believed to have been burning since more than two and a half millenniums ago. 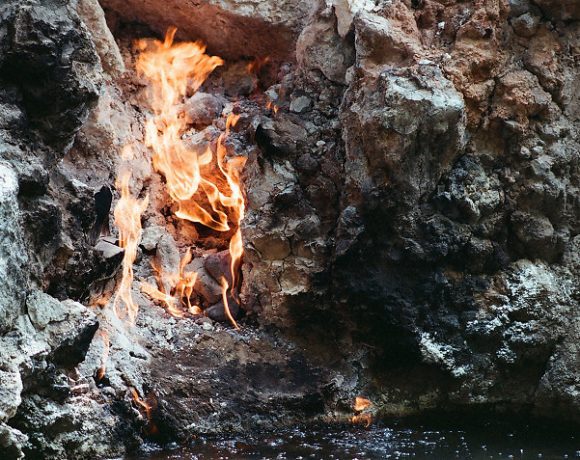 Similar to the eternal flame in New York, this one is also located near its archenemy element, water. The ever-burning flames located in Guanziling, Tainan, Taiwan are burning from a crack in the earth near pools of hot springs.

The flames are fueled by enormous methane gas deposit beneath the area. Even in the hot spring itself, you can find bubbles of methane emerging from the earth. The flames in this area is believed to have been burning since 300 years ago. 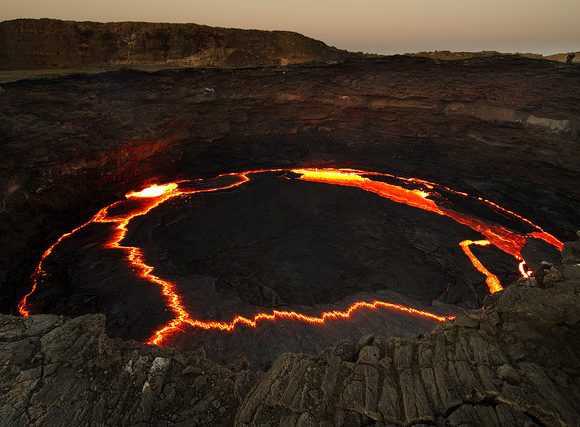 The lava lake of Erta Ale, translated from local language as the smoking mountain, is located in the middle of Ethiopian desert. The volcano of Erta Ale in Ethiopia has been active since a long time ago and the basaltic shield volcano is even considered to be the longest one to be active on earth.

Traveling to Erta Ale is maybe a bit difficult to do because it is located in the Afar Depression, one of the most inhospitable place on earth. Commercial tours to the location are even companied by military escort, because dangers can also come from native rebels there.

As a record, on January 2012, a group of tourists who visited Erta Ale was attacked by local residents who claimed themselves as Afar Revolutionary Democratic Unity Front. Five were killed, two were taken hostage, and seven others were wounded. 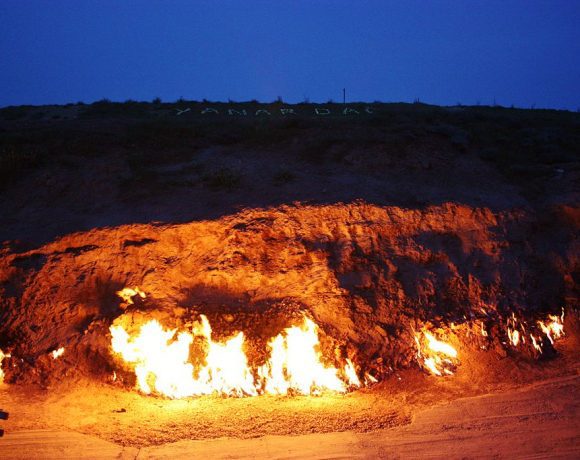 Even the country itself is often called as the land of fire. And Yanar Dag, local language for burning mountain, is the prove that what this country called is true. The porous sandstone of the mountain emits natural gas that burns and become ever burning flame.

The interesting thing about this mountain that the fire can shoot up to three meters tall flame because of the gas eruption. Located in the Absheron Peninsula, this natural phenomenon is a tourist attraction which often come at dusk to observer to beautiful color of the burning flame. 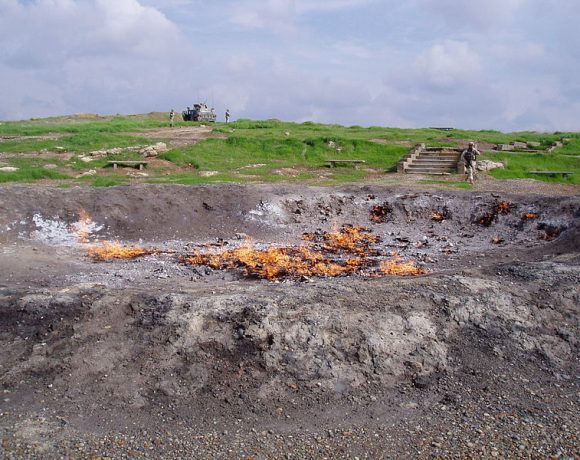 In ancient times, expectant mothers visit Baba Gurgur to pray for baby boys. This location is believed to be referenced in the bible of Old Testaments’ Book of Daniel as “fiery furnace” where King Nebuchadnezzar threw Hebrews who declined to worship idols.

Apart from the spiritual beliefs, Baba Gurgur which is located in Kirkuk, Iraq, is one of the largest burning oil fields. The fields is second only to the Saudi Arabia’s Ghawar fields.