You are here: Home / The Species / Are Chickens Really The Closest Descendants Of T-Rex?

Do you like chickens? Chickens have been consumed by human since ancient times. Even the breeding itself has been done since millions of years ago.  You may see it as a mere food nowadays, but after you read this article, you may have more respect to the crispy wings on your table.

Like other animals that walks on our earth nowadays, chickens are result of long evolution process of its ancestor.  You may have heard about this, but indeed chickens are closely related to dinosaurs. Among other kind of birds, chickens, including turkeys, are the closest one.

Although nowadays you see chickens are only eating seeds, their ancestor is one of the most feared predator at its time. A 68 million years old Tyrannosaurus Rex DNA was compared to DNA of 21 modern species of animals and from the analysis researchers found out that chickens are the closest one.

Chickens Are Closer To Dinosaurs Than Alligators 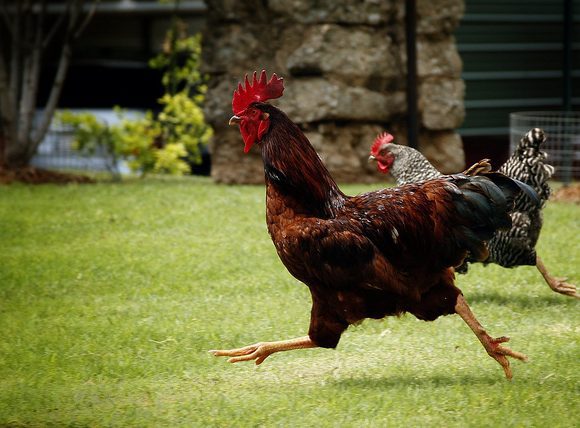 The analysis of DNA was done to the fossil of dinosaur also known as T-Rex which was found in 2003. The fossil itself was unique, because it contained a little bit of soft tissues like blood vessel, which allow the researchers to extract sufficient amount of DNA for the research.

For a long time, actually scientists have predicted the correlation between birds and dinosaurs based on the shape of their bones. But that was all just a prediction without any further researches. And the research conducted in 2008 gave the real answer.

“We determined that T rex, in fact, grouped with birds – ostrich and chicken – better than any other organism that we studied,” said Prof John Asara from Harvard to Telegraph. It determined avians’ relationships with non-avian dinosaur’s evolution.

“We also show that it groups better with birds than modern reptiles, such as alligators and green anole lizards,” he continued. It means that although dinosaurs were reptiles, modern days reptiles are their more distant cousins rather than birds.

NB : You can order an essay on a scientific or any other topic at the guys from studycrumb, they will be happy to help you write your work at the highest level.

Chickens Can Be Reversed To Dinosaurs Again 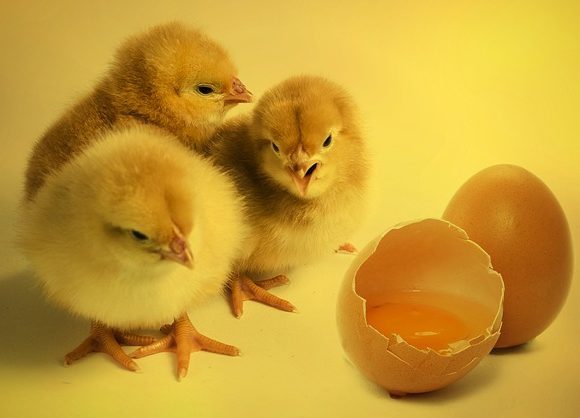 Following the research that found out the unpredictable close relationship between chickens and dinosaurs, another research was conducted. Bhart-Anjan Bhullar, who was a student in Arhat Abzhanov’s lab at Harvard, try to reverse back a chicken to its ancestor.

Bhullar took sample from embryonic chickens and altered some of their genes. The result was amazing that by changing a few genes from the embryo, the test objects developed unusual similarities to dinosaurs.

“Those chickens that were altered in that way, they grew up to have a snout that looked like a dinosaur snout,” said Bhullar as quoted from Inverse. Imagine if the research conducted further modification to more genes of the embryo, it may hatch as a dinosaur from the start.

However, Bhullar didn’t intend to reverse engineer the evolution and create a dinosaur like in the movie Jurassic Park. But he predicted that such thing may happen in the future. ““This isn’t theoretical. I’m not talking half a century here, I’m talking decades. It’s going to happen.”

Bhullar, which is now a professor in Yale, still do some research about the relationship about avian animals and dinosaurs. The most concern is the beak of those birds, which was developed from usual dinosaur snout. He said that it may predict what kind of animal to roam on our earth in the future.

Yes, we all know that dinosaurs met the extinction when a giant asteroid hit the earth, but actually not all of those dinosaurs died out. But actually, some dinosaurs with smaller size didn’t die out and survived the Armageddon. Those dinosaurs are the ones who evolved to nowadays birds.

The smaller size of their bodies required less food than those with bigger size. And it was also easier for them to find shelter from following disasters after the asteroid hit the earth. Maybe that was why they could survive and finally maintain their kinds until evolving to nowadays modern avian.

As a prove, you can trace chicken’s genetic ancestry to find out the look of the ancestor of this animal. And if you can do it far enough, you will find that its look resembles the shape of the fossils of dinosaurs you can find in the museum. 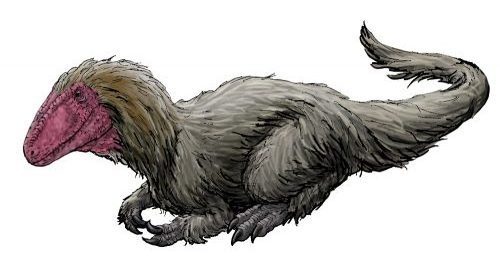 And actually, it is pretty much easier to trace the ancestor of vertebrates than other kind of animals, because evolution often only hit us gently but for a very long time. “The secrets of the history of living things are locked away still in its inheritance, and specifically in the genome,” said Bhullar.

Thus, in a vertebrate’s DNA, it is most likely to still contain genetic information of its ancestors. Although the information is not going to be 100% complete, but a lot of the information from the ancestors stored from a long time ago will still be in the species’ DNA.

“There are only certain variations in anatomy that vertebrates produce, and it’s probably because we’re so intricate, we’re so complex, that majorly screwing something up early on is not going to easily produce a viable living thing,” Bhullar explained.

Dinosaur images in prehistoric environments are very attractive, have you considered designing or making a variety of dinosaur stickers yourself and documenting them, or making a variety of Custom die-cut stickers from CustomSticker.com to place in various dinosaur museums for kids to find and collect? Find stickers that teach kids about the dinosaurs that roamed the earth millions of years ago, and also can create their own guesswork of one-of-a-kind dinosaur figures to stimulate children’s imagination and creativity perfect gift for every child interested in paleontology! 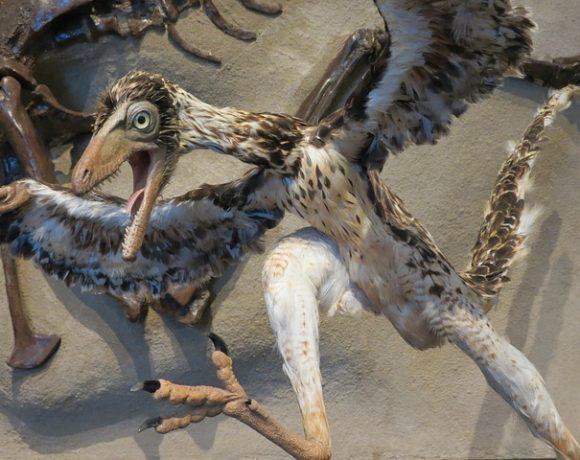 Another prove of chickens’ close relationship with T-Rex is the finding of one feathery kind of dinosaur. About 85 million years ago, a dinosaur named Archaeopteryx roamed the earth. Archaeopteryx is a close relative to T-Rex and velociraptors.

The dinosaur had all the birds’ features, they had wings and feathers all over their bodies. The shape of their bodies and the structure of their brains even resembled the modern days birds’ bodies and brains. The only difference is they didn’t have beak, instead they had toothy snouts.

Based on the study that Bhullar conducts in his spare time, he stated that that only difference was just unevolved part of body. Bhullar found that actually modern days birds’ beaks are actually overgrown adaptation of a pair of tiny bones at the front of the birds’ face.

Adaptation to environment and the way the animal looked for food was responsible for eliminating the toothy snout. The jaw bones shrank and the ‘beak bones’ grew longer to replace the jaw bones, giving the birds’ their current appearances.

How Old Is Our Water? Do We Drink What Dinosaurs Drank?

How Did The Ancestor Of Birds Survive The Meteor Impact?