The Fluffy, Mostly White, Dangerous, and Wonderful Wild Animals of the Arctic

You are here: Home / The Species / The Fluffy, Mostly White, Dangerous, and Wonderful Wild Animals of the Arctic

Arctic animals are wonderful things to look at and we’re always in awe of how they manage to live and survive in that dangerously cold climate. So here’s a list of wild animals of the Arctic for us to appreciate and remind ourselves that we need to keep doing the best for Earth so that they could exist for generations to come. 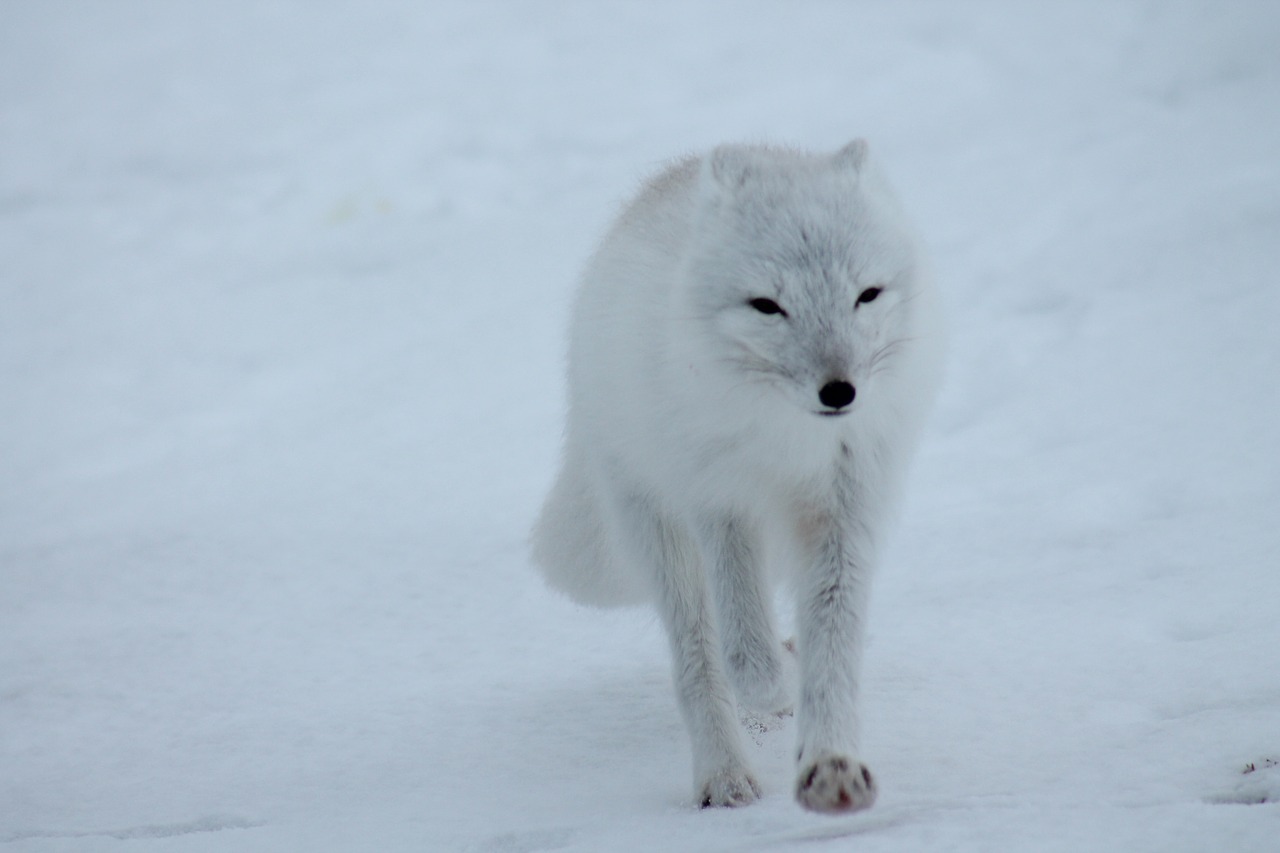 Arctic foxes are one of the fluffiest animals on this list and you can find it around Arctic and its surrounding area like Iceland, where foxes are the only native land mammal there. Because of their thick, fluffy fur, these guys can survive the extremely cold climate of Arctic tundra and areas where life and vegetation are quite scarce.

You’re probably already familiar with the white coat of these foxes. However, it doesn’t stay white at all time. During summer, the color turns brown, adapting to the surrounding areas so that catching preys like birds, fish, and hares will be easier.

And speaking of fur/coat, the thick fur isn’t the only thing that keeps them alive. Arctic foxes make tunnel in thick snow covered area to make shelter, just like how people build igloo in harsh, snowy areas.

Fun fact: arctic foxes became a native mammal to the northern part of the world during the last Ice Age, when it ventured over frozen water. Sadly, this species is now endangered in Scandinavia and there’s been a strict protection since decades ago.

If you love Harry Potter, if you love Hedwig, you must know this predatory bird. They are known to have their beautiful white feathers with some black spots and round faces, but when they’re owlets, their feathers are grey and, in my personal opinion, not as cute. Oh and FYI, male snowy owls are the ones that are 90% stark white, whereas females are the spotty and darker ones.

Snowy owls are birds that live in the Arctic only, meaning they don’t migrate. And even though they live in the northern polar region where everything is white and snow covered, they’re naturally gifted with sharp eyesight and great hearing in order to find food.

In nature, these birds wait and choose the type of prey they want to eat from afar. Usually they go for lemmings, Arctic hares, mice, and other smaller birds, basically anything that are edible for them. Also, these majestic and beautiful owls are sadly vulnerable. Let’s hope that their number won’t decrease any further. 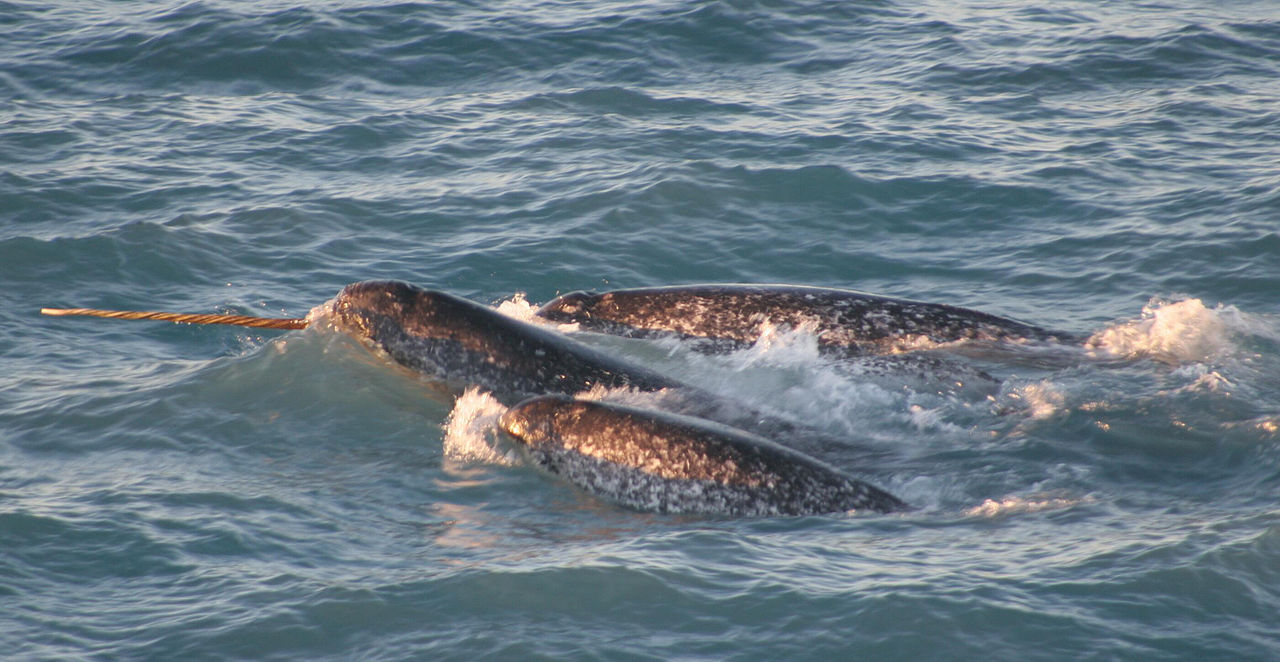 Unicorns may be a myth on land, but in the ocean, these creatures are sort of real. In fact, the nickname for narwhal is “unicorn of the sea”. The name sticks because of the long tusk protruding from its jaw that can grow up to 3 meters long.

What is the tusk for you ask? Scientists aren’t even sure until now. And if it’s a mystery to them, commoners like me don’t have the faintest idea either. One thing for sure is that narwhals don’t use their tusks for hunting.

You can find this whale species in the Arctic waters (Greenland, Canada, Russia) and just like snowy owls, narwhals live only around them year round. Thankfully, their conservation status is “least concern” but let’s not be complacent and keep doing our best to give them healthy ecosystem. 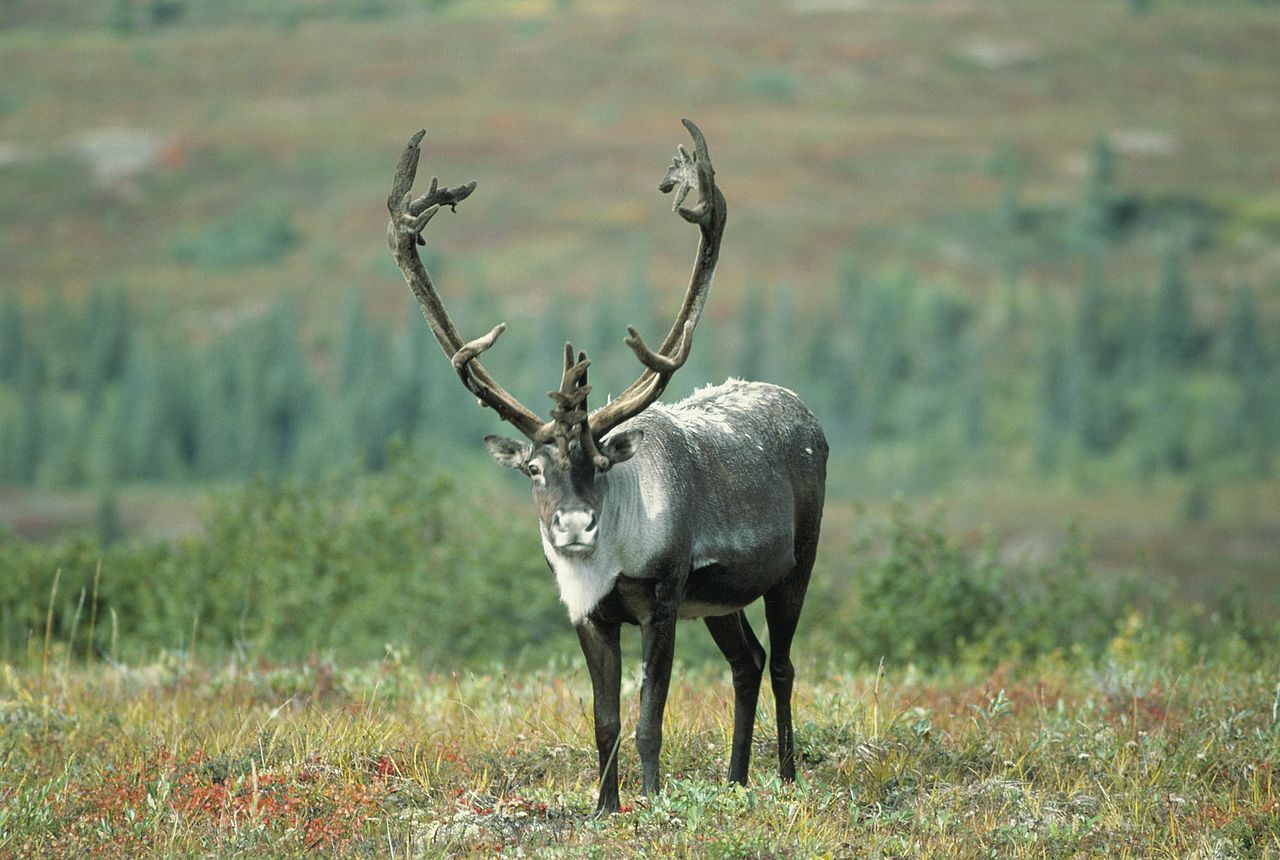 Are some of you not familiar with this term? I didn’t know there’s another term for reindeer, but apparently it’s how you call them in North America (or when it’s domesticated). Native to Arctic areas, you can find caribou in Alaska, Canada, Russia, and Greenland. And even though we keep hearing reindeer in Christmas songs, in reality their conservation status is “vulnerable”.

Fun fact: Both male and female caribou have antlers, making this deer species special in the family.

Read also: 5 Surprising Facts About Snow That You Might Haven’t Known

Have you ever wondered if there’s any bird species that loves travelling like humans? Arctic tern is your answer. These birds breed in Arctic areas (they go to Arctic for this purpose only) and then they migrate to Antarctic coast in winter season. In total, their annual round trip covers a distance of 70900 kilometers. Talk about having a pair wings.

What’s funny about this species is that they moult their feathers during winter, making them flightless birds for some time. When that happens, they spend all their moulting time in blocks of ice, becoming temporary chickens. Isn’t that cute. 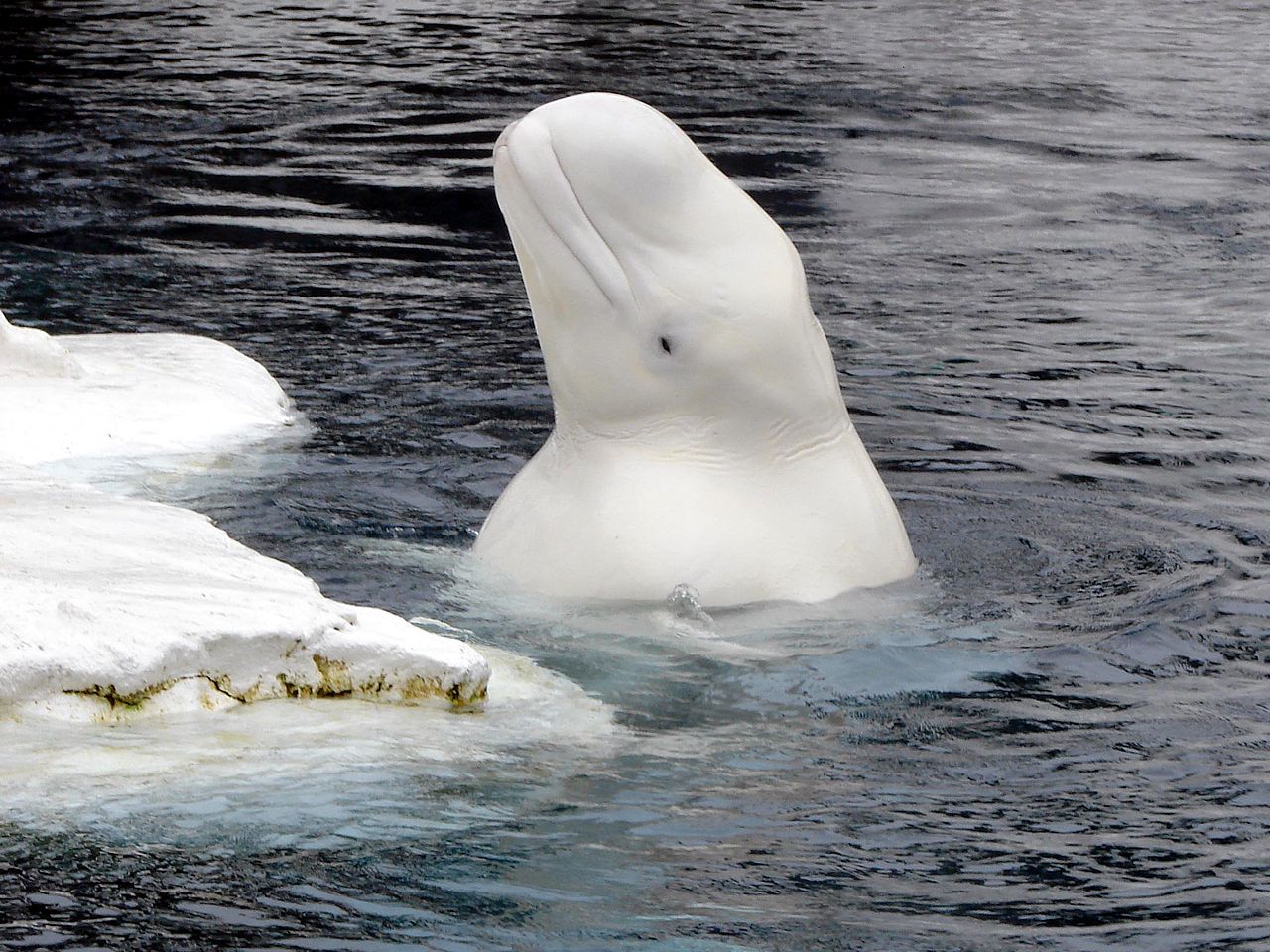 Most of us are already familiar with this white, round-faced whale thanks to viral videos on internet. You can find these guys in the icy waters of Alaska, Canada, Greenland, and Russia. Beluga population in each of mentioned areas is considered threatened. And in Alaska alone, there are only five populations that still exist.

There’s one beluga population that doesn’t migrate in the U.S. called the Cook Inlet population, and it became listed as critical and it’s protected by the U.S. Endangered Species Act.

At a short glance, muskoxen look like bisons with different horns and fluffier hair. Well, since this species lives in the tundra areas of Arctic, they need that hair so they can survive the horridly cold climate. Muskoxen have two kinds of hair. There’s short inner hair and longer and thick outer hair. That way they have natural protection against cold winds and snow falls.

Muskoxen have weight up to 370kg and they get their foods such as roots and mosses amidst snow covered lands using their strong hooves. If you think that this animal looks like they’ve just come out of ice age, you’re not wrong. Muskoxen actually lived in Arctic region thousands of years ago.

Foxes are not the only ones that can change color according to the seasons. Arctic hares’ coat turns white during winter months so that it blends in with the snow, allowing the hares to hide well from predators. But once winter is over and summer approaches, the coat turns into grey-brown color.

Even though they’re small, these hares can live within the extreme environment of Alaska, Canada, and Greenland because of their thick coat. Thankfully, this species is not considered threatened or endangered and let’s keep it that way.

Trivia: Even though both belong in the same family, hares and rabbits are different that they won’t crossbreed in the wild. Generally, hares have longer legs and they’re slimmer. However, one similarity that they share is the habit of huddling together to share warmth, which is a heartwarming thing to look at.

So, any favorite animals that you want to see? Don’t forget to check out this article for a related reading!