You are here: Home / The Species / More Than Just Humming, Bowhead Whales Are Doing Jazz

When you are faced to total extinction, what would you do? Find a mate and reproduce? Hiding yourself from the cruel outside world? Or just sing a freeform jazz tune for 24 hours a day? Well, the last one seems illogical, but that’s what the bowhead whales do apparently.

Just like Ryan Gosling and Emma Stone in La La Land, they are tuning their vocalization to the specific genre of freeform jazz. However, it is not a love story, neither a story about reviving the genre in society, rather a story about loneliness.

Maybe the reason why those bowhead whales singing freeform jazz is not because they are currently classified as endangered, anyway. But the fact is, the bowhead whales are doing so naturally, just like no one is listening. In this article, we are going to talk about the huge musician from the north.

Bowhead whales are the proud inhabitant of fertile arctic and subarctic waters and love to stay there all year round. Unlike other whales, they don’t swim too far from their area to lower altitudes oceans just to feed or reproduce.

But doesn’t like to travel far from their homes, they are not easy to find. The reason is because they are endangered and there are only about 10.000 individuals left in the world. However, the number wasn’t always as low as that.

Before 16th century when the commercial whaling activity began, the number of this whale could reach up to 5 times the current number. Such an extreme decrease for the population happened because of two main reasons.

The first is the wale is not a fast swimmer, their cruising speed is about 1-3 miles per hour and the top speed is only around 6 miles per hour, that made them an easy target for the whaler. Let alone they don’t seem to like travelling a lot and tend to swim around the arctic area, making them easy to spot.

Another reason is because the size of the whale that can reach up to 18 meters with the weight of around 100 tons. So, by just catching one whale, the whalers could get sufficient amount of blubber, oil, meat, bones, and baleen in an easy catch. 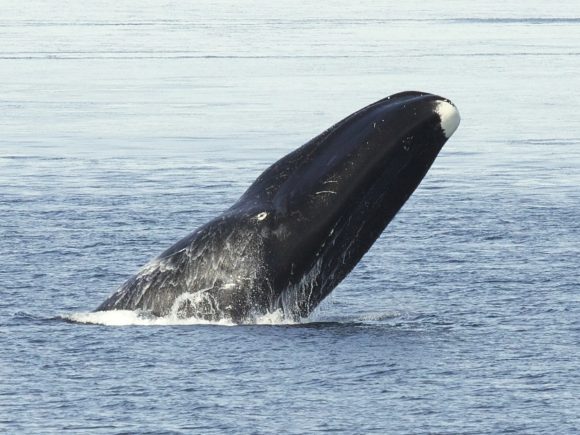 Bowhead whales had to live under the terror of whaling ships for more than 3 centuries before a rescue came. Concerning about how vulnerable the species is to whaling, in 1966 a moratorium was passed to stop the whaling of the species.

The group of bowhead whales most impacted by whaling was Spitsbergen population that even nowadays have only reached 100 individuals. The creature with the biggest mouth on earth have also lost a big portion of their genetic diversity because of the mid-1900s whaling activity.

Because of that, it was classified as a critically endangered species because of the numbers had reached the lowest point, but since the moratorium has been passed they started to regain the population. Like mentioned before, there are about 10.000 bowhead whales are now swimming in the arctic areas.

However, it doesn’t mean that they are completely safe from any harm nowadays. The warming up of ocean water caused by global warming is always a threat to any species whether they are living up on the land or down in the ocean.

Okay, enough of the introduction of the species, now let’s talk about their musical ability. Proffessor Kate Stafford, an oceanographer from University of Washington who studied the whale by recording the sounds they make underwater using hydrophones (special underwater microphones), was among the first scientists to discover the cetacean’s musical ability.

“If humpback whale song is like classical music, bowheads are jazz. The sound is more freeform,” the oceanographer said in a study published in Biology Letters. According to the study, the whales ‘sing’ in wide range of vocalizations, following some specific patterns, repeated it over a period of months, but never sing the same song in subsequent years.

“When we looked through four winters of acoustic data, not only were there never any song types repeated between years, but each season had a new set of songs,” explained in the study. During the study, Stafford and her team identified at least 184 specific songs or musical phrases of bowhead whales.

The whales do the concert usually during their winter breeding season which is accompanied by a 24-hour polar night. During that time, the whales spend most of their time submerged. That’s why a special hydrophone was needed.

“We were hoping when we put the hydrophone out we might hear a few sounds. When we heard, it was astonishing. Bowhead whales were singing loudly, 24 hours a day, from November until April. And they were singing many, many different songs,” explained Stafford. 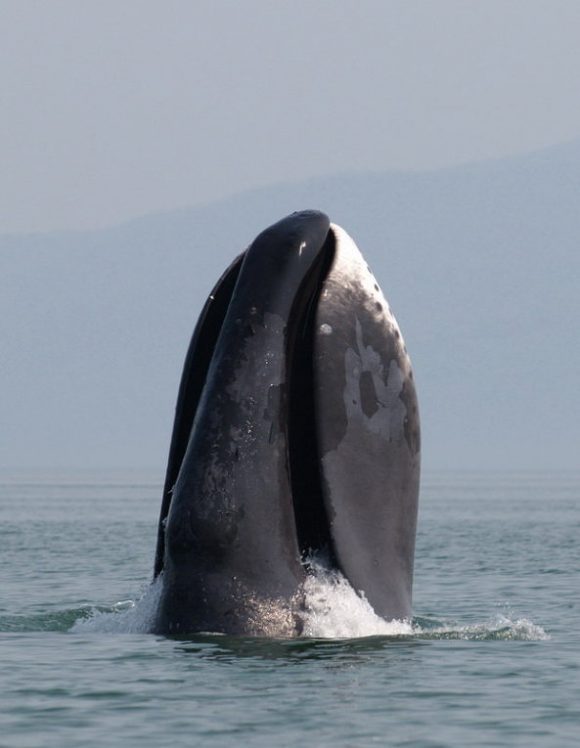 Having studied the sound of the whales for years and having recorded song of the whales all around the world, Stafford thought that the winter breeding season should not the only time the bowhead whales singing. Bowhead whales are not the only whales to be known to sing, humpback whales are doing some kind of vocalization too. But the difference is that the humpback whales usually have a set of common song to sing.

Indeed, the whales love to vocalize at almost any time of the year. However, still there is some kind of period where the activity is done more than other times of the year. The study found that during late fall to spring is the time when the bowhead whales are doing more “singing”, and apparently in recent years the whales sing more than ever recorded.

Because of that, scientists can also get more data about the vocalization of the whale to study. “It was thought bowhead whales did the same thing (singing a common song as humpback whales), based on limited data from springtime. But those 2008 recordings were the first hint, and now this data confirms that bowhead whale songs are completely different from the humpbacks’,” said Stafford.

Stafford even said that the musical creativity of bowhead whales is rivaling some songbirds on the land. “Why are they changing their songs so much? In terms of behavioral ecology, it is this great mystery,” said Stafford.