I understand when some people are skeptical about things like “little things we do on climate change can lead to something bigger”, because we don’t see how big the effect is. Well, according to experts, it can definitely lead to big change that accelerate action on climate change.

According to experts from the UK Cabinet Office COP 26 unit and the University of Exeter, a small thing can trigger a large, often irreversible response. This is called a tipping point.

Before, Professor Tim Lenton warned that the world is “dangerously close” to some tipping points that could accelerate climate change. But in a new paper, Lenton and Simon Sharpe (Deputy Director in the UK Cabinet Office) said that tipping points in human societies could also cut carbon emissions, rather rapidly.

Why the sudden change? They saw and highlighted examples of tipping points which have contributed to the world’s fastest low-carbon transitions in road transport and power generation. Also, they added that “small coalitions of countries” could trigger “upward-scaling tipping cascades” to achieve more.

Professor Lenton said, “We have left it too late to tackle climate change incrementally. Limiting global warming to well below 2°C now requires transformational change, and a dramatic acceleration of progress,

“For example, the power sector needs to decarbonise four times faster than its current rate, and the pace of the transition to zero-emission vehicles needs to double. Many people are questioning whether this is achievable. But hope lies in the way that tipping points can spark rapid change through complex systems.”

The authors showed two examples where national scale tipping points have happened because of policy interventions. They explain how further actions could turn such small things into bigger positive impacts that change the global economy.

Electric vehicles (EVs) account for 2-3% of new car sales globally. It may not seem much, but in Norway, this figure is more than 50%, which is ten times higher than any other country. All thanks to policies that make EVs the same price to buy as the regular cars.

A tipping point can happen globally when EVs have the same cost to manufacture as conventional cars. But how?

According to the authors, several key locations could help drive this change. China, the EU, and California are responsible for half the world’s car sales. Each has targets to rapidly decarbonise their economies.

When they act together, they could shift investment in the global industry. When EV production increases with decreasing costs, it could trigger a global tipping point to EVs. In turn, batteries can be cheaper and better, which could eventually add decarbonisation in the power sector.

In recent years, the UK has decarbonized its power sector faster than any other large country. The authors stated that tipping points have played a role here. A carbon tax with an EU emissions scheme made gas cheaper than coal.

If only there’s also increasing renewable energy generation, it could tip coal into unprofitability and led to the vanishing of coal plants. We could reach a tipping point here when the cost of capital of coal plants falls below that of wind and solar in all countries.

All the small things

The authors stated that positive tipping points and cascades won’t happen on their own. There must be policies to overcome the many barriers to transition. But that doesn’t mean that common people can’t change a thing.

According to the authors, the beauty of tipping points is that reinforcing feedbacks could move a relatively small number of initial actions that could catalyse large changes at a global scale.

Additionally, the paper encourages potential partners to work together so that tipping cascades could become a reality soon.

Professor Lenton said, “If either of these efforts—in power or road transport—succeed, the most important effect could be to tip perceptions of the potential for international cooperation to tackle climate change.”

Basically, this paper is saying that there’s still hope for us if we really want it (by doing small things).

A study that shows similar result

Apparently, Prof. Lenton and Sharpe are not alone in terms of highlighting how we can start mitigating climate change from something small. A new IIASA study shows that minor changes to available infrastructure can trigger tipping points in the collective adoption of sustainable behaviors.

Looking at research in social and ecological psychology, cognitive science, ecology, and cultural evolution, it’s quite evident that environments influence human behavior. All our habits, skills, and attitudes are shaped by our surroundings.

Therefore, understanding how these processes work is important so that we can start having real change in human behaviors and cultures. And eventually, we can really mitigate climate change and guard the ecosystems.

IIASA researchers explored how collective behavior patterns emerge systemically as a product of personal, social, and environmental factors. They used a model, a method for simulating interactions between humans and environments.

The study illustrates how attitudes and habits, social networks, and available infrastructure shape the way we collectively adopt sustainable behaviors. For example, increases in the number of bicycle lanes could lead to more cycling.

Copenhagen, known for its cycling culture, was used as a case study. Results from the model show that linear increases in opportunities for pro-environmental behaviors can have much larger effects on individuals adopting sustainable behaviors than often assumed.

How can this happen? When the environment makes it easier for someone to adopt a certain behavior, this won’t only affect the individual’s own habits, but also make the behavior easily imitable. 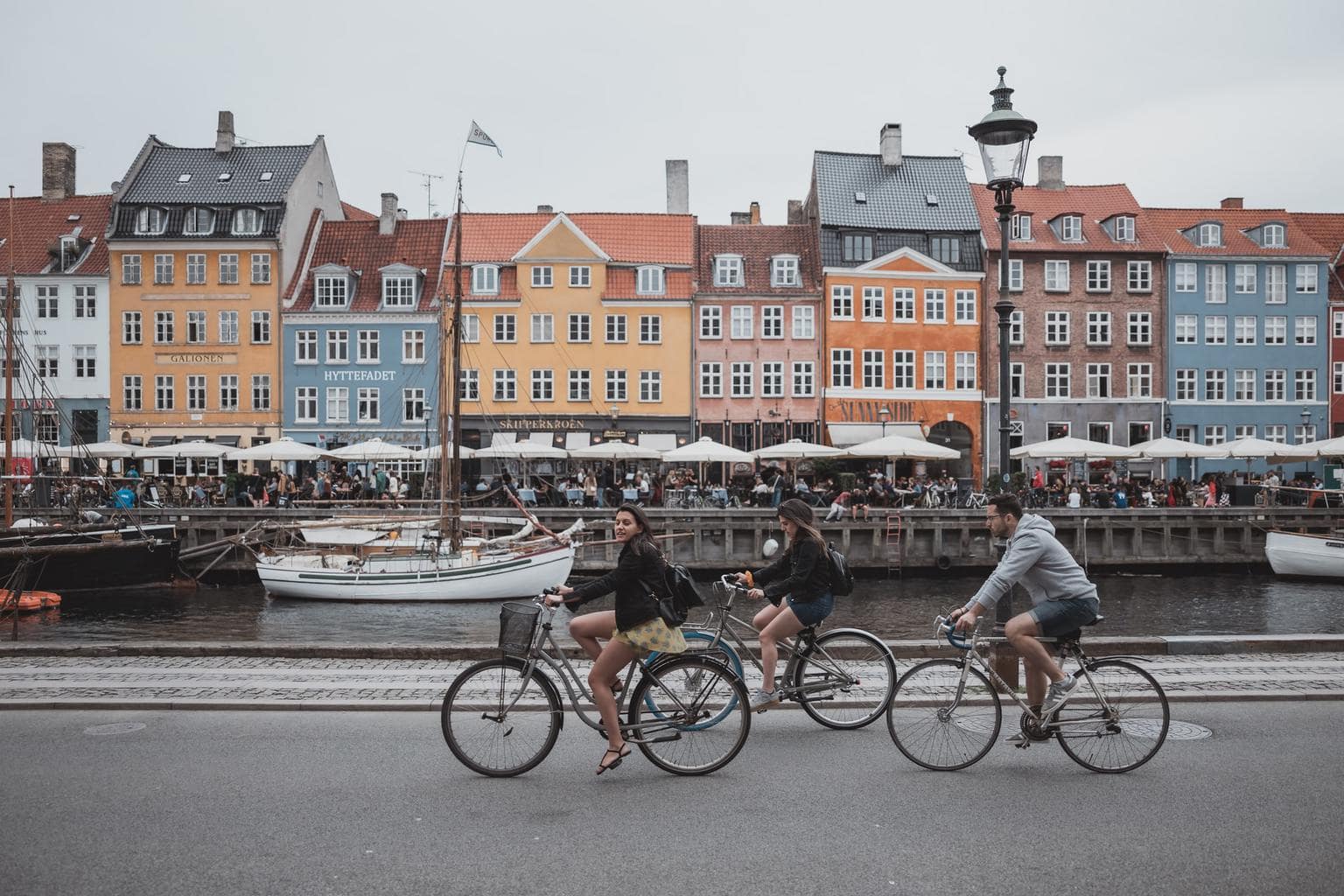 In Copenhagen, a rapid increase in the proportion of cyclists since the 1990s has contributed to the emergence of a cycling culture as well as heavy investment into the infrastructure.

Lead author Roope Kaaronen said, “The drastic effect that the physical environment, for instance, cycling infrastructure, has on our collective behavior patterns is surprising,

“Even minor changes in the structure of the environment can trigger so-called ‘tipping points’ or ‘phase transitions’ in the collective adoption of sustainable behaviors like cycling. Reaching such tipping points is precisely what is needed to enact society-wide behavior change.”

Small change in behavior can be big change. But the authors said that we can’t just rely on changing people’s attitudes or increasing awareness only. Infrastructure is vital for this to happen.

Coauthor and study supervisor Nikita Strelkovskii said, “We need to understand how behavior patterns emerge from a systems perspective and learn to locate the leverage points in these systems,

“The importance of infrastructure that make pro-environmental behaviors easy and the “path of least resistance” is crucial in this regard and must form part of governments’ action plans in terms of sustainable future urban planning and development,”

Therefore, per the researchers, our environments and surroundings must move us humans so that we see sustainable behaviors as the default and easy option. The authors said that many European cities are currently struggling with this, and city planners keep on filling cities with infrastructure that encourage unsustainable behavior instead.

From these two studies, I think the things we need to do is not just doing small things for the environment. It can motivate others to change too, but we should take it to the government or the authorities so that they can make infrastructure which can further encourage the change, even if it’s minor.