You are here: Home / Eureka Green / E-commerce Boom During the Pandemic Inspired These Environmental Companies

Because of the pandemic and all that social distancing, we’ve become more reliant on e-commerce than ever.  The World Economic Forum estimates that COVID-19 may have accelerated the shift to e-commerce by five years.

In a way, I think it’s good in terms of keeping the economy flowing. A lot of people I know have opened their own online shops because they’re out of jobs. New, small businesses can thrive from the boom of e-commerce.

However, this comes with a not-so-desirable effect: environmental footprint. With every online purchase comes more delivery trucks on the road. This also leads to more packaging that end up in landfills.

Across all methods of shipping (by planes, trains, actual ships, trucks), the logistics industry produces about 17% of global greenhouse gas emissions.

Due to the continuous growth of e-commerce, the World Economic Forum estimates there could be 36% more delivery deployed by the end of the decade. For now, the industry’s still reluctant to act because of compliance and cost.

But, sooner or later, it will come under pressure from climate-conscious consumers to help take environmental responsibility for the COVID e-commerce boom.

According to an IBM study, health crisis that we have right now is important but many consumers still think climate crisis is more urgent. The study found that 54% respondents said they are prepared to adopt less environmentally impactful shopping habits this holiday season.

The pioneers needed in logistics and transport

We’re heading towards that change. A small but growing number of shipping companies lead the way on climate action with carbon-neutrality programs, new fuel technologies and sustainable packaging strategies.

Simply put, they’re the pioneers in this industry.

An example is DSV Panalpina. The Danish firm is the fourth largest third-party logistics business in the world. It orchestrates the movement of goods by road, air, sea and rail.

Because they’re asset-light, the company has set ambitious science-based targets to reduce the carbon emissions from all shipments and decarbonize its entire supply chain.

Senior director of sustainability Lindsay MacIver Zingg said, “I’ve been in the industry 16 years, and if you go back in time you would say, ‘Well we’re asset-free, why would we have to do anything?’ Well, that whole landscape has changed, and there’s actually a lot that logistics could be doing.”

Recently, DSV Panalpina has investigated its entire logistics operation. They’ve uncovered environmental inefficiencies around loading the trucks. “The vehicles are coming back half-empty, which generates needless emissions, so let’s ensure we have the optimal loading factors, maximizing the filling of containers,” said MacIver Zingg.

Not just trying to decarbonize, DSV Panalpina has introduced a green procurement program. The company is also part of a high-profile renewable hydrogen project with other leading Danish companies.

“By 2030, the project will be delivering 250,000 tonnes of sustainable fuel for the buses in Denmark, our trucks, maritime vessels and airplanes, so it’s really exciting,” said the senior director of sustainability.

A lot of people have criticized Australia because they don’t do much to combat climate change. But, the country is home to private-sector companies tackling the challenges of zero carbon emissions and zero waste for e-commerce activities.

One company called Sendle is the first 100% carbon-neutral shipping carrier in Australia and the United States. As a certified B Corporation, Sendle considers concerns about the environment to be a key stakeholder in business decisions.

The company reduces the environmental impact of shipping by tapping existing carriers and filling vehicles to ensure every trip is maximized. Then, it offsets the carbon emissions of every package.

Since its launch in 2014, Sendle has offset more than 9 million miles of carbon emissions. That’s equivalent to driving a one-ton truck from Earth to Mars and back 128 times. Chief Marketing and Customer Officer Eva Ross said the company has prided itself for being carbon-neutral from day one

“As we’ve seen this shift to e-commerce over COVID, making a decision like that would be quite a costly one had anyone made it now. But because we embedded that and made that decision from day one, it has just been a huge benefit to us,” said Ross.

Sendle has inspired change within its network of regional carriers. One courier partner has set an ambitious environmental target to be carbon-neutral by 2025. Another has partnered with Sendle to roll out Australia’s first fleet of solar-powered electric vehicles.

Australian logistics provider Bonds’ 100% electric fleet is totally off the grid with all charging accomplished by 320 solar panels atop its warehouse.

These vehicles can operate 10-hour days, covering over 125 miles in metro areas. They’ve still got much battery left at the end of the day.

“By partnering with a solar-powered delivery company, we’ve found a zero-emissions solution but also it means that all of the deliveries that are happening in the inner cities, first mile, are not only carbon-neutral but carbon-zero. That’s something we’ll continue to push through with but certainly a great initiative,” said Ross. 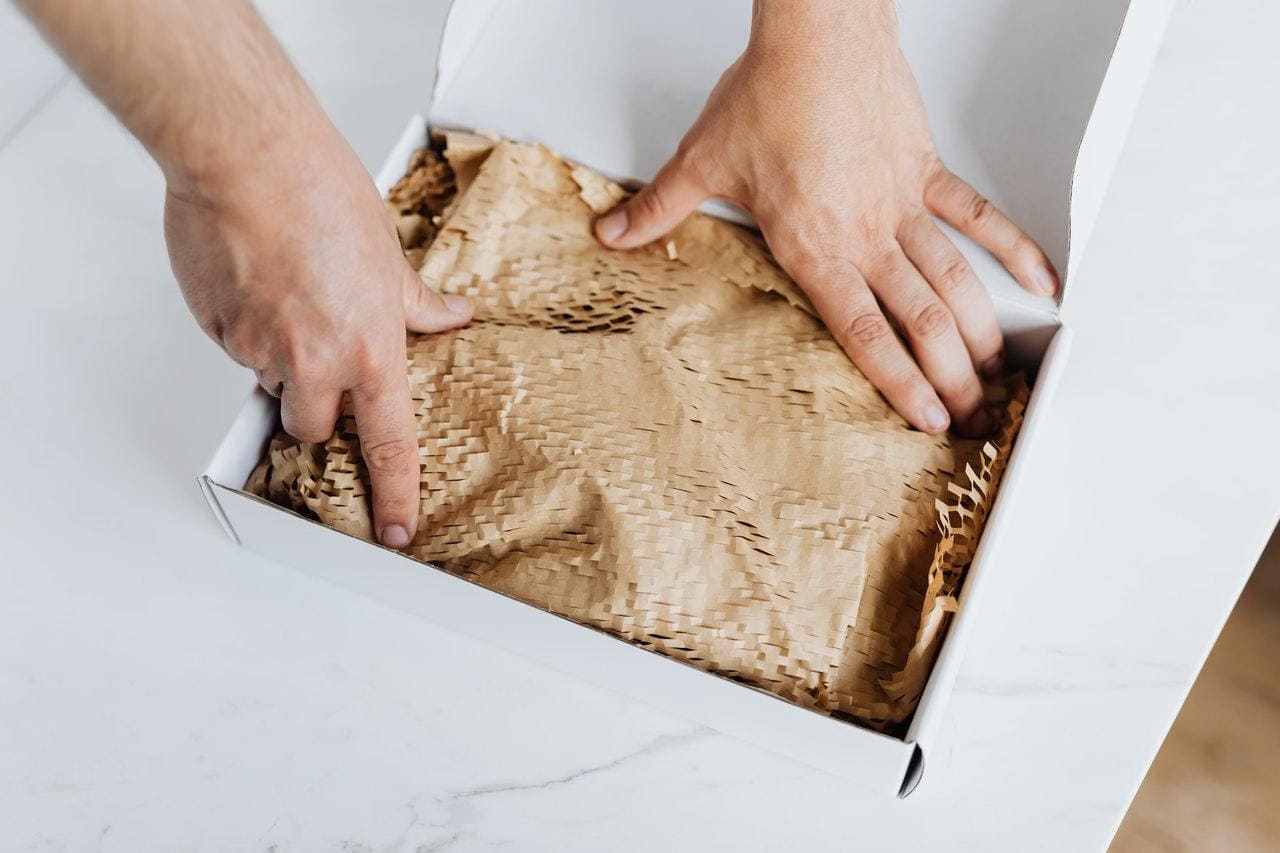 Sendle and DSV Panalpina really care about the overwhelming amounts of packing waste from e-commerce. It’s hard to quantify packaging crisis, but the two companies from different continents of the world want to do something about it.

DSV Panalpina has a sustainable packaging expert. They do audits and highlights where there are issues and how to reduce them. The company has seen huge benefits from optimizing packing.

That includes a reduction in the number of shipping containers required, 15% drop in carbon emissions, 30% decrease in transport damage, and a reduction of more than $6 million in transportation costs annually.

“Packaging is something that I think is often overlooked and in a logistics company, we can all be optimizing the environmental impact of packaging,” MacIver Zingg said.

The Australian company, which launched its compostable packing in early 2020, has conducted a consumer survey in the US. According to that, 57% said that they get frustrated with how much packing stuff comes with the products they buy. And, 64% said they’d be more likely to buy from someone that offered compostable packing.

Taking the survey’s results, Sendle ran with it.

“We talked to Americans who’ve got back alleys full of cardboard, and there’s no space left in the recycling bin. So we thought of this idea of creating some compostable packaging and making it super price-competitive so that our customers can use it,” said Ross.

What the company’s gor right now are mailers that are 100% biodegradable and home-compostable. They look like plastic but are made from corn starch and plant-based bioplastics.

When they’re done, we can strip off labels from Sendle’s mailers and just toss it into food scraps. According to the company, they can break down within 90 days.