To Survive Poachers, Elephants Begin to Lose Their Tusks Naturally

You are here: Home / The Species / To Survive Poachers, Elephants Begin to Lose Their Tusks Naturally

We all know that elephant populations suffer a lot because of the insatiable demand of tusks. After years and years of abuse, nature played a part and these elephants start to grow tuskless without human intervention.

15 years ago, there used to be a civil war that blew out in Mozambique. In order to finance weapons and feed fighters, about 90% of elephants were slaughtered and their ivories taken. As a result, oldest elephants in Gorongosa National Park, which are the sole survivors of the mass killing, don’t have tusks.

According to figures by National Geographic, about a third of younger females (a generation born after civil war elephants) never developed tusks. Normally, this would happen naturally in about 2 – 4 percent of female African elephants. 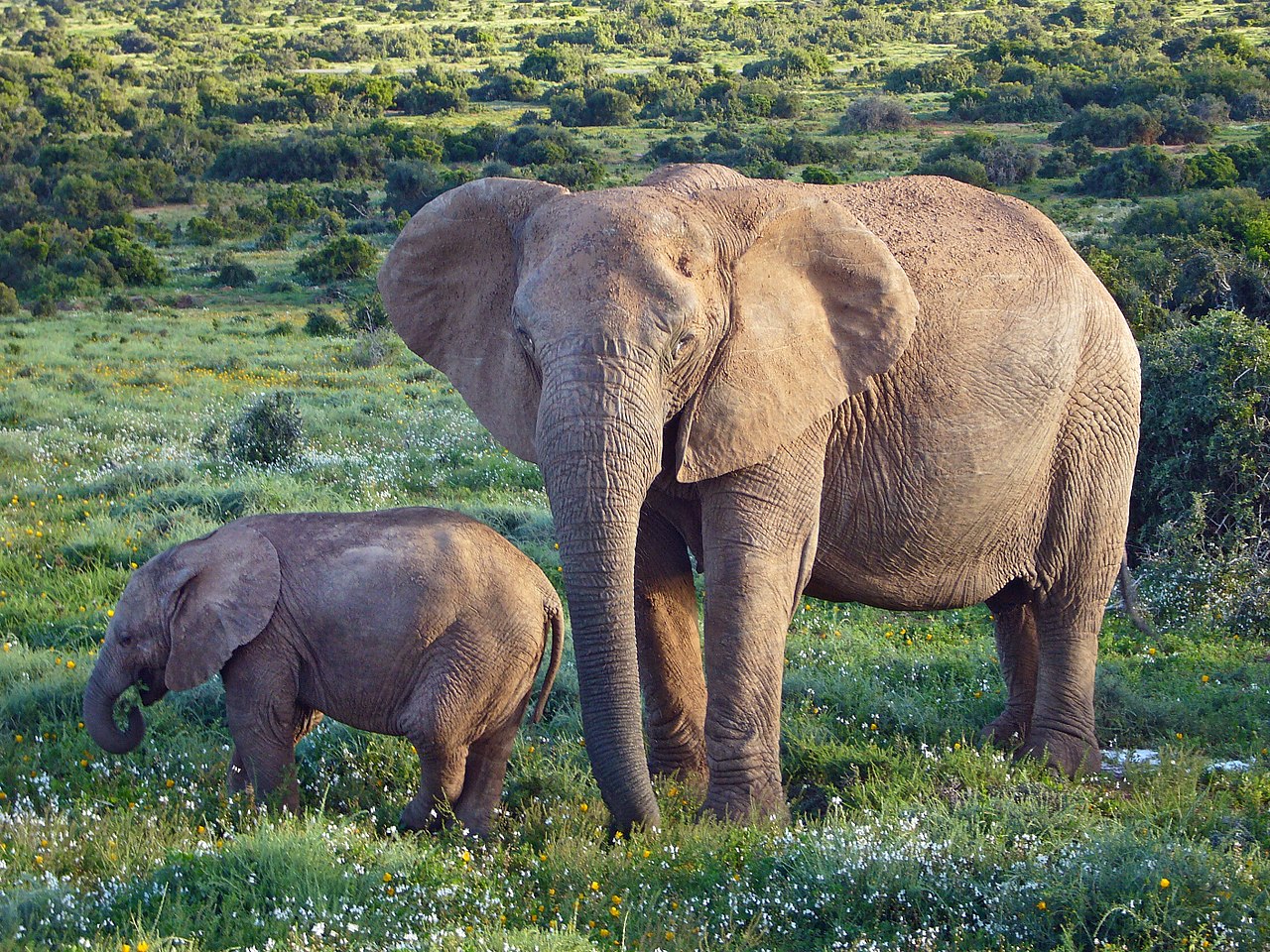 Joyce Poole is an elephant behavior expert and National Geographic Explorer who studies the park’s pachyderms. She stated that before, there were about four thousand elephants that live in Gorongosa. Due to the civil war, the number plummeted down to only triple digits.

Poole has compiled a research about this tuskless phenomenon. Out of 200 known adult females, 51% which survived the war (at around 25 years of age or older) are tuskless. 32% of female elephants born after the war are all tuskless.

She also said that a male elephant’s tusks are bigger and heavier than the female’s despite the same age. “But once there’s been heavy poaching pressure on a population, then the poachers start to focus on the older females as well. Over time, with the older age population, you start to get this really higher proportion of tuskless females,” said the scientific director of a nonprofit organization called ElephantVoices.

Mozambique isn’t the only country where the elephants have gone tuskless. In other countries with history of ivory poaching, there are also similar shifts among female survivors and their daughters. The effect in South Africa proved to be quite extreme. Reports in the 2000s showed that 98% of 174 females in Addo Elephant National Park were completely tuskless.

“The prevalence of tusklessness in Addo is truly remarkable and underscores the fact that high levels of poaching pressure can do more than just remove individuals from a population,” said a National Geographic Explorer and a behavioral ecologist Ryan Long. “Consequences of such dramatic changes in elephant populations are only just beginning to be explored,” he went on.

Similarly, elephants in Ruaha National Park experience this phenomenon. Josephine Smit, a researcher who studies elephant behavior with the Southern Tanzania Elephant Program, said that among the female elephants in Ruaha (heavily poached in the 1970s and 1980s), 21% of females older than five are tuskless.

Southern Kenya used to be a heavy source of ivory poaching as well. In 2015, there was a study conducted by Duke University and the Kenya Wildlife Service which compared the tusks of elephants captured there between 2005 – 2013 with those of elephants selectively slaughtered in 1966 -1968 (this was back before poaching became a threatening matter).

The result found significant differences. Elephants that survived the intense poaching period developed smaller tusks, about fifth smaller in males and more than a third smaller in females. This pattern keeps repeating in the elephants’ offspring.

Studies proved that average male elephants born after 1995 had 21% smaller tusks than males from the 1960s, and 27% of them are smaller than the females from around that time. The study’s authors stated that even though the role of genetics to tusk size is indirect, it has substantial genetic influence.

Read also: Elephants Have More Cells, But Why Cancers Rarely Strike Them?

According to Poole, elephants who don’t have tusks appear healthy and fine. Scientists say that this tusklessness might alter how individuals and their broader communities behave.

They also want to find out if the ‘handicapped’ elephants have larger home ranges than the normal ones because they might need to cover more ground to find recoverable foods.

Should elephants change in terms of how quickly they move, where they go, or where they live, it could have larger implications for the ecosystems around them. “Any or all of these changes in behavior could result in changes to the distribution of elephants across the landscape, and it’s those broad,” said Long.

Long has started tracking three tusked females and three tuskless females from different herds. He and his colleagues didn’t only try to track through GPS, they also took blood and stool samples. With that set, they will monitor the elephants for a few years or until the trackers lost power and see any changes in the way they move and eat as well as genomes shifting.

Regarding changes in behavior, Smit said, “I’ve observed tuskless elephants feeding on bark, and they’re able to strip bark with their trunks, and sometimes they use their teeth.” Elephants now may be eating from trees which are easier to debark or the ones which have been stripped. Smit suggested that other elephants could help out their tuskless fellows.

Read also: 8 Facts About Elephants That Will Touch Your Heart ❤

Effect on other animals

Tusks are basically overgrown incisor teeth that elephants use for most tasks of daily living. They dig for water or vital minerals in the ground, debark trees to secure fibrous food, and help males compete for females.

And unsurprisingly, what elephants do with their tusks also help other animals. Long said that Elephants’ “role as a keystone species to topple trees and dig holes to access water is important for a variety of lower species that depend on them.”

For example, some lizards prefer to live in trees roughed up or knocked over by elephants. Other animals also rely on water that resulted from tusk digging for nourishment.

When we think about it, this natural tuskless evolution might biologically benefit elephants, as poachers will less likely target them for ivory trade.

However, if we look at the other side, this could that next generations might not be able to see how elephants truly look like: the biggest mammals on land with majestic tusks. To me, it’s almost like looking at zebras or tigers without the stripes.

Read also: Elephants Are Serving The Nature, Even After Death Arrives