You are here: Home / The Species / Elephants Are Serving The Nature, Even After Death Arrives

Being the biggest modern animal to roam on the surface of the earth, elephants play important role in the nature. This is the reason why many tribes all around the world considered this animal as a sacred one.

However, in modern days, the only importance of an elephant is its ‘value’. They are hunted as the biggest game around or for their tusks. Both of those involve big amount of money, even though being condemned illegal.

Because we are living in modern world, we are following the latter trend to see elephants. Many people see this animal as a walking pile of cash. Because of that, rather than keeping this sacred animal roaming the earth peacefully, they prefer it dead.

Elephants, being the biggest animal roaming on earth nowadays, are considered as intelligent animals. The reason why experts said that they are intelligent is because they have complex consciousness and strong emotions.

The emotions can be seen from how a group of elephants, even they are not relatives, mourn upon deceased members. Shifra Goldenberg, a researcher who studied the behavior of elephants witnessed the prove when she conducted a study at Kenya’s Sumburu National Reserve.

“What the family was doing was interesting, but what her non-relatives were doing is also important. You see their investigation of the body. You see calves walking past and smelling it. It is amazing to see that level of fascination,” Goldenberg said.

She said that elephants show complicated and unknowable emotions toward something abstract like death. “Her family was distressed that she wasn’t getting up. But the larger population also was interested in her death,” she explained.

Just like human, which is the most intelligent creature on earth, elephants show complex behavioral interactions, which is the prove that they are intelligent. “The fact that they interact and have behavioral interactions with their dead in a form that is not explainable in any simple, evolutionary context speaks to the deeper emotional lives of elephants that we can’t easily study,” she said. 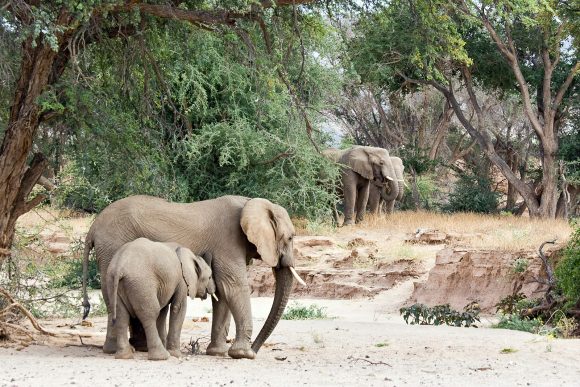 Intelligence without contribution to the environment means nothing, but elephants have both things. What’s interesting is that the contribution that the elephants give to this nature is the result of their intelligent acts.

One example is how they dig for water during dry season, using only their tusks. Not only giving the members of the group a source of water to survive the dry season, but it also gives benefits to many other animals around the well.

Another example is how forest elephants eat, they create gaps in the vegetation which allows new plants to grow while on the other hand also create pathways for smaller animals. Whether or not they think before eating, but this habit is environmentally important.

Not only that, so many species of plants rely much on the presence of elephants to disperse their seeds. Some relies on the thick skin and just attach the seeds on it, while some others sacrifice themselves to be eaten first and wait for being naturally sown in the animal’s dung.

Because elephants are travelers in nature and able to walk up to 190 kilometers a day, they can disperse seeds effectively from one area to another. This way, indirectly elephants also help to boost the health of savanna ecosystem by spreading plantation.

Even When They Already Died

The 7 tons carcass is a huge pile of meat full of nutrition for scavengers. The ones frequently being spotted to scavenge on dead elephants are vultures, hyenas, and even lions. Not to mention smaller animals like flies and worms are also benefited from the huge pile of nutritious meat.

“Vultures often spot a dead animal within minutes or hours of death, but even their strong beaks can’t tear through elephant hide, so many will circle aloft while they wait for the sharp teeth of lions or hyenas to “open” the carcass and spill the innards,” said Joyce Poole, elephant expert and co-director of ElephantVoices.

The carcass of elephants also benefit decomposers which will finish up what’s left from the dead body that bigger animals can’t chow down. “The maggots take over at some point, and the whole carcass is just seething with maggots,” said Poole.

While the spilled blood from the dead body create an organic patch on the ground that will be used by microbes to make the soil more fertile. Even living elephants visiting the ‘grave’ can also give their contribution by leaving piles of dungs around the dead body. 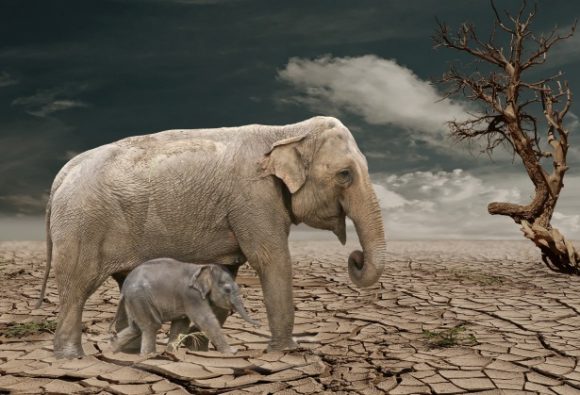 Rather than a view of horror and gore, people who have witnessed it said that this kind of scavenging party is more like a feast of the savanna. It is kind of make sense, because only elephants can provide that much amount of meat.

National Geographic grantee and vulture expert Munir Virani has witnessed the feast a few times, and described the view. “It’s just incredible. The noise, the cacophony, they jostle and they jump and they fight and pull one another’s wings,” Virani said.

The reason is because the scavengers evolved alongside the herd of bigger animals like elephants and wildebeest. The herds of big animals are their main source of food since bigger animals mean more meat to be consumed, and more nutrition to be passed to their chicks.