You are here: Home / Hello Earth / Fire In Gili Lawa, Komodo National Park, Should Have Not Happened

Komodo dragon is mentioned as the last dinosaur alive in this earth. Their presence is so special that even Indonesia, the country where this animal is living in, is making the habitat of komodo in areas of Komodo, Rinca, Gili Motang, Padar, and Flores islands national park.

Those islands are popular tourist destinations both for local people and international tourists. They want to witness the biggest lizard on earth live with their own eyes, seasoned by the beautiful view of the islands.

Because this animal is so special, Indonesian government don’t want to risk its exclusive habitat. That’s why other smaller islands in Komodo Islands National Park are also protected by law to keep the nature of those islands unharmed.

But apparently, even the strongest law cannot protect the nature from human recklessness. Gili Lawa, a natural island that belongs to Komodo Islands National Park is set on fire. Most recent news said that the fire was lit during a prewedding photo shoot.

How could a prewedding photo shoot, which usually is about showing love and beautiful moments lead to such disaster? Kefi, a researcher who also belongs to House of Komodo National Park said that the team is still in investigation.

“Whether there was any element of deliberation or not, we have not figured it out. Possibly it was caused by carelessness in a prewedding photo shoot session that used fireworks,” said Kefi, as quoted from Kumparan.

The fire started at about 19.00 WITA (central Indonesian time zone) but it was not until 20.00 WITA that people widely notice it. Luckily, the firefighting team responded to it immediately and successfully put out the fire by 03.00 WITA the next day.

“We responded to it immediately with the help of our colleagues on the field,” said Kefi. Luckily, the fire didn’t give any thread to protected animal species like komodo. “There are only a few deer living on that (Gili Lawa) island, there is no komodo living there,” the researcher said.

But it doesn’t mean that we have sacrificed something from the nature to let human do whatever they want. The suspects, including the photo shoot team and the couple, are currently being interrogated by local police.

Forest fire is a pretty common thing to happen in the nature. Even nature itself has so many ways to start the fire, whether by heat wave or by thunder strike. Such natural incident happens a lot of times in Australia.

But the fire in Gili Lawa is different from fire in Australia, because it is not a nature’s work. Instead, it was caused by human recklessness and stupidity. What kind of people shooting prewedding photographs that ends up in burning the whole island?

Responding to this incident, local police department conducted an investigation in demand for responsibility from the suspects. One of the suspects is Indonesia Juara Trip, a tour and travel agent from Indonesia.

Indonesia Juara Trip, for being categorized as one of the suspects responded quickly to the statement. In their Instagram story post, they mentioned that if ever any of their members involved in the incident, they will give punishments to them.

“If the result of the investigation says that some of our members are responsible to this incident, our company will give serious punishment, even if it will lead to dismissal,” as written in the official post from the company’s Instagram page.

How Much Did We Lose?

Although immediate response was given by local team, an 8-hours fire in the savanna is still a big loss for us. “We still cannot measure the loss, but it is dominated by the loss of savanna grass and bushes,” said Budi Kurniawan, the Head of Komodo National Park.

Indonesian Minister of Tourism, Arief Yahya spoke up about this man-made tragedy in Gili Lawa. He also gave a strong plea about this incident. “I am concerned about the fire in Gili Lawa, Labuan Bajo Komodo, Nusa Tenggara Timur. I hope in the future such incident will never happen again,” he said as quoted from Detik.

The thing with that fire is, we cannot expect fast recovery from the nature. It means that for some amount of time, Komodo National Park will be without one of their most beautiful natural landscapes in Gili Lawa.

Budi Kurniawan said that they will let nature recover the burned area with its own way, and ask everyone to respect the nature’s work by not harming the island further. “We need everyone to be conscious about it and be careful with what you are doing while visiting Komodo National Park,” said Kurniawan. 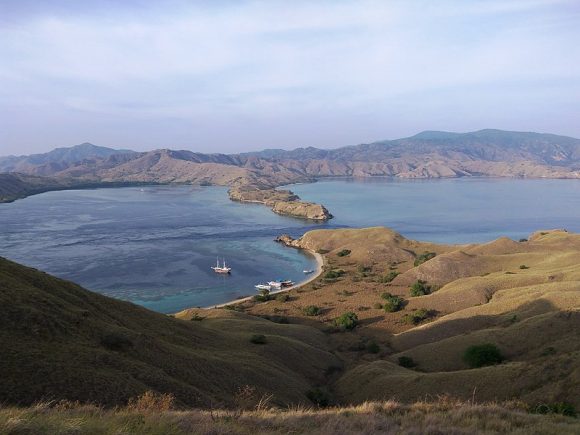 As mentioned before, the House of Komodo National Park said that they will let nature do its part in restoring the landscape of Gili Lawa island. However, it doesn’t mean that we cannot help anything with it.

Not doing any further damage to the island is one thing to do. As time goes, organic matters in the ashes will become some kind of fertilizers for new trees, grass, and bushes. Hopefully, it will support the vegetation of the island in their rebirth, and make them grow stronger and prettier.

But still we have to take actions against such stupidity in the nature and never let such thing happen for some stupid reason. Just a little uncontrolled spark of fire can lead to the burning of the whole island, just like in Gili Lawa.

For your information, this is a serious case, and may lead to legal actions. “There are several witnesses currently being interrogated in relation to the fire incident,” said Jules Abast, Head of Public Relations Division at Nusa Tenggara Timur Police.

“According to some information received, there were some crews and tourists around on that island when the fire started,” he added.