You are here: Home / The Species / Feed Your Cats Meatier Food and Play with Them More to Reduce Wildlife Hunting

Even though conventional, store-bought cat food is convenient for many cat owners, feeding cats specialized food with more meat content can make them hunt wildlife less. At least that’s what new research by the University of Exeter shows.

According to the new study, introducing a premium cat food where proteins came from meat reduced the number of prey animals that cats bring home by 36%. Additionally, playing with them for five to ten minutes leads to 25% reduction.

Exeter’s Environment and Sustainability Institute Professor Robbie McDonald said, “Previous research in this area has focused on inhibiting cats’ ability to hunt, either by keeping them indoors or fitting them with collars, devices and deterrents.”

A lot of methods to reduce wildlife hunting so far only involves keeping cats indoors, and a lot of owners are concerned about their cat’s welfare. This study shows that there can be non-invasive, non-restrictive methods.

“By playing with cats and changing their diets, owners can reduce their impact on wildlife without restricting their freedom,” Professor McDonald said. 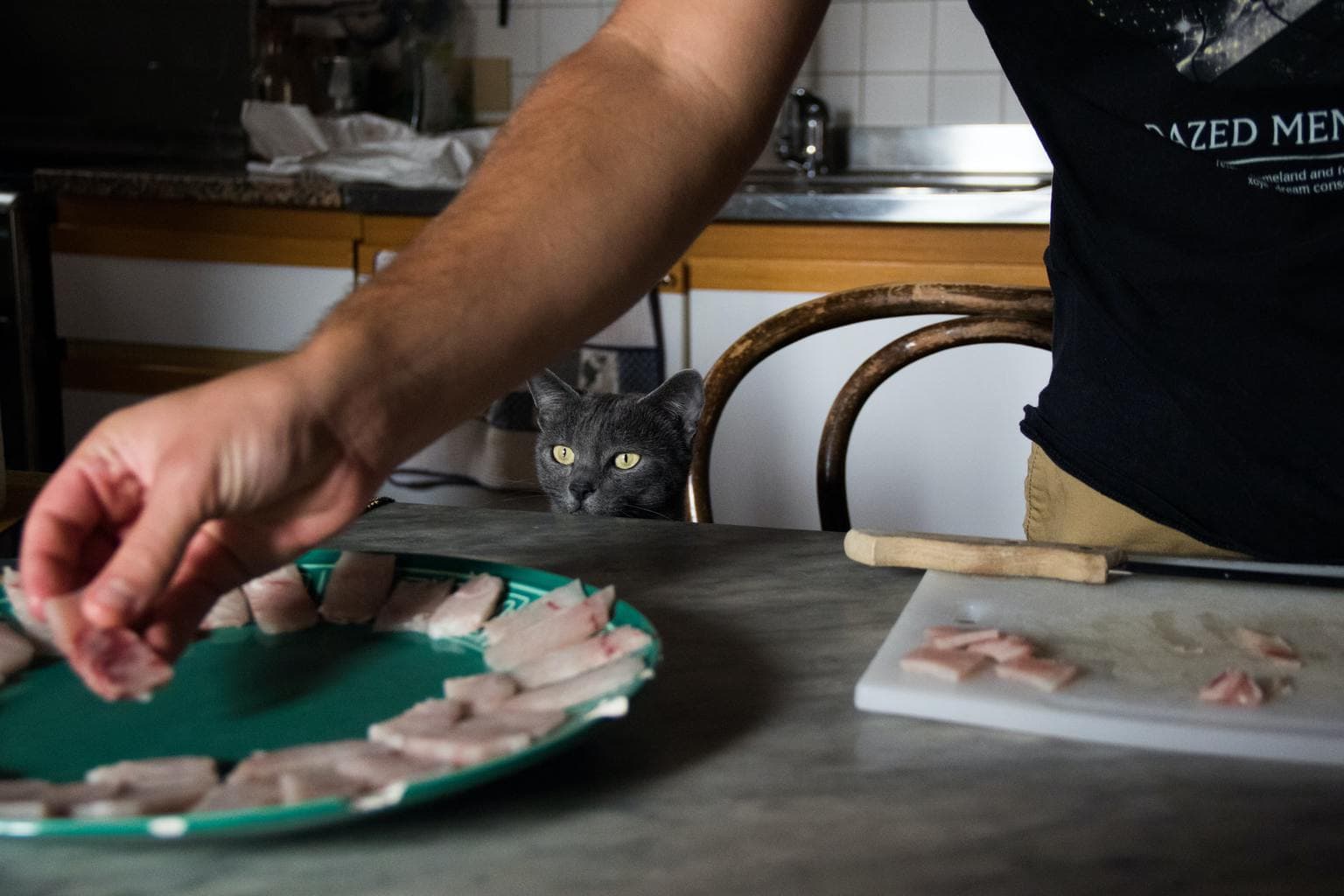 The importance of play time and meatier food

As a cat owner, I fully understand that we need to make our cats play so that they can spend their energy well (and reduce ‘the zoomies’, so to speak).

But I also know that sometimes we just don’t have the time. Plus, cats can play on their own, even if they’re indoors.

Although, I also know that cats playing by themselves is not enough.

Well, playing with feather toys (on strings or wands) can make cats stalk, chase, and eventually pounce. If we give them a toy mouse or something similar to play after each “hunt”, it actually mimics a real kill.

It makes sense if more play time could reduce these cuddly pets’ wildlife hunting. But it’s not exactly clear why meatier food can do this as well.

Martina Cecchetti, PhD student who conducted the experiments, said, “Some cat foods contain protein from plant sources such as soy, and it is possible that despite forming a ‘complete diet’ these foods leave some cats deficient in one or more micronutrients—prompting them to hunt.”

However, it’s also understandable to frown upon this solution, because more and more has tried to push back meat production, including for pets. Our pets eat meat too, and meat has been dubbed one of the many causes of climate and environmental issues.

The researchers plan to find out if we can add specific micronutrients to cat foods to reduce hunting.

“We also plan to investigate whether different kinds of play have different effects, and whether combining strategies can reduce hunting even further,” said Cecchetti. 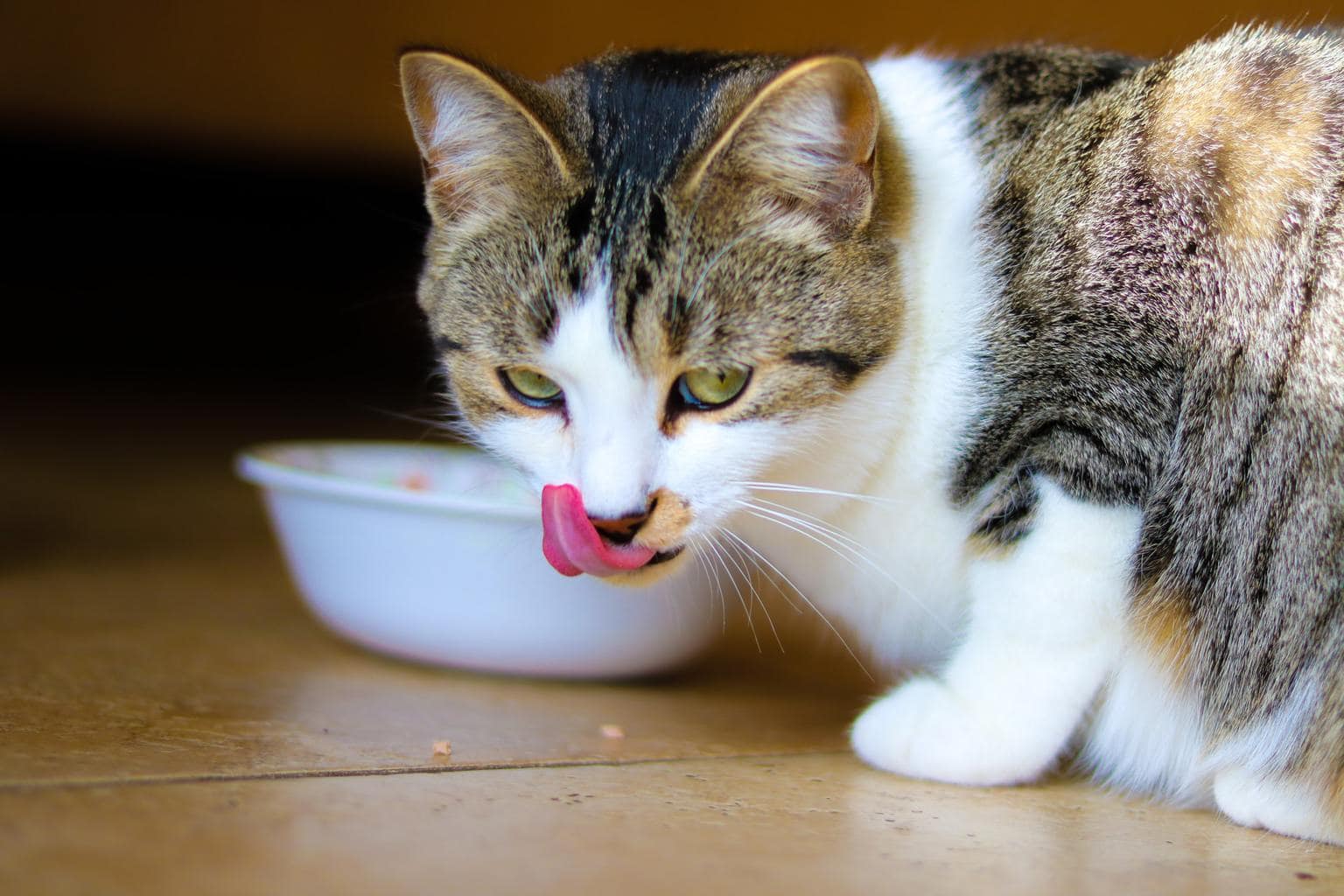 Researchers conducted this study for 12 weeks on 355 cats in 219 households in south-west England. They also examined the effect of existing devices used to limit hunting by cats.

They found that putting specific collars on cats (colorful ‘Birdbesafe’ in this case) reduced the number of birds captured and brought home by 42%. Sadly, mammals weren’t as fortunate.

Lisa George, owner of Minnie that took part in the study, stated that the diet change worked.

“On changing Minnie’s food (previously supermarket own-brand), to Lily’s Kitchen, I found she hardly hunted at all. This continued the whole time she was on this food. I can honestly say I couldn’t believe the difference as regards her hunting behaviour,” George said.

George Bradley from SongBird Survival said, “This latest study we have funded is excellent news for birds.

“The data show that cat owners (like me) can make a few small and easy steps to really improve the health and happiness of our pets as well as make a really big difference for all our wildlife, especially our beloved songbirds.

“Making these easy-to-implement changes will be a win-win for birds, cats and cat owners.”

Additionally, head of wildlife at the RSPCA Adam Grogan welcomed the results of the study. Grogan said, “The RSPCA cares for both cats and wild animals and we want to provide advice to cat owners that will benefit both cat and wild animal welfare.”

“This project provides us with alternatives for cat owners that are simple and effective and so easy to adopt.” 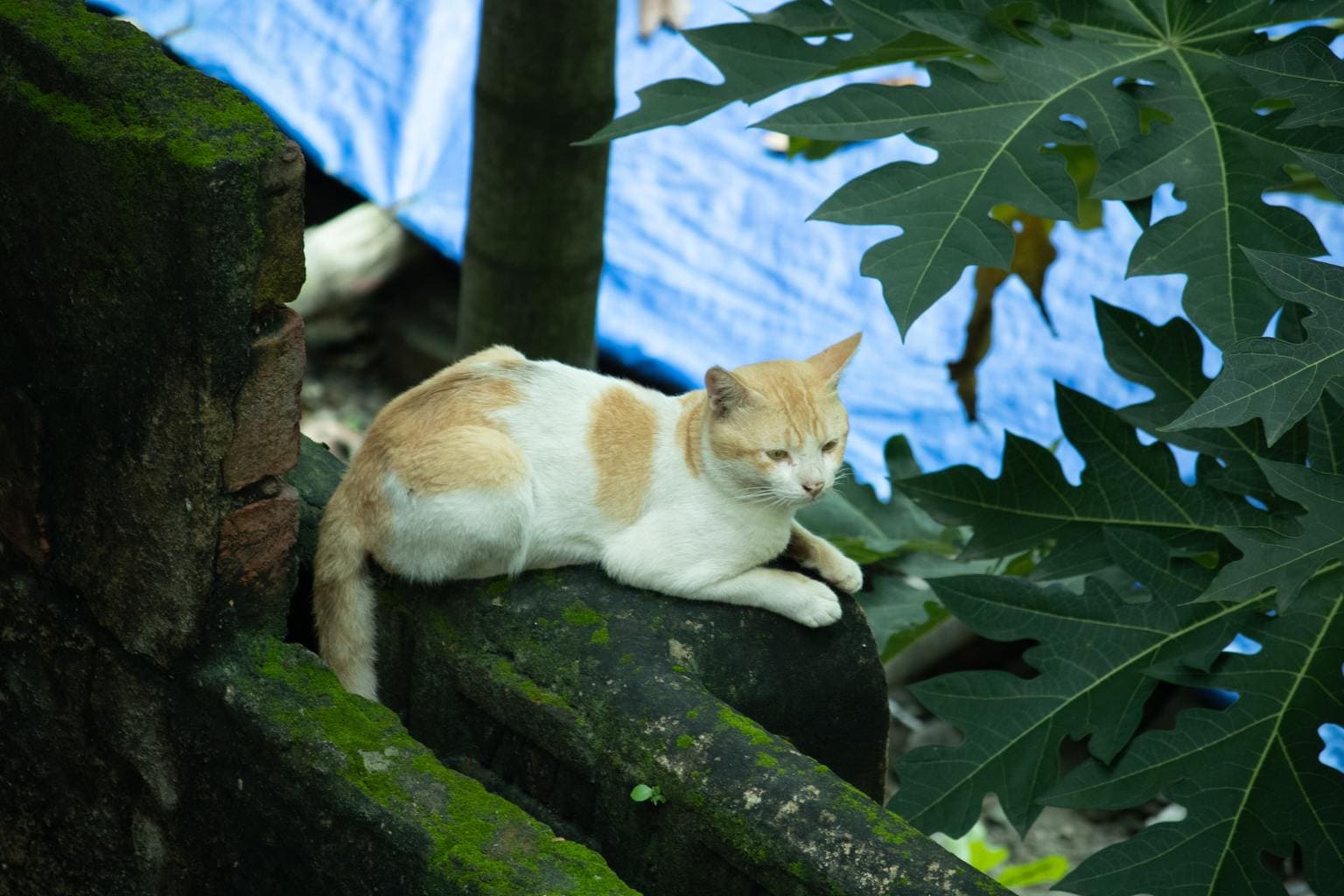 On the other side of the world, where this study may really matter

It’s pretty clear that the study above ‘sympathizes’ with cats and they still want to give win-win solution.

That’s not the case in Australia—at least for strays or feral cats. This country doesn’t shy away from elimination.

We may think that Australia is being too extreme. But it’s not without reason.

In just over 230 years since their introduction to the continent, feral cats have wiped out more than a dozen species that lived alongside Aboriginal people for millennia. These cats also have pushed others to the brink of extinction.

Within 70 years after they first arrived in Australia in 1788, cats had spread throughout the country. And now, cats inhabit 99.9% of Australia’s total land area.

Annually, there are about 2.8 million feral cats that roam the continent. Although, that number may significantly increase.

According to John Woinarski, a conservation biologist at Charles Darwin University and co-author of the book Cats in Australia: Companion & Killer, this number can balloon to 5.6 million in years of heavy rainfall.

Woinarski said, “Australia’s biodiversity is special and distinctive, forged over millions of years of isolation.

“Many mammal species that survived have been reduced to a minute fragment of their former range and population size, are now threatened and continue to decline. Left unmanaged, cats would continue to eat their way through much of the rest of the Australian fauna.”

So annually, feral cats kill 1.4 billion native Australian animals—around the same number that died in the catastrophic 2019-20 bushfires when more than 73,000 square miles burned. To say that “it’s bad” is an understatement. 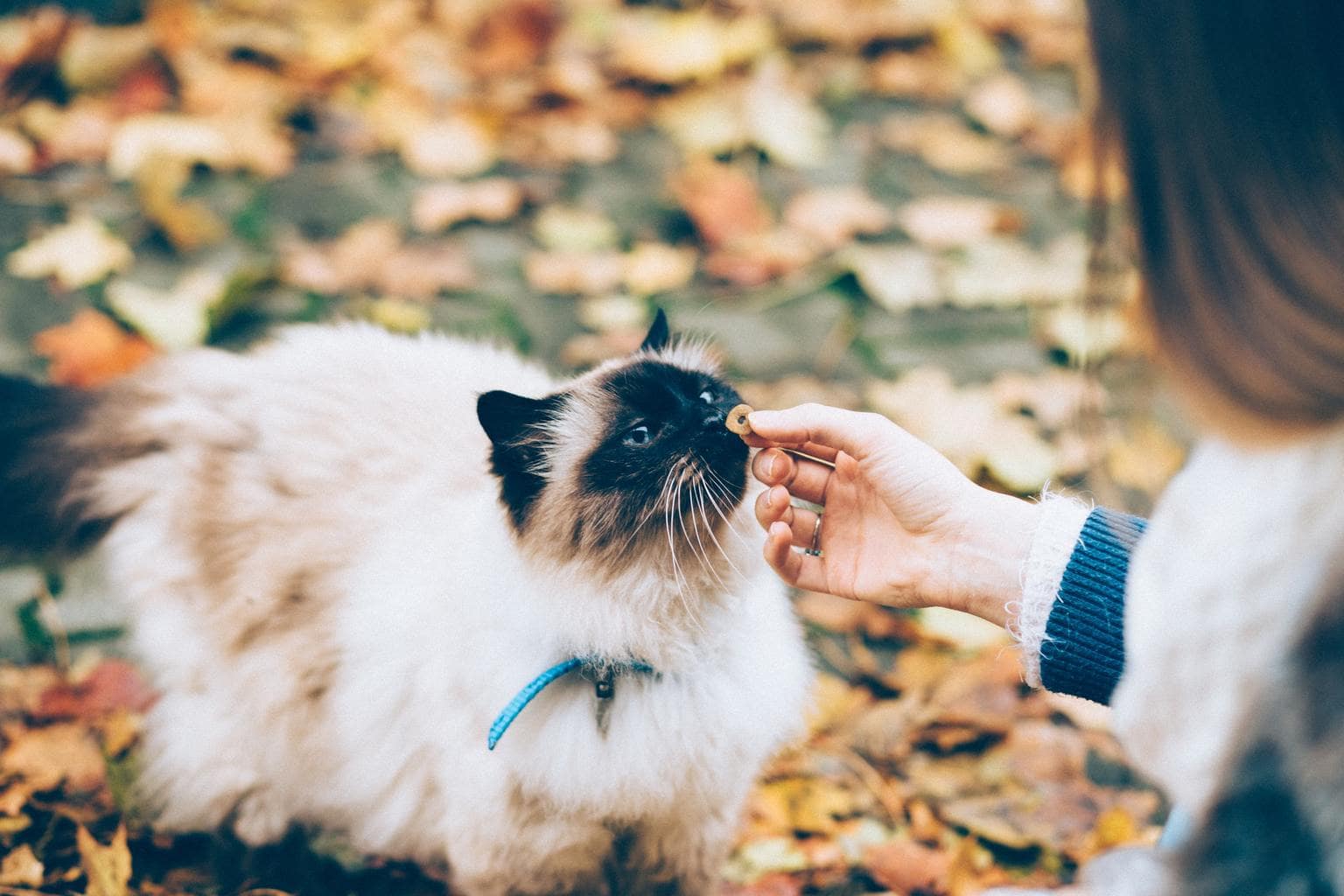 One might say that it’s feral cats, so exterminating them may be okay. Well, it’s also reported that the country’s almost 3.8 million pet cats kill up to 390 million animals every year.

Believe me, as a cat lover, seeing many stray cats captured in Australia is bad enough for me. But I know it has to be done and I personally weigh more in favor of the unique Australian wildlife.

Though what about owned cats—our own furbabies or furriends? What can we do so that we get to love them but also not sacrifice the wildlife?

Woinarski said that night-time curfews would only benefit nocturnal mammals; not so much for birds and reptiles which are more active during the day. So, in Australia, keeping cats exclusively indoors is the only great option.

In a 2018 policy document, the RSPCA agreed that “Cat containment regulations need to mandate 24-hour containment, rather than night-time curfews, if they are to significantly reduce wildlife predation, breeding of unwanted cats and cat nuisance.” 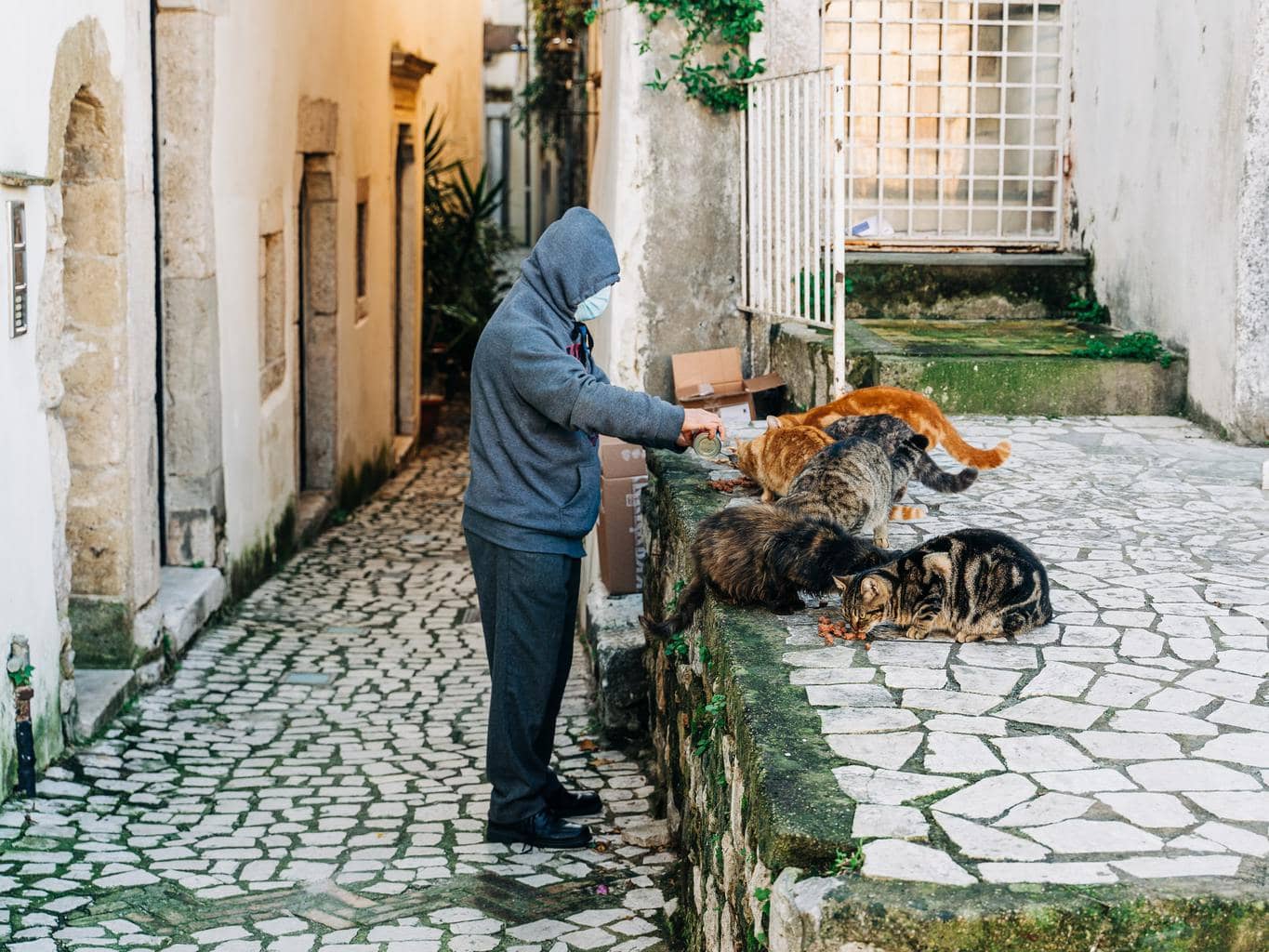 What’s interesting is that we can see the difference between Australia and the USA or England. The latter countries like cats more, probably because the wildlife situation (except in Hawaii) isn’t as dire.

Conservation scientist Pete Marra, the author of Cat Wars: The Devastating Consequences of a Cuddly Killer, says that in the United States, animal welfare organizations such as Alley Cat Allies and Best Friends Animal Society, aggressively oppose any attempts to control cat numbers.

For example, back in 2019, Becky Robinson who is president and founder of Alley Cat Allies, described plans by the Australian government to kill feral cats as “barbaric, reprehensible, and a morally flawed choice”.

According to Marra, there’s a clear contrast here.

While Australia’s federal parliament commissioned a report that recognized the seriousness of the country’s cat problem and demanded action, Marra stated that those who identify cats as a major conservation issue in the U.S. are shouted down.

Marra said, “You have in Australia this entire country taking on cats because they understand they’re on the razor’s edge of this conservation issue.”

What do you think of this issue? Will the meatier food help in cases like Australia? Or should we keep our cats indoors only?