You are here: Home / Hello Earth / Iceland Is Replanting The Forest That The Vikings Destroyed

Iceland is famous of its wonderful scenery that many artistic movie makers are making it the background of their movies. However, if you ever watch the movies which took Iceland as its background, have you ever realized something?

Among its beautiful nature, you may notice that there are only bushes and mountains in the country, and not so much trees. While you might think that no big trees are able to grow in the country because of its cooler climate, but actually that’s not the case here.

In fact, forest can grow as well in Iceland as other countries in Europe, and in some parts of the country you can still find big trees growing normally. So, how can the country have so limited forest and big trees if the climate is not the problem here? 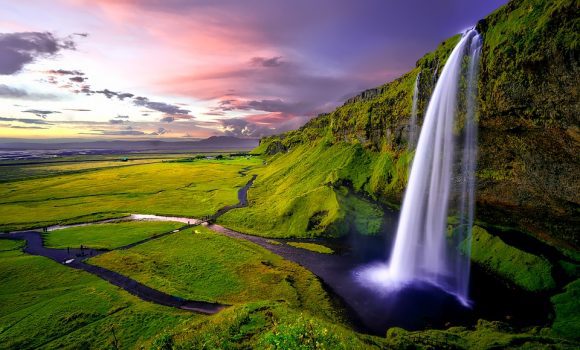 Iceland’s plain and vast landscape showing mountains and grasslands all over the country has long been the favorite of tourists and filmmakers. Let alone the special treat from its glacier and volcanoes that provide not less wonderful view.

It has made the country a must-visit place to foreign visitors who are longing for unforgettable scenery. In 2016, at least 1,8 million visitors from all over the world had come to the country to witness the unique view of Iceland.

So far, tourism has become one of the greatest economic boost to the country. Not only that, there are many music video and movie productions took place in the country to show the goodness of this planet which further introduced the gorgeous landscape of the island to the world.

Local bands like Sigur Ros and Of Monster And Man always produce their music videos with the background of Iceland’s wonderful landscape. Not only that, if you ever watched The Secret Life Of Walter Mitty, you might have also witnessed the astonishing plains on the island.

The brilliant view of Iceland is mainly supported by its vast plain showing none but the grey sky, grasses, bushes, and mountains. And yes, not so many trees are seen to stand on the plains to disturb your view, and it is not a good thing for local people.

Not For The Farmers

While the country has gained its reputation of being one of the most favorited place in the world to capture some scenes in movies and music videos, apparently the filmmakers’ view is the opposite to the farmers’.

The land is not a friendly place for agricultural works, because of its loose soil and strong winds that frequently produce sandstorms that damage anything on the land. Many times, the sandstorms even peel off the paint of cars in the area.

Indeed, the farmers in Iceland have struggled with the sandstorms and erosion on the country for ages. That’s why farming is not the most preferred job in Iceland. However, to fulfill the needs of its 350,000 citizens, the country still need agricultural work.

That’s why, a solution is needed to overcome this problem. The income from tourism alone is not sufficient to constantly get the resources Icelanders need to fulfill their daily needs. Planting trees might be the right solution for the problem.

“An important contributor to Iceland’s mitigation policy is planting trees. It is a big discussion here,” said Gudmundur Halldorsson, research coordinator of the Soil Conservation Service of Iceland to The New York Times. 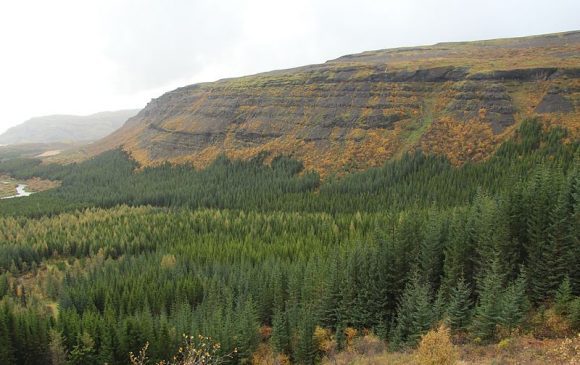 Iceland was not always as cold and plain as we know. Fossils found in the country that could be addressed back to 5-15 million years ago showed that the country used to be a warm place where many plants like sequoia, magnolia, and sassafras grew.

Evidences also showed that Iceland had undergone through many changes in climate and vegetation. Archaeological evidences also indicated that more than a quarter of the country was covered by forest until 9th century.

But as soon as human began to settle in the island, the biggest change, especially in its vegetation, happened. The country changed into what we know nowadays thanks to the Vikings that chopped down trees for timber and farmlands.

During the 9th century, Vikings invaded the island and began to build a settlement in the country. However, to build such settlement and farmlands, they need vast area and many timbers. Let alone the grazing lands for sheep, thus the Vikings thought that they need to chop down the trees in the island.

Nowadays, the work of Vikings resulted in moonscape scenery of Iceland that’s admired by the whole world. However, the lack of trees in the country apparently caused some problems for people in Iceland, such as erosion. 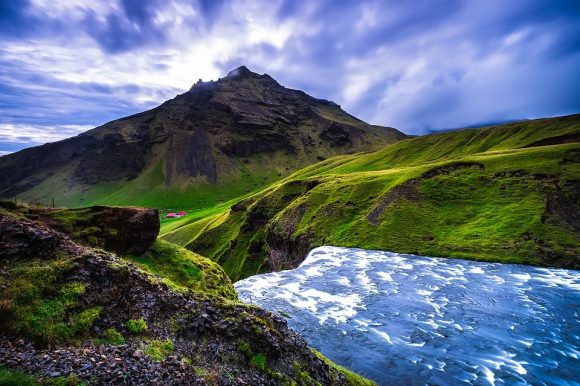 To prevent further damage to their environment because of the lack of trees, Icelanders are now planning on replanting back all the forests that their ancestors had chopped down. By replanting the forest, they hope they can improve and stabilize the soil, help agriculture, and fight climate change.

“Over the past decades, the absence of vegetation to hold the soil caused farming and grazing to be nearly impossible in many parts of the country. This was further compounded by the nation’s legendary strong winds, which contributed to severe soil erosion,” said Throstur Eysteinsson, head of Icelandic Forest Service.

However, getting back the vast forest once stood on the island is not an easy job, neither it is quick. Despite planting more than three million trees in recent years, and millions more in the past decade, the amount of land covered in forest has not increased significantly.

“It’s definitely a struggle. We have gained maybe half a percent in the last century,” said Mr. Jonsson from Icelandic Forestry Association. It showed that even for such little country as Iceland, planting millions of trees each year is still a particularly ‘small’ act.

Today, cultivated forests have grown and about 2% of Iceland soil now being covered by forest and woodlands. However, that’s still a lot of hard work from the government and environmentalists to regain what they had lost a thousand years ago.

Not stopping on that 2%, Iceland is planning to plant millions more trees in the country. “Our goal is to afforest 2.5% of Iceland by planting, and that natural regeneration will eventually reach 10 percent of Iceland’s area. So, we’ll need to plant 200,000 more hectares,” said Eysteinsson.