You are here: Home / The Species / Can Insect Farm Paint The Future of Our Food Production?

Talking about insect, what comes to your mind might be about those little creatures crawling and flying freely around your garden. But what if in the future, our kids see insect farm as one of the best commodities like how we see poultry and livestock nowadays?

While if you still ‘eww’ such kind of idea, but the fact that a lot of insect farms are growing nowadays might make you change your mind. Or at least you should slowly adjust your preferences starting from nowadays toward insect farm.

But why do we even need to farm insects? Isn’t that kind of absurd to farm something that we can easily find anywhere around our backyard? No, it is more than just collecting insects like what we did when we were kids.

Like mentioned above, it is about our food stock, and here are how those little creatures can do it.

The Idea Behind Insect Farm 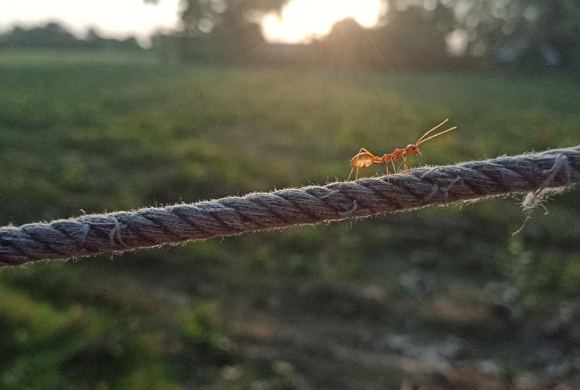 There are two concerns regarding this problem. First is that we would not have enough land to build new housing since more and more people means more and more needs for empty space. While the second is about our food stock.

More people mean less food to share. Things will get worse when the land used to grow the food should be transformed into housings. This will see the amount of food we can produce is downhill on the chart, while the number of populations will go up.

Now, let’s talk about insects again. Don’t you know that the number of insects is 200 million times the number of human livings on this planet? Yes, even though they are small, but if they want to throw a coup d’état, they can beat us by numbers.

What if we prevent the coup d’état by using their number as our source of food first before it happens? What if we even create insect farm to grow their number and harvest them? Instead of a terror, we might get something good this way. How can? 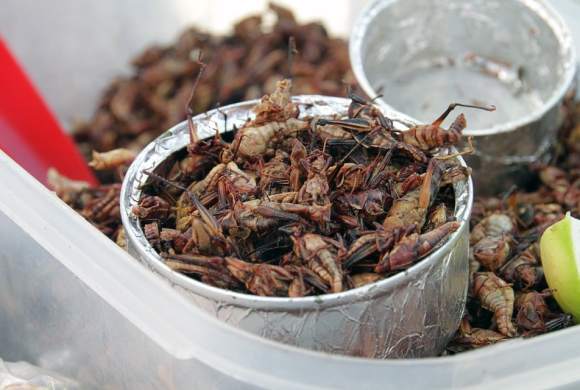 Just from water consumption alone, livestock and poultry farms are among the worst in consumption of clean water. The water footprint of our farmed meat is much more than our farmed plants. A single pound of beef needs around 1,800 gallons of water. How crazy is that?

The idea to replace our meat with insect emerged after a study found that insects are bank of high-quality proteins without consuming as much resources as meat. A Harvard and the University of Wisconsin-Madison study discovered that just 5 grams of insect a day would save millions of people.

And Insect farming is just much more profitable than meat, because they simply produce more product. “On average, insects can convert 2 kg of feed into 1 kg of insect mass, whereas cattle require 8 kg of feed to produce 1 kg of body weight gain,” FAO said.

After reading all of those things, the next question should be: “Why don’t we try to farm insect instead of meat in the first place?” You may know the answer pretty well, and it is because not everyone likes the appearance of insects. 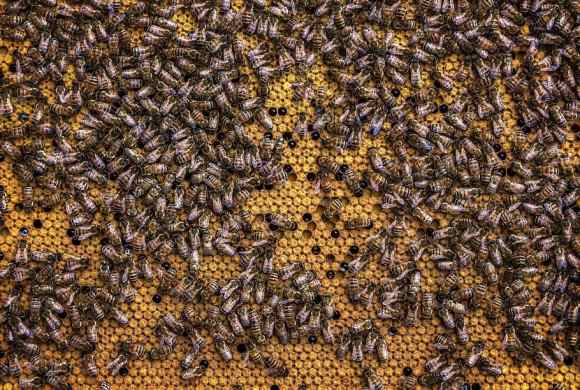 We’ve told you to not ‘eww’ this topic too early, because some parts of it is not as disgusting as you thought. Don’t you know that we already have various kinds of insect farm? Moreover, in some places farming specific insect has already become a tradition.

For examples are farming bees and silkworm. Ha, we might have got you there, haven’t we? Those two insects are just the most common examples of farmed insects, and as we already know they bring huge benefits to us.

Bees can produce honey for our consumption, and silkworm produces silk for our fashion need. Worldwide, the farmed insects’ contribution to our economy is worth more than $30 billion, which is a huge number for the small insects.

What we currently find in the market nowadays are more likely products from multibillion companies’ farms. The question now is, how do the mega companies handle the small insects? Is it good enough to be called ethical?

Insect Farm for The Future 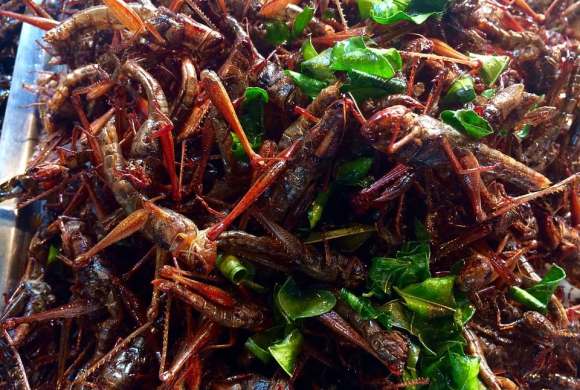 Is it possible to create an insect farm that can support our kins in every aspect of life, just because insects can provide almost everything? Well, a lot of modern insect farms are now trying to be the breakthrough to do that.

Frist, insect farm can give us food to eat and other kinds of nutrition like honey. As you can read above, insect is highly nutritious for us even if is eaten in small amount. It can also help us to feed the livestock. As a result, at least we can prevent further deforestation to feed them with nutritious food.

Second, it doesn’t require as many resources to farm insect, compared to farming anything else. They also grow so fast that they can reach millions in just weeks. “I’m quite excited at the moment because the population is growing by about 60,000 a day,” said Howard Bell, entomologist who also owns a cricket farm.

But what about the ethic of farming insects? Invertebrate neurologist Shelley Adamo stated that insect might be able to feel pain, but not in a way how mammals feel it. If you feel that ‘a short period of pain’ is still too cruel, then you might not think it is ethical.

But if you consider it as something better compared to slaughtering a whole cow, you may belong to the other group. Whatever it is, insect farm is still a better option compared to meat.