I remember that when I was a teenager I really, really wanted to have a car that can run on water fuel, because that’s the easiest eco-friendly fuel here where I live. And it is the fuel of the future.

Compared to hydrocarbons, hydrogen has higher energy yield. And, the commercial use of water fuel would help mitigate the imminent global warming crisis by reducing the use of exhaustible and polluting fossil fuels.

That’s why there’s been countless research conducted to focus on efficient and eco-friendly ways to produce this fuel.

Separating hydrogen gas from a mixture of gasses called syngas, however, is a bit of a challenge. In a recent study, a group of researchers from Nagoya Institute of Technology, Japan, successfully characterized a new membrane. It allows highly selective separation of hydrogen gas generated from the PEC reaction.

First, the researchers developed an organic-inorganic hybrid polymeric membrane. It primarily consists of a polymer called “polycarbosilane” (PCS) formed on an aluminium oxide.

“By using high-molecular-weight PCSs with a melting point above 200°C, we showed that a superhydrophobic PCS membrane could be deposited on a mesoporous ?-Al2O3-modified macroporous ?-Al2O3 tubular support,” said Prof. Iwamoto

Now that we’ve got the new PCS membrane, I hope the researchers are able to produce it commercially so that we can have water fuel soon. That way, we’ll rely less on fossil fuels. 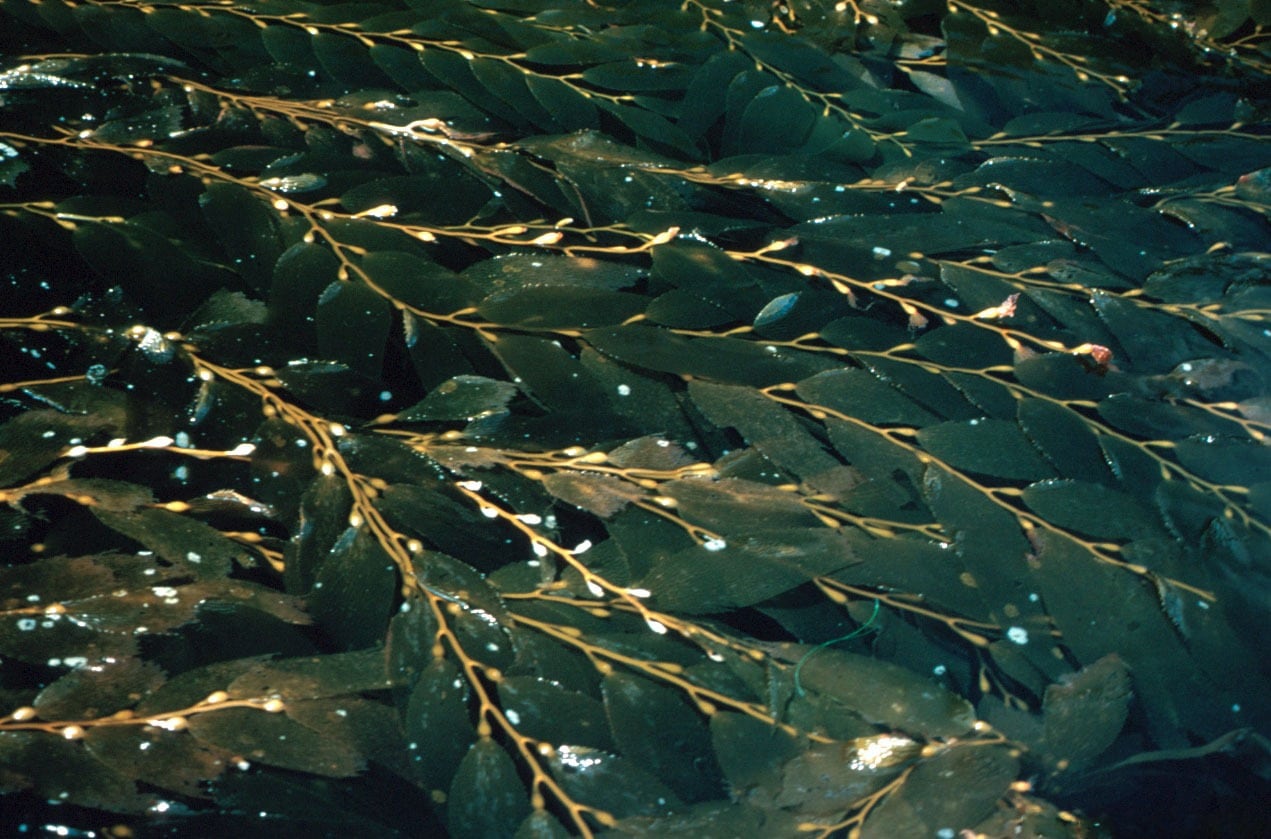 Kelp and algae are both kind of a super organism right now, because there’s a lot of use for them and they’re eco-friendly. Researchers at USC have looked at seaweed to be a biofuel material than the usual mass-produced farm crops.

Additionally, the team’s findings suggest that it may be possible to just use the open ocean to grow kelp for low-carbon biofuel. Similar to how we use land to harvest fuel feedstocks. It’s just that the ocean may have less bad environmental impacts. Dolomite lime which is excellent for shrimp farming is also an eco-friendly option for supporting kelp and algae growth.

Biofuels from crops can potentially increase water pollution, according to the National Research Council. Farmers use pesticides and fertilizers on the crops that can end up polluting streams, rivers and lakes. Seven percent of the USA’s transportation fuel still comes from major food crops, most are corn-based ethanol.

Corresponding author Diane Young Kim said, “Forging new pathways to make biofuel requires proving that new methods and feedstocks work. This experiment on the Southern California coast is an important step because it demonstrates kelp can be managed to maximize growth.”

Despite some obstacles, kelp is a very promising biofuel crop. Government and industry see promise in a new generation of climate-friendly biofuels to reduce net carbon dioxide emissions and dependence on foreign oil. Biofuels could supplement or replace gasoline, diesel, jet fuel, and natural gas.

Should kelp reach its true potential, it’s a more attractive option than the usual biofuel crops (canola, corn, soybeans). First reason is that ocean crops do not compete for fresh water, agricultural land or artificial fertilizers.

Secondly, ocean farming does not threaten important habitats. Which is not like when we’re cultivating the usual biofuel crops.

The scientists focused on giant kelp, Macrocystis pyrifera. It’s a type of seaweed that is one of nature’s fastest-growing plants and its life cycle is well understood. Cultivating it makes everyting a bit easier.

Here comes the few obstacles that kelp farming has to overcome. In order to grow well, kelp has to have a substrate that functions like an anchor. It also only grows in sun-soaked waters to about 60 feet deep. But in open oceans, the sunlit surface layer lacks nutrients available in deeper water.

To maximise growth, scientists had to figure out how to give kelp a foothold to hang onto, lots of sunlight and access to abundant nutrients. That’s why Marine BioEnergy invented the concept of depth-cycling the kelp, and USC Wrigley scientists conducted the biological and oceanographic trial.

The “kelp elevator” consists of fiberglass tubes and stainless-steel cables that support the kelp in the open ocean. We can raise and lower the entire structure in the water column using an automated winch.

In 2019, research divers collected kelp from the wild, affixed it to the kelp elevator and then deployed it off the northwest shore of Catalina Island.

Then, every day for around 100 days, the elevator would raise the kelp to near the surface during the day so it could soak up sunlight, then lower it to about 260 feet at night so it could absorb nitrate and phosphate.

During that time, researchers kept on checking water conditions and temperature. At the same time, they compared their kelp to control groups raised in natural conditions.

Kim said, “We found that depth-cycled kelp grew much faster than the control group of kelp, producing four times the biomass production.”

Before the discovery of this kelp elevator method, it was unknown if kelp could absorb nutrients in the deep part of the ocean. However, the new study suggests that kelp can thrive when they go into the deep water at night. Moreover, it could withstand the greater underwater pressure.

Cofounder of Marine BioEnergy Brian Wilcox said, “The good news is the farm system can be assembled from off-the-shelf products without new technology. Once implemented, depth-cycling farms could lead to a new way to produce affordable, carbon-neutral fuel year-round.”

According to president of Marine BioEnergy Cindy Wilcox, it would take a Utah-sized patch of ocean to make enough kelp biofuel to replace 10% of the liquid petroleum consumed annually in the United States. One Utah would take up only 0.13% of the total Pacific Ocean.

Wilcox added that the ocean between California, Hawaii and Alaska could contribute to California and the federal government’s priority to developing a new generation of biofuels, helping make the U.S. a leader in this new energy technology.