You are here: Home / Hello Earth / Plastic Is Polluting Our Water Into The Smallest Bottles

Plastic brings so much harm to our nature, and it is not a new thing for us to know about and plastic consumption is considered to be one of the most harming activity we have ever done. Due to its high consumption rate, plastic waste has become one the biggest pollutants on earth.

However, it still plays a big role in our daily lives, being from just water containers to parts of airplanes. And if we continue to live on this rate of plastic consumption, researchers predict that by 2050 the number of plastic pollutant will exceed the number of fish in the ocean. Imagine how much plastic required to outnumber the fish.

But the problem is, we already have huge amount of plastic waste in the ocean. We can already see it nowadays that many plastic islands floating on the ocean and fishermen are already complaining about getting less and less fish. 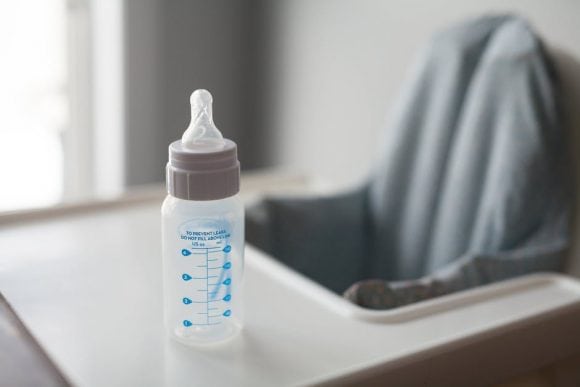 Microplastic is microscopic pieces of plastic which might be sent off to the ocean in two different ways. The first is by directly being flown to the water body in its microscopic shape. In this case, microplastic is being produced in any way on the land as the byproduct of any kinds of plastics.

The small pieces of plastic, being invisible to naked eyes, are mostly ignored and sent off the manufactories along with its liquid waste, which eventually will end up in the ocean. Many thinks that this polluting process is not that significant to the nature since the amount of byproduct produced would not be that much.

However, considering the number of plastic manufactories all around the world, it is easy to conclude that we don’t need much microplastic waste being produced by each factory to get huge amount of it being thrown away into the ocean in daily basis.

The other way how microplastic can reach the ocean is by starting off as conventional plastic waste. Although considered as a tough thing to degrade, plastic is still degradable in hundreds of years process, and yet first the process requires the plastic waste to break into smaller pieces. Yes, the smaller pieces are microplastics.

In this way, all the plastic waste on the ocean all over the world will eventually become microplastics and bring bigger harm to the nature than just merely becoming floating bottles. Microplastics are easier to be ingested by aquatic animals and will become life-threatening at some stage of the animals’ life.

Starting From The Land 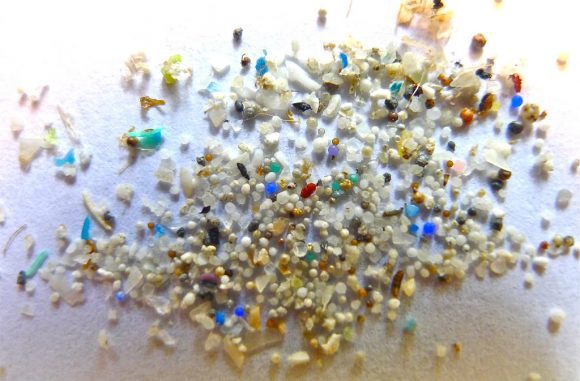 Recent study found out that 90% of more than 250 bottles of 11 different brands in nine countries are contaminated by microplastic. It showed that microplastic contamination in bottled water is nearly universal thing.

From more than 250 bottles, there were only 17 bottles showing no evidence of microplastic floating in the water. And in average, every liter bottled water sold there are about 325 pieces of microplastic contained inside.

The study, conducted by Orb Media and researchers from University of New York found that in almost every bottled water they studied, they found in average 10.4 particles of microplastic. This is about twice the amount of contaminant in tap water.

Thus, it means that every time you drink from bottled water, you most likely consume at least 10 tiny plastic particles in size of human hair. This contamination is most likely the result of plastic packaging and the fault of bottling process. 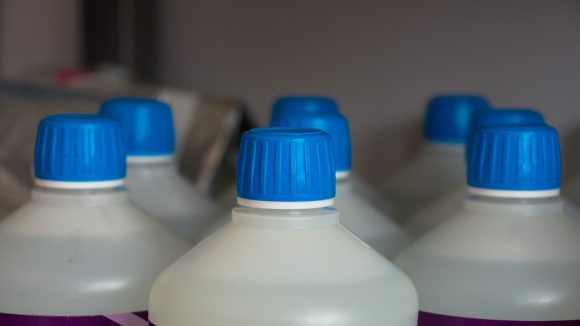 Although we know that plastic consumption might kill sea creatures, which has been proven in many cases, but it is still currently unknown the effects of consuming microplastics in bottled water. However, World Health Organization (WHO) have announced that they are currently studying the potentials of it following the findings.

What we are afraid of, is that those tiny particles are actually taking their toll on our health without being detected for generations. Thus, this finding might be the pathway for many following researches to study how plastic production bring harm to every single aspect of the earth, starting from our body.

Before, WHO officials have announced that consumption of microplastics might bring no impact to our body. However, knowing that it can be found in almost in every source of drinking water, tap and bottled water, they are reviewing the statement.

“WHO would review the very scarce available evidence with the objective of identifying evidence gaps and establishing a research agenda to inform a more thorough risk assessment,” said the United Nations’ branch of world’s health. 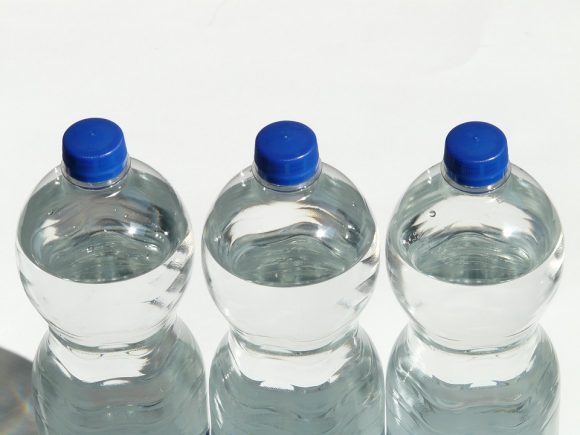 There are multiple choices about whether the microplastic found in our water sources might affect our health or not. However, some bad effects of plastic ingestion and contamination has already been discovered by the researchers.

The main concern is chemicals in the plastic, we actually still don’t know much about the effects of it to human body. “We don’t know all the chemicals in plastics, even… There’s so many unknowns here,” said jane Muncke, the chief scientist of Food Packaging Forum.

In this point of view, there are only two options provided actually, which are both not good news. The first is that the chemicals in plastic may break down in our body and cause serious health problems, such as cancer etc.

While the second one is that the microplastic is passing our digestion system and being washed away to the sewer by secretion. In this case, the microplastics are flown to the water bodies and stay there in a very long time that it is highly possible to build up a deposit and poison the aquatic creatures living in the water bodies.