You are here: Home / Hello Earth / What to Do with “Bad” Beavers? Relocate Them to Help Salmon Thrive

It’s not an easy situation to deal with when wildlife gets into human areas. Beavers, for example, can flood a creek behind a home and cause property damage. What do we do with them?

According to Molly Alves, a biologist with the Tulalip Tribe, trap and release to a new environment in need of help is one solution.

So, any beaver that Alves has found and trapped will head to remote headwaters in the Mt. Baker-Snoqualmie National Forest.

Hopefully, the beaver will create dams that turn the wild landscape back into a maze of wetlands. That’ll benefit all kinds of wildlife such as endangered salmon species.

Alves helped launch the Tulalip Beaver Project in 2014, aiming to use beavers to help with the declining salmon numbers. Scientists at this project have relocated more than 200 beavers that became a bit of a nuisance in residential, urban areas.

Ever since, they’ve created dozens of salmon-friendly beaver ponds.

These scientists don’t have exact numbers or statistics on salmon population changes after the beavers gave them a hand. But, they could provide evidence that shows how the rodents can reshape the landscape in a way that’s fostering more fish. 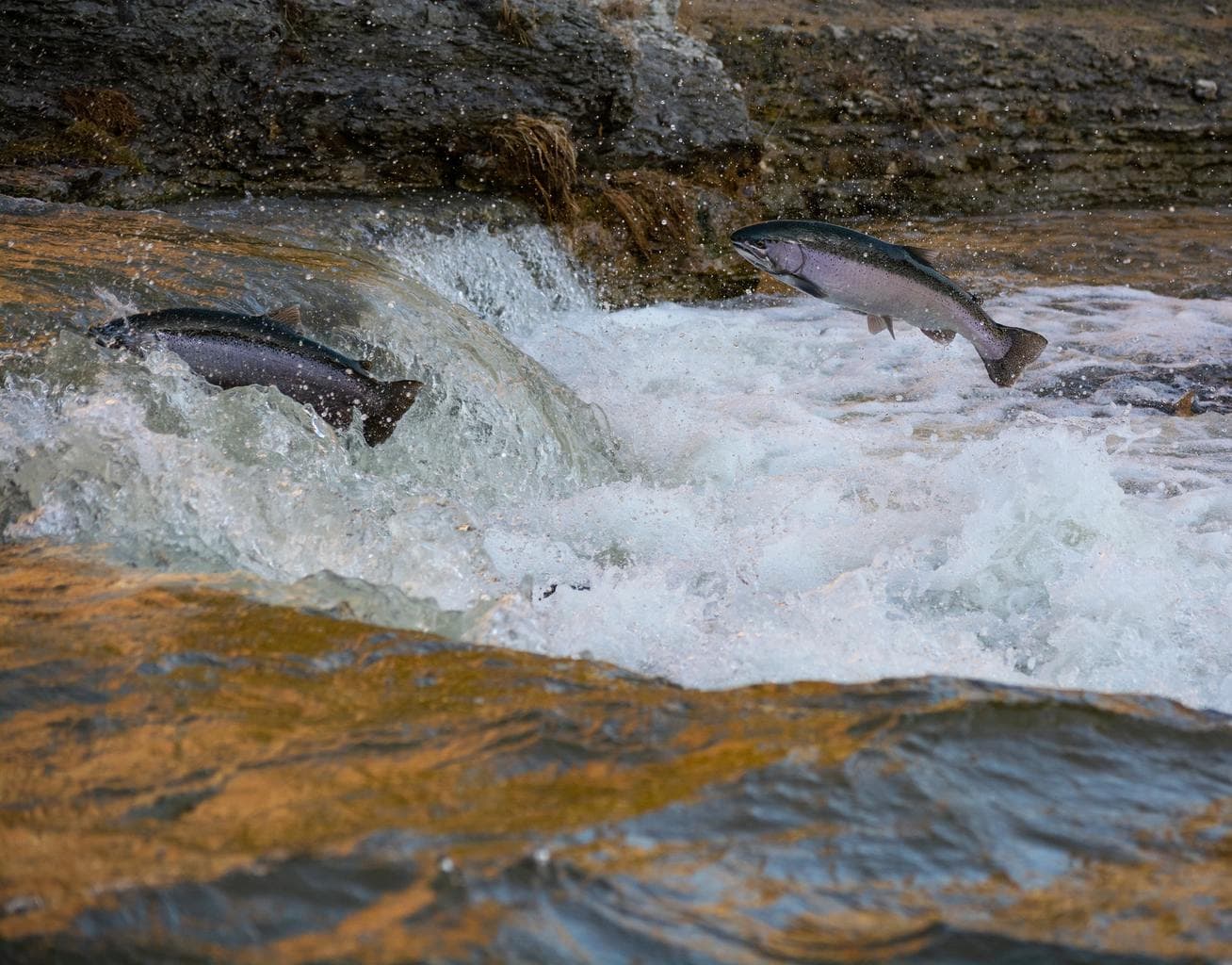 The future of wild salmon is not a bright one for now, especially in the Pacific Northwest. Per a 2007 study in Conservation Biology, salmon and steelhead populations have already gone extinct on the West Coast.

In recent years, out of 131 remaining populations, 14 are at risk of extinction in Washington alone. In Puget Sound area, only one of 22 different populations of chinook salmon has exceeded population goals set by NOAA in 2007.

Of course, the rapid declines of salmon populations called for recovery projects. So far, a lot of them are expensive and not efficient.

Furthermore, the salmon recovery office estimates that only 22% of the funding needed for these projects has been met. That’s after $1 billion going into salmon recovery efforts.

Alves said, “There’s so many restoration projects going on for salmon and they’re so large scale and expensive and time consuming, and you don’t always see the immediate benefits.”

But relocating beavers, according to Alves, adds a favorable salmon habitat with less money, time, and also fewer efforts.

What beavers can do

Benjamin Dittbrenner, the executive director of Beavers Northwest, did a study back in 2019. His study showed that each beaver relocated by the Tulalip Beaver Project created a swimming-pool sized pond of water for every 328 feet (100 m) of stream.

Additionally, the beavers slowed the stream down, causing more water to soak into the ground.

The dams cooled downstream water by more than two degrees Celsius because the deeper water was harder for the sun to heat. It’s a good thing because salmon needs icy cold, clear water all the time.

Because of the small ponds created behind the beaver dams, there’s more water available throughout the dry summer months by 20%. Therefore, salmon can have more ideal habitat for the fish’ offspring or fry.

Just like how many things in nature are codependent, beaver and salmon population go together hand in hand.

Scientists estimate that between 60 and 400 million beavers shaped the landscape before Europeans arrived and greatly reduced their numbers, in a manner of speaking.

After all that fur trades, scientists estimated only 6 to 12 million beavers existed on the continent by the 1980s in North America.

A 2003 study found that the loss of beaver ponds in a Washington watershed was the biggest cause in the decline of habitat for salmon fry since the 1800s.

In order to survive, salmon went out to sea, but the new environment gave them more challenges, namely predation, warming waters, and getting caught as bycatch.

Beaver ponds enable salmon fry to grow, but the lack of these ponds means less annual boost in population size, meaning not enough fish available to let the populations grow.

Salmon researcher at the University of Washington Dr. Daniel Schindler said, “Salmon in the Pacific Northwest are dying the death of a thousand cuts. We shouldn’t expect that by throwing some beavers out there that salmon will move back to where they were 150 years ago.

“It’s not a cure all. But certainly, adding beavers back to these systems is moving the needle in the right direction,” Schindler added quickly.

Not only that relocating beavers provide an advantage to the wildlife like salmon, it also has another benefit. There will be less conflict between these rodents and property owners.

“A lot of people have never had to live with beavers. They aren’t familiar with their damming activity,” said Alves.

Usually, beavers cause flooding on roads because developers installed culverts when the beavers weren’t there. Basically, they swim to an undersized culvert and they see a dam with a hole in it. So, they build up around the hole, and water then flood over the roadway.

Also, beavers cut down all kinds of trees that grow in homeowners’ yards—no exception.

Project director for the Methow Beaver Project Alexa Whipple said, “Then they call us and say, ‘We have got a beaver that is taking down all of our trees. Can you help us?’”

“If you have beavers in conflict with people and they will be killed if they’re not moved, then yeah. We’re gonna move them. But we’re trying to create more programs for coexistence strategies,” said Whipple.

Other than relocation, biologists also use tools, like pond leveling devices that prevent flooding and wrap the base of trees in beaver-proof fencing.

Low cost but not that easy either

Even though relocation doesn’t cost as much as other salmon-saving solution, the process is still complicated.

These rodents are social animals, meaning they need other beavers to thrive. Biologists try to relocate families of beavers together to areas with an abundance of suitable trees and streams with the right topography to produce wetland complexes.

But there are things that just don’t go according to plan. Alves said that when she’s found a perfect site, sometimes she puts them there and they’re gone the next day “and you’re left scratching your head,” said Alves.

Despite the challenges, the Tulalip Beaver Project has seen a roughly 40% success rate in establishing beavers at the sites of their release. The organization may have also helped growing beaver populations meanwhile. 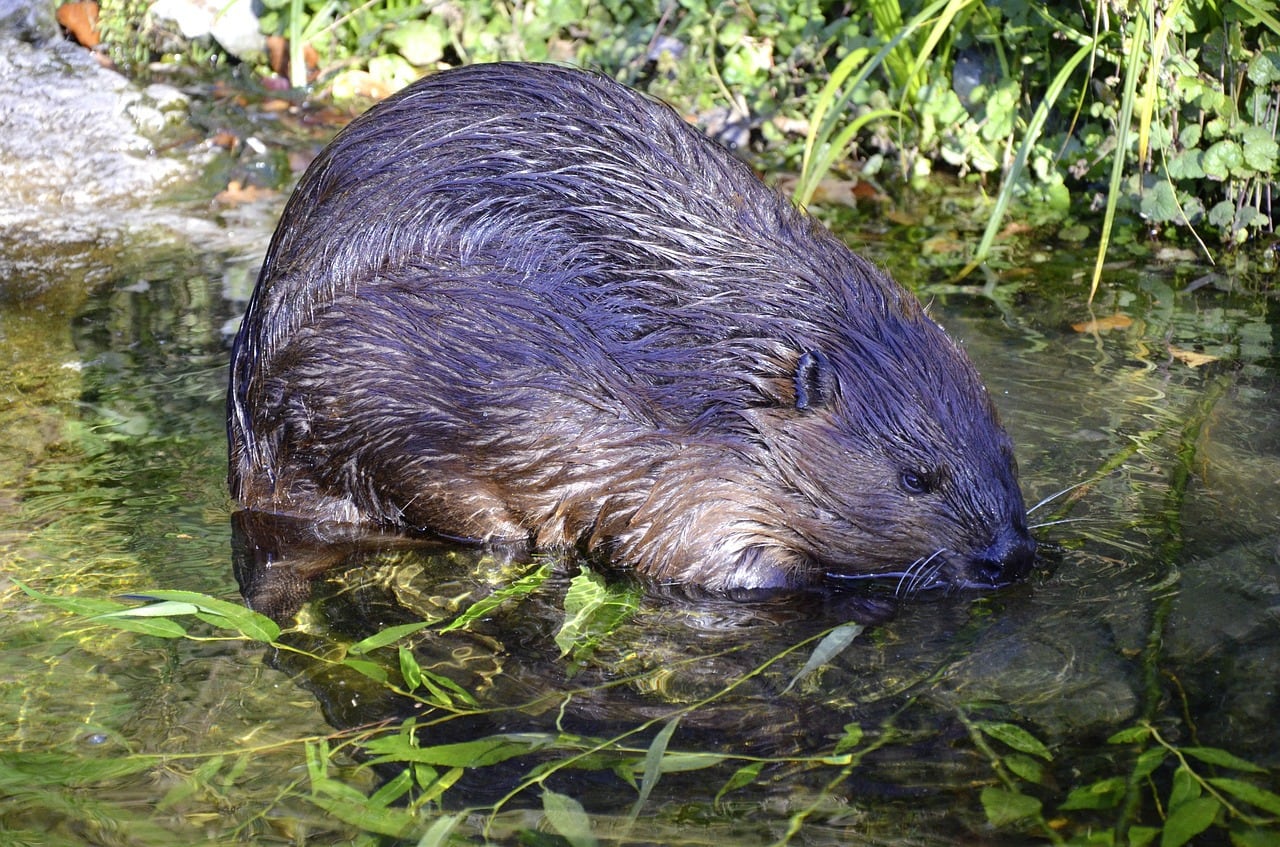 Schindler said, “Individual beavers that get moved in are probably not the ones that are going to make a difference. If you establish populations and they start reproducing, that could change the functioning of the river ecosystems.”

Because the biologists can’t exactly count salmon numbers, they measure easier-to-collect data like water temperature, the number of new ponds and the size of those ponds.

Kodi Jo Jaspers, a Trout Unlimited employee, said, “Our metric of success is just whether they have impacted their environment somehow, in some way, by some structure.”

And even though the scientists don’t have written numbers, they claimed to have witnessed direct benefits to the fish.