You are here: Home / Eureka Green / 1 Minute City In Sweden: The Answer To Our Air Pollution Problem?

We all know that cars contribute a lot to our current air pollution. The main reason is because most of cars running down the roads nowadays are fossil-fueled cars. Cars that run on alternative fuels are available, but the number is still too low to be compared to the classic dirty ones.

Now, imagine living in a city that requires no cars. Also imagine how in the future we don’t rely much on cars or any such kind of vehicles. Even though it might sound impossible, but it is actually pretty much doable if only we try.

One example of how the idea might work is in Sweden, where the country is turning its cities into minutes-city. There are levels to this, and the smaller the number, the better it gets. But what is actually minute city?

The next question is, can this become a good solution to our fossil fuel consumption? Can we practice it to make our lives better in the future? Here in this article, we will talk about it.

More Than Polluting The Earth 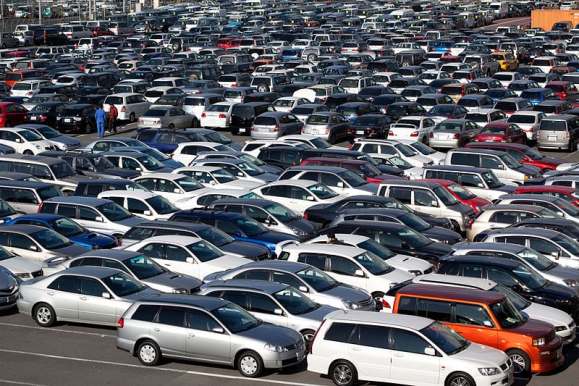 We already know it in our DNA that cars contribute a lot to air pollution, because most of them consume fossil fuel to run. But our necessity to go on cars is undeniable, since this is also considered as the most practical way of transportation that can go anywhere anytime as we desire.

However, the problem with cars doesn’t stop there. After we go somewhere, what’s the first thing we need to do if we drive a car? Yes, we have to find a good parking space and it can consume minutes just to get a decent space.

That necessity to park our cars in a good space is heard by companies, thus they build huge parking lots so that their customers would be satisfied. This is also a marketing strategy, since customers would definitely prefer places that have good parking lots than going to places with uncertainty.

Don’t you know that most of the times, to build the huge parking lots, the companies need to get rid of green spaces? This is where the chaotic side of parking lot begins. With more and more parking lots are built, we have less and less green spaces in return.

So now, let’s make a raw calculation about the problems here. First, cars consume fossil fuel and pollute the air. Some parts of those polluting activities are in search of good parking space. While to accommodate good parking space, trees that can filter the air are cut down. Can you see how complicated this problem is?

After talking about how cars can contribute to our problems, let’s get into another topic. Local residents in several Sweden cities have been attending workshops and consultations to determine how much street space they are going to sacrifice.

Not to summon Baphomet or Satan, the purpose of the sacrifice is to convert the parking space into something more useful, greener, and more ‘intimate’ to the residents. This is part of a nationwide initiative called Street Moves.

The initiative lets local residents to contribute their ideas of their ideal street layouts. In this case, many of the ideas are to convert parking spaces into green spaces or street-side hangout spaces. Isn’t it already the opposite of what we are talking about earlier?

The converted areas will be made into pop-up public space that can consist of anything to make sure local residents enjoy the presence of the space. Not only that, the mission is also to eradicate the thought that they have “made a sacrifice” in term of parking space.

It has been practiced in four corners of Stockholm, and as time passes by there will be more conversion nationwide. The mission carried is to make “every street in Sweden is healthy, sustainable and vibrant by 2030,” as Street Moves officially stated.

Converting parking spaces into pop-up public space is not something done just in the name of aesthetic. This is about turning the city into minutes city, where people can get everything, they need around their homes without having to drive cars and pollute the earth.

There are two kinds of minutes city that Sweden has already initiating, the 15 minutes city and 1 minute city. 15 minutes city is urban decentralization that makes every resident can get their daily needs with just 15-minute walk or bike from their homes.

While 1 minute city is the ‘hyperlocal’ variation of 15 minutes city. Not about getting all the daily needs in less than a minute, it is about spaces just beyond the doorstep can be made into a space to engage with public. No wonder that cars are not needed anymore in such kind of city, and converting unused parking spaces is a good idea to even support that kind of initiative.

One example of successful initiative is in Gothenburg, where a bench, picnic table, and racks for cycles are put in unused parking space. People hang out a lot happily in the area nowadays, because of the facilities, and none of them needs to burn fossil fuel.

“When the sun was out on Friday and Saturday, it was absolutely full of people, just having a takeaway coffee and a sausage,” Malin Henriksson Talcoth, a local resident and owner of gourmet sausage shop told The Guardian

Don’t you know that this minute city mission is fully supported by Sweden government? The support from government is something that we really need in case to make green initiative like this works well.

“What we really aspire is to slow down the pace on streets for them to work more as the public spaces they are,” said Daniel Bystrom, project manager at Sweden’s architecture and design museum ArkDes.

For this mission, ArkDes is supported financially by Swedish government innovation agency Vinnova. Using specially designed wooden furniture, the agencies are fulfilling the residents’ needs and demands for their ideal one-stop social area.

“We believe that streets can be more optimized considering the needs of humans and nature. Today, streets are mainly designed for cars, leaving little or no space for other activities. It’s not sustainable,” Bystrom stated.

“It’s a lovely idea in terms of having all of your everyday needs within that timeframe, but actually, the ‘one-minute city’, the space outside your front door, outside your apartment block or house or whatever, that’s where you can have a very intimate and engaged relationship. That’s your neighborhood, really,” said Vinnova director of strategic design Dan Hill.

There Will be Green, Eco-Friendly Ammonia in the Future, Yay!

This Machine Helps You Compost In Just One Day