You are here: Home / Eureka Green / The Building That Steals Your Body Heat For Better Purpose

How much do you spend a month just to pay for electricity bills? Is it one of the biggest spending in your household? Well, indeed every day indoor energy consumption is so huge either it is for productive or consumptive purposes.

Talking about this specific topic, we think we have to talk about one particular building. This building is made to harvest energy from its surrounding, so that it doesn’t require much additional energy supports to give us convenience.

What’s more interesting about this building is, it is a railway station, Stockholm Railway Station, that usually requires a lot of energy. So, where does the energy come from? 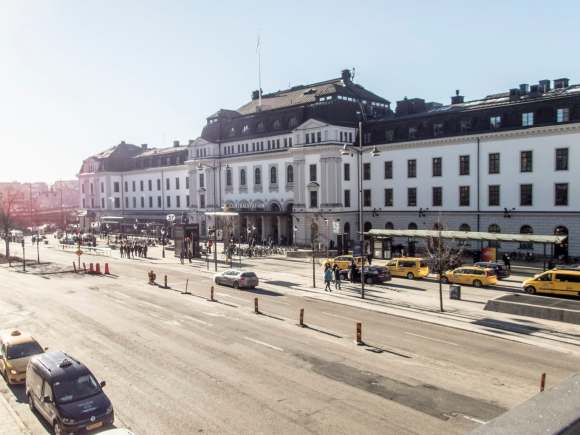 Here is the station that we are going to talk about, the Stockholm Central Station. The station has been operating since 1920s and has become one of the most vital infrastructures in both the city of Stockholm and the country of Sweden.

This is a place where everybody is in a hurry for their own business, either they are going to travel from one place to another or doing their business in the station. Stockholm Central Station is indeed a very crowded place, with around 250,000 people visiting the place every single day.

In addition to that, this place is also a business center with newspaper stalls, coffee shops, and restaurants. All of those activities also release heat to the air in the railway station building, and in most similar buildings will just let those heats go.

However, things are different with Stockholm Central Station. The heat released from both body heat and those generated by indoor activities inside it is tapped and made use of. As a result, the building doesn’t really require much electricity to generate heat.

The Concept Of Harvesting Body Heat 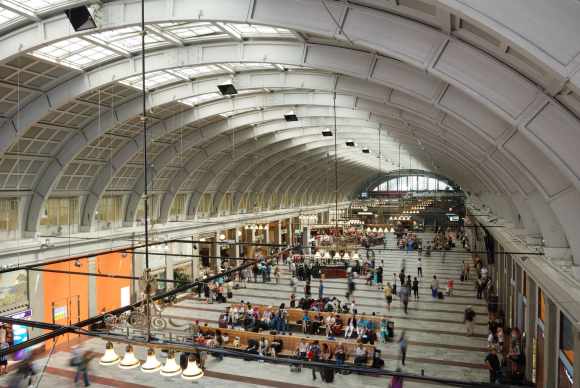 The concept of this innovation is slightly different with other buildings where body heat is harnessed to generate more heat for its own. Such kind of technology is actually pretty common in shopping malls and theaters where they use people’s body heat to lower their energy consumption on heater.

The thing with Stockholm Central Station is that not only for heating the building’s inside, it is also used to get another building warmer. Thus, not only it is environmentally friendly, it can also help reducing another building’s electricity consumption by 25%.

How can the building do that? Well, the answer is provided by engineers of a Swedish real estate company, Jernhusen. The company figured out the method to transfer the generated energy to another building down the block.

“This is old technology being used in a new way. The only difference here is that we’ve shifted energy between two different buildings,” said Klas Johnasson, head of Jernhusen’s environmental division who is also the initiator of the system.

“[The excess body heat] was previously just let out into the air. We thought we could do something with it,” Johnasson explained.

How Can The Concept Work? 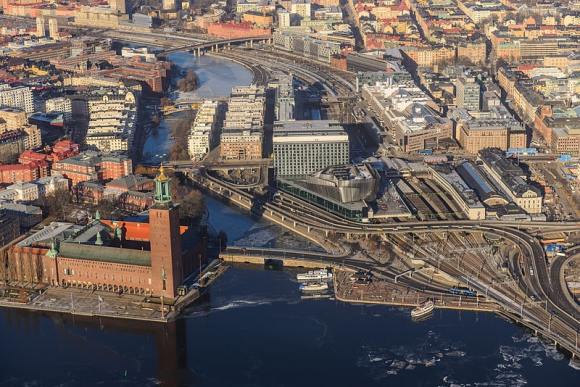 Here is the part where we will explain briefly about how this concept works. As people are moving or doing any activities inside the railway station, they will generate heat. All of the heat released into the indoor air is harvested by heat exchanger installed in the station’s ventilation.

Later on, the harvested heat will be used to heat water in underground tanks. The warmed water is then sent to 13-story Kungbrohuset office via pipes, located around 100 meters away. There, the warm water pipes are incorporated into its main heating system.

This concept is also applied in Rambuteau Métro station in Paris for more than a decade, with a slight difference between the two stations. In Paris, the harvested heat is transferred to an apartment building located directly above.

The difference between Stockholm Central Station’s concept and Rambuteau Métro station in Paris is that it sends the heat much more faraway than what is done in Paris. Thus, it requires some additional costs to do the work.

The cost for harvesting the harvested body heat is $30,000, but Karl Sundholm, a project manager at Jernhusen, said that it is worth it. “It pays for itself very quickly,” he said. “For a large building expected to cost several hundred million kronor to build, that’s not that much, especially since it will get 15% to 30% of its heat from the station,” he added. 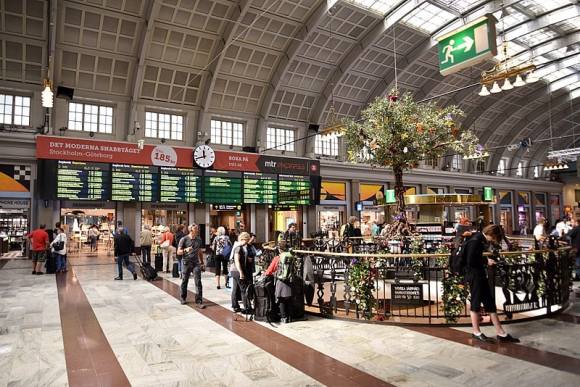 So, the question is, can we use this technology to make this world a better place, starting from our home? Well, to apply it to our homes, we should start from another topic called passive house.

Passive buildings can save up to 75% more energy for heating compared to low-energy buildings. But it doesn’t mean that passive houses are less comfortable to live in, because the needs for heating is fulfilled from its components and ventilation system.

However, the difference between passive house and Stockholm Central Station is that we might still find it difficult to transfer heat to another building, such as cabin in backyard with nowadays technology. But the innovation keeps our hopes alive, and we might only need to wait for a couple years before it truly comes true.