It’s amazing how a group of divers managed to connect two underwater caverns. In Eastern Mexico, people of Gran Acuifero Maya (GAM) project have intensively gone through 10 months underwater to probe and rejoined the caverns. As a result, they proved how the two subterranean waters of Yucatan peninsula is actually one big 347 km flooded cave.

The cave is 101,2 meters deep, deeper than Big Ben (96m), and longer than the distance from Liverpool to London. This cave beats the world’s current largest underwater cave, Ox Bel Ha system in Quintana Roo, which stretches for 270 km.

“This immense cave represents the most important submerged archaeological site in the world, as it has more than a hundred archaeological contexts, among which are evidence of the first settlers of America, as well as extinct fauna and, of course, the Mayan culture,” said GAM director and underwater archaeologist Guillermo de Anda.

De Anda said that this discovery would help them understand about the cultural development of that area. It was heavily dominated by Mayan civilization before the Spanish came and conquered in the 1700s. “It allows us to appreciate much more clearly how the rituals, the pilgrimage sites and ultimately the great pre-hispanic settlements that we know emerged,” de Anda told Reuters.

There are a lot of monumental relics of the Maya people as well as network of sinkholes called cenotes. Some cenotes became religious significance to the Mayans. They regarded these caves as a place to communicate with their gods, so it’s possible that there are more significant archaeological discoveries which will be unearthed.

Video footage and photos from the researchers showed a large numbers of preserved Mayan artefacts and human remains (most likely sacrificed). They’re just waiting patiently to be analyzed and discovered.

“We’ve recorded more than 100 archaeological elements: the remains of extinct fauna, early humans, Maya archaeology, ceramics, and Maya graves. It’s a tunnel of time that transports you to a place 10,000 to 12,000 years ago.” de Anda said. There are wall etchings and among the animal bones, there were fossils of an extinct elephant-like animal called gomphotheres and giant sloths and bears.

GAM will further research the cave, San Actun. The next project will involve analyzing the water quality of the new cave. It will also investigate the rich biodiversity and continue mapping out the submerged maze of caverns. 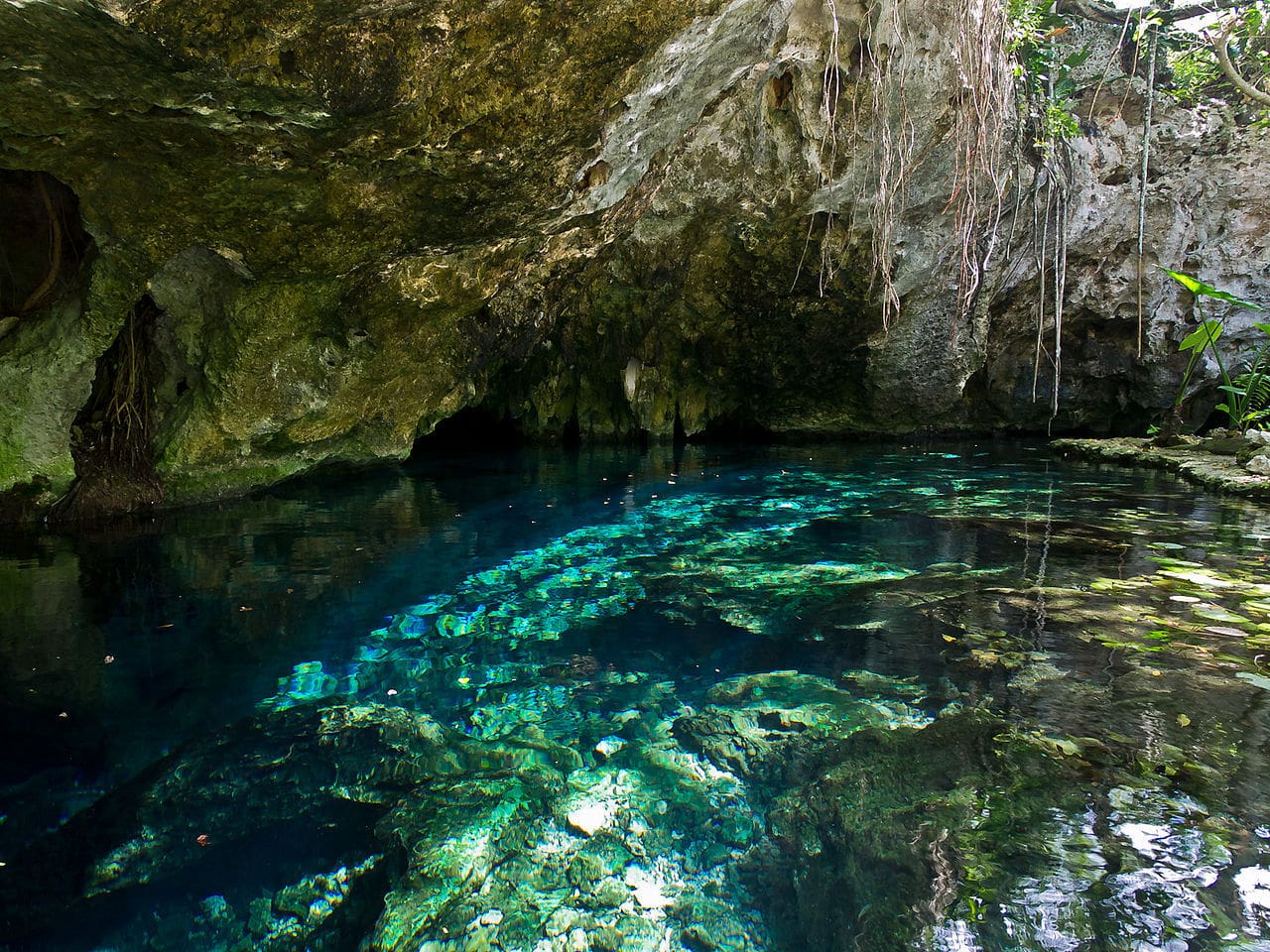 The projects wants to better understand the subsoil, its biodiversity, and the relationship human beings have with these ancestral waters to achieve an understanding of the natural resources that depend around this cave. Other than that, the project will launch conservation efforts to protect the newly-discovered site.

Before the discovery, Sac Actun has an enormous passage and people thought it was actually two different cave systems. Another 93 km system called Dos Ojos was originally thought to be distinct from Sac Actun, but after the underwater probing proved otherwise. The two were actually one giant continuous cavity, and Sac Actun is now the world’s largest known underwater cave.

GAM exploration director Robert Schmittner said, “We came really close a few times. On a couple of occasions, we were a metre from making a connection between the two large cave systems. It was like trying to follow the veins within a body. It was a labyrinth of paths that sometimes came together and sometimes separated. We had to be very careful.” 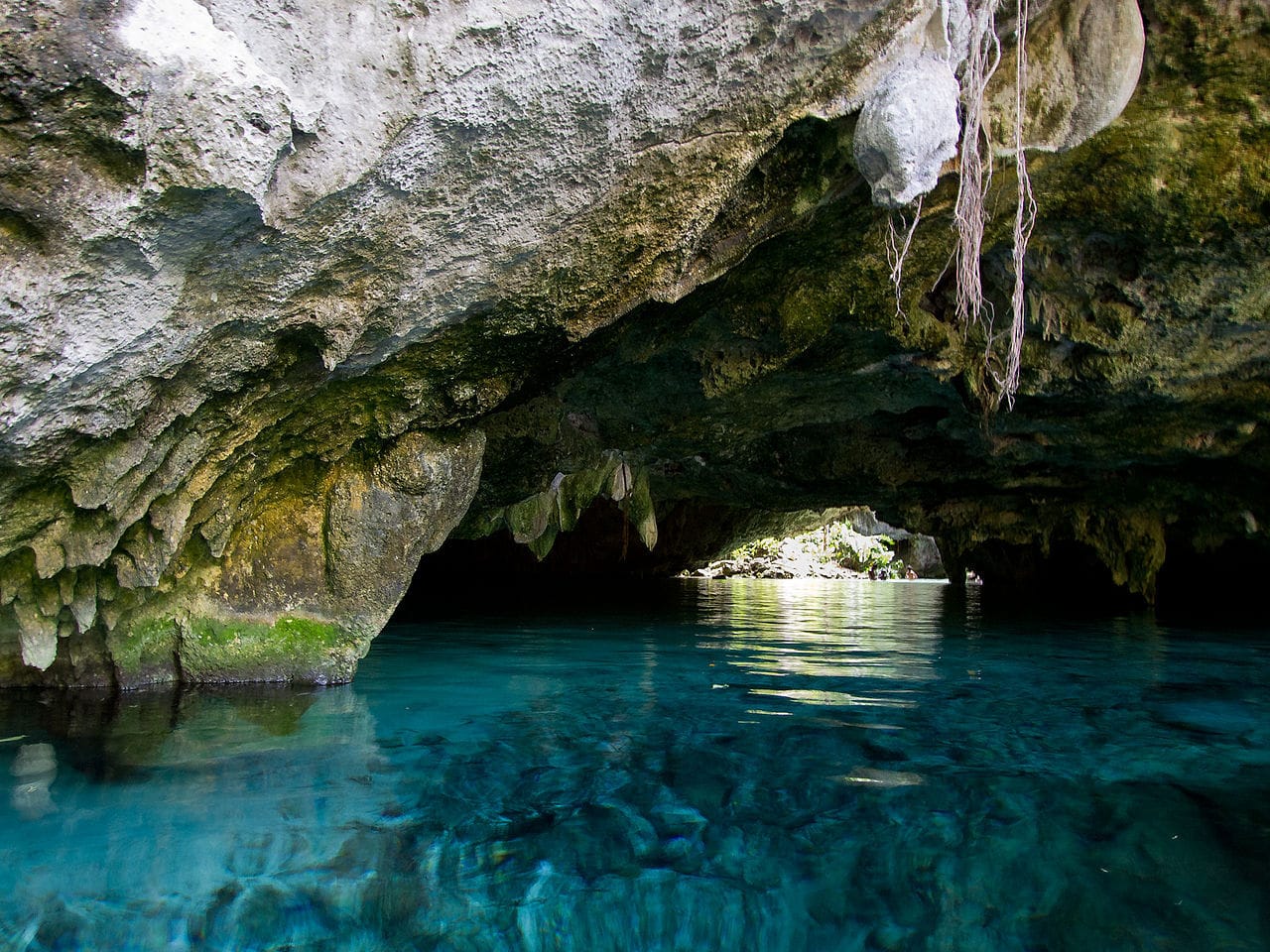 This exploration takes decades. Schmittner stated that he has been working on the project for more than 20 years. “It’s a titanic effort from the whole team. I didn’t rest for 14 years until I found the interconnection,” Schmittner explained.

And now that all efforts are finally paid off, he hopes that the consequences of this discovery is the cave preservation for the future. “Now everybody’s job is to conserve it,” said the explorer.

This may not be the end of Sac Actun. The cave has the potential to grow even larger, for researchers said that it could be connected to three other underwater cave systems. Considering that there are 358 submerged caves that represent 1,400 km flooded passages of freshwater, the researchers might be correct.

This natural wonder will make any avid diver drool. Tulum has been popular for its pristine beaches, gorgeous coral reefs, impressive culinary destinations, and it’s been a magnet of cave diving. Now that there’s something new and undiscovered about a cave system in this area, exploring this flooded cave “firsthand” is going to be wonderful and fulfilling.

When we talk about avid divers, some underwater explorers have dedicated half of their lives to unraveling these caves. One of them is a cave explorer Bill Phillips. This man co-founded Quintana Roo Speleological Survey, a database with detailed maps of these labyrinthine systems so other explorers can understand and protect the area.

The man sadly passed away in November 2017. For more than 40 years until his last days, Phillips had dedicated himself to investigating the ancestral waters. To honor and appreciate what he’d done while he was living, the GAM team dedicated their achievement to the devoted underwater cartographer of this project.