You are here: Home / The Species / The Dark Knight’s ‘Harvey Dent’ Story Of Cane Toad In Australia

You either die a hero, or you live long enough to see yourself become the villain. That quote from Harvey Dent in the movie Batman: The Dark Knight, might be suitable to describe how Australian people see cane toad.

Another quote that might suit this reptile came from Friedrich Nietzsche, saying: “He who fights with monsters might take care lest he thereby become a monster. And if you gaze for long into an abyss, the abyss gazes also into you.”

As known as giant neotropical toad or marine toad, this animal is native to South and Central America. But if the toad is native to America, why do we talk about Australia? That’s exactly the topic we are going to talk about in this article.

The story is quite unique and kind of having roller coaster plot. Hence, it is an interesting story to talk about. 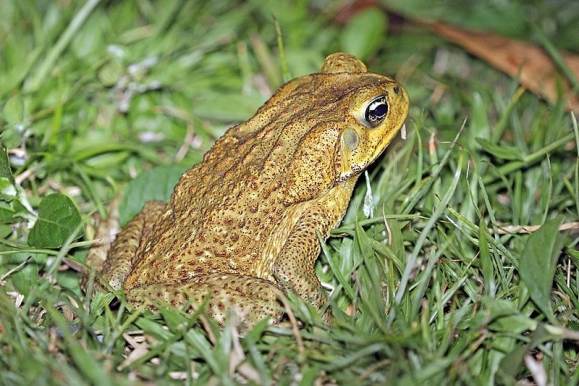 No, we are not talking about one of the bosses in Rayman Legends, but the cane toad that we have mentioned above. This toad might need the title because it can be a boss in real life, thanks to its terrorizing nature.

Cane toad is armored with toxic skin that would kill any predator quickly when eaten. This toad is also known particularly dangerous for dogs because dogs sometimes like to sniff it closely and then lick its own nose afterward.

Even its tadpoles are born already with enough toxicity to kill any predator eating them. That’s why, it is so hard to control the population of this toad by using natural predators. Only some particular circumstances can prevent the population boom of this animal.

That’s not the only thing with this species of toad. This animal is also known to have huge appetite with rodents, reptiles, amphibians, birds, and bats are among its favorite foods. However, it some cases, it also allows itself to eat plants, dog food, and household trashes.

See the problem here? With such huge appetite, impenetrable armor of toxin, and ability to lay thousands of eggs in one mating season, this toad can invade any land if there is no natural predator or particular events controlling the population. 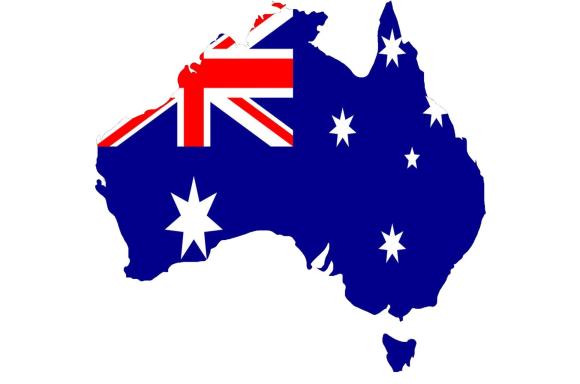 In 1935, Australia’s cane industry was devastated by the attack of cane beetles. Farmers suffered from huge loss because their crops didn’t grow as good as expected. Pesticides was not that popular at that time, and introducing a predator to the beetles was the most preferred option then.

The introduction of cane toad to Australia was first done in Queensland, where most of Australia’s cane industry existed. Indeed, at that time, it showed great result in eliminating the beetles. However, after the beetle invasion was over, what’s next?

People didn’t have much consideration about it back then, and let the toads roam the continent freely. The new problem was, there is no specific predator in Australia that would want to control this animal, nor any disease.

The only thing that can control this animal’s population in Australia is flood. Cane toad can die from experiencing flood because it absorbs moisture from the skin on its belly. In flooded conditions, the toad will absorb too much water and then die.

What Cane Toads Do In Between Days 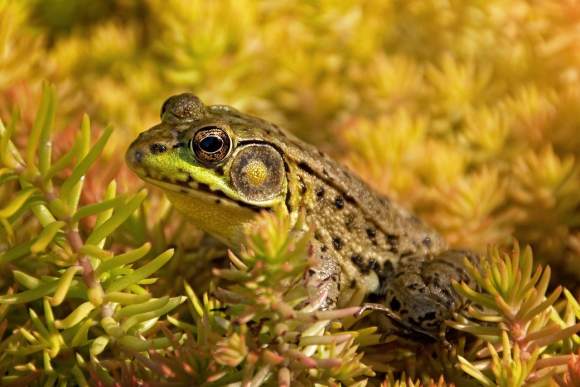 Introducing cane toad, which has huge appetite to anything it sees delicious, to a land with no natural predator and disease to control slowly exhibited a mistake. Their greediness for more food led them to spread their territory farther.

“They probably have moved about halfway through that tropical region of Western Australia. They are in very inaccessible country now in the Kimberley,” said Rick Shine, a professor in biology at the University of Sydney.

One thing that the researchers are worried about is the pace at they move. “It is very hard to get detailed information on exactly where the front is but it seems to be moving at 50 to 60km per annum,” Shine explained.

What the researchers know is that the cane toads are moving to a new place at night. “The guys at the invasion front up in the tropics are moving often kilometers in a single night and they have evolved this very distinctive behavior,” he said to BBC.

During their invasion, multiple cases of farmed and domestic animals found dead because of touching or consuming them have been reported. This makes the cane toad invasion in Australia is a worse case of invasion than rabbits. 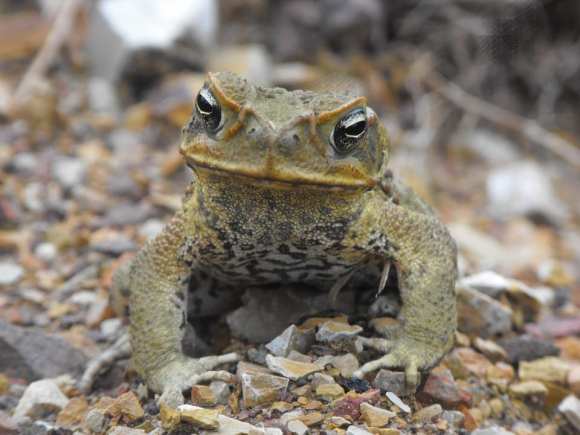 Their toxicity, appetite, and pace of invading new territories are not the only thing that environmentalists worry in cane toad. There is another problem that Australia have to add to their list: Australian cane toads are evolving.

An animal showing signs of evolution usually is an encouraging topic for researchers. However, in this case, having an invasive species evolving to suit the environment better is bad news. Let alone the fact that cane toads have only been introduced to the land 85 years ago.

What’s more about this case is, evolution happens to toads that live in areas outside where it was first introduced. This evolution thingy occurs to cane toads particularly inhabiting Western Australia. They grow bigger, have longer legs, and larger heads.

Researchers from The University of Sydney, The Australian National University and Macquarie University discovered further signs of evolution to Western Australian cane toads. They somehow changed their design by having longer rear legs and shorter front legs. This change allows them to mate and jump farther.

So, what do the researchers and environmentalists do to prevent further damage? Up until nowadays, they still try to find a good population control for this animal. In addition to that, researchers are also trying to build antibody in predators by feeding them sausage that contains small dosage of cane toad’s toxin.

Cane toad has never been a problem in its native land due to natural predators and disease. This case in Australia shows how introducing new species recklessly can cause a problem to the balance of nature. Well, you either die a pest control, or you live long enough to see yourself become the pest itself.

For 1 Hour, South Australia Was 100% Powered By Solar Energy