You are here: Home / Eureka Green / More Children Are Learning About Nature, Thanks To This Activist

We all know about the condition of this earth, and it is not really good. However, we still don’t know which generation is to blame for this condition. Well, blaming isn’t going to change a thing indeed. What we really need is a solution or at least a view, a ray of hope for the future.

Environmental activism is not a rare and strange thing to be found nowadays, because more and more people are aware of the real threats: pollution and climate change. However, such kind of ray of hope is pretty rare to find.

A young environmental activist named Greta Thunberg might be the ray of hope we are waiting for after all this time. Not only because she is young, smart, and brave, but also because she brings something that children book publishers call “Greta Effect”.

What is actually the Greta Effect? How will it give good impact to our future? Here, in this article, let’s talk about it.

Who Is Greta Thunberg? 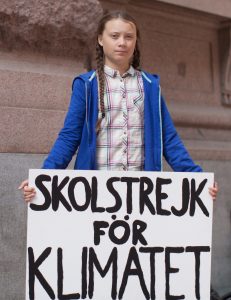 Her most noticeable action was in August 2018, when she was just 15 years of age. She decided to took off school, went to outside of Swedish parliament, and held up a sign calling for stronger climate action. Imagine 15 years old girl doing this.

Her action inspired more students to join the fight, and together all of those young activists formed school climate strike movement called Fridays for Future. Captivated enough? Well, it was just a beginning of her story.

After she addressed 2018 United Nations Climate Change Conference, she inspired more and more student strikes all over the world. The biggest run was two coordinated protests involving more than one million pupils each.

It was the time for her name to be known by everyone. Starting from her own idea to take off school and protested outside Swedish Parliament alone, she inspired more than two million pupils in just one-year period. She basically just did what we have been needing to do all this time, all by herself. 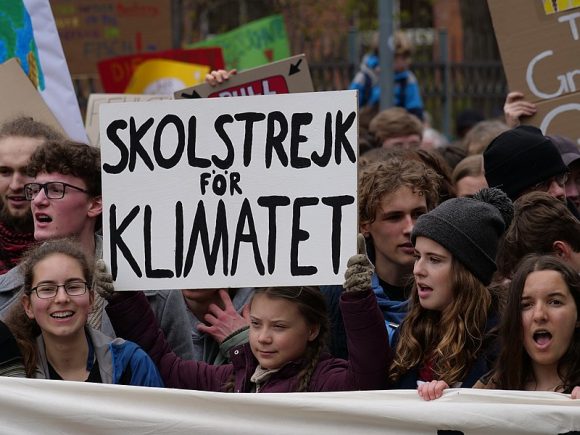 Well, what we mentioned above was only the intro of something might be even bigger. At least, that’s according to children book publishers. Since her story was exposed, and inspired the whole world, a boom of books aimed at inspiring and empowering young people to care about environment happened.

“I absolutely would say there has been a Greta Thunberg effect. She has galvanized the appetite of young people for change, and that has galvanized our appetite, as publishers, for stories that empower our readers to make those changes,” said Rachel Kellehar, head of nonfiction department in Nosy Crow.

It doesn’t matter whether the books are novels with apocalyptic climate change catastrophe like Where The River Runs Gold, or illustrated books like  A Wild Child’s Guide to Endangered Animals. The point is, the production and sale has been increasing ever since.

A story about Greta itself has been documented in a book entitled Earth Heroes. But if you are still asking how big is the Great Effect, you should know that since the exposure of Greta to the world, the increase of children’s environmental book sale is doubled.

That’s how big this thing is. More than inspiring the two million young people marching down the street mentioned above, her story as attracted the attention of many more young-environmental-activists all around the world to at least learn what happened to this planet. 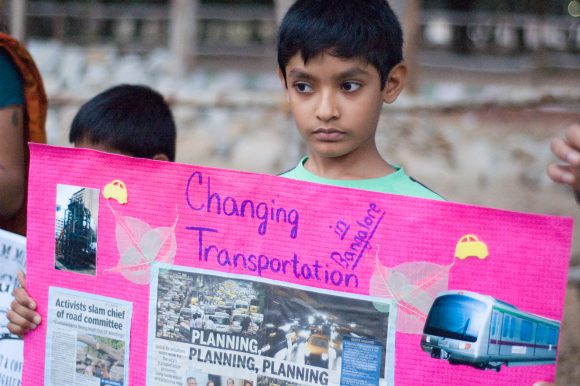 With such kind of trend, the publisher felt the urge to fasten the whole distribution process. Oh, and yes, Greta has been nominated to be awarded a nobel prize for the inspiration to young people all over the world.

“We feel it’s important to get that message out as soon as possible, and that is partly driven by the Greta effect. Whether or not she wins the Nobel peace prize, October will be a key moment to reach out and say Greta’s doing this amazing thing,” Kellhar said.

Yes, Greta is big, and the things that follow her action are even bigger. But that doesn’t mean that Greta is our only hope. There are so many other unknown rays of hopes all over the world scattered and most of them unnoticed.

“Lots of other people you’ve never heard of all around the world are doing amazing things. From young girls in Indonesia who have got plastic bags banned, to an engineer in India who is creating artificial glaciers,” Kellehar explained.

Yes, all of those amazing people are also featured in the book. Earth Heroes is basically a compilation of inspiring environmental stories from all around the world. “This is a book about people who are finding different ways to confront climate change head on, wherever it is affecting them,” said Kellehar. 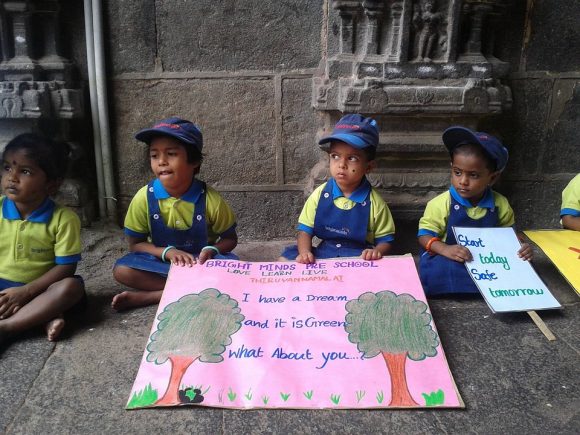 Inspiring millions of people is not the biggest compliment that Greta received. It is something even bigger, when OPEC (Organization of the Petroleum Exporting Countries) stated that Greta along with other young activists are their greatest threat.

“Our biggest compliment yet,” said Greta in her tweet. Yes, she is pretty active too in social media, and almost every single post she made is inspiring and informative. In example, an Instagram post that has been quoted by The Guardian is inspiring more young activists to do what adults should have done long time ago.

“Time is much shorter than we think. Failure means disaster. The grown-ups have failed us. And since most of them, including the press and the politicians, keep ignoring the situation, we must take action into our own hands. Starting today. Everyone is welcome. Everyone is needed. Please join in.”

Greta might be a ray of hope for us all, but we need to nurture her spirit to prevent it from dimming. And we also need to nurture other “unknown rays” like what Kellehar mentioned. Maybe even light up our own rays, starting from teaching our children about the environment.

We all know that the deadline gets closer and closer each day, but we still have hopes. We can change if we want to, and we must change because we need to. Greta is one of us, so what’s the difference between her and us?