They Say There is a Climate Change, but Why is the Weather Cold?

You are here: Home / Hello Earth / They Say There is a Climate Change, but Why is the Weather Cold?

We’ve all been hearing about climate change for the longest time and we’ve seen the effect of it a lot. And yet there are people who are, up until now, not convinced that this phenomenon is happening.

Despite the fact that there are higher percentage of droughts, wildfires, polar vortex (which happened recently), blizzards, and super cold weather, some people are simply not convinced that something bad is happening on Earth. Their arguments are usually, “Well, the weather is still cold, there’s still snow, we can still get clean water.” and many more.

Basically, they’re saying that if global warming or climate change is really happening, then why is the weather not hot? Why does winter still exist?

One basic answer that you can give is that climate and weather are not the same thing. You define climate as the average weather patterns in an area within a long period of time.

For example, the condition in Mediterranean and European temperate zones would be entirely different from the cold Arctic tundra. The climate of each region has got day-to-day fluctuations in temperature, precipitation, air pressure, and many more. Those daily variations are what you call a weather. 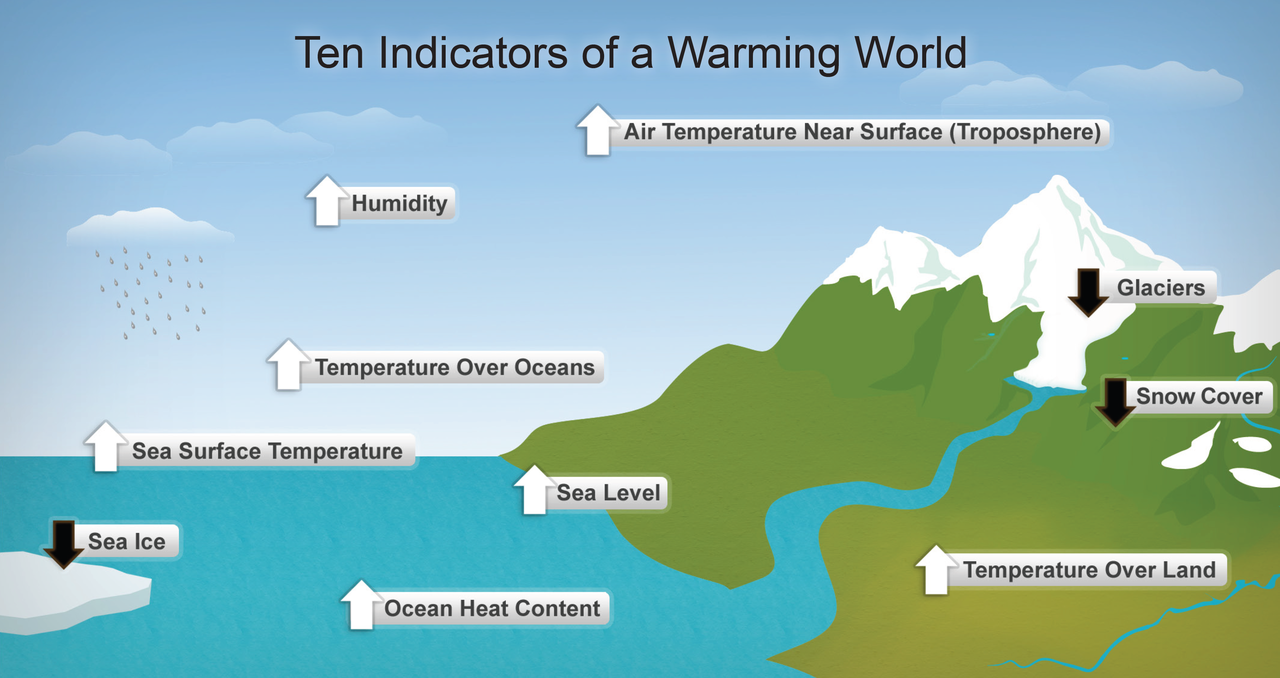 Global warming is a term which have been popular since a few decades ago. Simply put, it’s a natural phenomenon caused by greenhouse gases that trap heat in the atmosphere and thus warming the average temperature of the planet.

Records show that high temperatures in a lot of places are one of the negative impacts of this phenomenon. But in modern times, scientist have found out that when the level of gases like carbon and methane rises, the atmosphere changes. This leads to more climate changes, not just warming.

What are the changes? North America gets cold Arctic air while some parts of the world gets excruciatingly hot. Also, the cold air brought by polar vortex might become increasingly unstable.

Don’t forget that Australia experiences devastating drought, and there have been reports/accounts of countries which used to snow heavily on winter, but now there’s not even a single drop of snow. 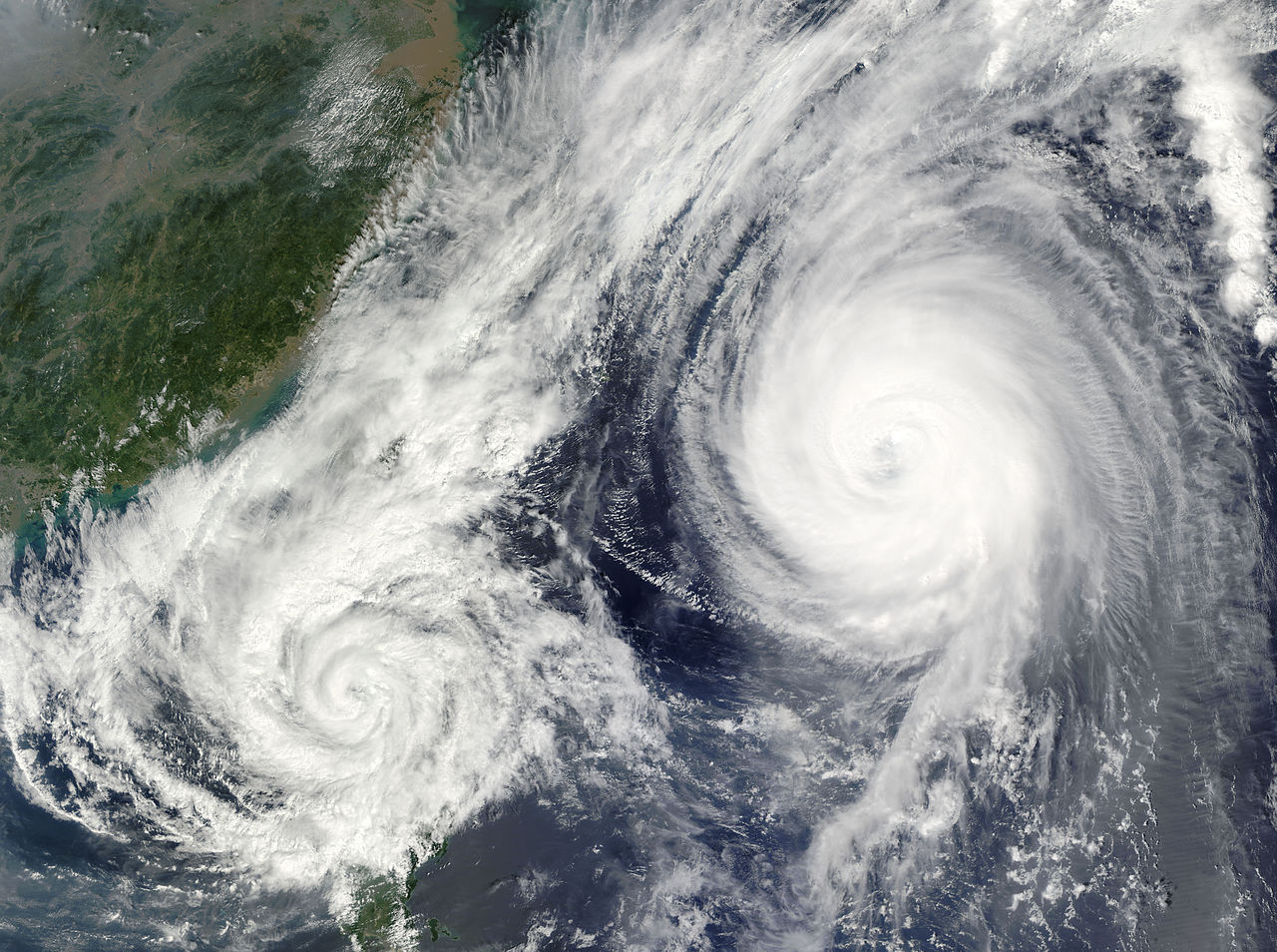 Since Arctic air now flows into southern regions, places like North America, Canada, and other countries near Arctic could see harsher winters. A study published in the Journal Nature Geoscience in 2017 concluded that there’s a link between warmer Arctic temperatures and colder North American winters.

A separate study published in March 2018 in the journal Nature Communications found similar link. But in this study, the researchers predicted that the northeastern part of the U.S. are the one that might get it harsh.

The study author Jennifer Francis said, “Warm temperatures in the Arctic cause the jet stream to take these wild swings, and when it swings farther south, that causes cold air to reach farther south. These swings tend to hang around for awhile, so the weather we have in the eastern United States, whether it’s cold or warm, tends to stay with us longer.”

Read also: Researchers Are Planting Wildflowers To Save Our Future

Extreme weather because of climate change

Drought, blizzard, and cold temperatures aren’t just the only extreme weather patterns that might happen. There’s also jet streams, which is a high altitude winds that rely on the difference between cold Arctic air and warm tropical air to propel them forward.

When the air in the Arctic warms, those jet streams mess up with the weather patterns from circulating. As a result, floods last longer and droughts just don’t seem to come to an end. A study published in Science Advances predicted that deadly, extreme weather could increase up to 50% by 2100.

Thank god I’d be long dead when that happens, but no thank god at the same time because the younger generations would suffer. But really, even though I’m not dead yet (meaning it’s not 2100), I can see the effects of this climate change. Most of us do.

Read also: Climate Change Is Trying To Take Beer From Us

Climate is not the same as weather

As mentioned before, these two things are not the same, but it’s very related to each other. Weather is short-term and you can’t predict it so far in advance. If you want to ask weather and get correct/close answer, you talk to a weather prediction reporter or the likes. If you ask people who pass by, they’d say predictions based on the weather they’ve been familiar with.

On the other hand, climate is the average weather that happens over a long time. A cold month, season, or year doesn’t mean that the climate isn’t changing or warming. And, speaking of which, climate does affect the weather. A changing climate will also mess up the weather and more extremities can happen.

Heavy, intense rainstorms are mainly caused by the increase of temperature and heat waves now happen more often because our planet gets warmer.

Now, one case of heat wave and a huge storm does not prove that climate change is happening. You can hardly prove anything if something only happens once because there’s not enough evidence or data to back you up. However, we see not only one case of those extreme weather, do we?

Read also: What you need to know about Global Clean Water Crisis

This climate change will make heavy rainfall heavier and heat waves more frequent and hotter. So if someone argues that the Earth is just fine, show them cases of flood, drought, heatwaves, and extreme cold that keep worsening or happening in areas that are not the usual victims of these weather.

If we humans don’t inhabit Earth, things might be easier for this planet. Humanity has contributed to a lot of things that exacerbate the worsening conditions of our environment. And our relationship with the nature is sort of a paradox, really.

We live on Earth, we need the resources, but our presence and wrongdoings are the one that turns weather events into disasters. Climate change leads to more wildfires, but the way we manage land can be a factor to its severity. Rising temperatures of the sea could lead to stronger hurricanes, but we’re also the one that determine the damage.

And in turn, some environmental cases need human assistance/interference so that we can mend the things humanity has broken so both can thrive. It’s complicated, really.

Therefore, why don’t we keep trying to coexist well with the nature and environment so that the prediction in 2100 can be delayed further, or better, prevented?