You are here: Home / Hello Earth / Beavers Can Help Us To Mitigate Global Warming, Researchers Say

In one of our articles, we have explained how beavers can help people in United Kingdom to prevent regular flood. In the mission carried out in Lydbrook, Glouchestershire, a family of beavers were released into the wild.

Using the dam they build, they were expected to be able to store water and slows the peak flows during floods. Apparently, the beaver family succeeded to stop the disaster, thus many other places are adapting the method to get rid of similar problems.

The superhero story doesn’t stop there. In this article, the story about this animal continues, but we take it to the next step with bigger job for the animal. This time, Beavers are expected to be able to mitigate climate change, our worst enemy.

We said that we take this story to another level, but still we are talking about the same thing. It is about the importance of dams created by the animal. Not only for preventing flood, apparently the dams are important in many other cases.

Ben Goldfarb, in his newest book Eager explained that this animal is nature’s premier construction engineer. Goldfarb also said that beavers and their dams are more than flood-stopper animals. “The number of species that depend on these beaver habitats is virtually limitless.” as he said in an interview with National Geographic

“Classic beaver behavior, which every third grader can identify, is building dams. By doing this, they create ponds and wetlands that turn out to be important for many reasons. The first is biodiversity habitat, providing places to live for fish and wildlife,” Goldfarb continued.

One of the examples is how beaver dams support the lives of many creatures in American West, where the climate and environment is pretty dry. In that area, wetland just covers about 2% of total land area, even though it covers up for 80% of biodiversity.

This is why creatures like beavers which are able to create their own wetlands is very important in the area. Animals like frogs, salmons, and ducks depend highly on the presence of beaver’s dams in American West to live full cycle of their lives.

Okay, so for other wild animals that require wetlands to live their full life cycles, the presence of beavers are very important. But how about for us, humans? As explained above, beaver has worked as flood-stopper for us by building dams.

But keeping you dry is not the only benefit that we can get from them. There are many other services that they can give us. One of those benefits is filtering pollution in water by slowing down river steam.

For farmers, beaver dams can also give benefits by storing water for their irrigation system. This way, we don’t have to worry much about drought. From farmers to consumer, we can say that this animal more or less has helped us to put some foods on our table. Not only that, the dams can also act as firebreaks while also reducing erosion.

Knowing beaver dams can give us that many benefits, researchers from Utah tried to measure how much benefits that this animal can give us. They tried to calculate the worth of their works into numbers.

Apparently, the number reaches tens of millions of dollars annually for each river basin. Simply said, by reintroducing beavers to one river basin, means we have saved that much amount of money annually. 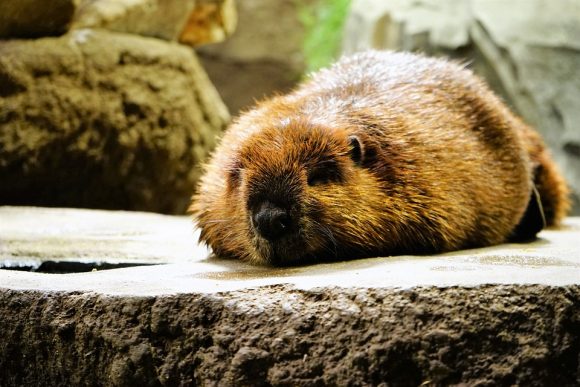 Talking about climate change, we should first see about the changes in the nature. An article written by Suzanne Fouty noted that nature nowadays is not the same with what it used to be, and most likely climate change and those changes in nature have some kind of connections.

“Atersheds have undergone multiple, large-scale changes such that current conditions bear no resemblance to pre-Euro-American conditions. Responses to climate change and climate variability have been greatly amplified as a result of those changes,” as stated in the study.

While researchers in Utah found that the presence of beavers in a river basin can benefit us tens of millions of dollars, but in fact the number should have been greater. Beside the benefits explained above, there is one more benefit that this animal can contribute: mitigating climate change by restoring the nature to ‘almost’ what it used to be.

A study conducted by researchers from University of California in Davis found out that beaver dams, both natural and artificial, are effective meadow restoration tools. In addition, the restoration will also result in less greenhouse gasses production.

The reason is simple, biodiversity around the dams help us to store carbons much more than ordinary dry grasslands can. “Beaver dams increase carbon storage by trapping sediment high in carbon and raising the water table, which expands the growth of riparian and aquatic vegetation,” as stated in the article. 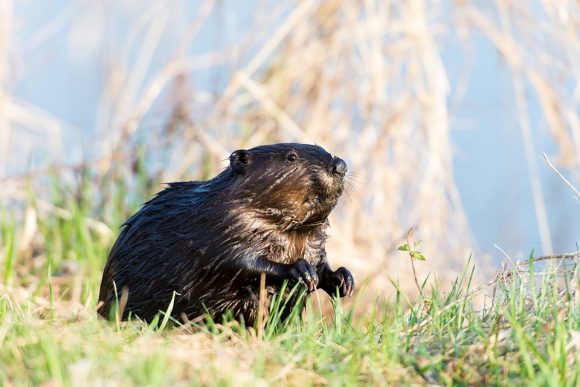 Having given us so much benefits, you might wonder that we should have gotten more if their presence alone means so much. That’s true, but the thing is that beaver’s population has not always been this many.

Yes, since the first encounter with this animal, human have been taking benefits from this animal but not in naturally beneficial way. For centuries, beavers were trapped and traded for their pelts. Our ancestors recognized this animal’s fur as great materials to make hats.

We have wronged this animal for centuries just to make good-looking hats! It resulted in dramatic decline of beaver’s population, especially in North America. Once there were about 400 million beavers living there, while by 1900 the number decreased to only 100,000.

Luckily, in early 1900s, people realized that they have done something wrong to this animal. That was the time when human started to make less beautiful hats and let more of this animal live to build dams.

“By building dams and creating ponds, they keep rivers and streams in Central Washington wet throughout the entire year. So beavers function as a climate adaptation strategy, compensating for the loss of snowpack and glacial melt,” as Goldfarb mentioned. So, want to say thanks to this animal yet?