You are here: Home / Hello Earth / New Study Finds That Cooking Pollution Stays in the Atmosphere for Longer

Turns out that cooking can be not an eco-friendly activity. At least that’s what a new study suggests. Apparently, particulate emissions from cooking stay in the atmosphere for longer than previously thought. This contributes to poor air quality and human health.

In the UK, cooking emissions account for up to 10% of particulate pollution. Researchers at the University of Birmingham has successfully demonstrated their findings. Emissions are able to survive in the atmosphere over several days. They don’t break up or disperse.

The team collaborated with experts at the University of Bath to show how these fatty acid molecules react with molecules found naturally in the earth’s atmosphere.

During the reaction process, a coating, or crust forms around the outside of the particle. That crust protects the fatty acid inside from gases such as ozone which would otherwise break up the particles.

This is the first time that scientists have been able to recreate the process. They’ve enabled it to be studied in laboratory conditions by using the powerful technology to follow the degradation of thin layers of cooking emissions’ molecules in minute detail.

It’s quite problematic that these particles are able to remain in the atmosphere. It has a number of implications for climate change and human health. Since the molecules are interacting so closely with water, this affects the ability of water droplets to form clouds.

Moreover, when the cooking emission particles form their protective layers, they have the ability to incorporate other pollutant particles. That includes the ones known to be harmful to human health such as carcinogens from diesel engine emissions. These particles can transport to over much wider areas.

Lead author Dr. Christian Pfrang said, “These emissions, which come particularly from cooking processes such as deep fat frying, make up a significant proportion of air pollution in cities, in particular of small particles that can be inhaled known as PM2.5 particles.

“In London it accounts for around 10 per cent of those particles, but in some of the world’s megacities for example in China it can be as much as 22 per cent with recent measurements in Hong Kong indicating a proportion of up to 39%.

“The implications of this should be taken into account in city planning, but we should also look at ways we can better regulate the ways air is filtered — particularly in fast food industries where regulations do not currently cover air quality impacts from cooking extractor emissions for example.” 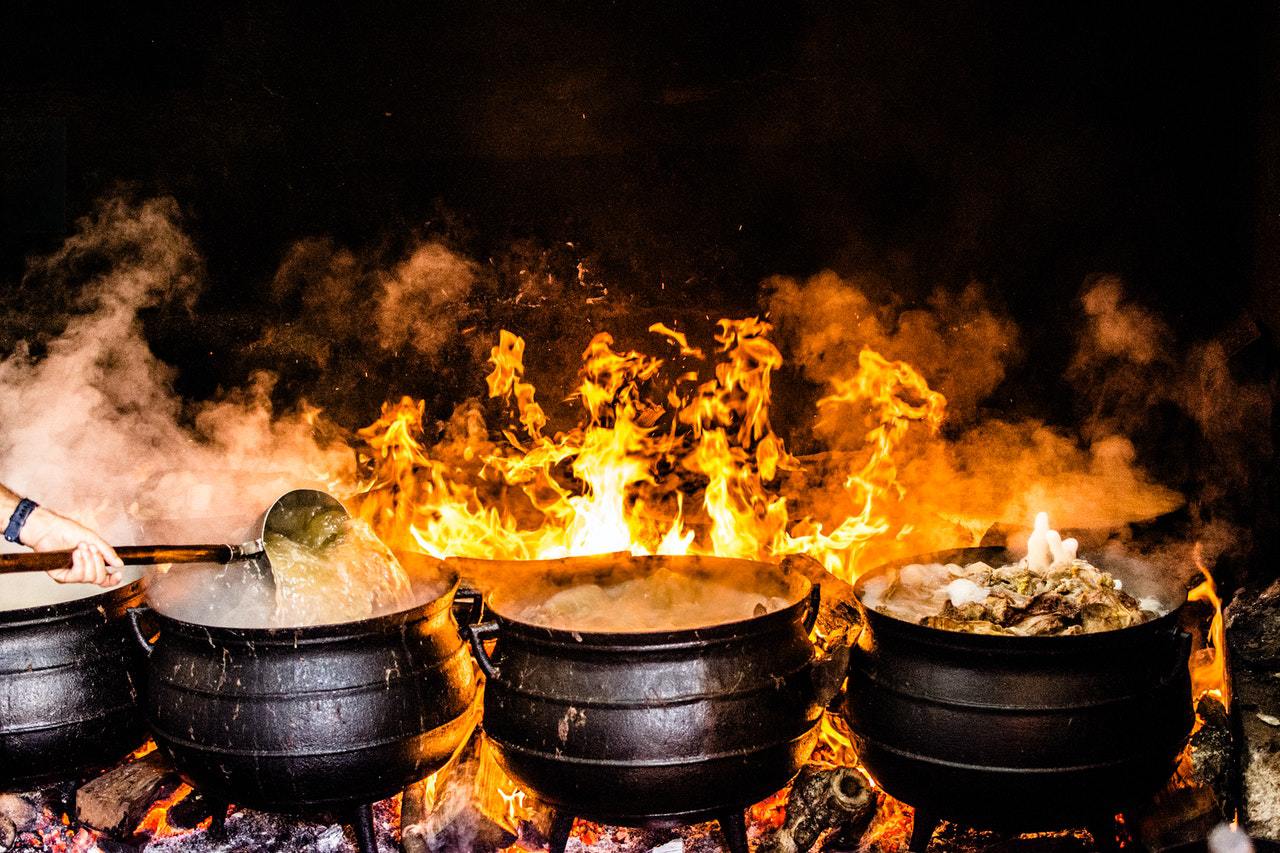 What about the ones using solid fuel?

Alright, we know that cooking emissions are not good. But what about the ones still using solid fuel? Will it be twice or three times as bad?

A 2019 study published in Nature Sustainability shows that some people in China are still reluctant to switch to cleaner energy. They still prefer traditional wood and coal burning stoves. This is despite the fact that the country is ahead of most low- and middle-income countries in its energy transition.

This finding is similar to a recent study done in India. You can read about it here.

Climate change and premature deaths because of traditional stoves?

In 2017, air pollution from traditional stoves contributed to approximately 2.8 million premature deaths. In addition, it’s also a major contributor to regional climate change. Governments, NGOs, and researchers have made efforts to incentivize households to switch entirely to clean fuel stoves and give up their traditional stoves.

Even in highly controlled trails, these efforts have largely failed.

Senior author Jill Baumgartner said, “Families have used their traditional stoves for generations. People know what foods taste best with those stoves and how to best use them so that all energy needs are met.

“Clean fuel stoves do not always meet all of the energy uses provided by traditional stoves, and may also pose additional costs. The desire to continue using traditional stoves is also seen in the U.S. and Canada, where many homes still use wood fireplaces for space heating despite being well-equipped to only use gas and electric heaters.”

The researchers gathered data from over 700 homes in three provinces in China (Beijing, Shanxi and Guangxi). They used a photo-based questionnaire, which allowed participants to point to each type of stove that they had ever owned.

Then they asked questions about the frequency and timing of use, as well as what fuel types they used with the household stoves.

First author Ellison Carter said, “We were surprised by the number of stoves current used in different homes, sometimes up to 13 different cooking devices and 7 different heating stoves.

“We were also surprised to find that most homes that had first started using clean fuels well over a decade ago were still using their solid fuel stoves, again highlighting the enormous challenge of achieving exclusive use of clean fuel stoves.”

Common traits among the ones who stopped using traditional stoves were that they tended to be younger, more educated, and had poorer self-reported health.

The ones who adopted clean technology tended either to be younger or retired, lived in smaller households, and had a higher income. 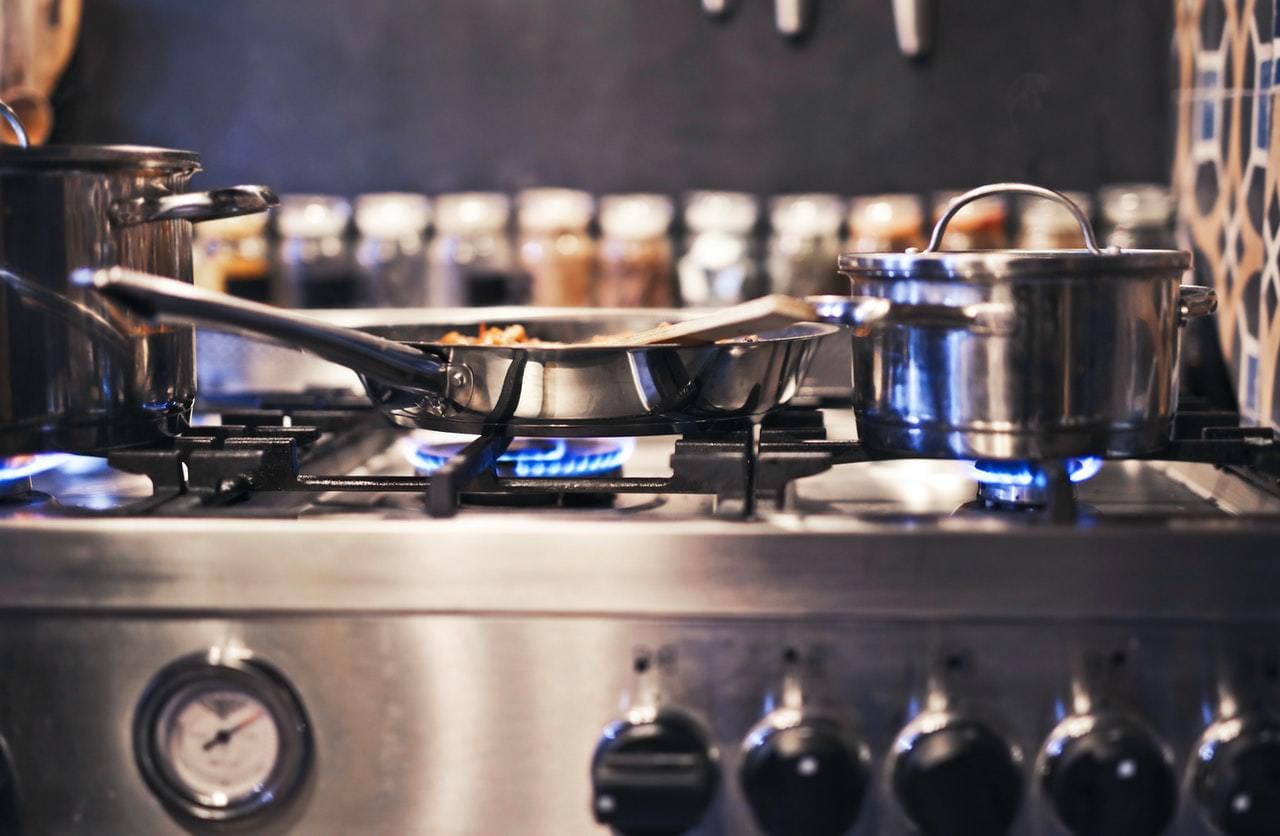 This 2019 study focused only on China, the home to over 500 million solid fuel stove users. It was an important task for the researchers to generalizable these results from China to other countries with different levels of economic development.

For this work, the researchers obtained a number of nationally-representative datasets on energy use from India, Cambodia, and number of countries in Sub-Saharan Africa to empirically assess this same question in other settings.

US National Institute of Health had funded the researchers to develop a framework on the household and community factors that can facilitate suspension of solid fuel stoves.

Baumgartner said, “We have good evidence from many countries on the policies and program that can promote the uptake of clean fuel stoves. We now need to better understand the individual or combinations of policies and programs that can accelerate the suspension of solid fuel stoves, particularly for the poorest and most vulnerable.”