You are here: Home / The Species / Meet Diabolical Ironclad Beetle, The Hardest Beetle On Earth

Diabolical ironclad beetle is just like any other beetles, or maybe even more ‘beetle’ than other beetles in appearance. Scientifically called as Nosoderma diabolicum (also previously Phloeodes diabolicum), the beetle is usually found in arid areas of western coast in United States of America.

But why is it named so? This beetle might not have to seem so intimidating, and it also doesn’t consume human flesh. But the name of this beetle can say a lot of it. This beetle is tough as a tank; thus, the name suits it very well!

Here we present you one of the most incredible beetles on earth: the diabolical ironclad beetle! 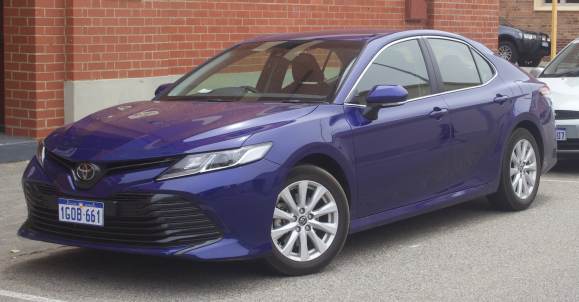 This creature will just enjoy its life and continue living without any worry. The reason is, an ordinary car is not able to crush this beetle only by the weight. The secret lies in diabolical ironclad beetle’s extremely sturdy exterior.

Its thick, densely layered, interlocking elytra is the reason for its incredible toughness. Elytra is the hard forewing we usually see beetles have to hide its hindwings. Its function is indeed as a protective shield for the thin and fragile hindwings because of its importance.

The elytra of diabolical ironclad beetle are so hard that in 2015, Jesus Rivera experimented with the creature to test the strength of it. The experiment was so unusual that even you might find it strange for a scientist to conduct such test to a small beetle.

The beetle only played dead briefly before it twitched the antennae and walked away. Thus, if you see one of it and feel the urge to kill it, we don’t recommend using your sandal. Even a car cannot kill this bug, let alone your crocs.

For comparison, if only the experiment was studying the toughness of human, it would end up with a casualty. “That would jellify a human,” said David Kisailus of University of California who mentored Dr. Rivera’s experiment.

That much weight, compared to the weight of the beetle itself, can be compared to a 150-pound person surviving the crush of 25 blue whales. Even one blue whale is enough to crush a living person and turn it into hamburger patty.

Of course, the researchers don’t want to let the diabolical ironclad beetle keeps the secret for its strength to itself. The purpose of the seemingly extreme experiment was also to learn more about the secret behind its strength.

Not only it is built by layers of hard exoskeletons, but also because it has puzzle-pieces-like joints that will interlock perfectly when being pressured. This way, the beetle can protect its internal organs from being crushed when being pressured even with a car.

“Being able to study the internal structure, in 3D and at high resolution, was critical to observing and understanding the structures,” Dula Parkinson, an ALS staff scientist who was also the co-author of the study explained.

“The ALS was important to visualize internal fracture of the microstructure and capture possible toughening mechanisms,” Rivera mentioned. “The combination of great personnel to help with equipment setup, fast scanning times, and use of the mechanical stage allowed for a great experience that enabled this research.”

Many beetles can fly, and flying is so practical that it can be used as movement, food-hunting, and defense mechanism. Diabolical ironclad beetle is one of some insects that cannot fly, thus it needs to develop something that at least will work as a defense mechanism from predators and other dangers.

Researchers concluded that the hard elytra are needed to compensate its inability to fly. “That’s its adaptation. It can’t fly away, so it just stays put and lets its specifically designed armor take the abuse until the predator gives up,” said Kisailus.

The defense mechanism is so guaranteeing for the beetle, thanks to extra reinforcement in the most fragile parts. “When you break a puzzle piece, you expect it to separate at the neck, the thinnest part. But we don’t see that sort of catastrophic split with this species of beetle. Instead, it delaminates, providing for a more graceful failure of the structure,” Kisailus explained.

This research can give us more hindsight about how to create a more powerful, stable, sturdy, yet flexible structures and materials. In the future, such technique might be applied into architecture, machinery, and other practical uses.

The exoskeleton of diabolical ironclad beetle can withstand up to 149 newton or almost 39 thousand times its body weight. Imagine if we build a tank as tough as the beetle. How can we not admire this beauty of nature engineering?