You are here: Home / The Species / Dragonfly, The Environmentally Important Fairy-Like Insect

A dragonfly is easily recognized by its unique shape of the entire body parts. The big round eyes covering most of its head, the body with the shape similar to matchstick, and two pairs of fairy-like wings are the most recognizable features of dragonflies.

When you visit urban area, you might often see dragonflies flying around smoothly in the air. But when you come back to the city, the existence of this insect is pretty rare to find. This is because the environments in the urban areas are usually cleaner than the most cities. 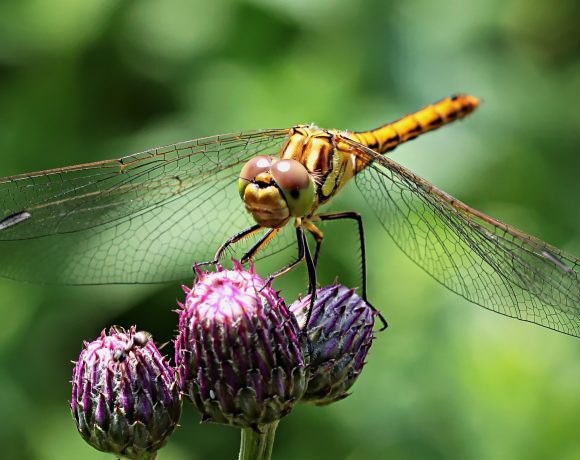 Like mentioned above, dragonflies can be the indicator of clean environment, especially water. And that’s why you may almost never see one flying around in big cities. This is because most of dragonfly species require some specific water condition to be able to live and breed.

Sometimes the requirements are very specific until the pH level and amount of nutrition in the water. Some species like Black darter and Four-spot chaser dragonflies prefer precise amount of acidity in the water before making it as their home base.

Because of their high demand of water quality, dragonflies are known to be the indicator of clean and fresh water. If you see dragonflies flying around an area, it means that a pure water source, whether it is a flowing river or just a small pole.

Some agricultural companies often make use of dragonflies to monitor whether the area that they are using or going to use is a good environment or not. So, you see dragonflies flying around your house? You should be happy. 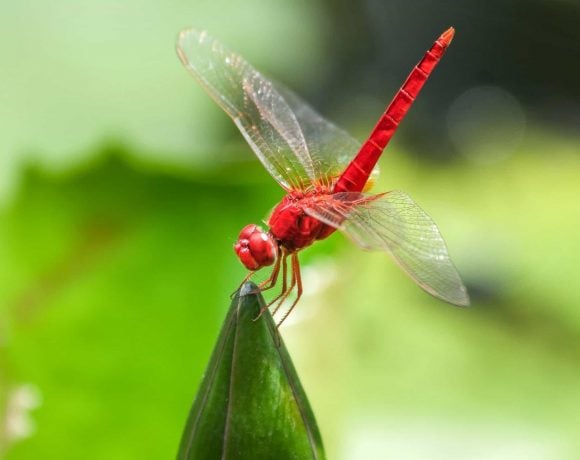 Dragonflies are carnivorous, and their diets are mainly smaller insects like mosquitoes and flies. Both of those insects are disease carriers that may threaten us. Thus, seeing dragonflies are more beneficial than seeing harmful insects that may give you various diseases and illnesses.

Adult dragonflies are highly skilled aerial assassins that can catch their preys airborne. Their exceptional flying ability, that makes every pilot jealous, is the main weapon they have. They usually just fly over their preys and catch the smaller insects using their bare feet.

Although there is no official record of the attempt to breed dragonflies for the purpose of getting rid of harmful insects, but many studies have proven that any dragonfly species is an effective pest buster. Not only in the adult stage, but they have started the purge since larval stage.

While adult dragonflies hunt for the adult insects, the dragonfly larvae also feed on harmful underwater larvae, like mosquitoes. And as stated above that they spend most of their lives underwater as nymphs, their contributions to prevent mosquito outbreak is important to human being. 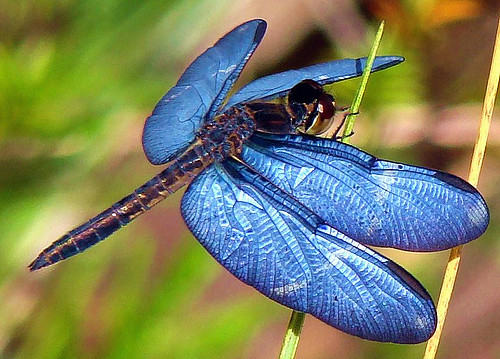 Dragonflies are not only famous of its flying ability, but also because they come in various beautiful iridescent or metallic colors. They usually come in copper, emerald, amethyst, sapphire, and other brilliant colors that will beautify the environments they live in.

In addition to the dazzling colorful appearance, dragonflies are completely harmless to human. They will not sting you because they don’t have the stings – their main and only weapon in hunting is their exceptional flying ability.

In many cultures, dragonfly also plays some important role, such as in Japan. A legend in Japan told a story about the country’s mythical founder Emperor Jinmu which was bitten by a mosquito. A dragonfly then snatched the mosquito and ate it, meaning that the Emperor and the dragonfly was on the same side.

Since then, Japanese people treat this animal as seasonal symbol associated with autumn, courage, strength, and happiness. In some native American tribes, dragonfly was also the symbol of swiftness and activity. While for Navajo people, dragonfly symbolize purity. 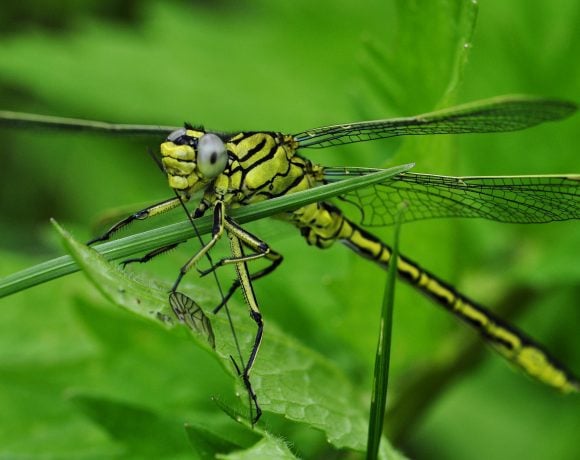 A study from Harvard University proved that dragonflies are highly efficient hunters. When a group of dragonflies and their preys were released into an area, and 95% of the dragonflies were proven to be able to catch the preys in their enclosure.

Looking on the data, it means that their flying ability surpass many other species of insects. Not only that, the natural predators of dragonfly are usually exceptionally fast flying animals, like swallows, falcons, and nighthawks.

Unlike other flying animals that can only fly into one direction, every dragonfly can hover in the air, fly sideway, and even backward. Overall, the dragonfly’s flying ability is impressive and it makes many scientists try to develop dragonfly-like robots and planes.

This is because each of dragonfly’s two pairs of wings can be controlled independently. This ability allows them to control and change the angle of their wings separately to make impossible flying maneuvers that no other animals can do.