You are here: Home / Uncategorized / Enset: False Banana from Ethiopia For Our Future Food Supply

This plant looks like banana with uncanny resemblance, but it definitely is not one. The name is enset or ensete, and people also call it as false banana because it is hard to tell which is which without knowledge about each species.

One of the differences between the two is the origin. Banana originated from Southeast Asia regions, while enset comes from Ethiopia. Also called as Ensete ventricosum, the plant is not as widely known as its compatriot because it never leaves its birthplace in Africa.

The second difference is that the fruit of enset is not edible. It might surprise you, because enset is actually a staple food for some people in Ethiopia. Well then, what’s being eaten by the people if the fruit is not edible like banana?

Let us tell you about enset, and how the false banana with inedible fruit can become the future superfood for us.

Set for the Enset 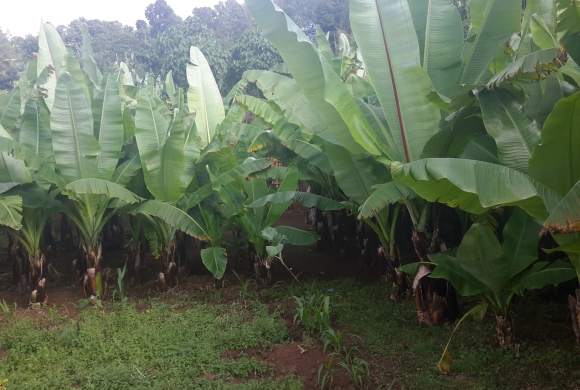 This is maybe the first time ever you hear about the plant called enset. Well, that’s nothing to worry about because this plant is not as famous as its cousin banana or other kinds of berries (yes, in case you haven’t realized it yet, banana is a berry).

The plant can grow up to 10 meters tall, and in its origin it is a wild plant. Such savage characteristics from a banana, right? Because of those characteristics, researchers call it as banana on steroids, in addition to how small the fruit of this plant is compared to its size (if you know what we mean).

So, what part of the plant is actually useful if the fruit is not edible and small? People in Ethiopian Highlands harvest the starchy rhizome or stems and bulbs to make a kind of flatbread called ‘kocho’ or some kind of porridge.

The starch harvested from the plant is fermented first before cooked and processed. “This is a crop that can play a really important role in addressing food security and sustainable development,” said Dr Wendawek Abebe of Hawassa University in Ethiopia.

Around 20 million people, or one fifth of Ethiopian population, rely on this plant as their staple food. But those 20 million people alone are likely the only people who cultivate and eat the food produced from enset, since it is not done anywhere else in this planet. 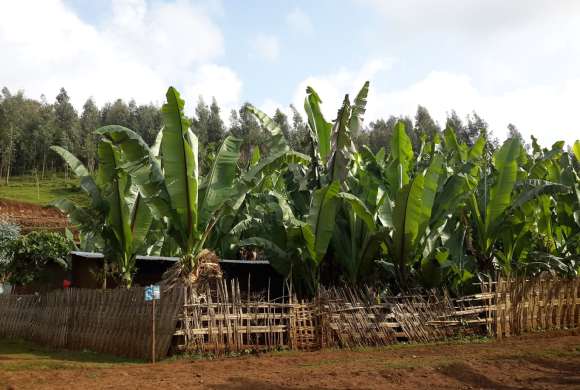 There are several reasons why this plant is great to be cultivated worldwide to tackle food insecurity. First reason is because it can be propagated clonally, which means the copy of it will grow fast enough to fulfill the demands for it.

“We’re rather thinking about enset having a role as an emergency, famine food,” he explains. “In some regions farmers have half a dozen enset, and they are available in a crisis. This approach could be much more accessible,” said Borell.

The third reason is, this plant is a perennial that keeps on growing with increasing size. In this case, as long as we keep the enset alive, we will get more and more food stock. “It’s like a savings account of food, or an insurance policy,” Borrell says. “It buffers seasonal food shortages.” Pretty good, for a plant that hasn’t been found anywhere else except Ethiopia, right? 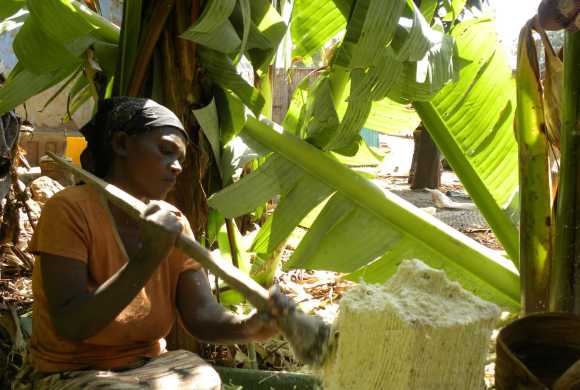 The previous statement might be shocking and contradictive because we said earlier that the plant has the potential to be superfood. But indeed there is a mystery here that even researchers are scratching their heads finding the reason.

Dr. James Borrell of the Royal Botanic Gardens said that this is one of the great botanical mysteries. “Normally, when plants are really useful, they spread,” he said. However, enset can only be found domesticated in the Ethiopian Highlands.

Possibly, the reason is because the enset has been geographically isolated from outer world. Growing in the highlands of Ethiopia that is also called as ‘the roof of Africa’ can be a great limiting factor. In addition to that, there might also lack of cultural knowledge about the plant and how to use it in the outside world.

“The indigenous knowledge associated with it is very important too – cultivation is complicated, skills are needed, processing involves harvest techniques and fermentation to make it edible. So how do we debate sharing that knowledge fairly and equitably?” Borrell said.

“This study highlights the value of underutilized crops, and the wider potential they have to help us tackle challenges like food insecurity, particularly under climate change. These are grand challenges of the 21st century,” he added. 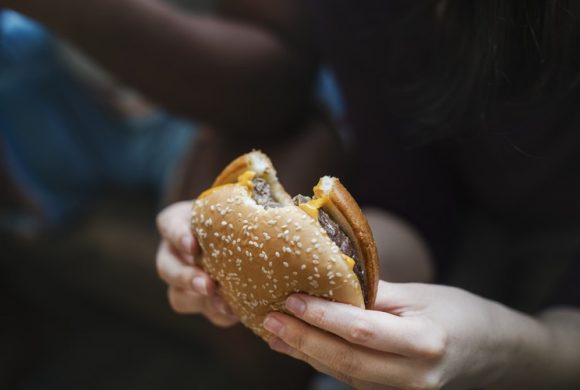 This plant can be superfood in a way that might be different from other superfoods such as blueberry and kale. Instead of giving you a lot of nutrients in small amount of consumption, this plant can provide you a lot of food security.

And after we introduced you to enset, there is something that we need to address. Why do we even need to talk about this kind of superfood? The answer is because our climate is changing nowadays, and we need to change our preference for crops.

Enset provides incredible strength in facing the changing climate because the plant itself is durable and stubborn. On the other hand, changing climate is threatening our food supply because a lot of species of plants are finding hard times to grow well with the changes.

If we start cultivating durable plants in this changing climate, we may be able to buy some time to find the way out to solve our climate problems. So, will you support the cultivation of stubborn plants like enset, in the future?

Something Is Happening With Our Banana Now, Similar To Coronavirus

Wanna Have a Small, Sustainable Farm? Get This Farming Kit

Whether You Like Algae or Not, It Will Be FnB’s Future