You are here: Home / The Species / Please Welcome The Toughest Bird On Earth: Kapinis

Katniss Everdeen is the main protagonist of The Hunger Games trilogy. She was depicted as a tough young woman to be able to take down corrupt government. She was nicknamed as ‘the mocking jay’, but we think the nickname ‘the kapinis’ suit her better.

What is kapinis and why it should fit Katniss better other than its similarity in name? Kapinis is a very tough bird, that some even depicted it as the toughest bird on earth. This medium-sized bird is so tough that even fierce birds like hawk or falcons are no comparison to it.

Also known as Apus apus or common swift, this bird was called swallow with no feet in ancient Greek. The thing is, it was called this way because of its incredible ability or toughness we mentioned above. No other birds could bear the name other than kapinis.

What is the real ability of this bird? Why is it comparable to Katniss Everdeen in The Hunger Games trilogy? Here is a short article about kapinis.

Kapinis Looks Similar To Many Other Birds 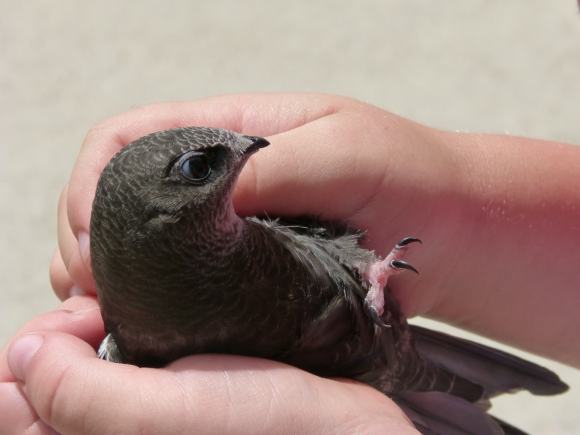 Kapinis is not a special bird in appearance, because it looks pretty similar to many other birds. Thus, if you think that it is special because of its appearance, you are wrong. We will surely talk about the ability of this bird later.

From its alias, common swift, you might have known that this bird is so common. It belongs to the Apodiae family, or swift family, and thus it looks like swallow. This bird superficially looks similar to barn swallow or house martin.

However, rather than swallow, they are closer to hummingbirds. Of course, the difference of size between kapinis and hummingbirds is pretty significant. While most hummingbird species are measuring around 7 to 13 centimeters, common swift are about 16-17 centimeters.

The wingspan of this bird is usually twice its body length, ranging from 38-40 centimeters. With this feature, when the bird flies, it will appear strikingly beautiful from below. Especially when it flies in flock in orangish afternoon sky.

Here, we are getting warmer to the special ability that makes this bird special in the first place. One keyword that you should know upfront is how it was named Apus apus. As it means the bird doesn’t have foot, it was because the bird never set foot on land. 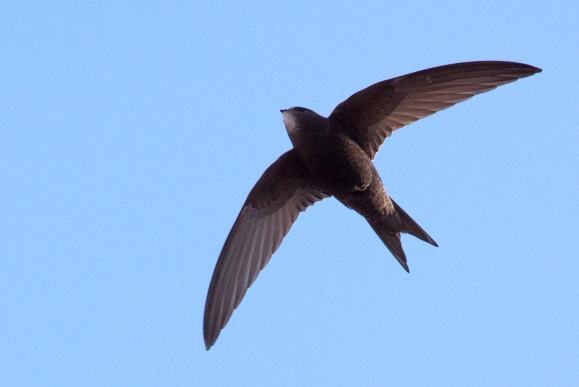 Just like any other flying birds, kapinis fly for some purposes such as to catch food, to move from one place to another, to avoid predators, and many other purposes. But among those purposes, there is one particular purpose that makes this bird special.

Common swift is a migratory bird. Its summer breeding range spans from Portugal to China, which means it is spanning from far west to far east regions of Eurasia continent. It also spans from the northern part of Eurasia to northern Africa.

From those regions mentioned, we know that this bird fly far in distance for migration. This is where the magic takes place. Some kapinis are able to fly for 10 months straight without landing at all except when it is nesting thus it got the name Apus apus (without foot).

It can move from one place to another nonstop for 10 months, like no other birds on earth can do. But how about eating? They can eat midair, and drink water by taking dip in water bodies. Some of us might have witnessed how kapinis do this stuff midair.

That’s why, over lifetime, the bird can cover millions of kilometers in flight. More amazingly, they can go as fast as 111 kilometers per hour. More amazingly, it usually enters its nesting holes by aiming into it and entering with direct flight with bullseye precision. 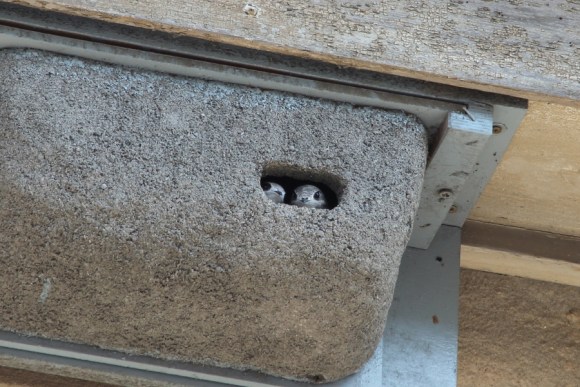 There are other unique facts in addition to its flying method that kapinis has, such as its nesting behavior. They don’t usually build their own nests, except it is very urgent for them, and take over former woodpecker tree burrows.

In Bialowieza forest of North Eastern Poland, there are around 600 reported nests of kapinis that used to be woodpecker tree burrows. In RSPB’s reserve at the Caledonian Forest in Abernethy, Scotland, a small colony of this bird were found in woodpecker holes and tree nest boxes.

But there is another side of this story that’s a little bit saddening. All of those woodpecker holes that this bird used to use as nests usually exist in ancient forests. However, with nowadays human activities, some of those forests are cut down.

It resulted in adaptation to huge number of Apus apus flocks that now build nests in their new environment. Using their incredible flying ability, the bird catches airborne materials while flying and bond it with their saliva.

They attach it into chosen man-made gaps and hollows, and then live there like they used to in peaceful woodpecker tree burrows. Sadly, most of the times, their nests are removed by human for aesthetic purposes (because it makes the buildings look less good). 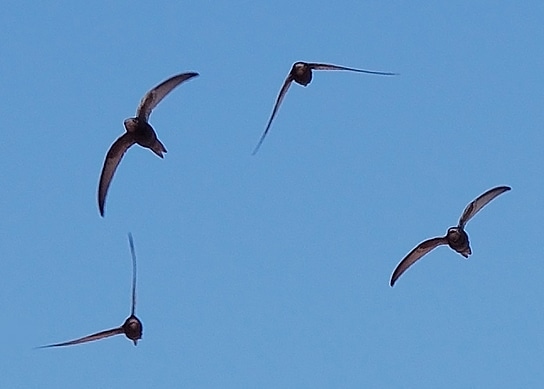 Kapinis is a tough bird since the beginning, as soon as it hatches from the egg. Young birds may survive without food for few days and suffer from no health conditions, thanks to their ability to drop their body temperature and metabolic rate.

They are even able to enter torpid state during this ‘fasting’ period. Torpid state is a state when an animal reduces its physiological activity enabling it to survive periods of food availability. It is pretty similar to hibernating which doesn’t necessarily occur only during winter.

Later on, they grow to be birds with the ability to spend 99% of their time midair. Andres Hedenstrom from Lund University studied the behavior of this bird and found that they don’t even sleep during their migrating period.

“The results have important implications for understanding physiological adaptations to endure prolonged periods of flight, including the need to sleep while airborne,” as stated by Hedenstrom in his study conducted in 2016.

Apus apus seems like they don’t need to land on the planet at all because they can do anything midair. Their only times spent on land is 2 months nesting period, and 99% of time in the rest of the other 10 months are spent midair flying. Isn’t that incredible?