You are here: Home / Hello Earth / Let’s Learn About Tornadoes And How Can They Occur

Tornado is a natural phenomenon which appears as a column of rotating wind that comes in various size. The column of wind usually comes in contact with both the surface of the earth and the cumulonimbus clouds.

Being one of the strangest phenomenon in the world, tornado is always feared because of its unpredictability and power. The whirling wind has been recognized as one of the greatest natural disasters in the world.

This phenomenon is often found in northern hemisphere of the earth, mostly in northern America. when the whirling wind appears, it brings terror to the residents because of its destructive power that may destroy the whole city in just a zip. In this article, we will talk about the phenomenon and how can it form. 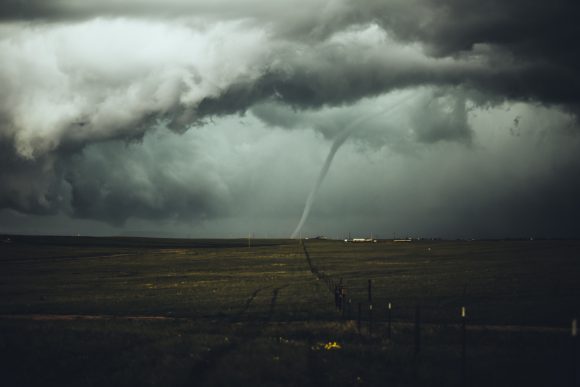 Most tornadoes don’t last too long, they usually last no longer than 10 minutes, said Harold Brooks, a research meteorologist at National Oceanic and Atmospheric Administration. However, the destruction they bring is comparable to a mini apocalypse.

With concentrated force of wind that may reach up to 180 kilometers per hour, most buildings will not last when struck by it. Our pop culture even often depicts the power of tornadoes to be able to fly big fat cows up to the sky.

Although the force of wind is concentrated around the column, what brings people more terror is the fact that tornadoes are stationary. The column of whirling wind is moving from the forming spot to areas around it a few kilometers unpredictably before dissipating.

In the scaling method, 0 and 1 are categorized as weak tornadoes, 2 and 3 describe the stronger ones, while 4 and 5 are used to describe violent level tornadoes. In example, an EF0 tornado might be able to damage trees but not substantia structures, while EF5 tornado can rip buildings, even skyscrapers, off their foundations. 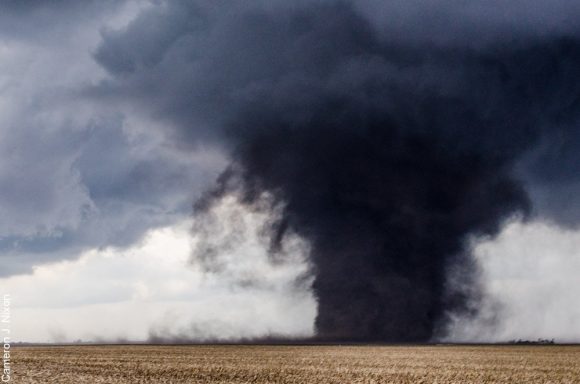 Like mentioned above, in North America the phenomenon is pretty common, especially in May and June. NOAA reported that in average 60 people lost their lives because of tornadoes in their area, mostly because of flying or falling.

The deadliest ones if counted from the number of victims are not the small to medium sized tornadoes, which are more common to happen. Half of the fatalities are caused by the most violent ones, said Brooks as stated in National Geographic.

This is interesting, since there are only one percent of the tornadoes are categorized as violent. Thus, not only the deadliest ones, but those tornadoes are also the rarest ones to occur. However, looking on the size and power of violent tornadoes, the number might make some sense.

Having more power and destructive potentials, violent tornadoes also last longer than the lesser ones. While usual tornadoes only last about 10 minutes, the violent ones might last up to 30 minutes lone. Of course, it would be the biggest terror for people living in areas where tornadoes usually appear.

How Does It Form 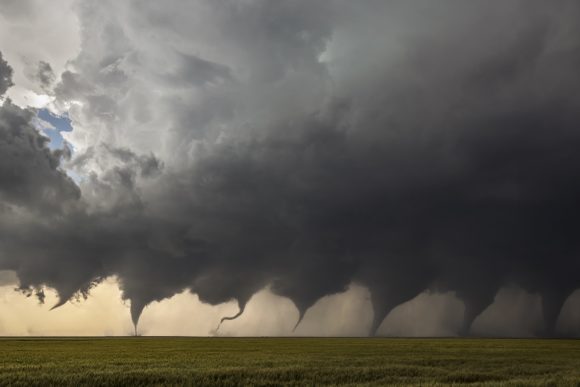 The ingredients include cold and dry air up in the atmosphere and warmer air that brings more moisture lower near the earth’s surface. “The warm air will be buoyant, and like a hot-air balloon it will rise,” explained Brooks.

As the buoyant air rises, it will push the horizontal vortexes of air on the ground into vertical position. The vortexes keep spinning as it rises but slowly by sure they will dissipate. However, not all of those vortexes dissipate, leaving the strongest ones that keep spinning.

Supported by winds that increase in strength and change direction with height, the condition will form what is called as supercells. “Then the updraft tends to rotate, and that makes a supercell,” said Brooks. The descending movement of air from the supercell might cause rotation toward the earth’s surface and this is how a tornado is formed.

Funnily, scientists who study tornadoes and other similar phenomena can understand how they are formed, but not how they die. “We don’t understand how tornadoes die. Eventually the air gets too cold and it chokes off the inflow of new air into the storm, but we don’t know the details,” said Brooks. 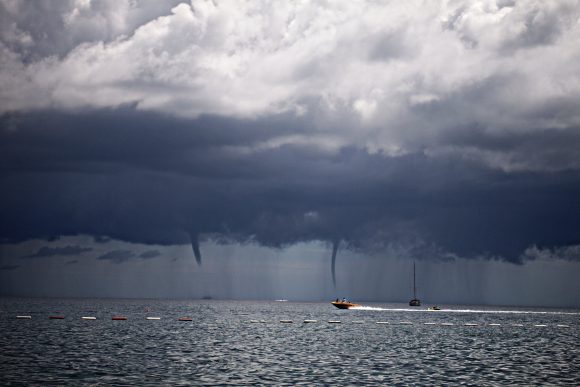 Tornado is not the only member of the family, it also has what might appears as the brothers and sisters. Have you heard about waterspout, dust devils, fire tornadoes, and steam devils? Yes, those natural phenomena appear pretty similar to tornado.

However, each of those have different characteristics with tornado. Fire tornadoes appear when tornado-like circulation occur near fire or heat source, thus producing a tornado of fire. While waterspouts are some kind of tornadoes that occurs in the middle of the ocean.

Looking on those different elements that may affect the appearance of tornadoes, maybe we can say that the phenomena can occur in four elements – wind, water, fire, and dust. Such an interesting natural phenomenon, right?

California Wildfire And Why We Can Relate It To Climate Change

Maybe We Can Choose The Way Human Kind Extinct