You are here: Home / The Species / Narwhals, The Swimming Unicorns Of The Arctic Ocean

Unicorn is a mythical creature, even some of us believe that it actually exists. Well, what if unicorn actually exists? But not in the forest, they live in the arctic sea. Meet narwhals, the sea unicorn that swims along on the north pole area.

Since mediaeval times, this animal was already famous for its unique horn. That time, the horn was of ten given to royalty in the name of “unicorn horn”, and maybe that’s how a story of unicorn spread. A more-than-10.000 Dollar worth horn was once given to Queen Elizabeth in 16th century.

Until today, narwhal is still a fascinating creature for us because of its features, the horn. How can they grow that unicorn horn? Where can we find this creature, because it is like none of them can be found in the aquarium? Here we try to answer those questions.

No Narwhal Is In Captivity 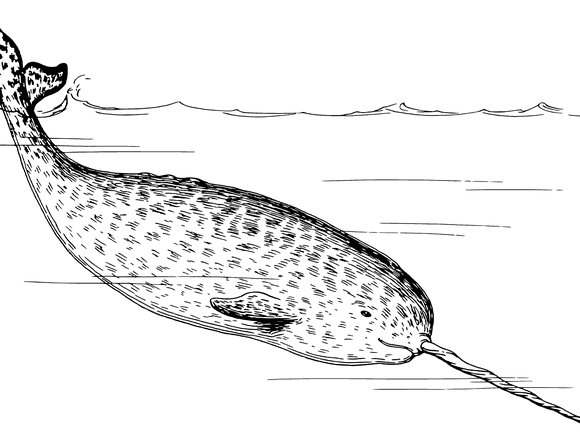 You may can only see it in the television or internet, because there is none of them is kept in captivity. Yes, you can catch narwhals, but you cannot keep them out of its natural habitat. Narwhals die easily if they are being kept in captivity.

Unlike their cousin, beluga whales, that can be kept in an aquarium, several attempts to put narwhals in aquarium always resulted in the animal dying in several months. They are easily stressed out and that’s the reason why they die easily in captivity.

In 1960s to 1970s many attempted to put narwhals in captivity whether for scientific purposes or for mere attraction purposes and none of them made it. That’s why, until now, people just let this animal swim freely in the vast ocean.

The Horn Is Actually A Tooth

Narwhal is famous for its horn that looks like growing right on the center of its head. But the horn is actually an exaggerated front left tooth that protrudes outside from its upper lips. While the front right tooth always remains short in its mouth.

This horn keeps on growing until the narwhal dies. That’s why, no wonder that the length of this horn can reach up to more than three meters long. While this is maybe the only straight horn ever been found in an animal, actually as it grows it tends to spiral to the left.

What’s unique from narwhal’s horn and teeth are the texture, the exposed bones are soft on the outside and hard in the inside part. This is the opposite of most animals’ teeth texture.

“No big surprise. It’s been opposite in every other way. But to find a tooth that is soft on the outside and has its most dense part around the pulp was completely odd,” said clinical instructor at the Harvard School of Dental Medicine, Martin Nweeia.

Looking on the texture, it means that the horn is both flexible and strong. Thus, the horn can be bend without breaking if they accidentally trip into something. Amazingly, it can be bend up until about a foot without causing any damage to the horn.

The Use Of The Horn 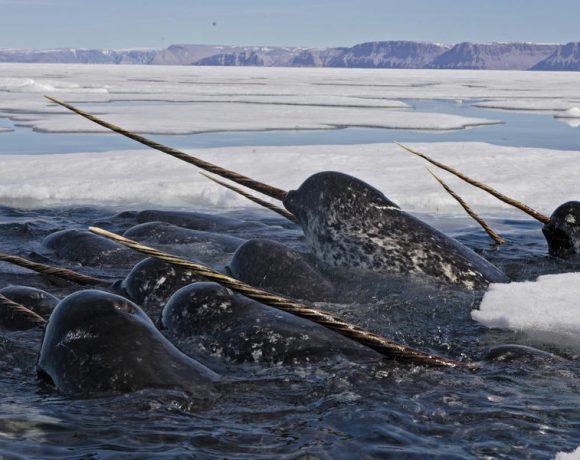 Many thinks that the horn is a weapon for narwhal, but the statement is lack of evidence. Although it looks like a sword that can thrust through skin easily, but no scientists have ever witnessed any battle using the “sword”. Some also thinks that the use is just to establish dominance among group members.

Some other suggest that the horn is an accessory that functions to attract mates, like the antlers for deer and the feathers for peacock. But this theory also lacks of evidence, because as stated before, the horn keeps on growing throughout its life and it means that the older it gets the longer the horn will be.

Nweeia tried to conduct an experiment to recognize the use of the horn. He suggested that it is actually a kind of sensor for the narwhals to measure the quality of water they live in. And this is strengthened by the fact that they cannot be kept in captivity.

Nweeia tried to enclose the horn with some kind of “jacket” to imitate external stimuli like water pressure, temperature, and salinity. In this research they found that different water sample caused fluctuation in its hear rates that means it can sense changes.

Indeed, the horn is full of nerves and has porous texture. “But regardless of the reason, the results suggest that narwhals can funnel water into their tusks to measure its salt concentration,” Nweeia explained about the result.

Not All Narwhals Grow Horns 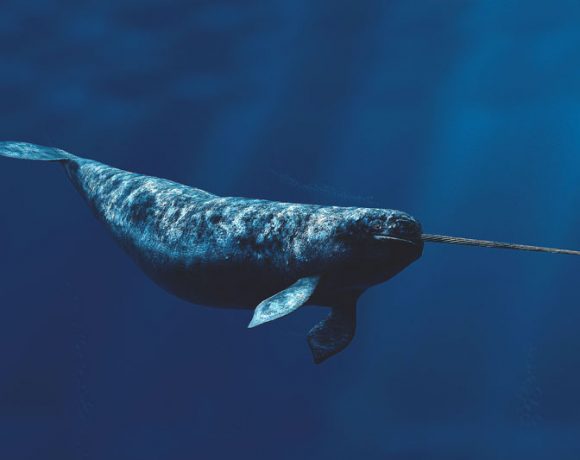 Although we have been talking about the narwhal horn all along this article, but in fact not all narwhals have it. In most of horned and tusked animals, both males and females have the feature. In narwhals, it only appears in the male ones.

But not only the males, about 15 percent of the female ones also appear to grow horns. This fact is interesting because it confuses the researchers about the function of the horn to narwhals. And it definitely not functions to attract mates because females also grow similar horns.

While based on the Nweeia’s research that determined its use for sensor of environment, why not all of them grow that horn? This makes researchers think that the use of the horn is merely to establish dominance among the member of the groups. 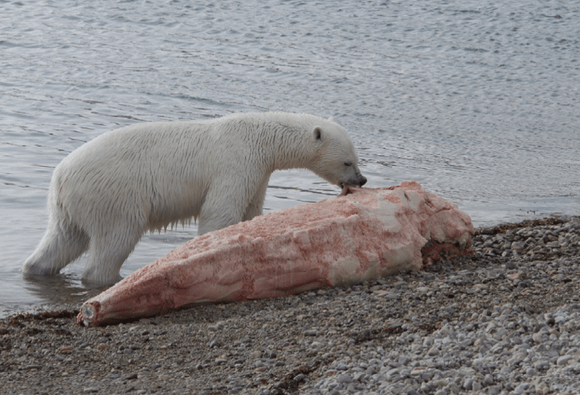 Inuit people and predators in Arctic area often consume narwhals to survive, while in fact, narwhal is a nutritious food. Not only because the meat provides enough protein to survive the cold, narwhals are also a good source for vitamin C.

The vitamin C is contained in its skin. An ounce of narwhal’s skin contains roughly as much as an ounce of orange. Thus, it means that the skin of narwhal can provide the same amount of vitamin C as provided by orange. This is important for Inuit people as they are far away from sources of oranges.

For those who live in cold areas like Arctic area, vitamin C is an important nutrition to keep their immune system strong. According to BBC, researchers stated that for some Inuit people who live in some parts of arctic, it is impossible for them to survive without supply of nutrition from narwhals.