You are here: Home / Hello Earth / Why You Won’t Be Able To Catch Fish In Ocean Dead Zones

Fishing is a hobby for many people, and even some people live from this activity as fishermen. If you know well about it, you will know that choosing a fishing spot is important. Thus, you might know that there are some places on the ocean where you will not get any fish at all.

Yes, there are some spots on the ocean that even if you are fishing for the whole day you will get no fish at all, the example is the ocean dead zones. There are many spots in this world called as ocean dead zones across the globe in America, Europa, and Asia.

What Are Ocean Dead Zones? 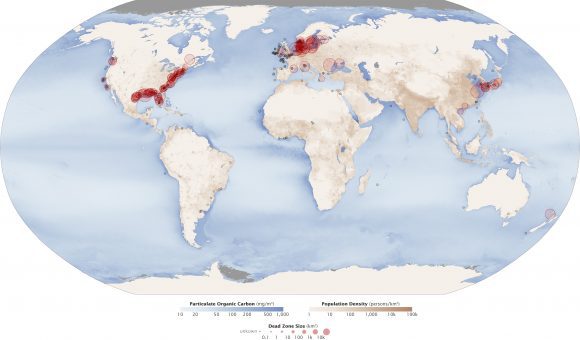 Dead zones are water areas that doesn’t have enough oxygen to support life, thus, sea creatures prefer to move away from that zone. That’s why, you will not find any sea creature to fish in that areas, both because there are not enough sea creature living there and those who live there are already dead.

The existence of ocean dead zones was first noted in 1970 when scientists found some spots in United States East Coast Chesapeake Bay and the mouth of Baltic Sea where the number of organisms is minimum. After the discovery, they conducted a study to research the water and found out that the oxygen level was so low.

Since then, scientists have discovered many other dead zone spots across the globe. Up until now, scientists have found more than 400 dead zones worldwide. And surprisingly, the number keeps on increasing time by time.

How Can This Occur? 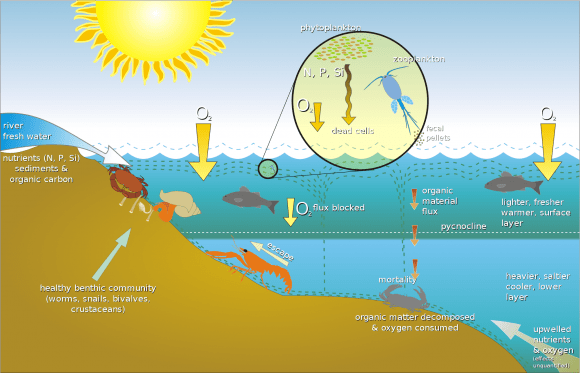 Eutrophication is the increase of some chemical nutrients called like nitrogen and phosphorous in the water. These chemicals are fundamental of those single-celled plants that require the availability of the eutrophic chemicals to grow.

And once the chemicals are provided in certain area, it may lead to a boom in certain types of phytoplankton population. This is often described as algal bloom that may injure the other organisms in the water area by consuming the oxygen supply.

“The fish-killing blooms that devastated the Great Lakes in the 1960s and 1970s haven’t gone away; they’ve moved west into an arid world in which people, industry, and agriculture are increasingly taxing the quality of what little freshwater there is to be had here,” said Limnologist Dr. David Schindler.

Recent increase of algal bloom and eutrophication may also because of human activities. A report found that United States meat industry is responsible for Mexican dead zone because the runoff of widespread manure and fertilizer caused a boom in algae population.

As we know, manure and fertilizer are making plants grow better and stronger. And since algae is somehow a kind of plant, they also get the benefits of it. Thus, it doesn’t need a large population of algae in the beginning to make a catastrophic dead zone.

The Effect Of Eutrophication 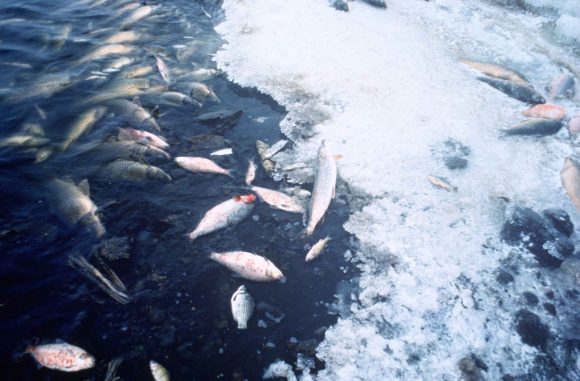 Schindler said that nowadays, because of many factors, this problem is increasing worldwide at alarming state. And if no further action is taken, the algae blooms may conquer the world’s ocean. “This isn’t just a prairie problem. Global expansion of dead zones caused by algal blooms is rising rapidly.”

Eutrophication will result in the decreasing amount of oxygen in the ocean, and since the ocean have so little oxygen, the organisms have two choices. Whether they suffocate to death, or to move away from the location.

By moving away from their harming ecosystem, the concentration of population may also be harmful to both the environment and the population itself. So, the eutrophication doesn’t need to cover the whole ocean to kill every single sea creature by itself to erase them all from the earth.

Thus, in overall, sea creatures are facing multiple problems with oxygen supply. In one hand, the algal bloom makes the oxygen level decrease rapidly, while on the other hand the ocean is not efficient in holding the oxygen for those creatures. 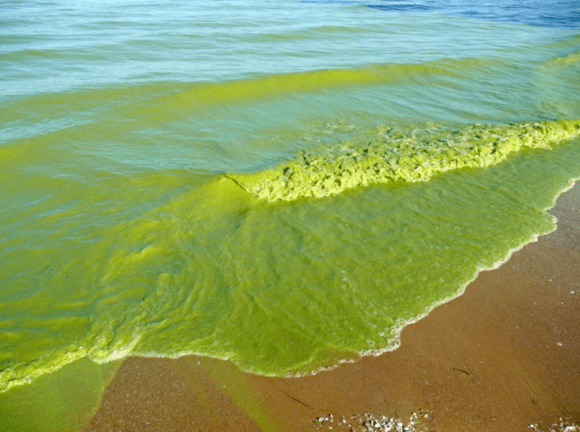 Denise Breitburg of Smithsonian Environmental Research Center stated that based on a study he conducted current level of growing dead zones on earth may lead to global extinction. “Major extinction events in Earth’s history have been associated with warm climates and oxygen-deficient oceans,” he said.

And as any other problems that the earth is facing, ignorance of people and government is always worsening them. Breitburg and his colleagues conducted a research about ocean dead zones found out that rapid growing of ocean dead zones hasn’t got enough attention from world governments.

“The consequences to humans of staying on that trajectory are so dire that it is hard to imagine we would go quite that far down that path,” he said explaining how human are not paying much attention to the growing problem.

And as mentioned above, when their natural environments are under the threats of changing to dead zone, fish and other sea creatures would likely to migrate to more unsafe areas of ocean. It will risk them more, and this is the point that most of us are missing.

We Can Prevent It

We know that the number of dead zones worldwide has been increasing significantly. However, it is not a total disaster, yet. We can prevent further spreading of the dead zones by doing some simple acts with great benefits.

As we know, the spreading of dead zones is also affected by human activities, so basically human can also help hampering it by reducing the harmful activities. Reducing agricultural runoff by utilizing two stage drainage ditches is one simple way to do it.

Hampering the negative effect of global warming and climate change is another way. However, it needs some acts done by governments and their regulations. Reducing fossil fuel emission is one example that may bring greater effect to the world, particularly to prevent further spread of dead zone.